It’s a project that Boogertman calls pulsating, and rightfully so. Debatably eclectic and somewhat ostentatious in its standing especially in a small city scape that is coming up in the Sandton area, the 102 Rivonia project does well to stand in its bustle opulence and maintain a steady poise. It is a building that taken away from its clichéd context would be too much to the eye, but Sandton is Sandton, and walking by it one can almost feel the signature of the Johannesburg city written all over the finely finished glass and spandrel facade that ovulates a sort new beginning for the corporate South African former mine town. 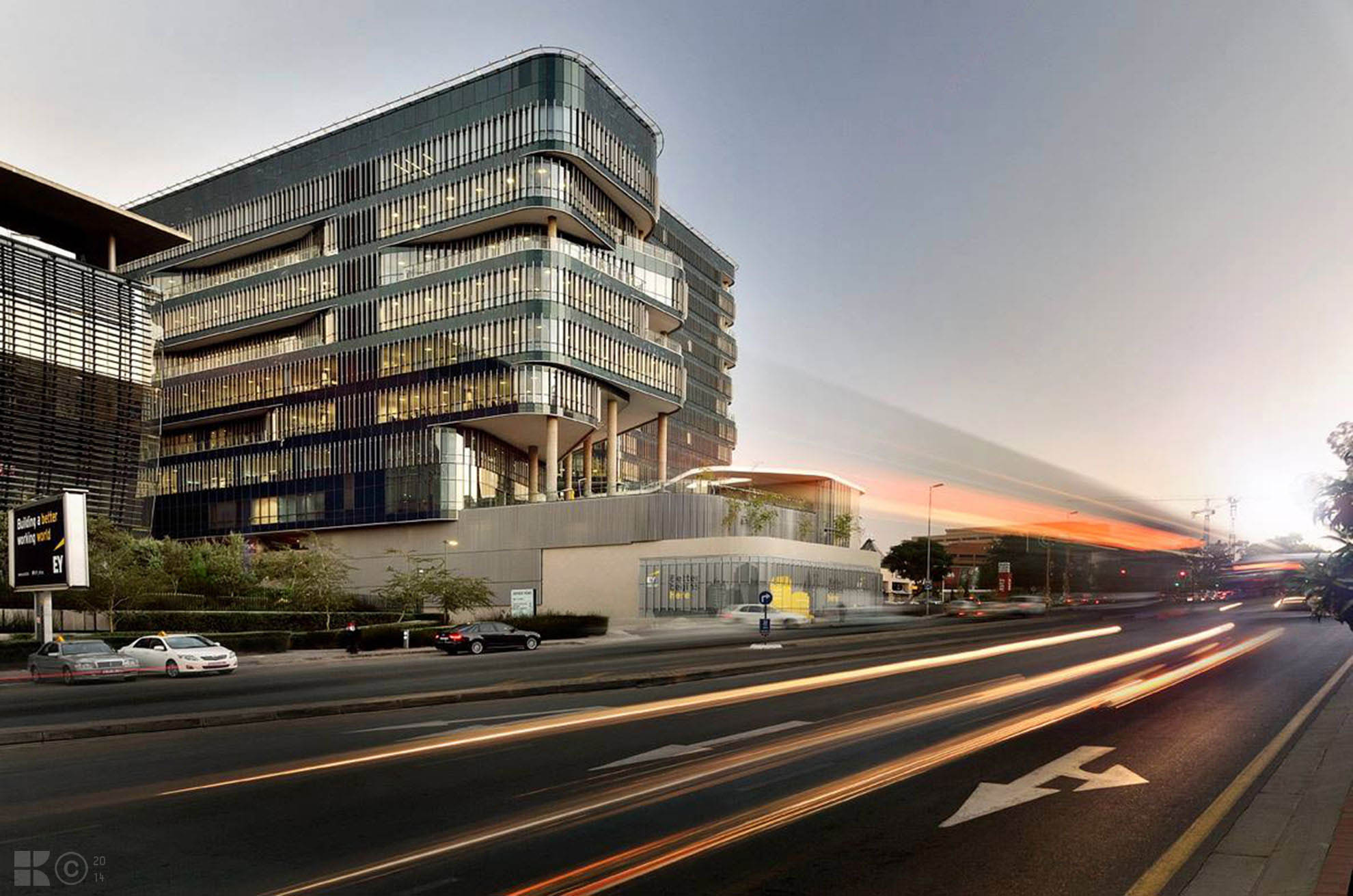 From the Project Architects:
Pulsating within the heart of Sandton’s business district is 102 Rivonia, a new development by Eris Property Group, which is also the new head office for Ernst & Young Africa. Nestled between two main arterial roads and located directly opposite the newly established high-speed train station, the building is a trajectory of this movement and energy, seamlessly embracing the dynamic context within which it transpires. 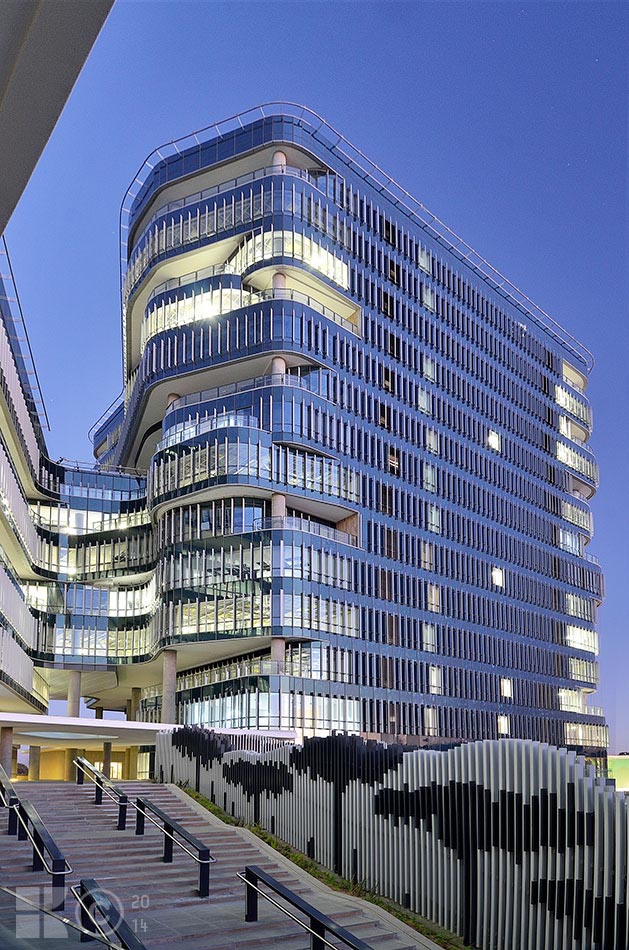 The building responds analytically and fluidly to the organic interior and exterior space planning, blurring the interface between the active and passive, public and private, and building and landscape. Its form comprises three elements: an eight-storey building with an active atrium space animated by transecting stairs and bridge links, together with a 14-storey office tower connected by a four-storey high bridge, which allows for future flexibility. The visibility and legibility of the building afforded by the site are further enhanced by the two-storey podium upon which it sits, forming part of a greater nine-storey parking basement. 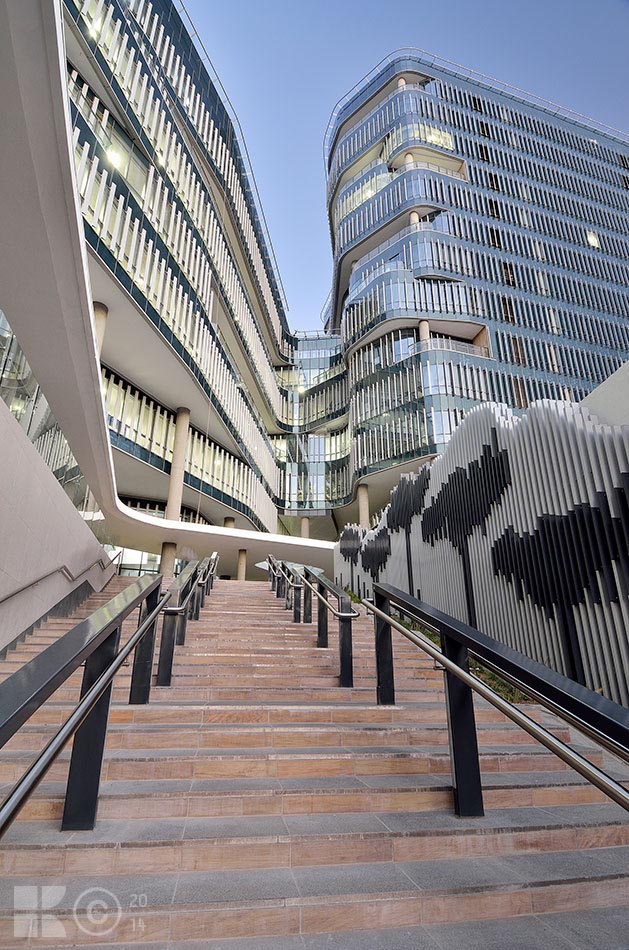 Vehicular and pedestrian access onto the site is controlled within the boundaries of this podium, with separate vehicular entrances for the office buildings and their services off the midblock connector and Johan Street. A grand sweeping staircase off Rivonia Road creates a seamless transition for pedestrians from street level to the podium, which celebrates its views over Sandton with a hard and soft landscaped extension of the open public street, that can be secured after hours.

The variable nature of the internal functions of the building is evident in the floating floor planes that create overhangs and protrusions, further enhancing the organic relationship between the facade and the horizontal flow of the spaces. In order to create such vertical fluidity, a unitized glass facade was adopted, which is articulated by vertical fins that control natural light into the open­office environment, the centers of which are defined by their orientation on the facades. The exterior of the basement area will be finished with a similar aluminium screen, providing natural light and ventilation to the upper floors. 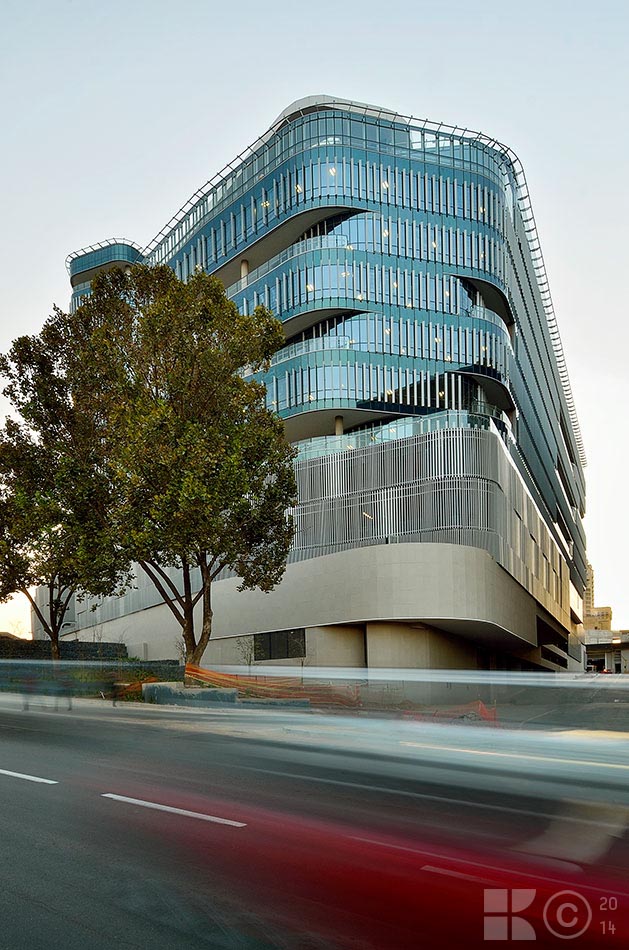 102 Rivonia is a uniquely sculpted building that emanates timeless professionalism and creativity. It unlocks the potential for an adaptable working environment, resonates with the heart and soul of the work environment and its immediate context, and creates a rhythm that establishes itself within a uniquely African environment