The Mohammed VI Football Academy located in Salé, on the right bank of Bouregreg River, opposite the capital Rabat is a private academy that offers education, schooling and Football. The Academy was initiated and partially financed by personal funding from the King of Morocco in 2006, with an aim to raise the ranking of national football to the top of the Africa charts and compete at international level. This was led by a diagnosis which found out that the Moroccan football was in a bleak state not for the lack of talent but due to the lack of training facilities.

The King commissioned Groupe 3 Architects to design a football training academy for around 60 13 to 18 year olds, many from underprivileged areas of Rabat, which would provide rigorous football training but still offer school education.
The brief was to design a functional and efficient tool that can compete with the training centres of the best European clubs by adapting it at the same time to the cultural and social specifics of the population concerned.

The Academy is designed in a way that encourages both focus and a sense of community through its arrangement like that of a traditional douar (hamlet). The douar has a central ‘village square’ around which stand five buildings which accommodates administrative, sports, teaching, lodging and catering functions. The buildings have central landscaped patios for relaxation whose walls are each painted a colour that reflects an aspect of Morocco, with the buildings’ massive exteriors being a sober white.

The complex uses local ochre earth ties the complex to its environment, and is textured with gravel, river stones, concrete paving and timber decking.

From the architects:
The vision was about a whole fragmented into parts. The whole is the douar (hamlet-village) typology with a central heart, while the parts are the building units inspired by traditional home typologies.

These buildings are each differentiated by their functional roles. These functional identities are the main players in determining the relations between the building and the outside surroundings: open/closed, interior/exterior, white/colour, work/rest, introverted gardens/vast open landscape.

The exterior presents a composition of white, plain and massive surfaces, carefully pierced to respect. 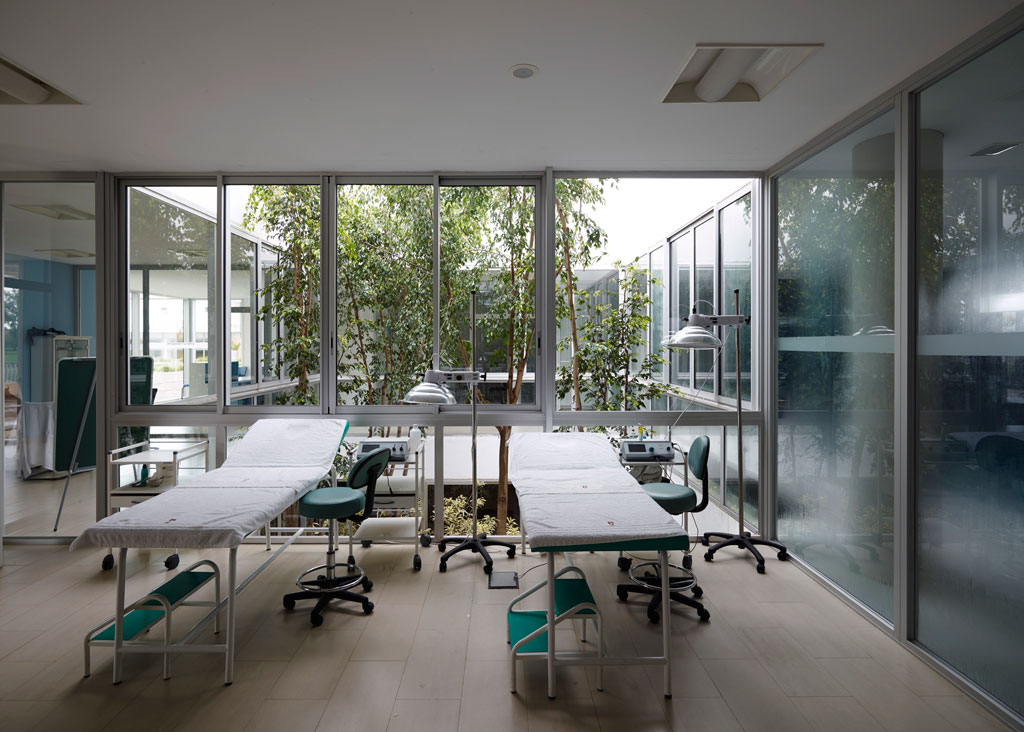 light, thermal flows, wind and views. The massive white walls are interlaced with a local stone, pierre de Salé, an ochre earth tan that ensures the continuity of the buildings and ties them more to their environment. The material and colour of the stone organise the relation between the exterior and interior of the buildings, penetrating more profoundly in some, and tying a whole chromatic palette together: the grey gravel, concrete floors, white colour of the volumes and the greens of the landscape. 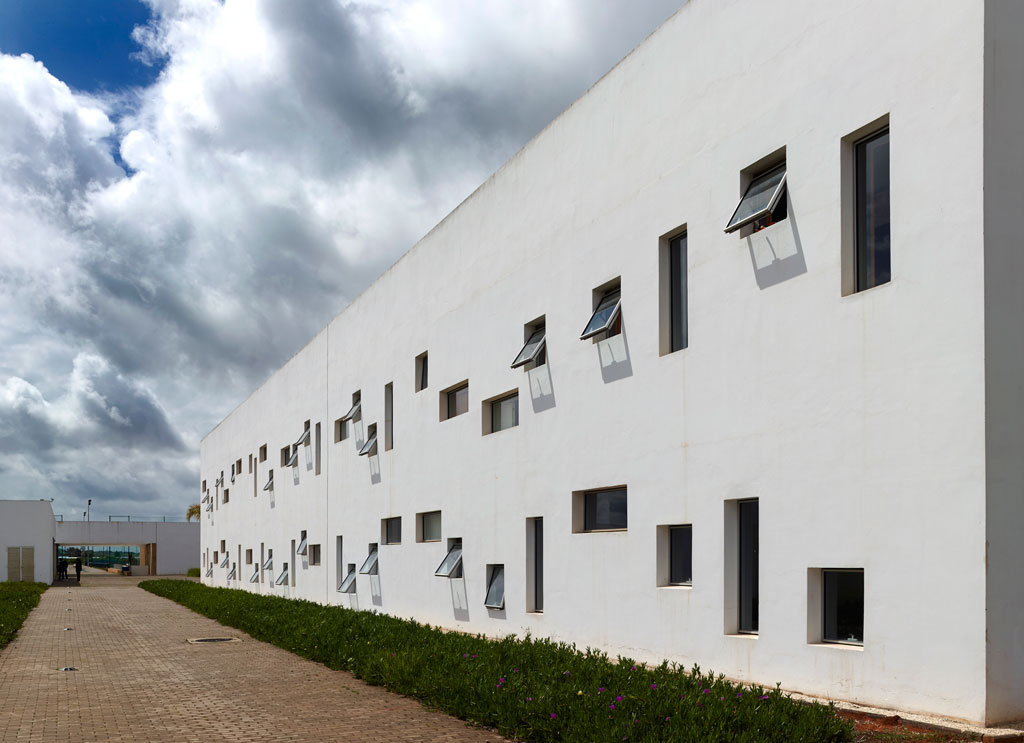 In contrast, on the inside each building has a patio, a central landscape for relaxation. The patio walls are each painted in a dominant colour that reflects an aspect of Morocco: the blues of the ocean or of Chefchaouen alleys; the ochre of the south; the greens of fertile plains.

From the young trainees:
It is “the” place to be, where our hopes can materialise. Families, parents and kids dream of being part of the Academy. The formula of taking care of their young ones from a medical, sports, educational and financial standpoint is a great privilege that many families seek.