The Durban Beach front development, is a revamp of the Durban’s Golden mile Promenade, orchestrated by Design Workshop: S.A. This development is located in Mini Town, the northernmost node of the four nodes in the city of Durban. It includes a restaurant, a skate park, the promenade, Amphitheatre, and public ablution. The primaryintervention was a new public facilities and restaurant building. Its purpose was to bring focus and primary identity to the site, attracting people to the site was paramount, this is supported by its location at the northern end of the site and at the connection of the Marine Parade, the Promenade and the new Car Parking. 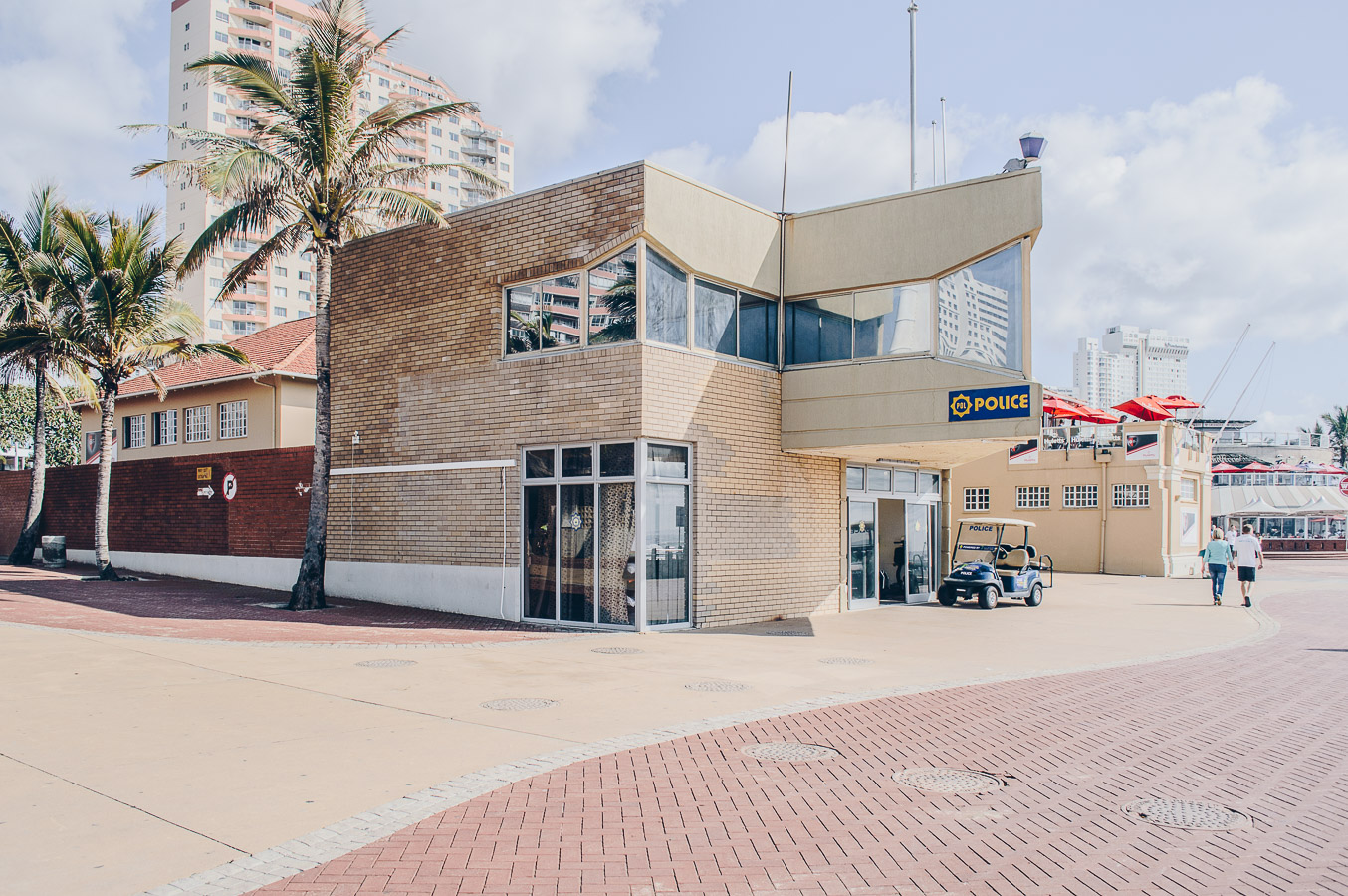 Durban’s Beachfront has been likened to a traditional holiday home for the upcountry working populace in South Africa. It is a place that delivers the greatest public visibility of diversity. It is no wonder the City Architects and their appointed consultants have committed time and money on improving the existing facilities augmented by contemporary conveniences. In recent times (2009-2010) the redevelopment has spread across the four hubs of the far Northern Bay of Plenty Node. 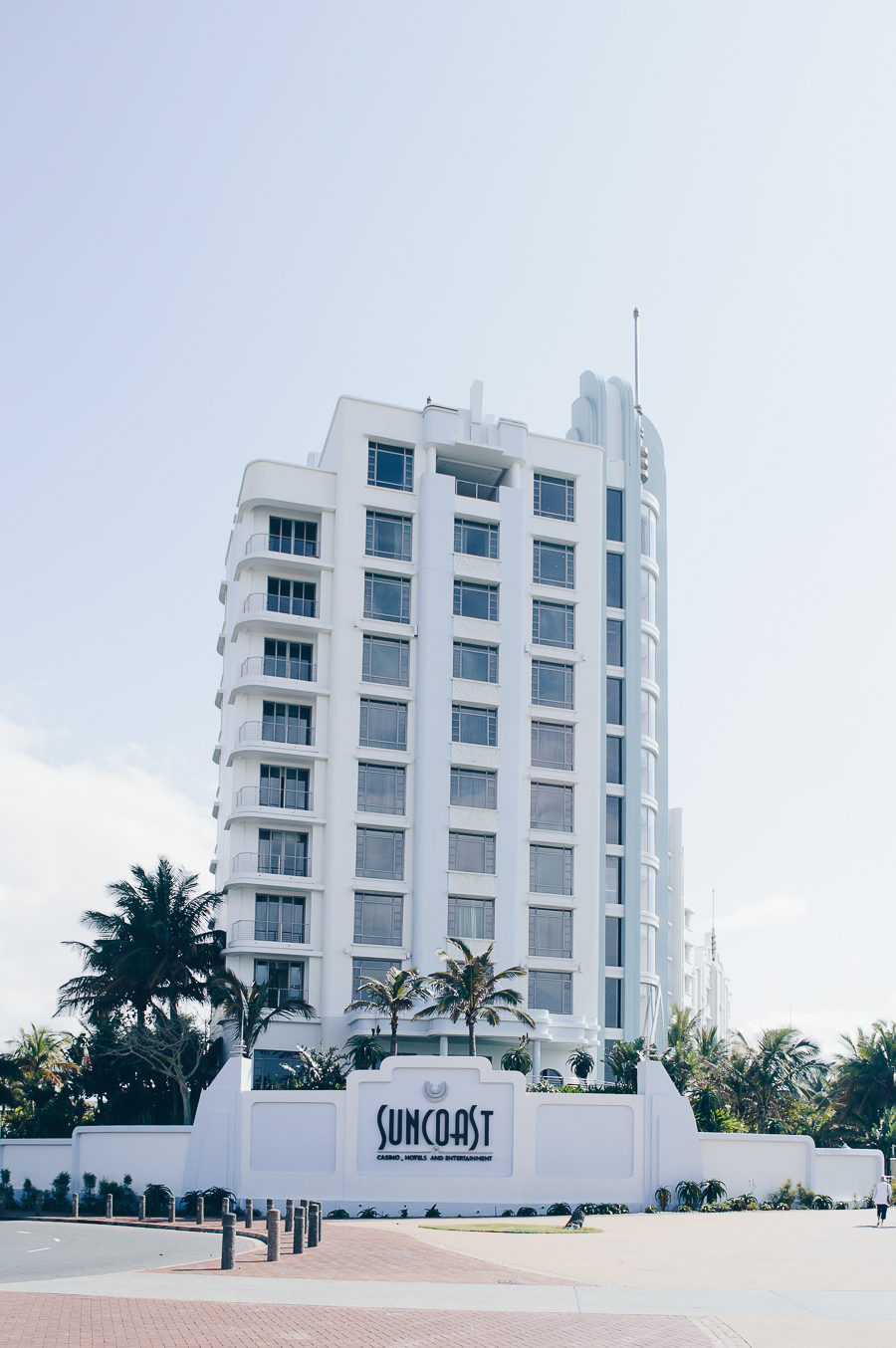 The main influences in its formal conception and functional arrangement were that, having removed almost all visual and physical obstructions between the Marine Parade and the Promenade, the designers didn’t want to add a new one; the existing Skate Park defined the site’s southern buildable extent. Having the restaurant as a low rise building the spatial and visual strength of the ‘wall’ of hotels and apartments lining the Marine Parade would be retained and they would also have a shared view of the promenade and the Indian Ocean. 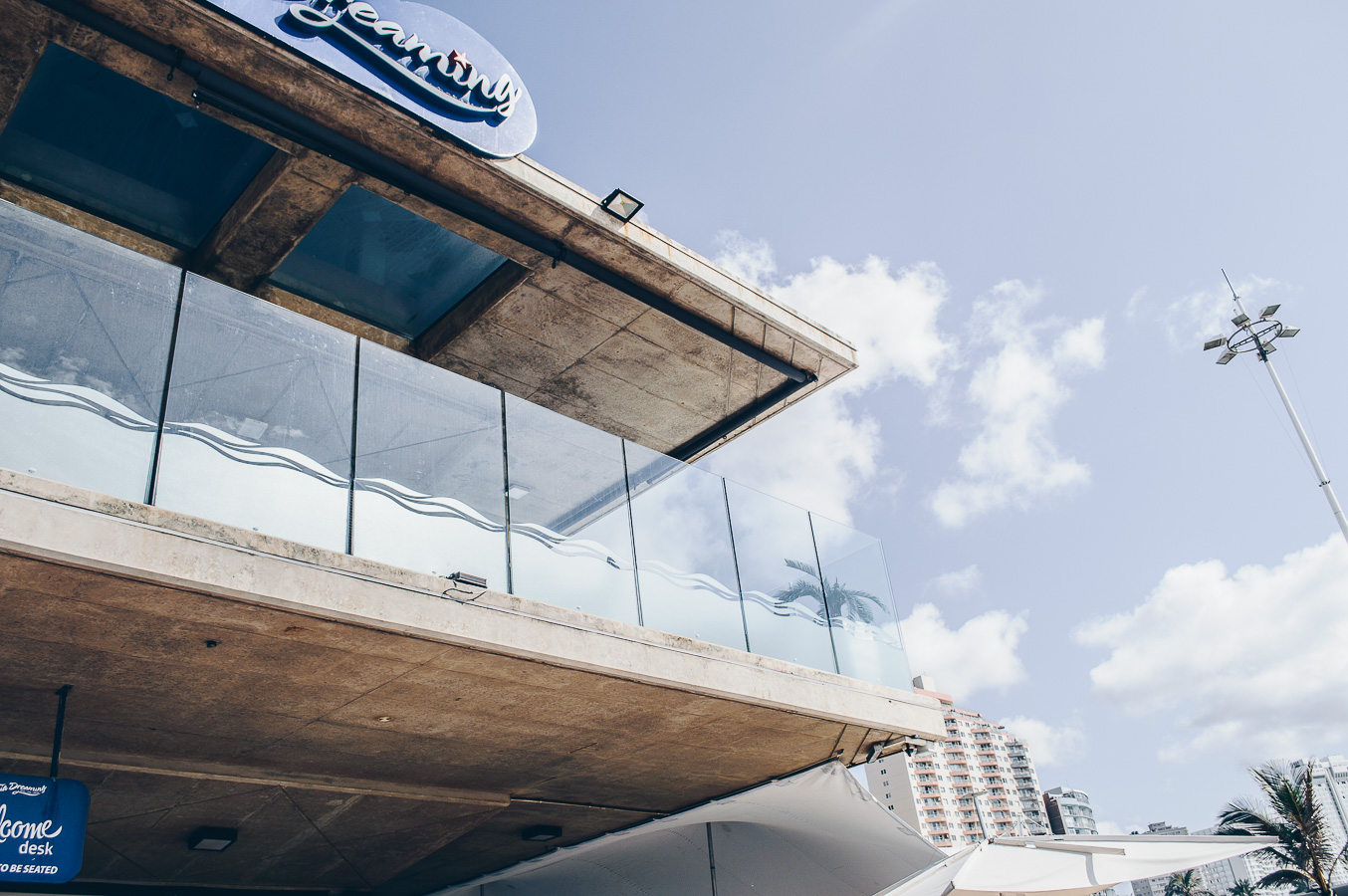 All functions are lined up along the length of the Promenade so that its entire length is active and there are no blank walls just glass screens that enclose all functions arranged along the building’s length onto the Promenade. This includes the new Skate shop at the southern end which opens directly onto the extended Skate Park; a Life Savers’ facility including a boat store; new Public Ablutions that, for safety and security reasons, are completely visually open to the Promenade except for the actual WC and shower cubicles; what is hoped to be a Pastry and Fresh Juice Bar; and the Restaurant, with its outside umbrella shaded beach side terrace. 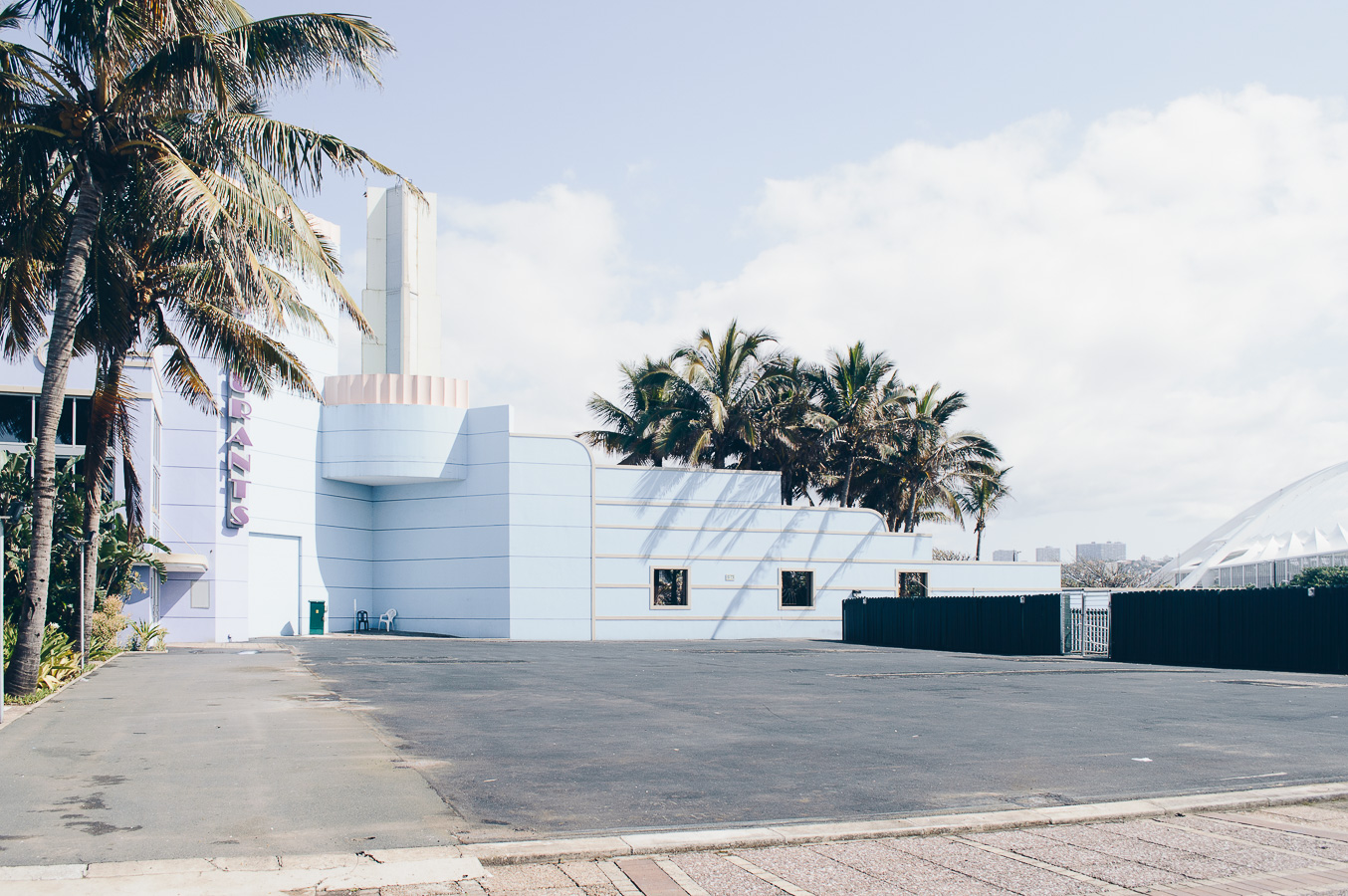 With regards to the skate park, addressing the needs of the consistent culture of skaters who are known to be land surfers proved to be a challenge as the architects had to source talent from an American skater, park designer and builder. After consultation with the skating community, it was located right against the Promenade, whose exciting and energizing input to the beach front experience, could be shared equally be spectators and participants on the terraced mini stadium at its edge adjacent to the Skate Shop. 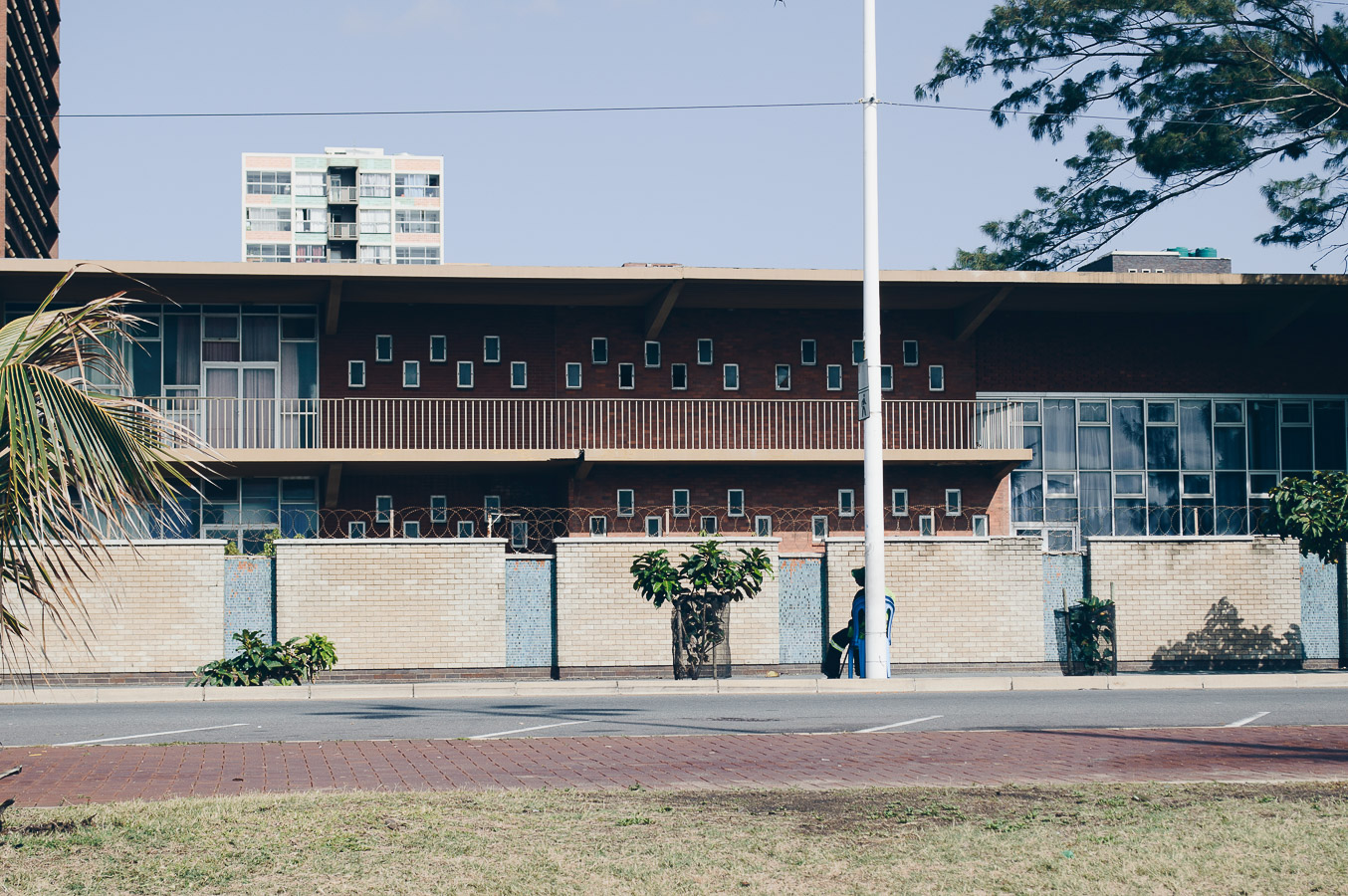 Despite the gentrification of the waterfront, the rich history of the node has been conserved through including the upgrade of the Amphitheatre and Sunken Gardens of 1932. The designers’ state that this intervention has made for a fresh contemporary architectural landscape that mirrors the sea surfing with BMX riding and skating on land. Everything compliments each other here and renewal is manifested in the cross cultural mingling on the Promenade.