With a swooping roof and ideal surroundings for serenity and learning, the Ardhi University campus captures the very essence of student life and creativity. Located along University Road past Mlimani City Shopping mall, it provides easy access to both commercial and residential parts of the city which serves to inspire the campus students. Albeit enough inspiration can be drawn from their faculty as well. 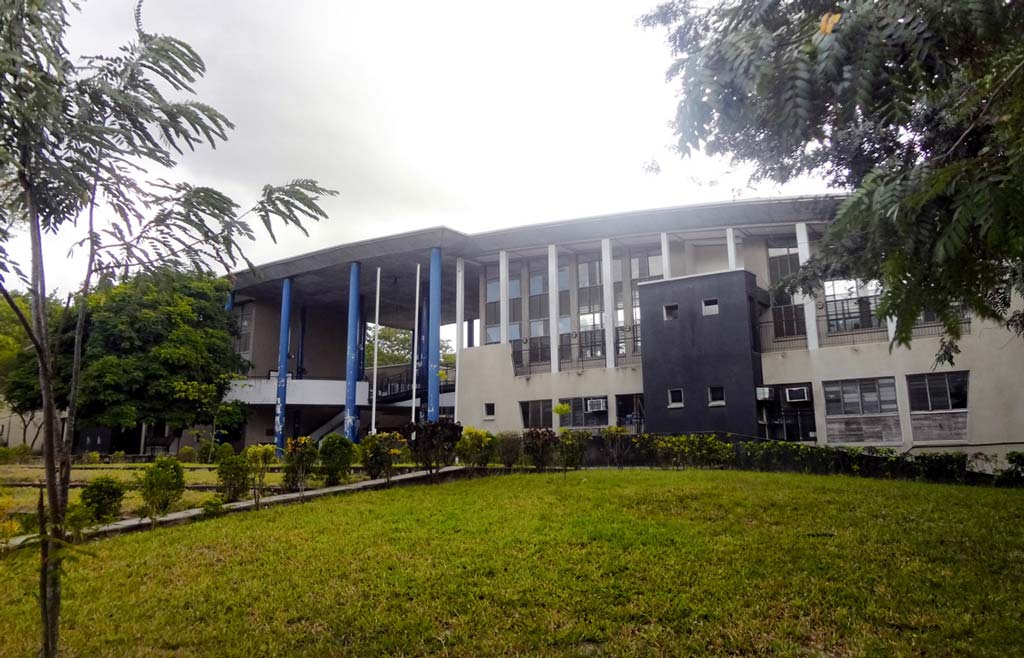 Ardhi University was established after transforming the former University College of Lands and Architectural Studies which was then a constituent college of the University of Dar es Salaam as of July 1996. The Ardhi University Campus has a rich history as it was originally founded as the Surveying Training School in 1956 and its facilities built on its current location on the Observation Hill in 1958. In 1972, it was later renamed into Ardhi Institute and offered diploma courses and the Main Building was constructed. 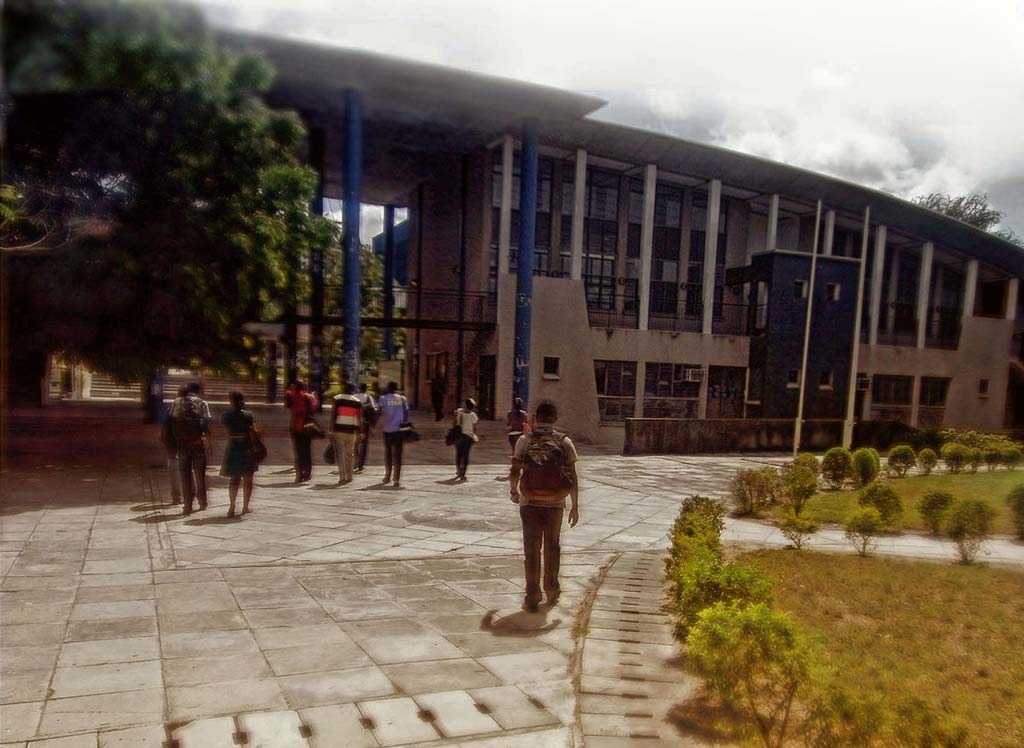 The entrance foyer is by far the most appealing aspect of the main institution building. It is approximately 12m high double volume void with blue colored round columns holding up the curvilinear roof at ease. There is not enough words to describe the effect of light on the human psyche. Just a walk through the space and one’s heart is gripped with reverence as well as deep seated excitement. Along the corridors are break out reading carrels that protrude out of the building as black additive boxes. These features keep the front façade playful and inviting. 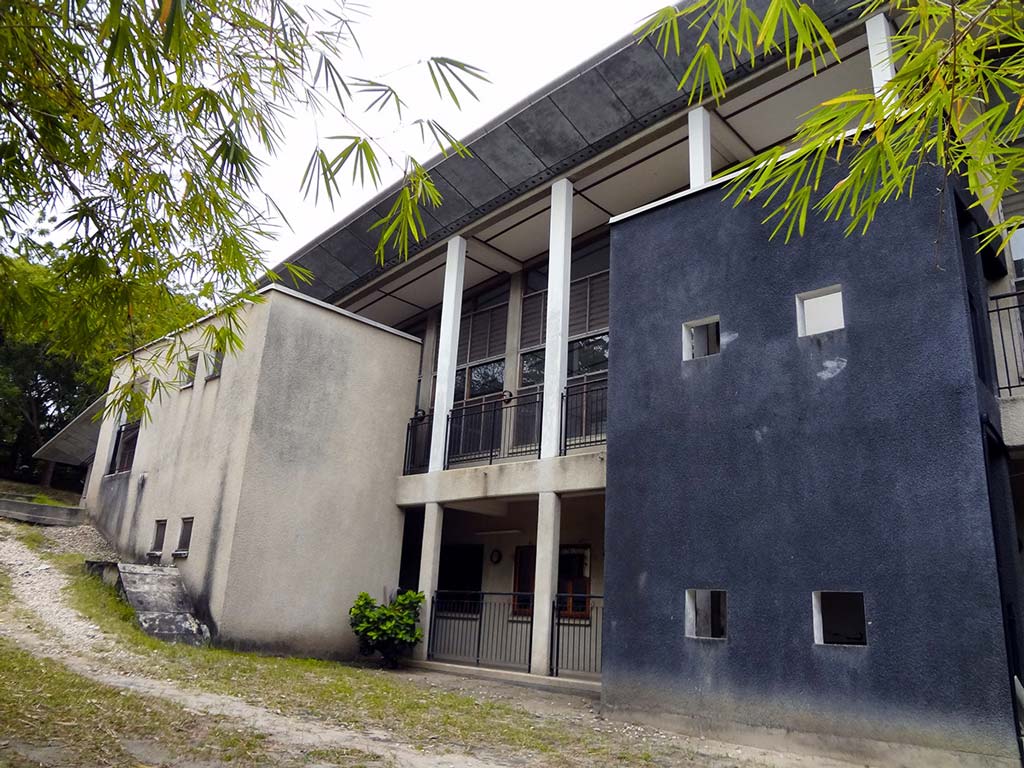 The building comprises of two blocks on opposite sides of the foyer, joined by a single swooping roof that harmonizes it into a hill like structure. The mezzanine above snakes across the foyer seamlessly by one block while movement to the second block is achieved by a suspended metal bridge. The areas are suitable for large masses of students moving across the campus and stalling within the foyer’s shade. 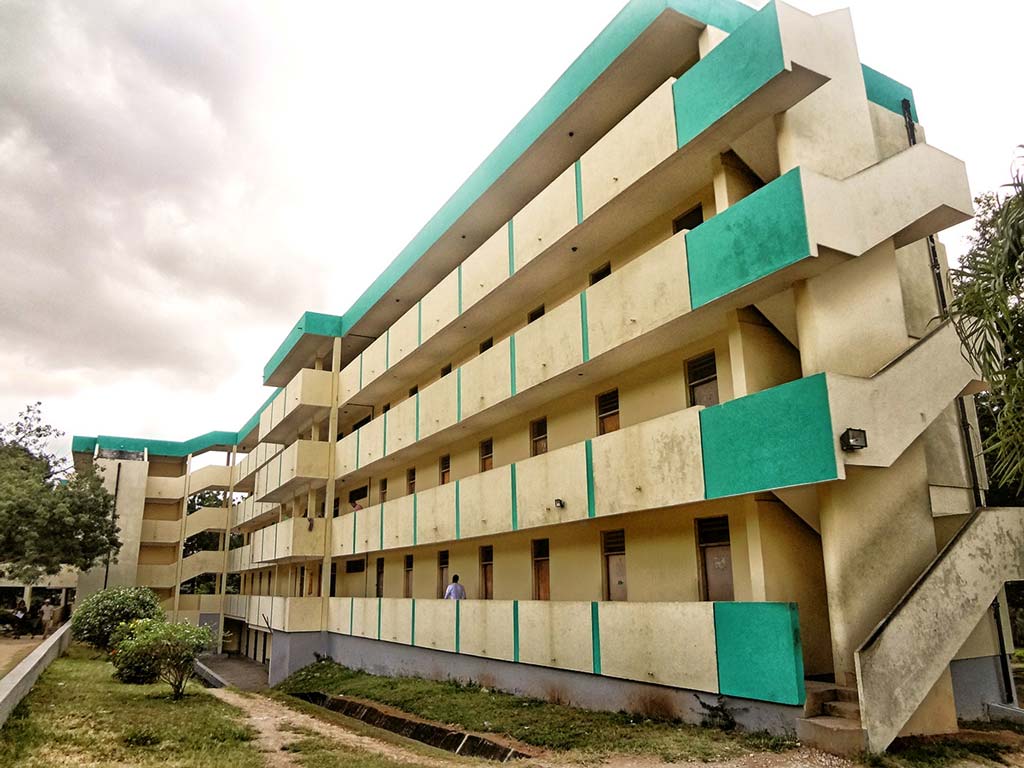 Exploration of the foyer reveals so much interplay of volumes, dimensions and architectural style. It boasts of a suspended bridge made of perforated steel plates welded to each other and four suspension cables that distribute the load of the structure to the roof. The nature of the roof itself requires a keen eye to identify it as timber boards covered in grey paint. This renders the ceiling insusceptible to accumulated stain and also depicts the architects’ fetish for a raw concrete look. 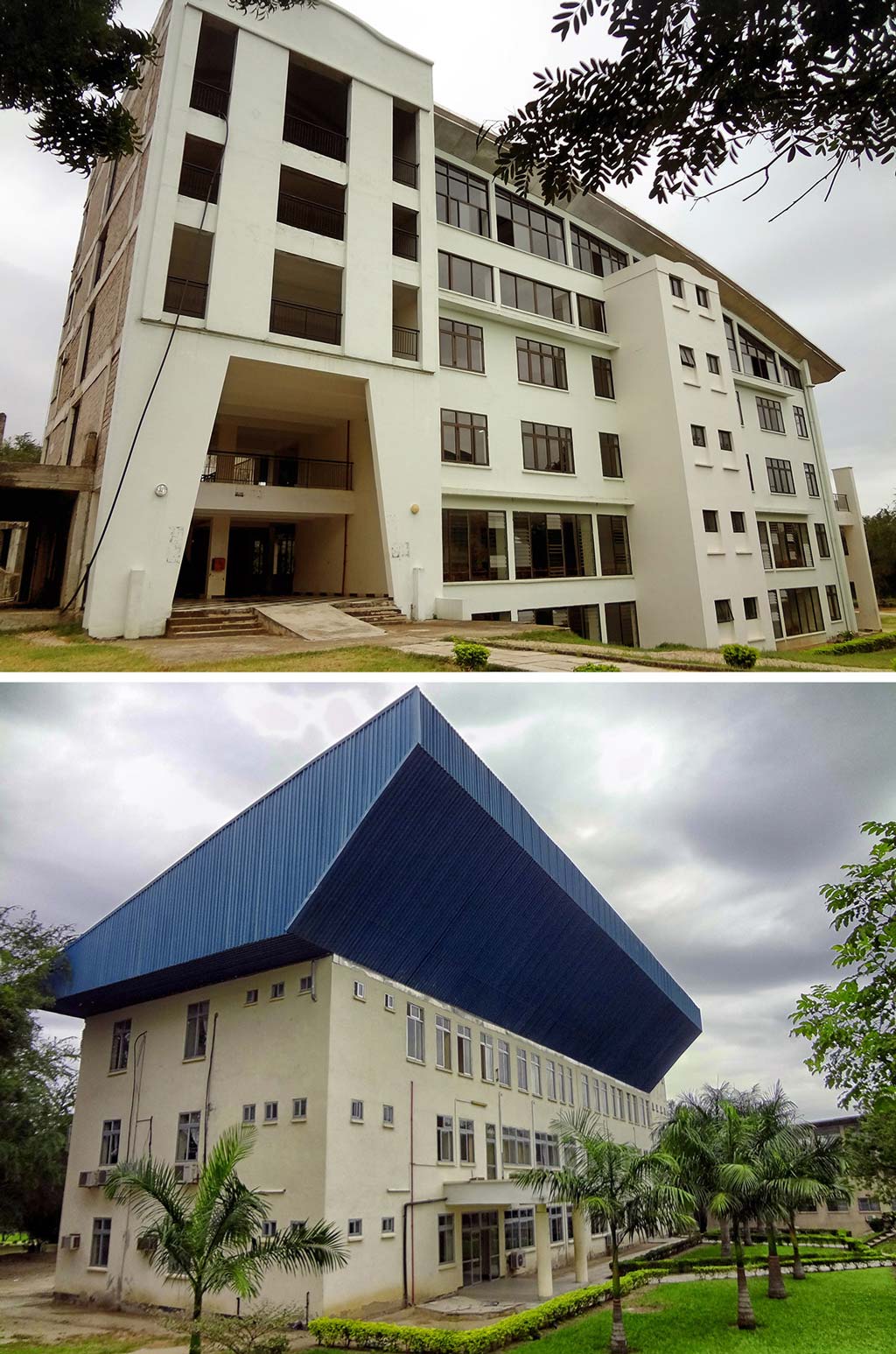 In recent times, the university added two new buildings to ease the overwhelming growth of the department of architecture. Both have a distinct character, scaling up its proportions to accommodate more activities. The new land management and valuation building borrows heavily from the form of its predecessor, sharing in the same curvilinear roof and projecting break out spaces as a box outside the façade. 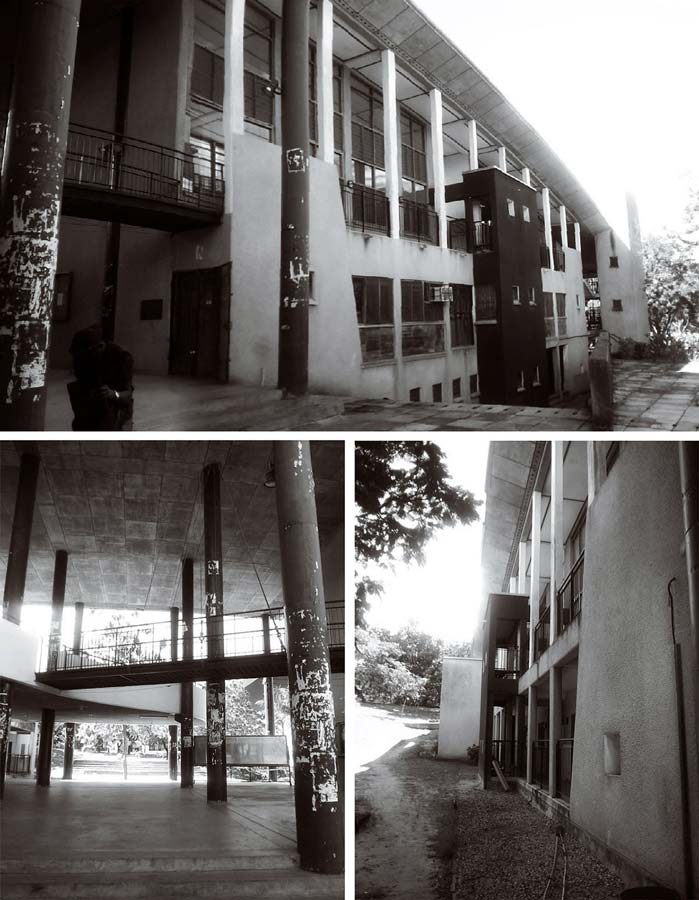 The grounds have been largely landscaped with pre cast concrete slabs, interspersed with resilient urban furniture for study groups, informal seating spaces by the steps and an amphitheater for students to indulge in their theatrics. Everything feels to be in the right place throughout, with ample space for expansion still available. Just by exploring the campus would ensure a revision of basic architectural principles in itself.