The Cultural Centre and the Millennium Tower of Nigeria, together with the National Square will make up a harmonious complex which will improve the quality of the City of Abuja. It is an ambitious proposal that extends two adjoining plots in the cultural, religious and administrative heart of the city. It is a refreshing approach that is in direct opposition to the traditional architecture linked with the colonial idioms, even though the Nigerian tradition inspires the design. 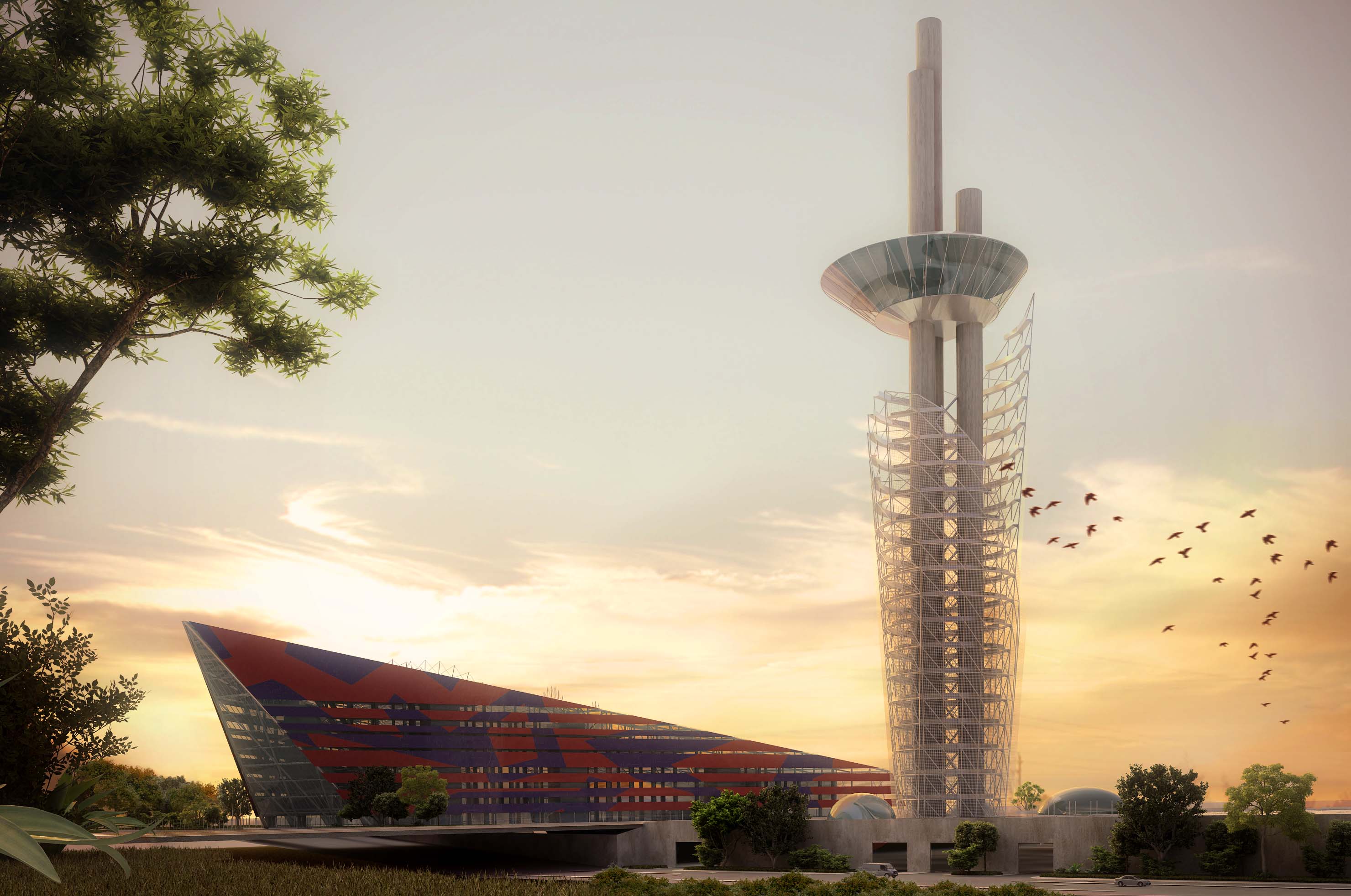 Within this ambitious project is the Millennium Tower, a 170m high observatory tower that stands out as a symbolic hug with which all Nigerian ethnic groups will identify. The entire complex (Cultural Center, Millennium Tower & National square) will be a centre of cultural rejuvenation. The design of the tower illustrates three 100m high transparent ‘leaves’ which envelope monumental ‘stones’ depicting the sacred flower of the Forest of Osogobo. 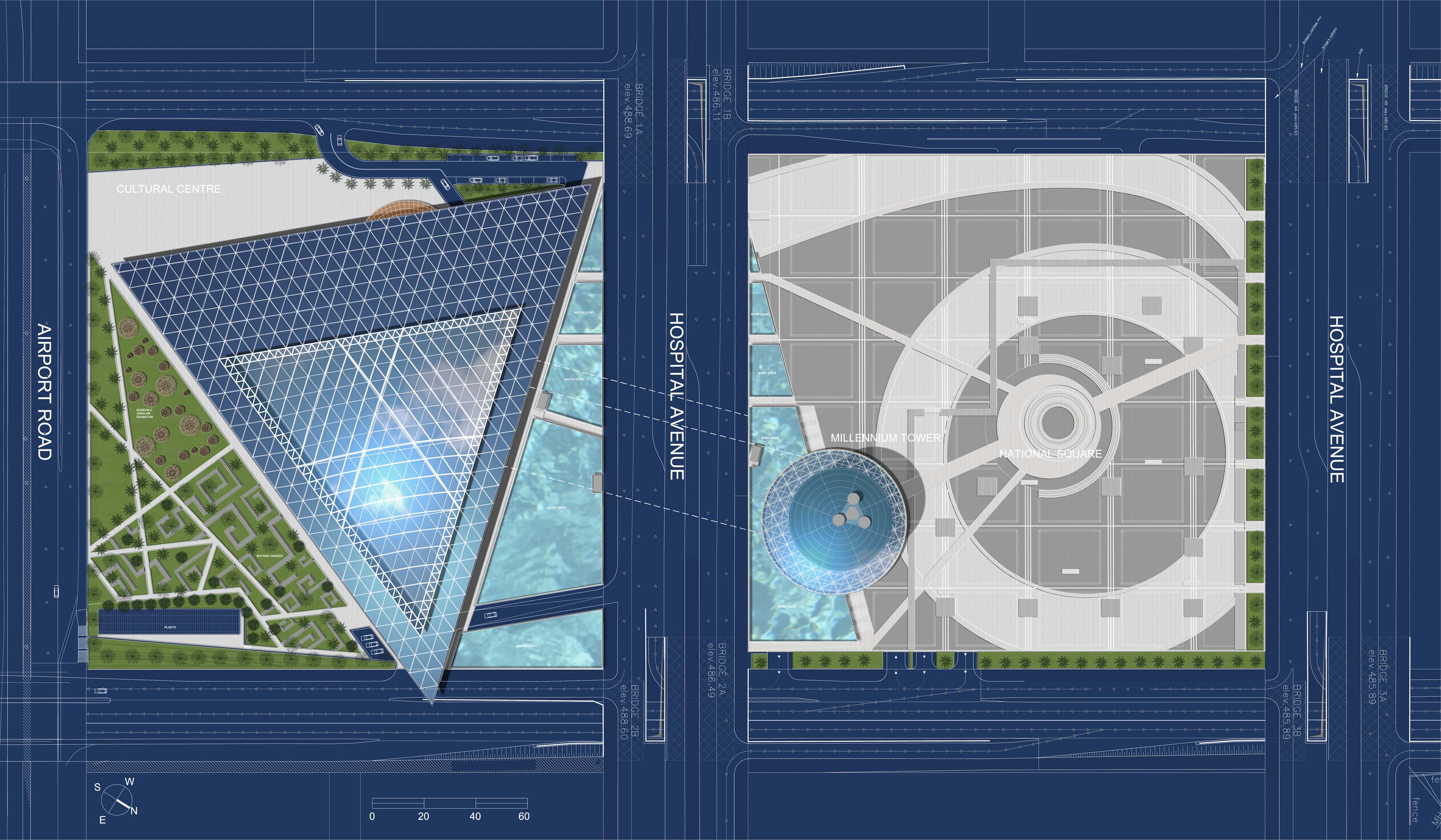 It will be a welcome contribution to the modern urbanism and architecture in Abuja as it reflects an openness of layout and embodies a signature masterpiece. As the ‘maestro’ Manfredi put it, “Today, our intellectual multimedia or virtual environment has a global dimension overpowering the notion of a specific limited physical site or place”. This prompted for a distinct design that will capture the attention of architecture enthusiasts internationally while represent the culture of the nation.

The site alongside the Great Mosque takes in the Cultural Center and a Botanical Garden where, among other things, the Museum of Nigerian Art and the scientific discovery of Nature are blent harmoniously. It will be the venue of the cultural identity of Nigeria designed to foster meetings, studies and relaxation. An underground Commercial Arcade for shops, bars and services links the Cultural Center and the Millenium Tower which are separated by a road carrying heavy city traffic. 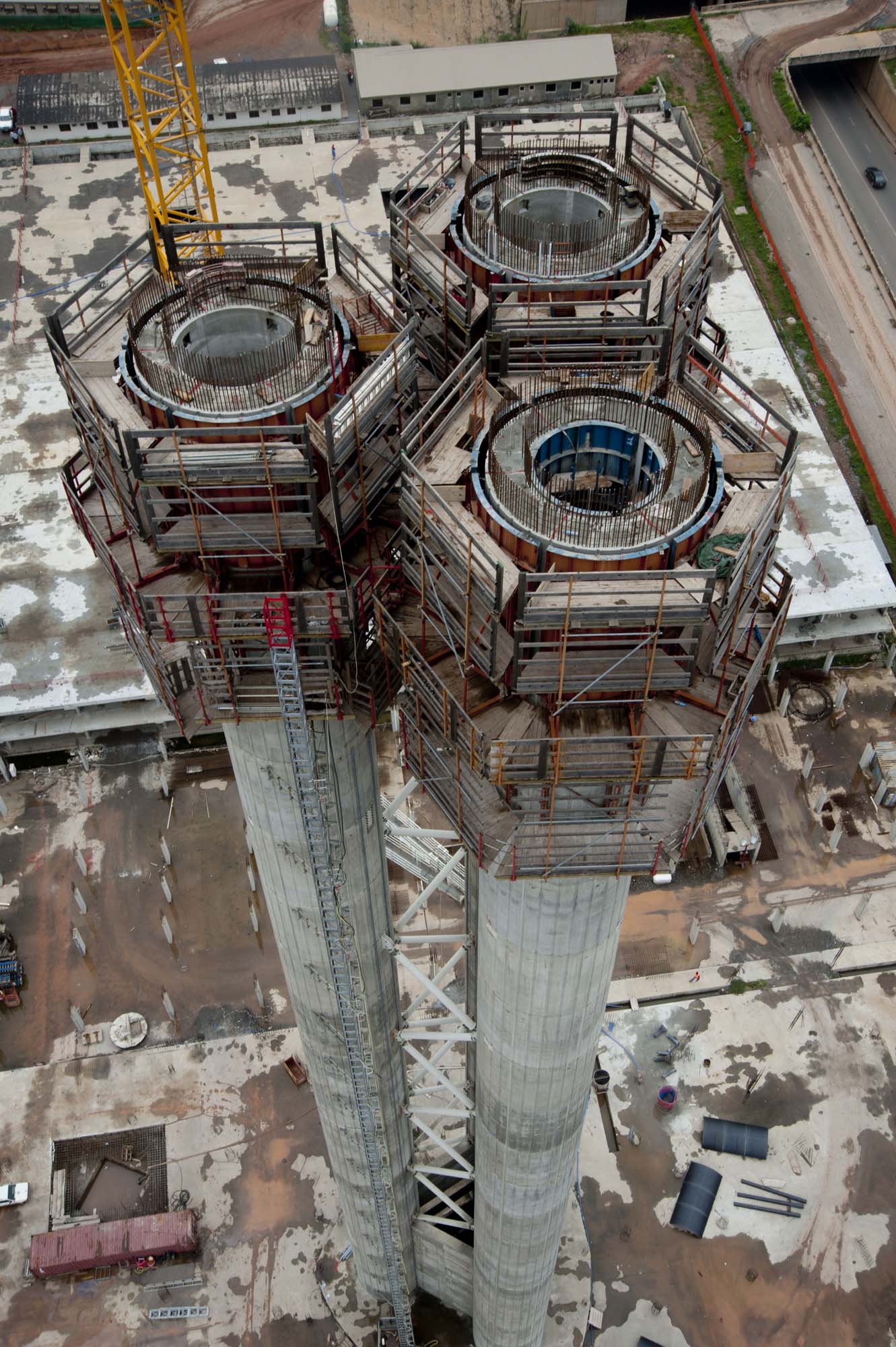 The audacity of the new metropolis designed by Kenzo Tange is a good balance of the basic principles of architecture where the form follows function unlike the hegemony of impressive symbolism that has invested contemporary arts as well as architecture lately around the globe. The Cultural Center consists of an external shell of geometric pyramid shape which isolates acoustically, terminally and from atmospheric agents an internal space of about 16.500 sq m where are the buildings and the square that connects them, this within the Capital City a small city closed by a protective envelope is created a kind of modern version of the ancient Nigerian “Afin”. 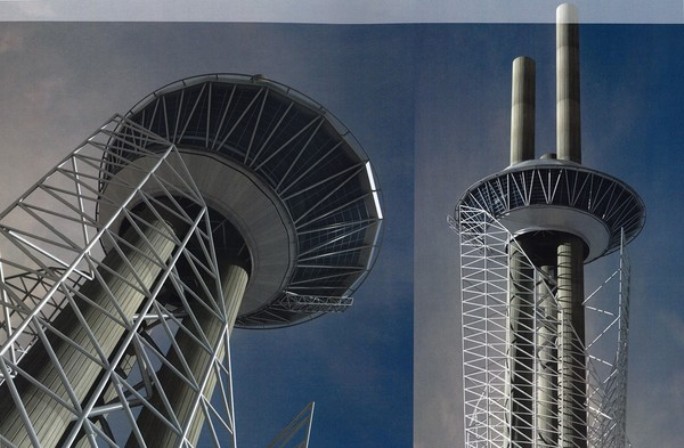 The use of new materials and eco-friendly technologies, in line with the cosmic awareness and call for stronger ties between nature and arts in the save-our-planet fact march, give the complex more of the vibrant welcoming feel of a traditional organic city. Now Abuja is honored by this masterpiece which is not just part of the transformation of the capital city, but a source of inspiration and stimulation for illuminated Nigerian architects. 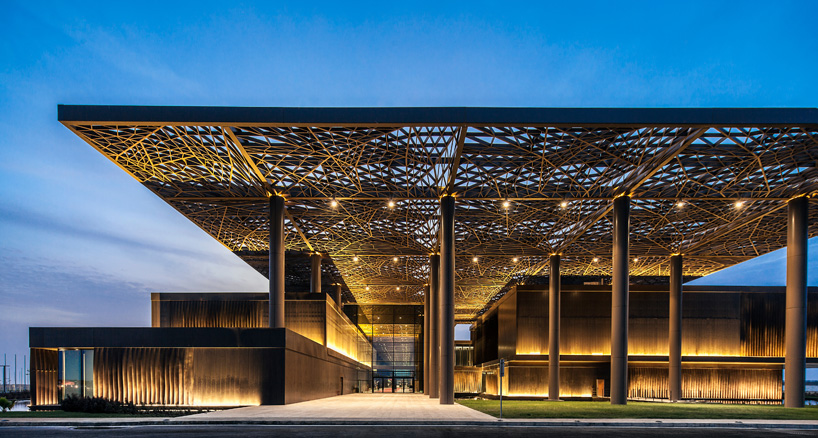