A combination of the modern, the vernacular and environmental consciousness is the conspicuous image that the edgy Mayotte Airport portrays.  The earthy palette makes it merge comfortable with the natural landscape. Its floating roofs are not only generated by the will to offer thermal comfort by shading the extensive glazed facades but give the airport its character. The airport is double coded; it’s both very functional and aesthetically sound. A fete, most designer would admit, not ease to accomplish. 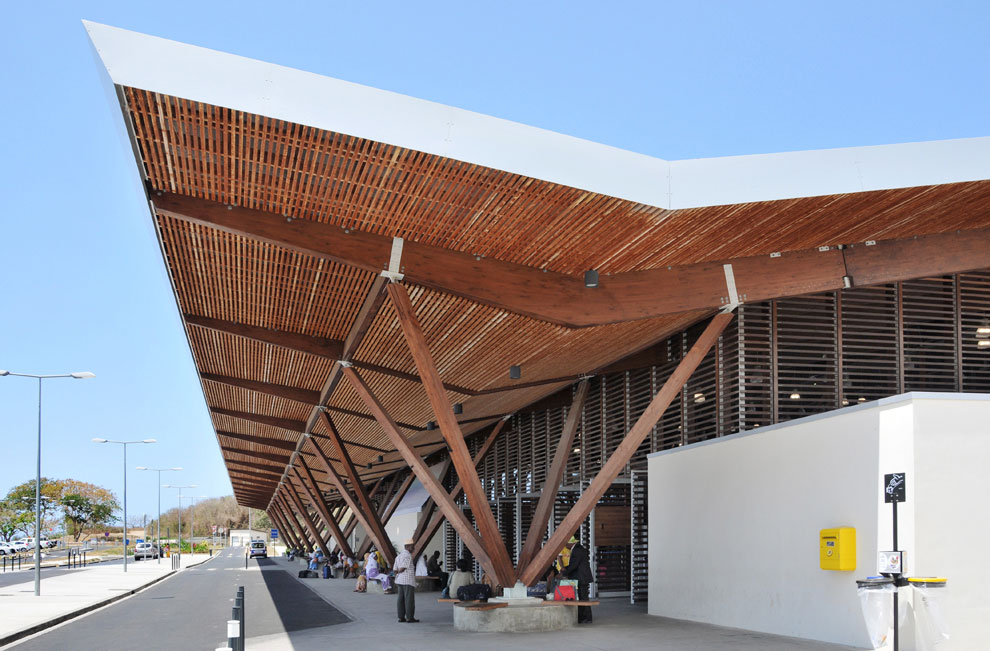 The modernization of the airport, the main front-door of Mayotte, and the building of the terminal, are included in a territorial town planning aiming at enhancing the economic development of the island. 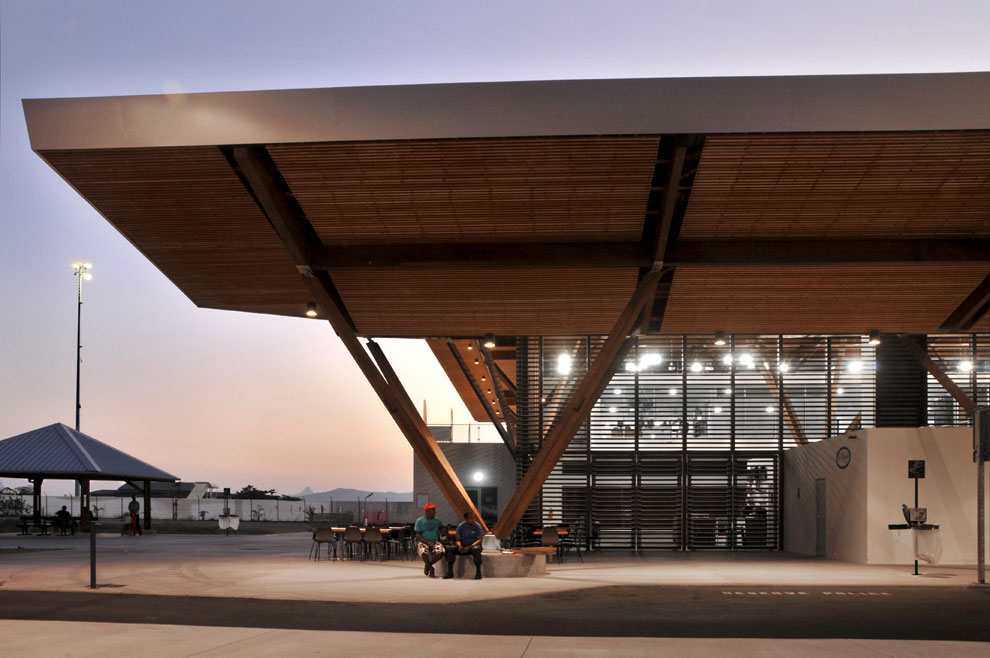 The plan of the terminal voices, by a strong and specific architecture, the national and local ambition to give an image of a respectful Mayotte towards its origins but resolutely turned to the future. The architectural position draws inspiration from big roofs and from local varangues to define wide covered areas, a shelter from the rain and the sun. The public hall is conceived as a wide space of exchange, service and waiting, in direct contact with the outside. 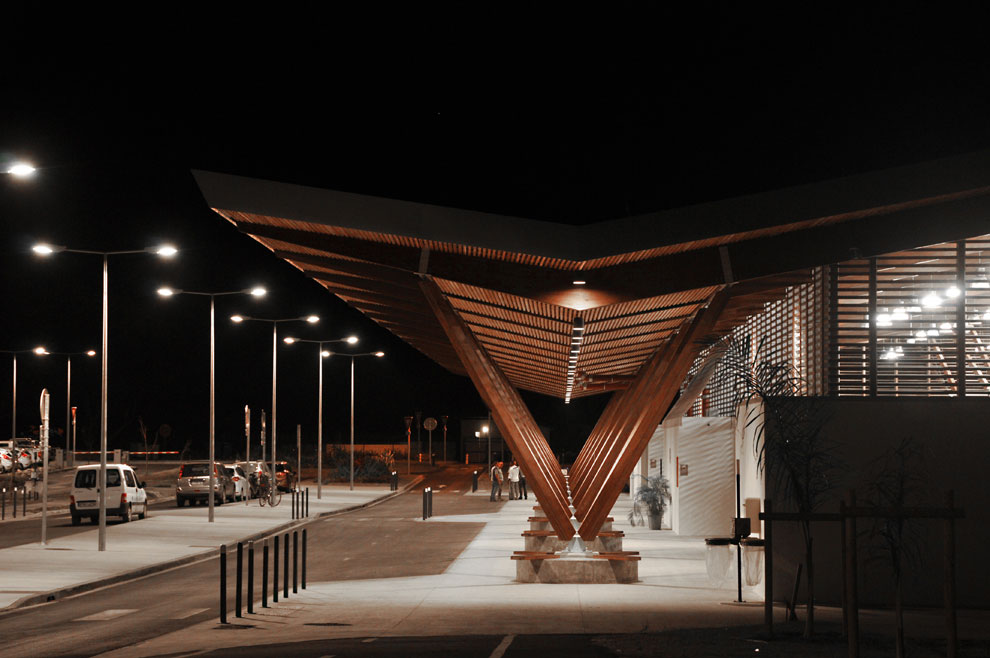 The zone of transition recalls a local tradition, the varangue, a typical feature of the island of Mayotte, and constitutes, such a market hall, a social place, a necessary element to the local texture. The different activities convey to this space their force and dynamism. The simplicity of the organization of functions makes the terminal practical and easy to access for everybody assuring an optimum functional command of the passengers’ flux and security.

Finally, the concept of the building since the first months of the planning has shown a strong determination to realize an environmental plan focused on reducing energy features according to a detailed architecture inspired by the local traditional buildings.