"Some of the Best Buildings are Ones that Invisible"
Peter Rich

How do you design for fallen glory? For a people who were once the most sophisticated and dominant force in culture and social system, to modernize their way of living but still maintain a sense of arterial connection to their roots? Peter Rich, the man known for domed brick architecture, carefully maneuvered the intricacies of cultural intonations and sustainable mantra to build the Mapungubwe Interpretation Centre in the North part of South Africa. 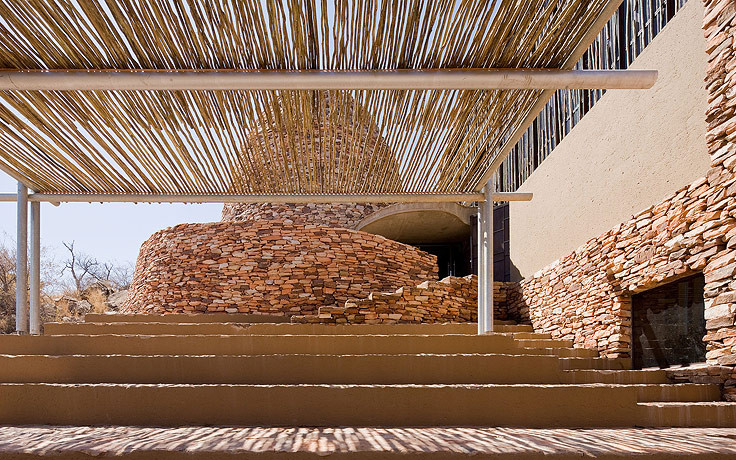 This is an area almost out of touch with the rest of South Africa, an area so full of nature and species that it may as well be untouched in the last 1000years. 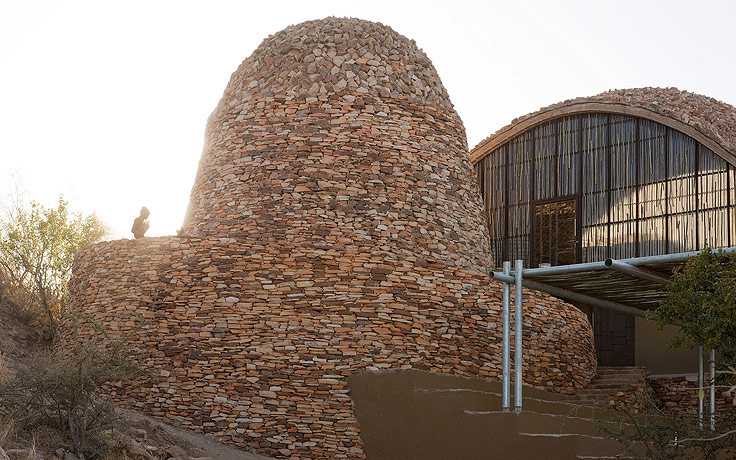 And because architecture is about statement, impact and cultural philosophies, then Peter Rich touches on these aspects through an archaeological structure that is so firmly rooted to the ground and organic that it begs the question 'is there a better way to touch the earth lightly than this'?

From the Architect:
Mapungubwe, located on South Africa's northern border with Botswana and Zimbabwe, prospered between 1200 and 1300 AD by being one of the first places that produced gold, but after its fall it remained uninhabited for over 700 years, until it's discovery in 1933. The society living in what today is Unesco World Heritage Site, is thought to have been the most complex in the region, implementing the first class-based social system in southern Africa. And besides the cultural heritage, Mapungubwe is also home to an immensely rich flora and fauna, including over 1000 years old Baobab trees and a big variety of animal life, including elephant, giraffe, white rhino, antelopes and 400 bird species. 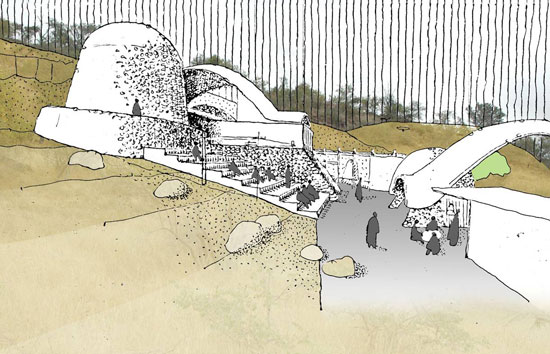 In this surreal setting Peter Rich has designed a 1,500 sqm visitor's center which includes spaces to tell the stories of the place and house artifacts, along with tourist facilities and SANParks offices. The complex is a collection of stone cladded vaults balancing on the sloped site, against the backdrop of Sandstone formations and mopane woodlands. 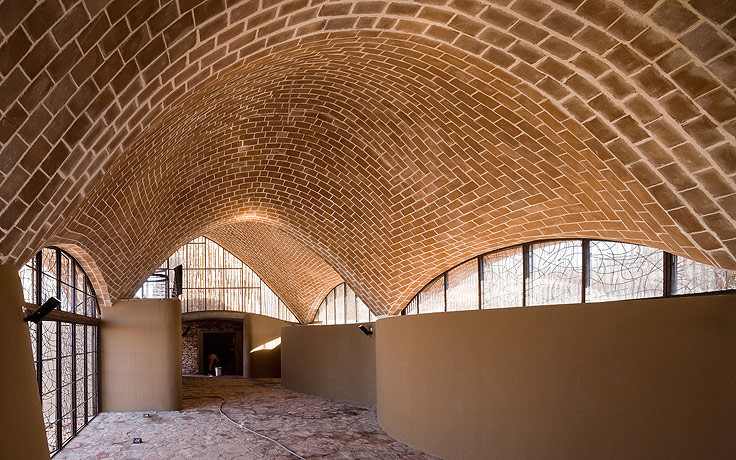 The vaults have been designed in collaboration with John Ochsendorf from MIT and Michael Ramage, Univ. of Cambridge, using a 600 years old construction system to achieve a low economical and environmental impact. The traditional timbrel vaulting, using locally made pressed soil cement tiles, allows the design to be materialized with minimal form work and no steel reinforcement. In addition, the ambition was to also integrate local unskilled labor into a poverty relief program by training them to produce the over 200,000 tiles necessary in the construction of the domes. 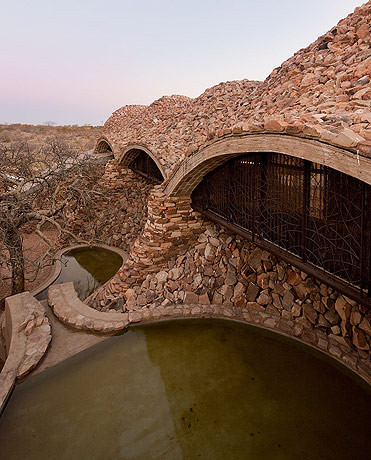 The Mapungubwe Interpretive Center was realized using latest developments in structural geometry along with an ancient construction technique, in order to implement a contemporary design, meant to house hundreds of years old artifacts. 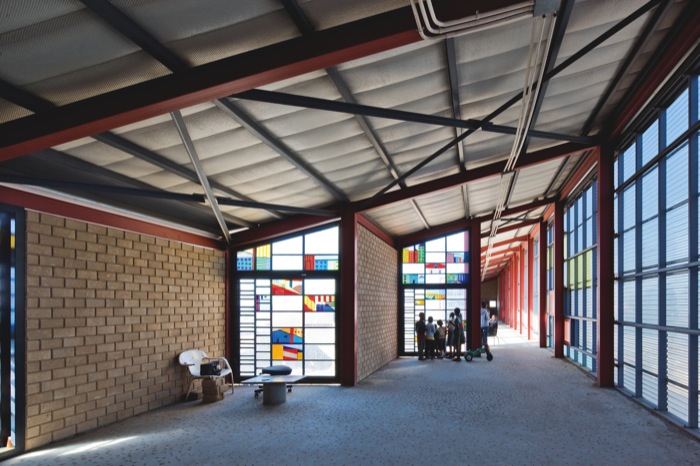