Mass Design Group’s zeal to offer architectural solutions that impact beyond the basic concepts of a building can sequentially be observed through their works. The group’s specific devotion towards the health sector is immense and invaluable. 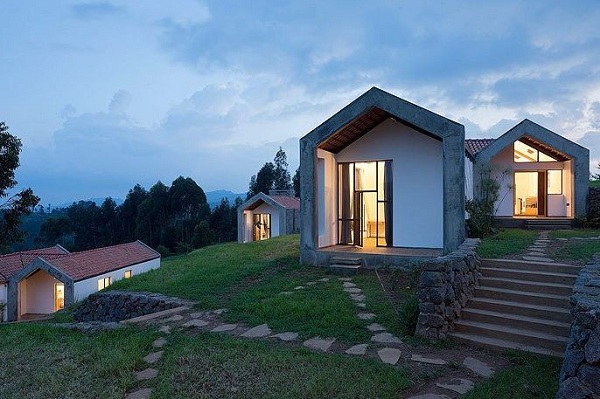 Through extensive research and collaborative dialogues that involved the community, nurses, doctors, and staff, the group sought to leverage design for improved health. This was through a partnership with health pioneer Partners In Health (PIH) that culminated in the creation Butaro Hospital. The process of design and construction of the hospital in 2008 revealed a fundamental and (often) disregarded facet towards the healing expedition: the ability to attract and sustain the best medical expertise for long in this rural region. Consequently, PIH, MASS and other partners launched a housing initiative to complement services offered by Butaro Hospital. 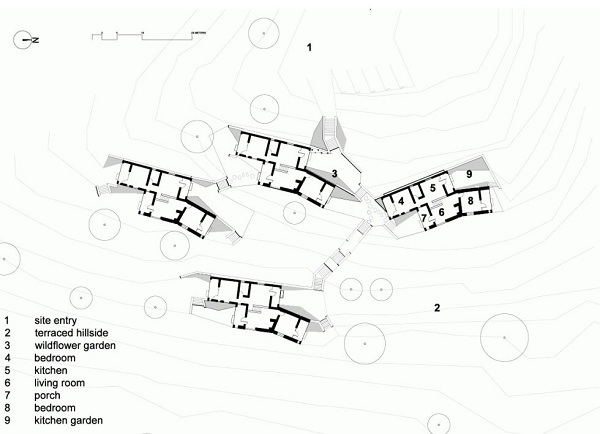 Butaro Doctors’ Housing project, a five minute walk away from Butaro Hospital, consists of four two- bedroom homes on a stepped hillside. The units incorporate two bedrooms, a living room a kitchen with a kitchen garden and a washroom located at different level within the house. 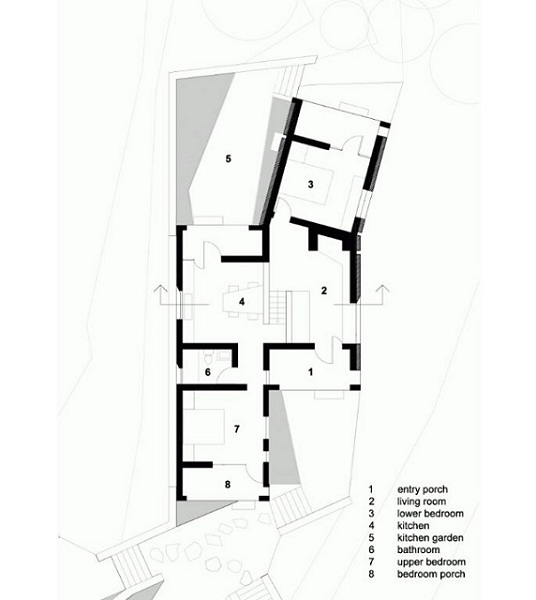 Construction highly alludes to locally available materials and technology while ingeniously incorporating new technologies to supplement on the structural integrity and appeal. Principles of sustainability and earthquake safety carry the day in inspiring the design. The project is constructed with Compressed Stabilised Earth Blocks (CSEBs) made in situ from soil excavated from the site. CSEBs reduced the amount of cement which could have been used if traditional methods were to be used and minimized transportation of materials. Since these blocks were made by locals, the project ensured that the designers’ goal to benefit the community was enhanced through job creation. 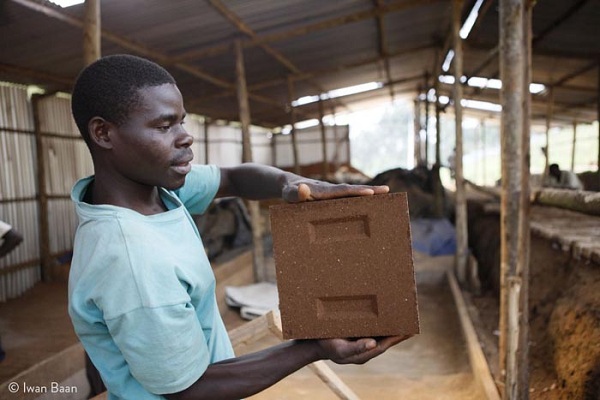 The CSEBs are further supported by a reinforced concrete frame to reinforce the unit’s seismic strength. Walls are then partly plastered and painted white. The local quality workmanship is best highlighted by the second layer of the volcanic rock from Virunga Mountains. Interior furnishings and fixtures are custom-made including poured-in-place concrete sinks, artisan made doors, metal light fixtures and the cypress and pine furniture. 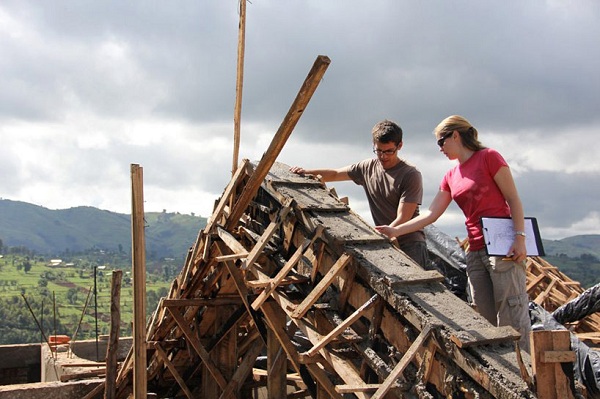 The project, completed in November 2012, currently houses Rwandan and expatriate doctors signaling a successful mission of the first phase of construction. Projected phases envision construction of more staff houses and accommodation for patients’ visitors. Butaro Doctor’s Housing project or Umusozi Ukiza—the Healing Hill, as it has become known, has boosted the socio-economic capacity of the community in the Burera region and has showcased an improved, sustainable building practice thus becoming a benchmark for better constructions. 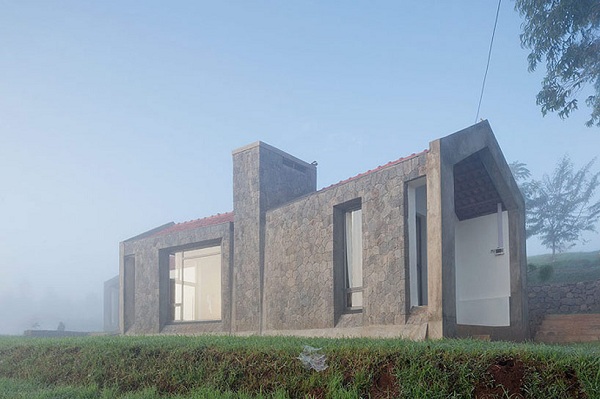 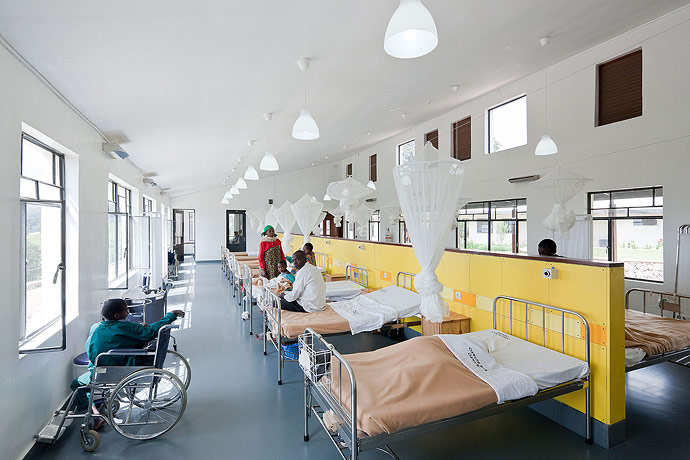