The Mario Cucinella conceived building seems to rise from the ground like a creature eager to explore the world after a long hiatus in hibernation, it is a building categorically envisioned as a series of dunes, a clever literal abstraction of nature towards the art of form making, something the firm of Cucinella has come to be identified with. Though still at its infancy in feasibility stage, the highly viable and representative building seems to exploit a direct correlation with the street and draws highly form iconism as perhaps it strongest ally.

From the Project Architects:
The building has been conceived as an icon where tradition and modernity are melted, both in form (which arises from a pointed arch typical of Mediterranean architecture and the inclination of the solar diagram) as well as in the treatment of the surface of the body.

The project is inspired by the Algerian desert landscape where the dunes of seem natural buildings, manufactured by wind and sand. Analysing the urban fabric, the location of the lot along a highway of great importance and especially the proximity to the new urban park Bab Ezzouar, offer the possibility to create a building highly visible and representative.

An institutional building as the new ARPT headquarters should be the reference point within a neighborhood and a city where tradition and modernity merge each other to create new symbolic and cultural scenarios. For this reason the project proposal draws a highly iconic building far from the predominant aesthetics of the area and which exploits the direct contact with the new park.

The desire to create a building that would work according to the principles of bioclimatic architecture and in particular by the natural cooling techniques of the past, such as the tu'rat, suggested an aerodynamic shape, convex on the North side to divert the hot winds, and concave on the South side to capture the cool breezes during the night, and thus to promote the natural ventilation of the building.

Form, energy and tradition are transformed then into a new building that will become a symbol of the development of Algeria. 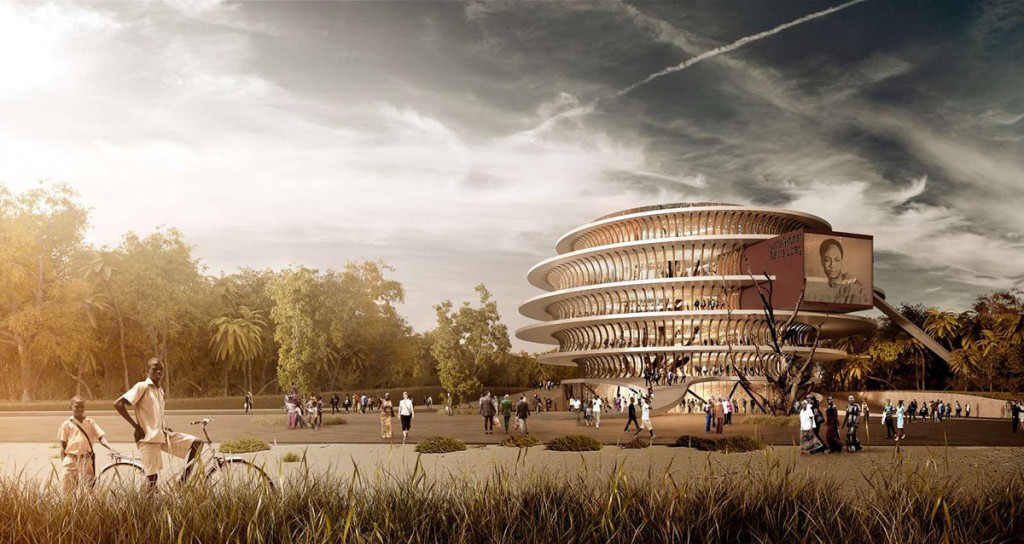