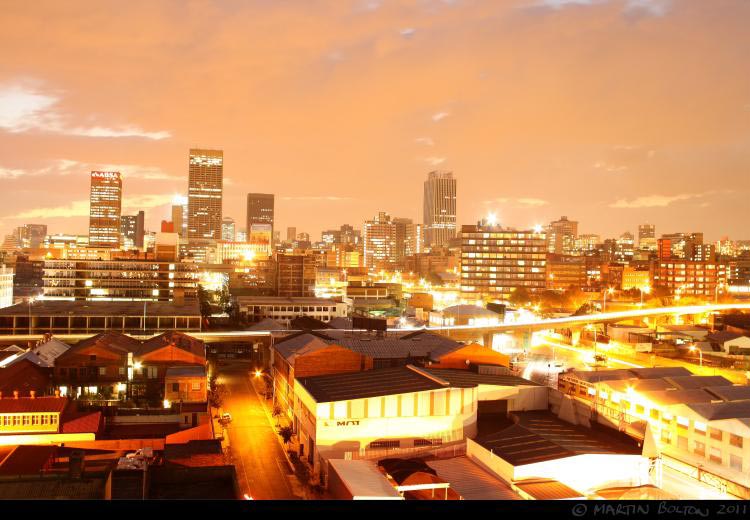 A city of various urban dimensions and distinguished as one of the largest urban clusters in the world. Jozi is undoubtedly the economic powerhouse of Sub-Saharan Africa with its origins made on the gold deposits lying in the Witswatersrand range of hills. The provincial capital of Gauteng has had its fair share of history from dusty miners’ town to aristocrat colonial society wrangling with apartheid to the metropolis has created multiple central districts. 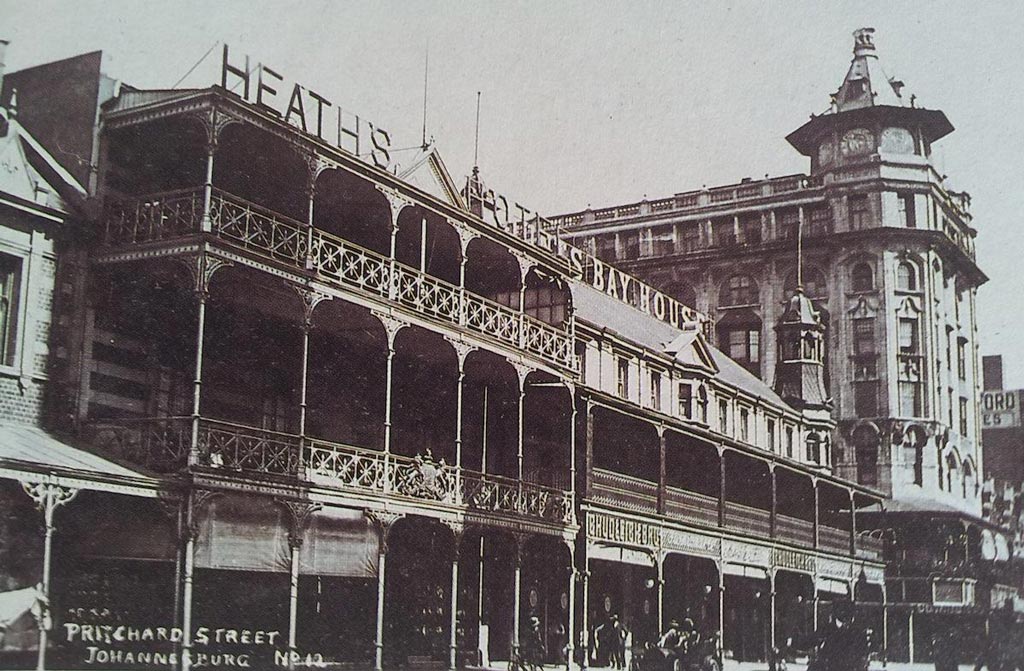 Located on the Highveld, in proximity to the Witswatersrand ranges, these lands was ancestrally occupied by the indigenous San people, then encroached by Sotho-Tswana during the southwards migration of Bantu speaking people in the 13th Century and later claimed as part of Zululand in the late 18th Century. It wasn’t until 1884 that gold was discovered by the settler Afrikaans community. One of the main urban centres was located as the Market Square for Egoli (present day Beyers Naude Square). By the end of the first ten years, the square served 100,000 inhabitants who ranged from wealthy European settlers and gold prospectors to suppressed native African labourers. ‘Johannes’ has always been a name in contention between the key personalities by the same name, Johannes Rissik and Christiaan Johannes Joubert. 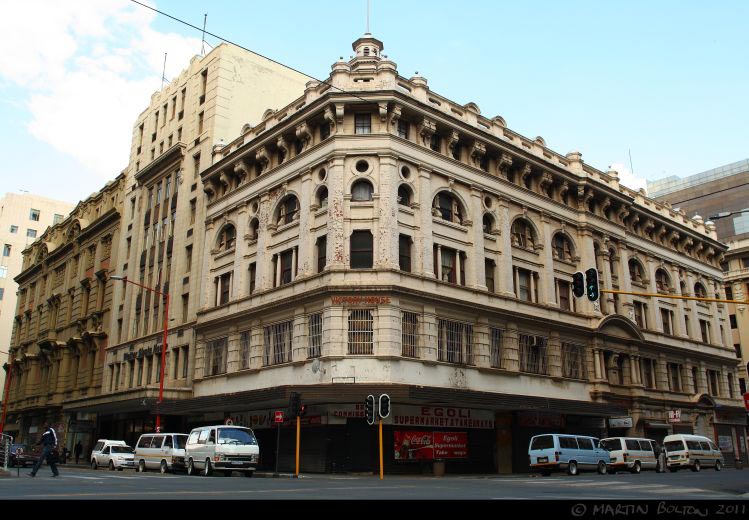 Following the South Africa’s departure from the gold standard in 1930, unprecedented development saw the rise of Public buildings such as the Johannesburg Public Library, which reconstituted the Market Square adjacent to it as Library Gardens. In the 1950s, there would be a formalized urban planning that would completely change the city morphology. The Apartheid Government constructed townships in a massive campaign of slum removal in efforts to racially order the city, a city divided upon ethnicity. For the black population, their housing was relegated to the outskirts of the city at the South West Townships, Soweto. For the English speaking Indian ethnicity, there was Lenasia which is closer to the city centre but smaller than Soweto. 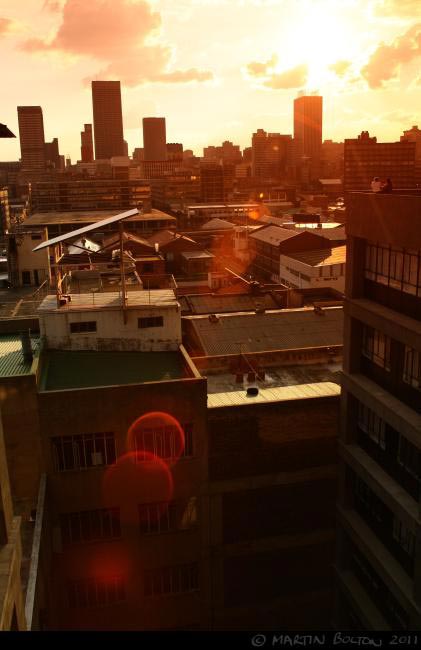 Meanwhile the CBD kept growing as a product of money and power. In the 60’s and 70’s, tower blocks rocketed in the skyline and like the Carlton Centre, still stand as some of the tallest buildings on the continent. Several multinational and corporate companies located their headquarters within the city while some abandoned mining compounds turned informal settlements were giving a fresh start as Sandton City and Rosebank. During the 80s and 90s, the trend shifted away from developing in the overpopulated city centre. Offices were relocated to the suburbs avoiding the crime and congestion of the big city. Sandton, Midrand and Randburg are some of the wealthiest satellite towns with their own offices and retail centres at the heart of their masterplans. 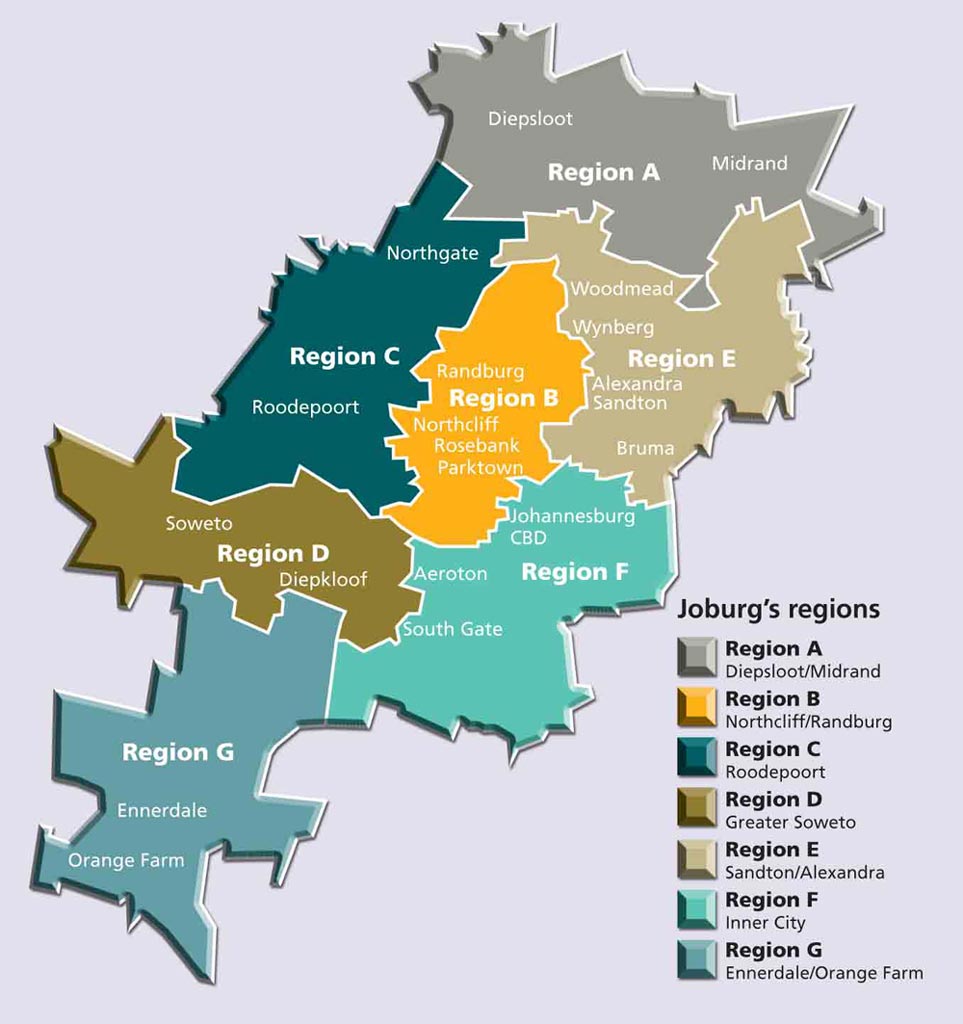 Today, Johannesburg metropolitan area includes Ekurhuleni, the West Rand, Soweto, and Lenasia. The Central Business District’s skyline has most of the tallest buildings on the continent, and the styles of architecture observed are Victorian Colonial, Edwardian Baroque, Art Deco and Modernism. Due to its large investment into parks and gardens, it is considered one of the greenest cities in the world maintained by the City Parks and Zoo authority. In terms of economy, Johannesburg Stock Exchange is the largest in Africa while it has a highly active informal industry second to Beijing. It is the cultural hub in South Africa hosting conferences and international music concerts, and a gateway into the country with the impeccable O R Tambo international airport and divinely smooth freeways. 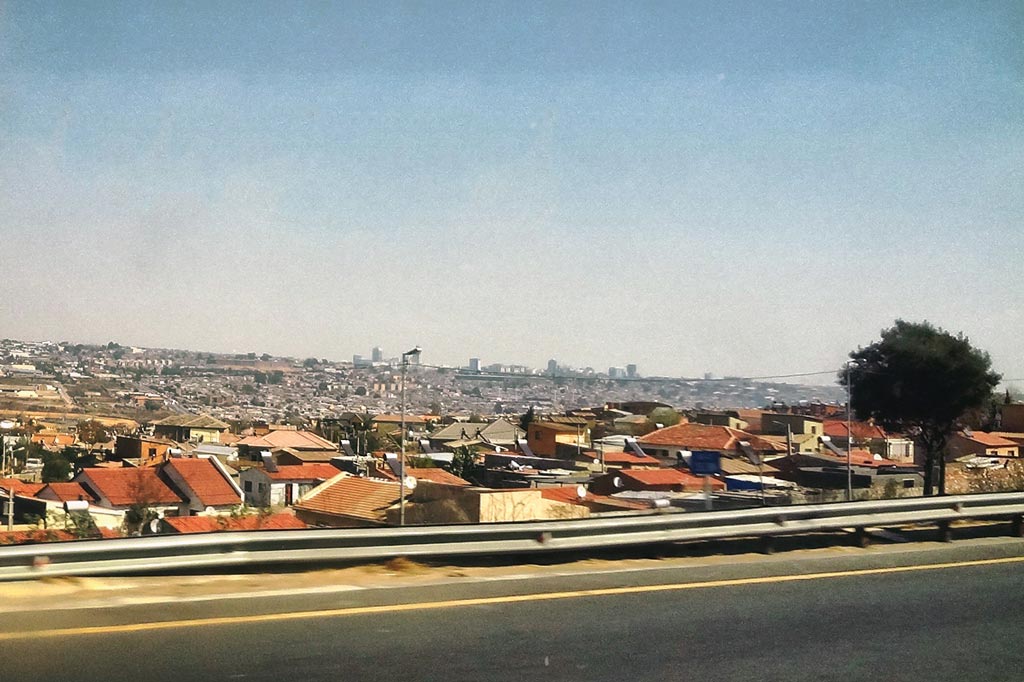 But even the most thriving cities have shortcomings. Jozi has been notorious for its crime rate in the recent past. The urban planning is still fragmented, with poor neighborhoods still leaning to the townships. With no convenient public transportation system, the informal minibus taxis carry the majority of people in townships. Though the Metrobus and trains on the rapid rail link offers a suitable alternative with underground and above-ground stations for the latter. 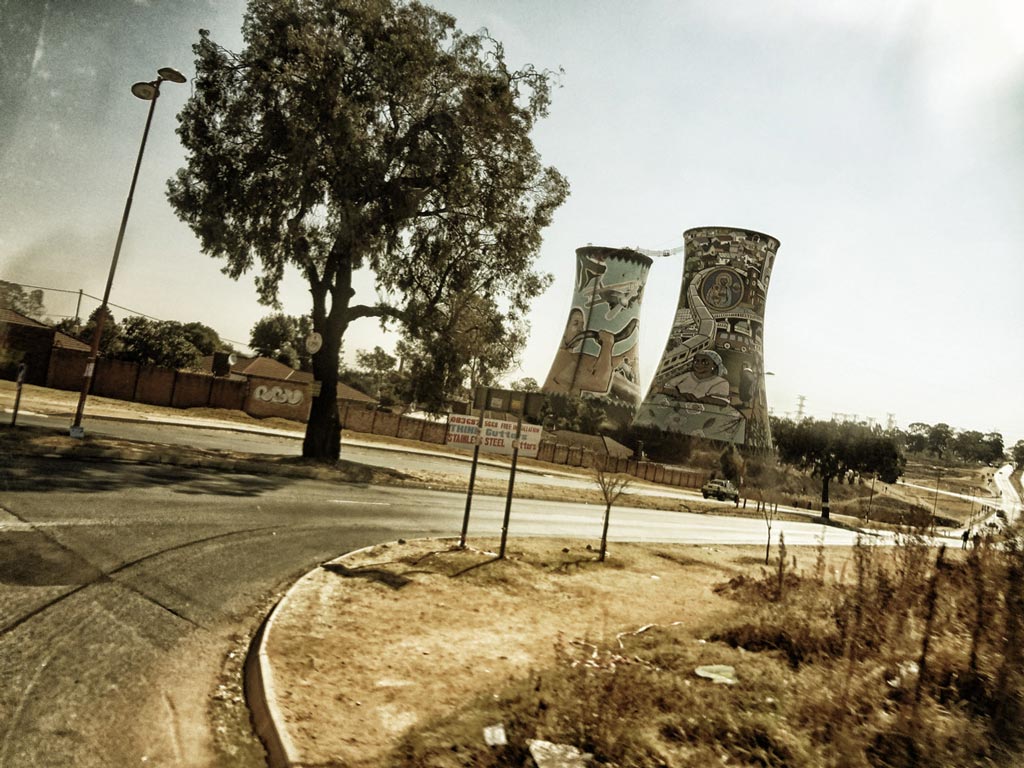 The direction in which Jo’burg is striving towards is bespoken by its multiple nuclei model. Despite having diverse cultures, decentralized office parks, and shopping malls in individual suburbs, the spirit of the city remains intact. There is a flare from its youth who have embraced urban culture, graffiti and contemporary hip-hop and South African house music. The city is beautiful, neat and intrinsic to the art and evolving architecture of the rainbow nation. Even Hollywood has taken notice, shooting a highly anticipated fight scene of the upcoming blockbuster Avengers: Age of Ultron in the CBD. It is a sign of a truly world class African city, one not afraid of the future and providing opportunity and exposure for its citizens. 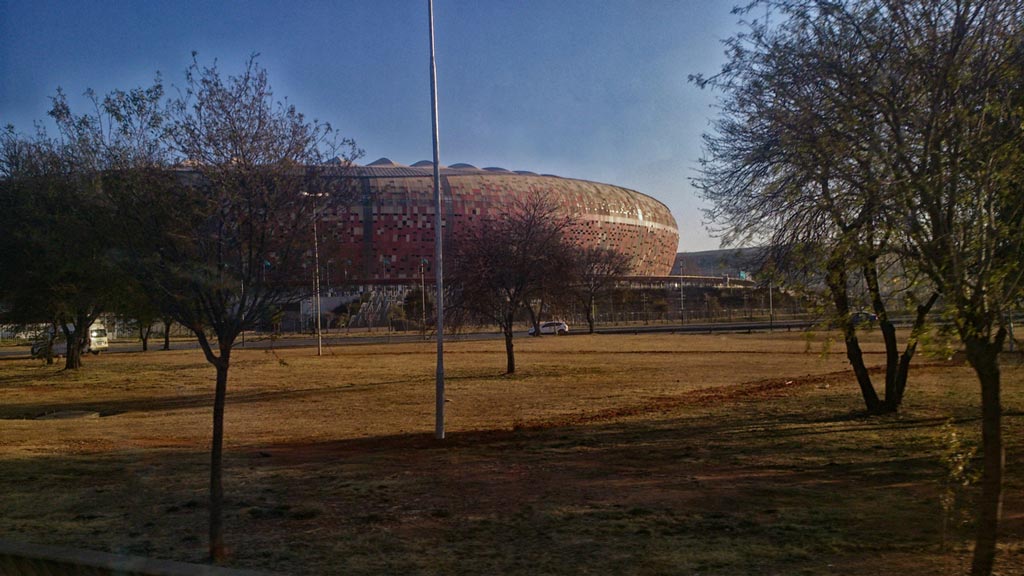