OKHA has just released their exploration of abstract geometry in The Stone Rug Collection. Much like the emoji’s of iSpeak or the hieroglyphs of ancient Egypt, the South African Nguni (Xhosa, Zulu, Ndebele and Swazi) visual lineage uses graphic geometry to instantly communicate messages such as gender, social status, and uses colour to represent mood. 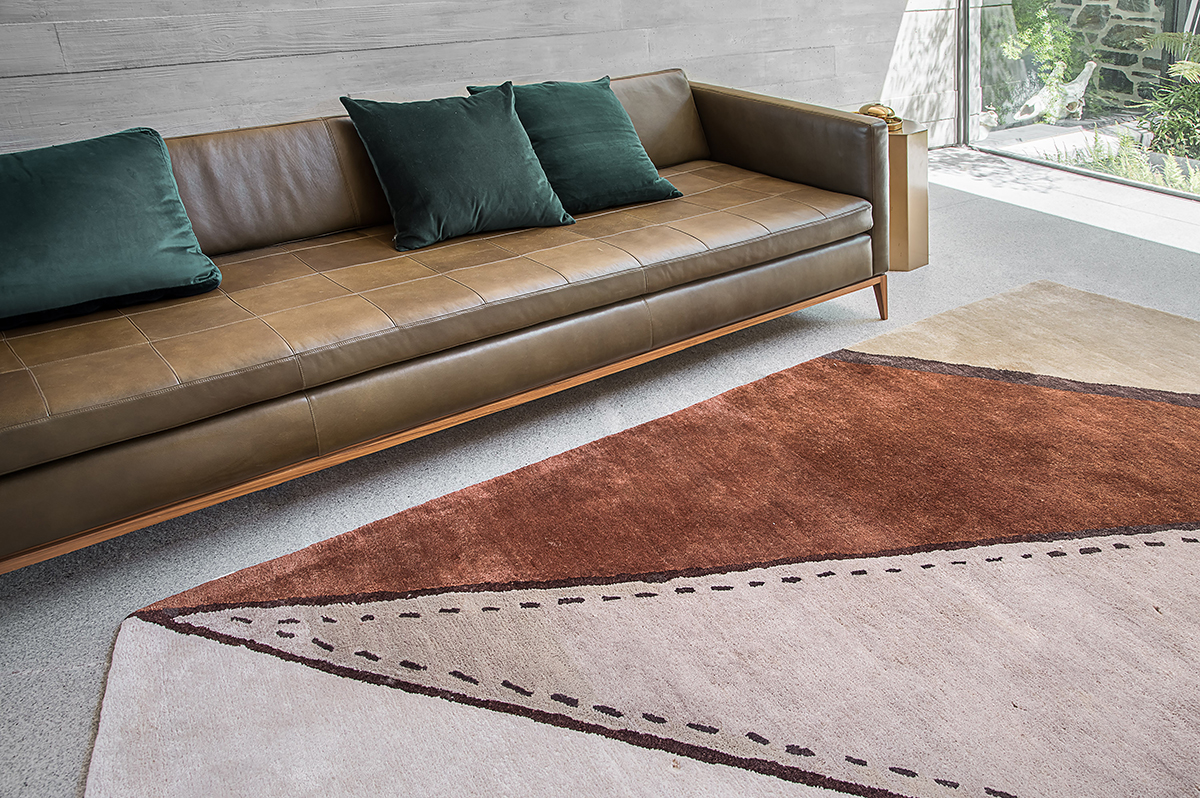 So while South Africa is often represented by bush and beating sun, if we are looking for a truly timeless and authentic motif, the most ubiquitous would be abstract geometry and specifically, the triangle. 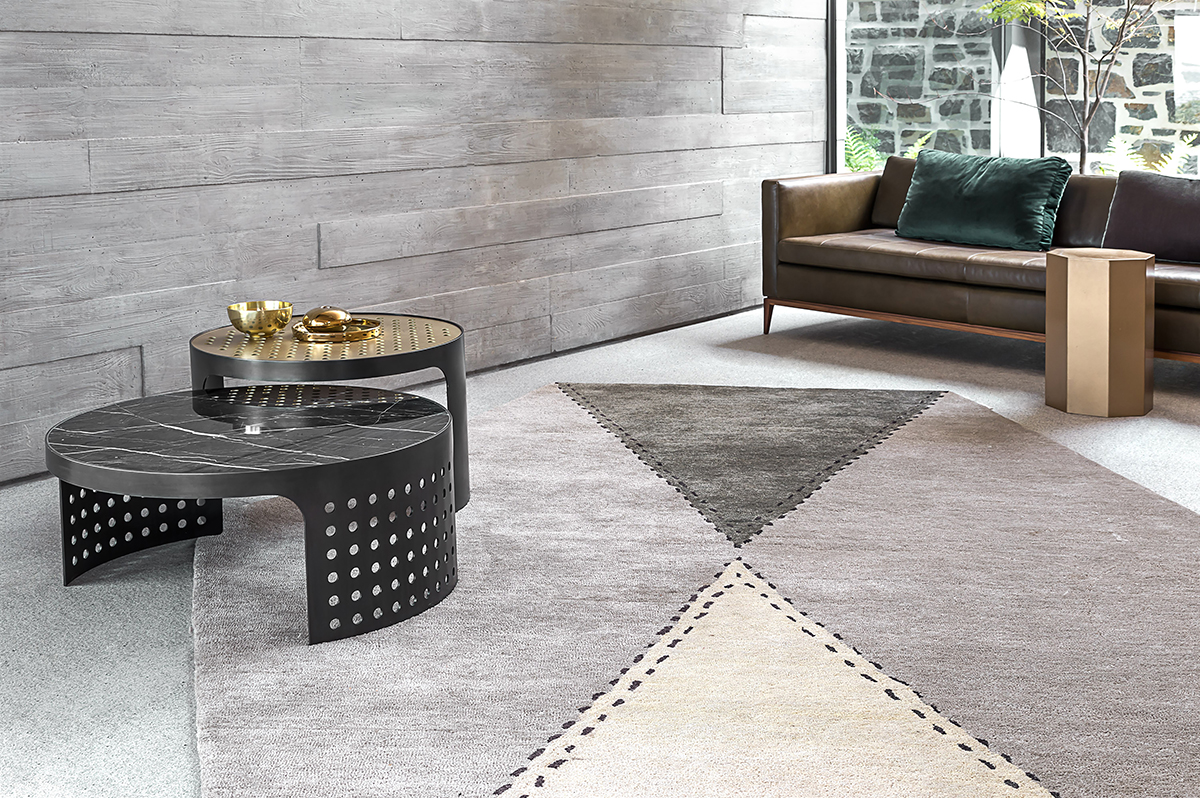 The Stone Rug Collection is nothing you would expect of a rug. Or rather it’s far more than you would expect from a rug. To begin, only one in the collection’s six designs is four-sided. This, the aptly named Traverse (defined by the online dictionary as “to travel across or through”) allows us to deduce that once you set foot on a world where the ground is woven from hand tufted fine Himalayan wool and bamboo silk, you literally traverse. 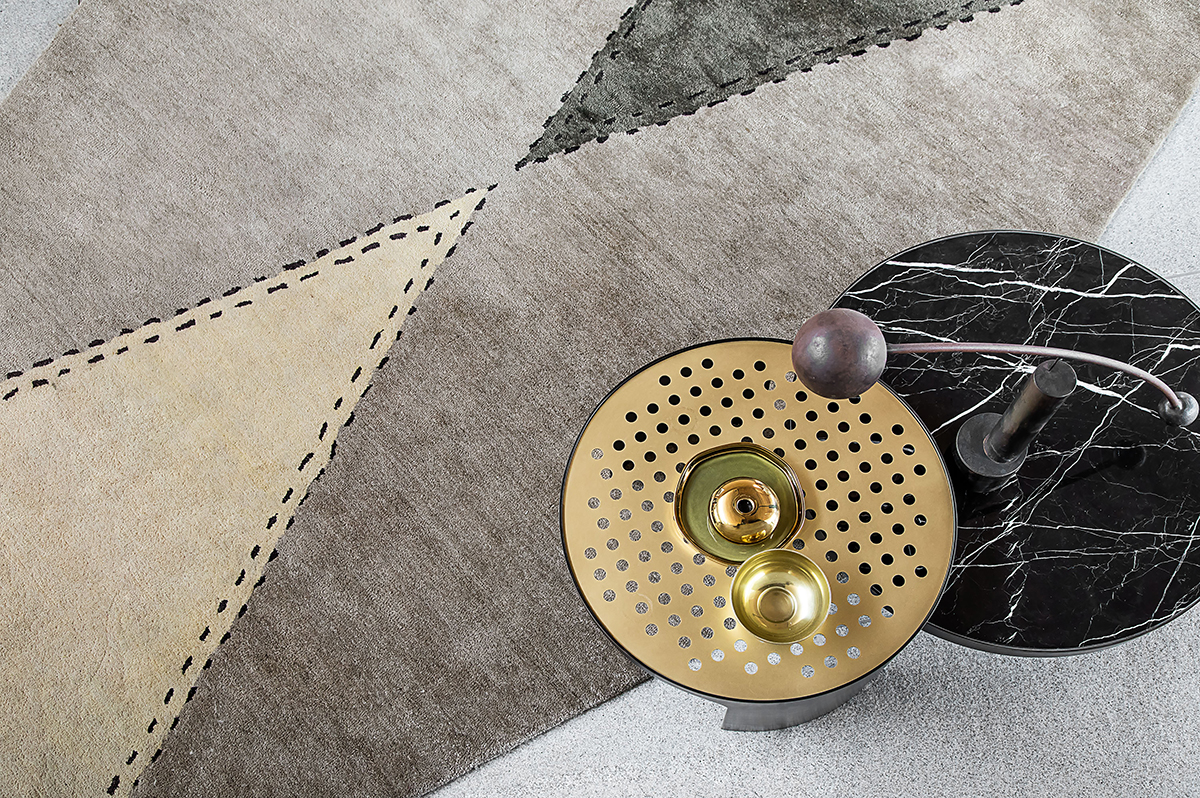 The STONE collection’s geometric montage evokes the designs of Zulu ear plugs or isiquaza, which were initially worn to show the wearer as having reached manhood and to show eligibility. Also visible is the relationship to the geometric symmetry in Xhosa beadwork, used to convey gender through to marriage. The Oblique rug which has six sides, literally makes use of oblique angles for its outer form while its visual design is cut in half by a black stripe, leaving triangles of color either side. 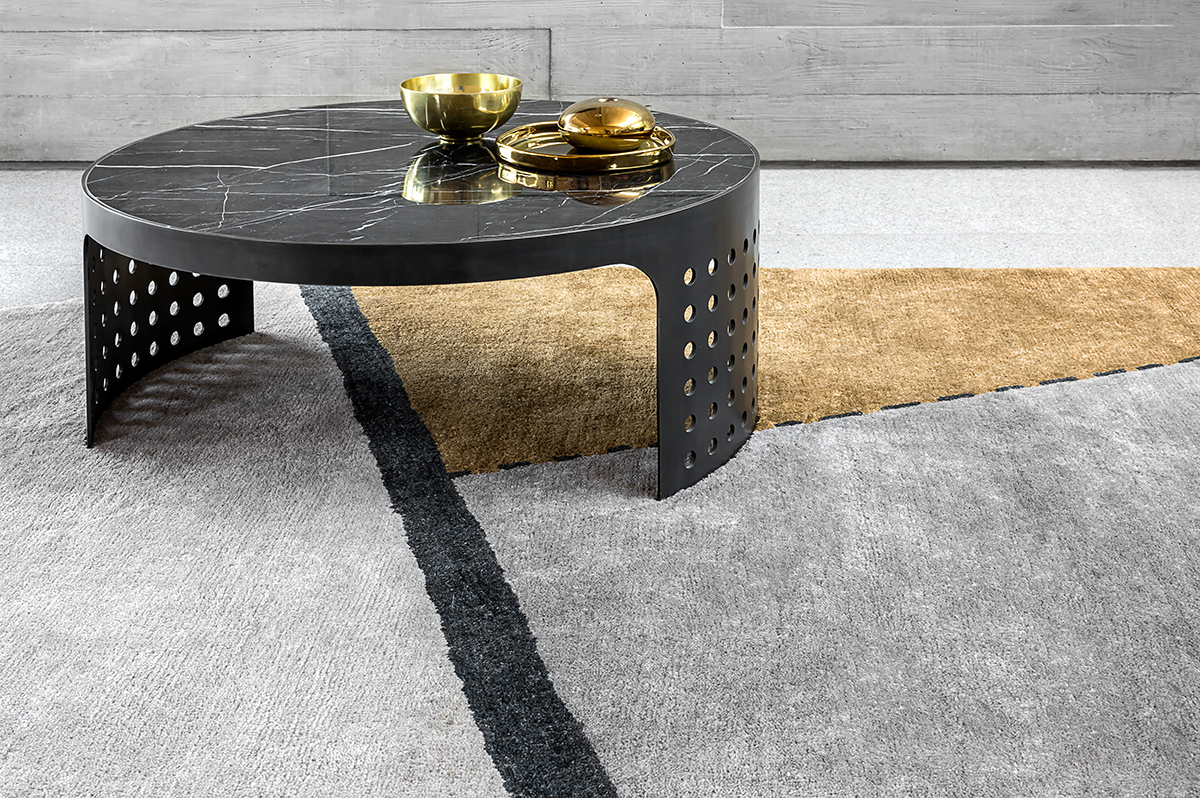 The Diamond Rug is also six-sided and emblazoned with a symmetrical motif - two triangles meet point to point and are flanked by two diamonds, forming an overall shape of a cut diamond (the precious gemstone of course another South African icon). A reason the triangle is such a fundament in Nguni fashion, social index and home decor is because the values of its endpoints visually form the trinity of mother, father and child. Put together in different arrangements, say hourglass or diamond, you are able to join different singular notions into compound meaning and arrive at a visual language. 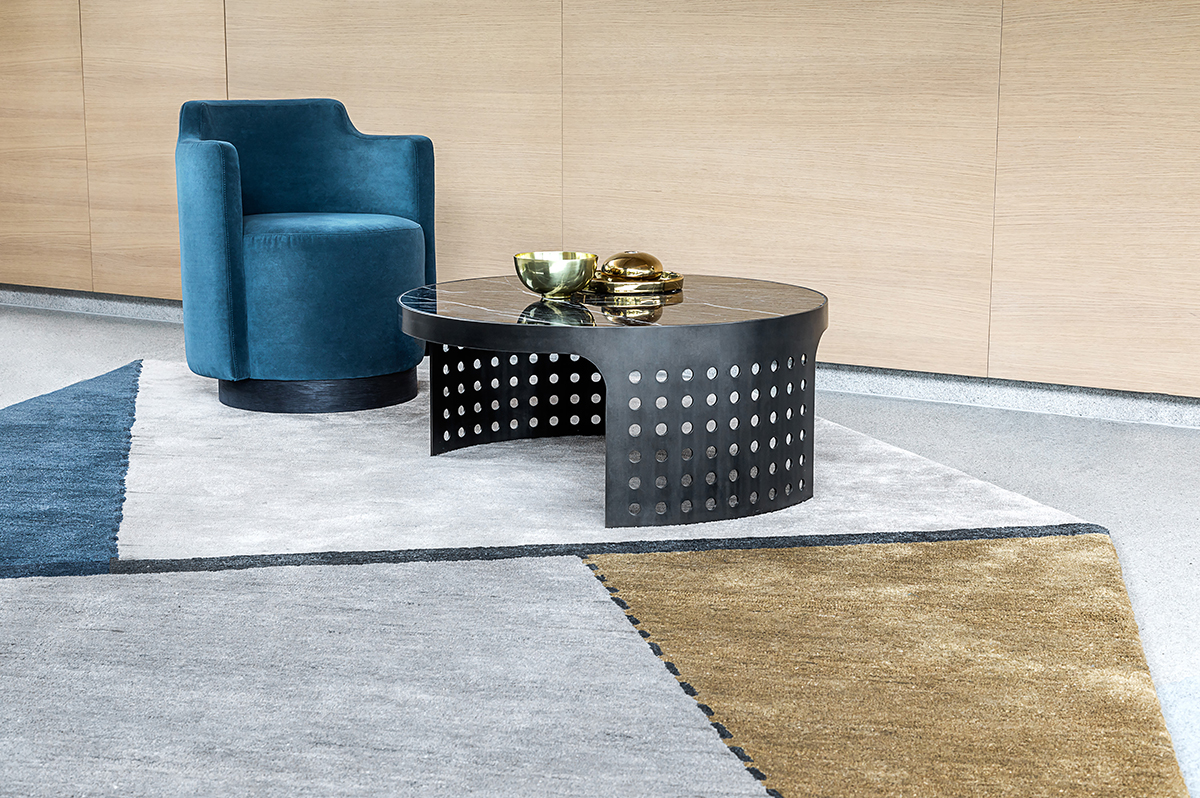 The STONE collection references older Ndebele paintings which employed the muted earthy colours of ground ochres and clays, offering us multiple colourways of baby blues, dusty pinks, reds, olive greens & greys as well as taupe. Stone Rug #1, #2 and #3 all have five sides of different lengths and pay homage to Ndebele home decor by using bold outlines or impressionistic stitching to create contrast. OKHA has referenced rock structure, tribal art and traditional beadwork, fusing them as one concise and defined Afrocentric graphic language. Angular and geometric designs are zoomed in, exploded, reduced to their core dynamic component; the result is African modern, robust, elegant and kinetic design diffused with subtle texture and material nuances that make the STONE collection abstract floor art for the progressive and discerning.