Designed as an urban community project, the mission and end goal of the design was to improve the human spirit by responding to the growing need for clean water, power, shelter, healthcare and education. Being an Aga Khan Award-winning design, the Central market in Koudougou involved not just the construction of a physical urban infrastructure, but also the elaboration and implementation of a participatory process open to the different members of the community.

In a context characterised by a predominantly rural setting with about 90% of the population spread over more than 8000 villages in one of the poorest countries on earth, a varied traditional architecture, and an inter-tropical climatic zone transitioning between an extreme dry and wet season, the urban market project posed a unique design and implementation challenge to the team. The first step was to choose the site for the new market and following lengthy discussions, the site of the original Central Market, which covered an area of 27,750 square metres and was situated in the commercial and administrative zone, was retained. 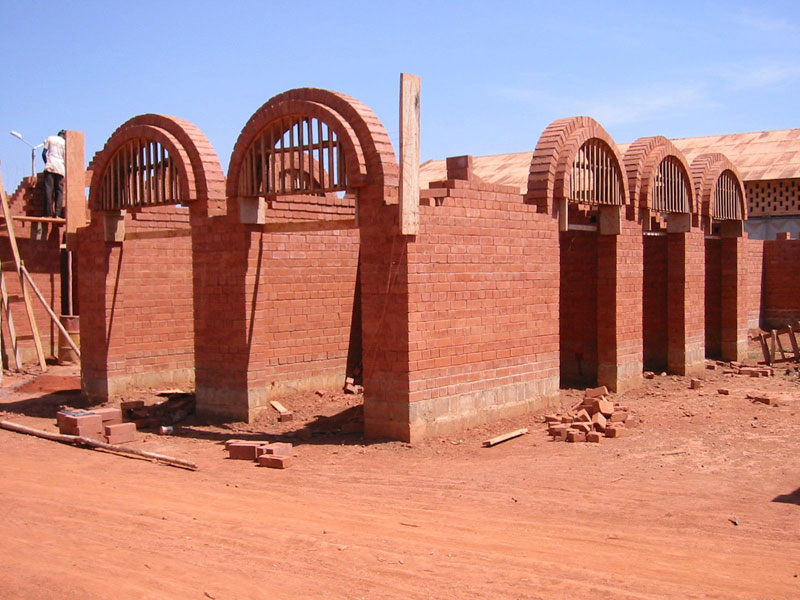 Covering a total area of 29,000 square metres on a rectangular plot oriented roughly northwest to southeast, the intended impact of the project was twofold; at the scale of the city it was expected to enhance the urban fabric and strengthen the commercial vocation of the neighborhood while On the level of construction, the innovative use of compressed earth blocks was intended to demonstrate the aesthetic and environmental potential of the local material. Based on a simplistic and regular layout, the market combines a covered hall with space for 624 stalls with a further 125 buildings containing 1,195 shop units, the vast majority of them small spaces of only 6.20 square metres.

A first orthogonal grid – with rows of shops running east-west along the width of the market – defines the alleys. A second orthogonal grid – with shops directed north-south along its length – defines the small gathering places. This grid is interrupted by the stalls zone, which has been conceived as an open vaulted space, supported by a series of high arches that permit a visual continuity. 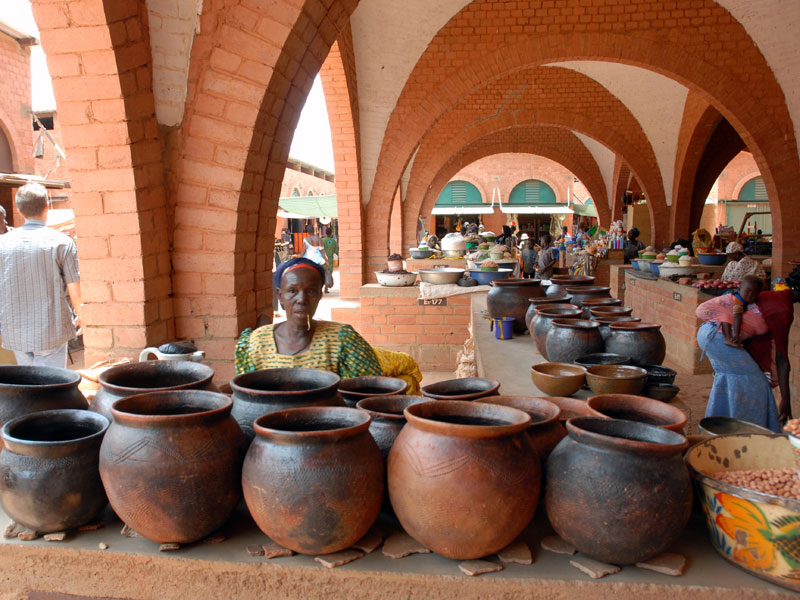 The juxtaposition of the two grids creates a special rhythm despite the high density and the repetitiveness of the construction. It also opens up views all along the length or breadth of the market. This organisation allows for good air-circulation and gives every building the benefit of shade created by the other constructions. Climatic conditions are addressed by minimizing solar exposure and by using appropriate building materials. 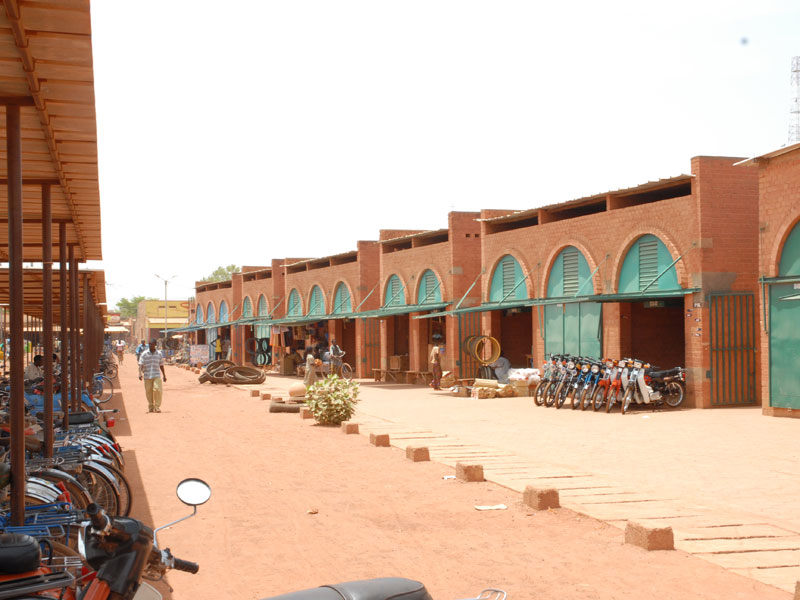 The main construction material (earth) was extracted from a hill situated two kilometers from the site. Extraction was manual and the earth was compressed in manual presses imported from Belgium. (These machines were sold to locals at the end of the project.) Only the transport required motorized engines. Concrete and steel were imported from neighboring countries. Metal sheet for roofs, doors, gates and shutters was manufactured in Burkina Faso, and local blacksmiths trained the craftsmen who built these components in the market. 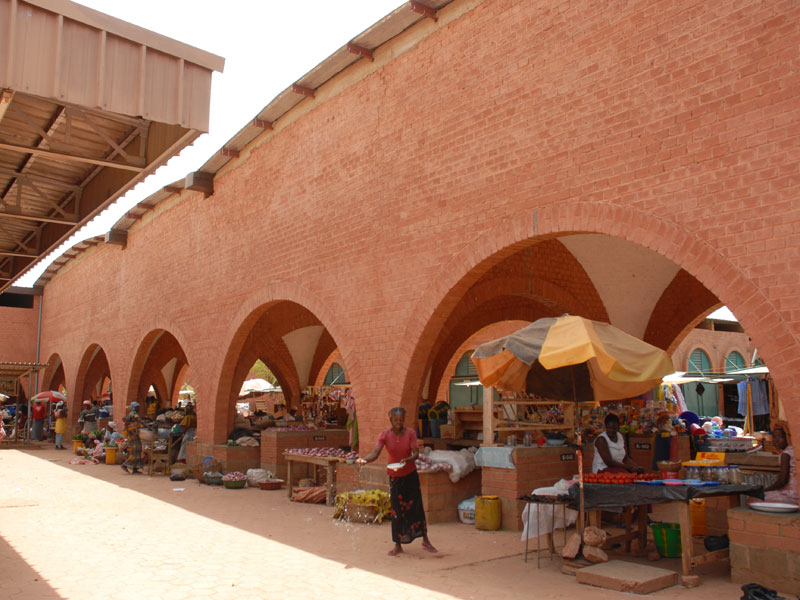 Being labor-intensive, this project generated more jobs than a construction in concrete. The raw material was extracted by locals and all blocks were made on site at a rate of 1,000 bricks a day per worker. The specialists in vault and dome construction were local enterprises that had acquired experience on previous projects, mainly in Ouahigouya. These private enterprises participated in the training of the local labor force. Although the architect was Swiss, the civil engineer and all technical agents were from Burkina Faso. 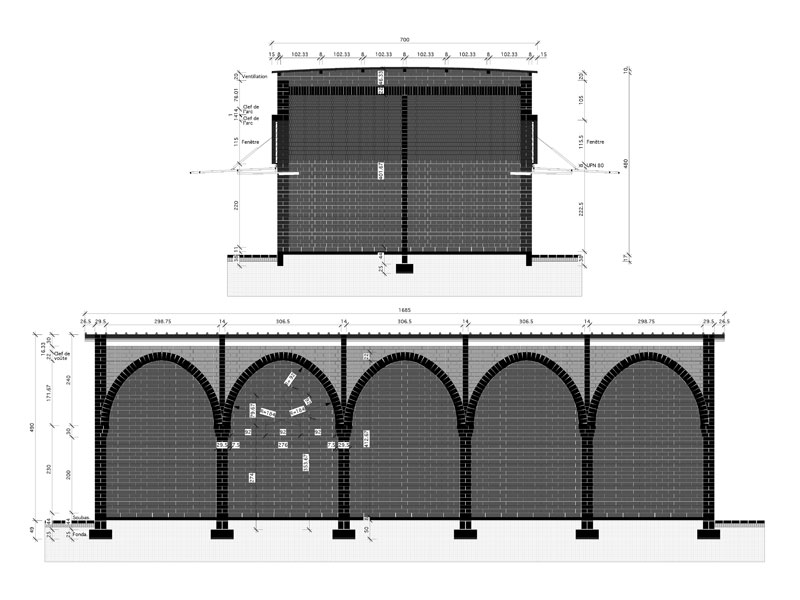 This project is deserving of its award based on its success in addressing not only the geographical context but the socio-economic aspects therein. The market was the result of a process that brought together and engaged the entire community in the site selection, design and construction as well as its continuing uses. Furthermore, by using stabilized earth, the project introduces simple and easily assimilated technological improvements that optimize climatic performance and use traditional local materials and local labor. It also aims at reviving the popularity of this type of construction, boosting demand and consequently employment. 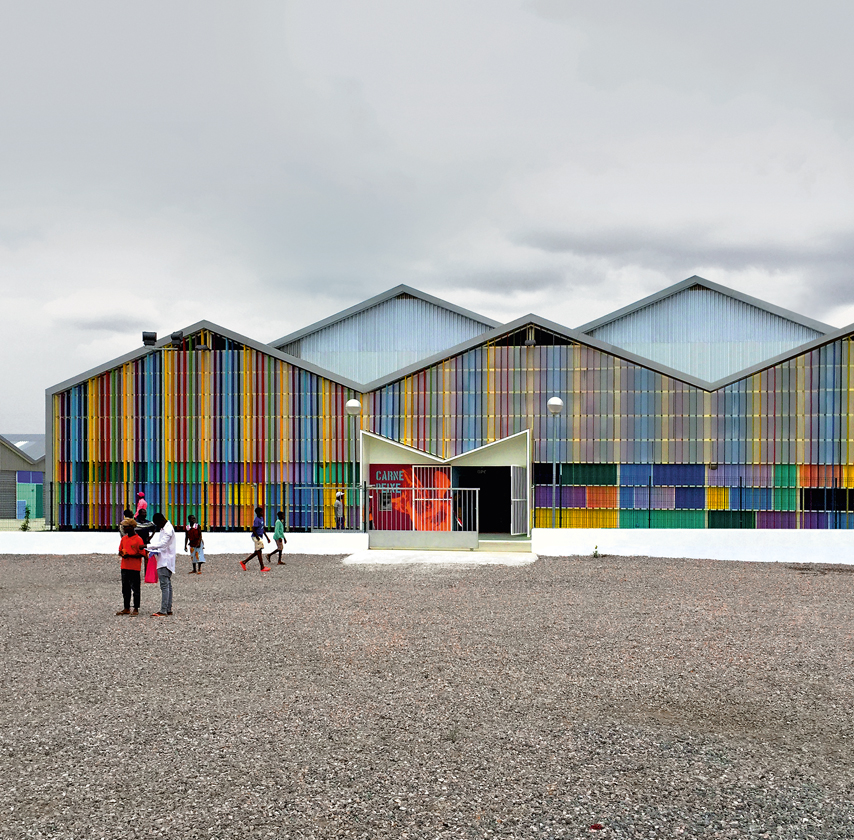