If you have had the chance to interact with the works of one Diebedo Francis Kere, then you will understand why ArchiDATUM loves this man. His work speaks volumes about architecture in Africa; designing for what we know, and where our heart is. If you have heard the opportunity to listen to Kere talk about his work, then you know he is a passionate man, and a humorous one, if I might add. Sustainability acquires meaning, for those who struggle to define the term.

The context for which he designs is a small West African country-Burkina Faso, one of the poorest countries on earth.

Being native to Burkina Faso, he grew up facing many challenges, few resources and an oppressive learning environment within the school located 40km from his home area. This experience influenced him so much that when he began to study architecture in Europe, he purposed to reinvest his knowledge towards building a new school in his home village. With the support of his community and funds raised through his foundation, Schulbausteine fuer Gando (Bricks for Gando,) Francis began construction of the Primary School, his very first building.

This school, in a remote settlement in the south of Burkina Faso, is the expression of one man’s commitment to improve living conditions in his village. It also represents the involvement of a whole community in the construction of a building that symbolizes the first step towards this improvement. Influenced by parameters of cost, climate, resource availability, and construction feasibility, Kere was heavily involved in raising funds in Germany, where he studied, mobilizing the local population and securing the support of a government institution that could train people in using improved techniques to construct with local materials.

The ground allocated for the school and any future expansion was 30,000 square metres, including the sports field and garden. The school building itself occupies 526 square metres. It is a long rectangular volume, set on a platform raised 500mm from the ground and oriented along an east–west axis, meaning that the main exposures are towards the north and the south. The roof overhang provides the necessary shade, particularly needed on the south side. The walls are built in compressed stabilized earth blocks. These are ‘ribbed’ with pilasters for further structural soundness and to provide solar protection from the east and the west; they also enhance the three-dimensional quality of the walls. In the interior the pilasters create niches on the end walls of the classrooms. The niches have been made into cupboards by recycling the wooden formwork employed when pouring the reinforced concrete.

Climatic comfort is ensured by the building’s orientation, by the nature of the wall materials and by a design that allows the unimpeded flow of air between the roof structure and the ceiling. Cross-ventilation is further enhanced by abundant use of shutters on the northern and southern walls. The teachers’ houses are disposed along a wide arch segment which more or less marks the southern limits of the school site. Six units were built, to a total of 300 square metres of covered area.

The result is a sustainable building design that combines passive solar design and cross-ventilation with the use of earth as the basic construction material. The school is an object of pride to the local community. It now serves children not only from the village of Gando but also from the surrounding area. In the architect’s words, the project is intended to be ‘adapted to the needs and the economic situation of the people in the region and responsive to the prevalent climatic conditions, and thus capable of achieving sustainability’. He adds that this involves, ‘on the one hand, informing the village community and raising their awareness of the merits of traditional construction materials and, on the other, evolving high-grade planning concepts and constructive architectural solutions using local construction materials and the skills of the local community’. 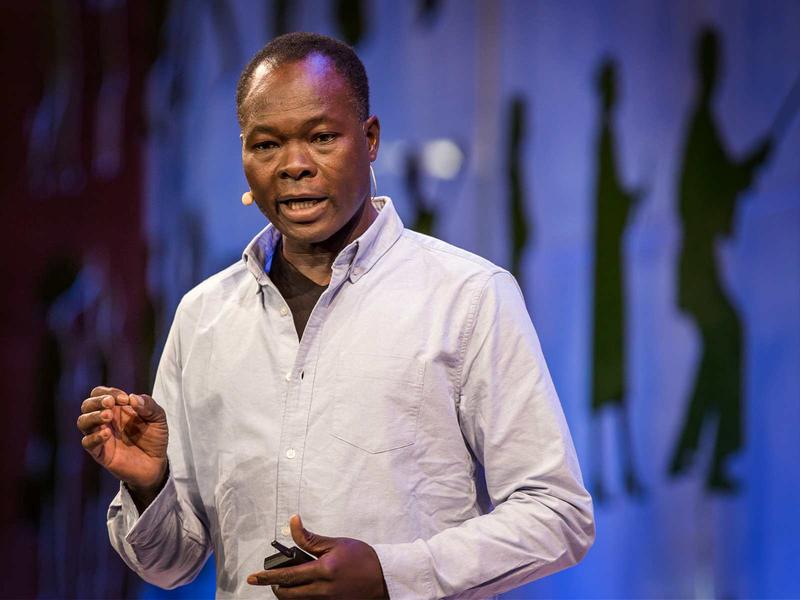