Mathias Agbo, Jr. is design researcher and built environment designer. He runs a small design-build consultancy in Abuja, Nigeria and periodically writes on design and architecture. Find him on Twitter @Mathias_AgboJr.
Photography by Shola Ogunniyi, Nigeria, who is a Street documentary photographer based in Lagos, Nigeria

In most great cities, street vendors are an essential part of urban life. They give a place its texture, its bustle and buzz, even its soul. With the dawn of each new day, on streets and piazzas all over the world, vendors take their places, roasting walnuts, making waffles, grilling hotdogs, setting up makeshift stages for performance or the creation of art. Most of us can’t imagine city life without these vital players. But these idyllic scenes are in brutal contrast to what we often witness in many African cities, where strict laws against street trading have resulted in ugly confrontations between police and vendors. 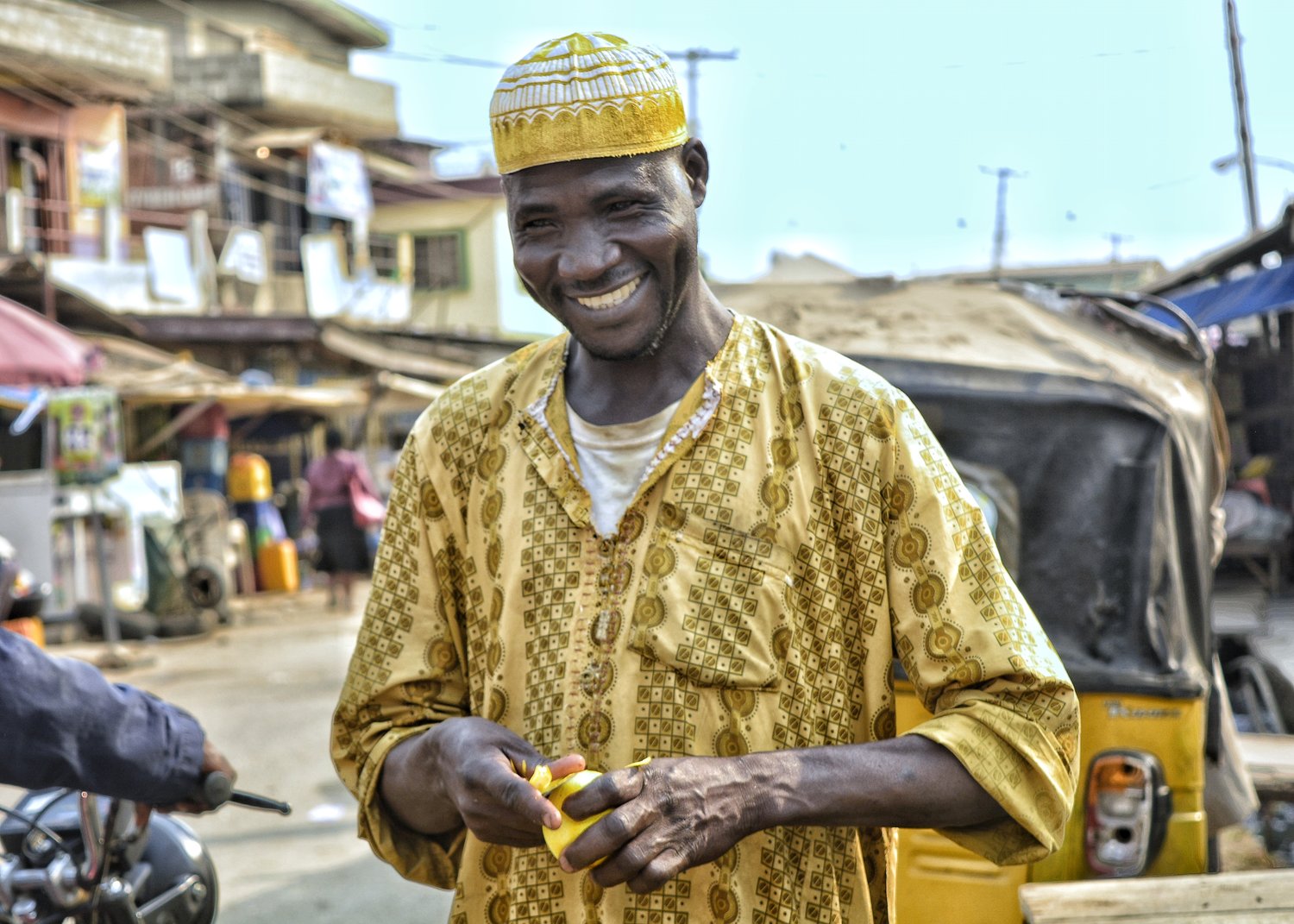 Last year, on the afternoon of June 29th, a riot broke out on Ikorodu Road in Lagos, after a vendor was struck and killed by a truck, while fleeing from operatives of KAI (Kick against Indiscipline, a law enforcement unit set up by the government to monitor street activity). KAI was enforcing a 2003 Lagos State law that prohibits street vending inside the city, and imposes a three-month jail sentence, or a fine of 5,000 Naira. The death incensed other street vendors, and their supporters, who began wreaking havoc on nearby BRT (bus rapid transit) vehicles plying the route. At the end of the melee, at least 48 buses were vandalized and several people injured. (There were also unconfirmed reports of a few deaths.) 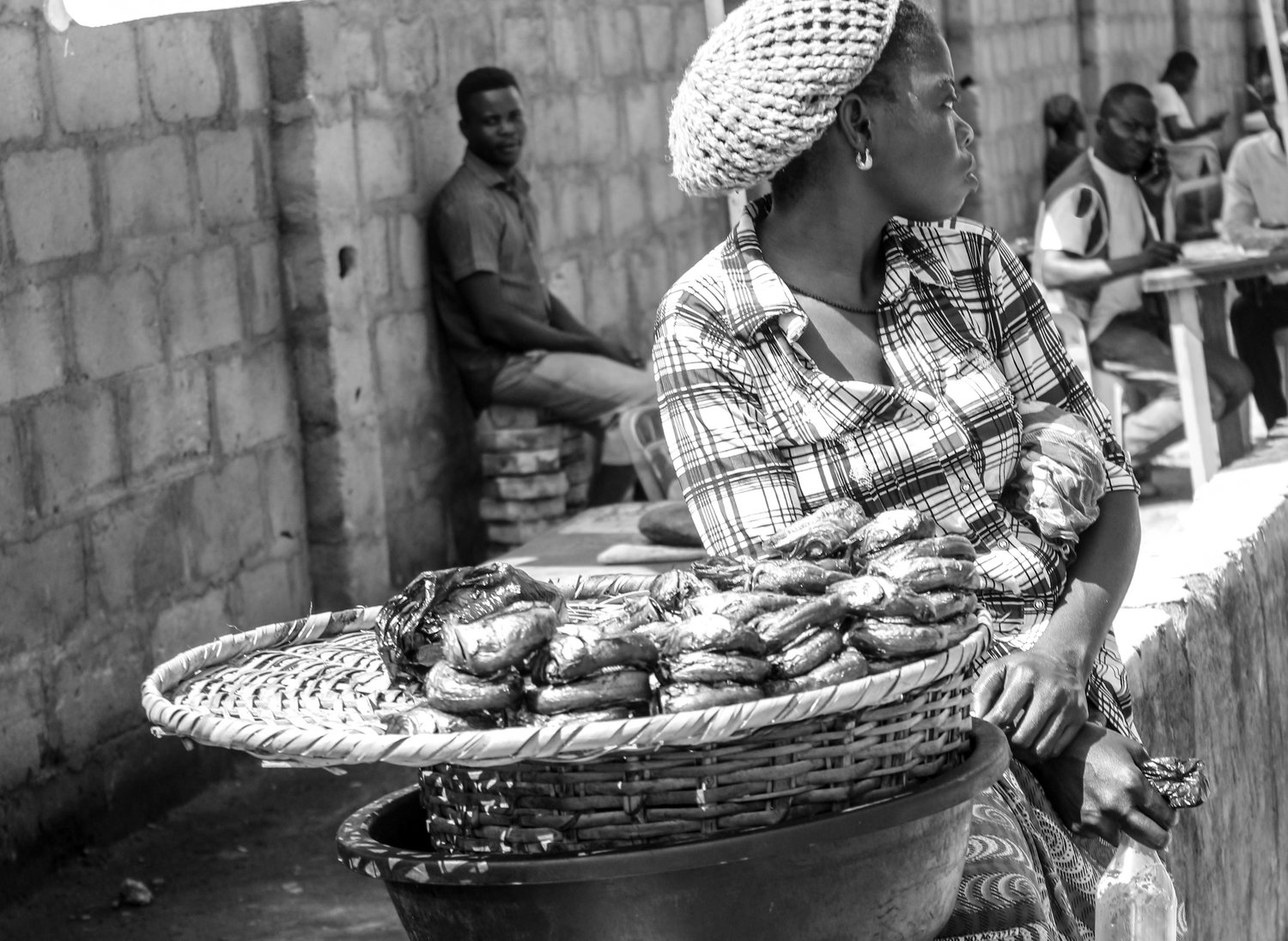 Similar scenes of tension and unrest have played out in other African cities. And yet the criminalization of street vending—the strict laws, the violent crackdowns—has done nothing to curtail the practice. Driving through the streets of Abuja, Nigeria, at the end of each day, residents are greeted by a veritable army of street traders, hawking everything from beverages and household consumables to phone battery chargers, kitchen utensils, school bags, clothing, vegetables and even freshly caught fish.

While they are technically engaged in a “criminal” activity, there’s no doubt that these vendors are providing a valuable service. But the shopping experience at these makeshift bazaars is always a furtive one, for vendors and customers alike, as traders constantly glance nervously over their shoulders, ready to bolt at any sign of trouble. As a result, most traders resort to hiding their larger stash of wares in nearby alleys and burrows, often emerging from them to make quick sales and running back into hiding at the sight of police.

No coherent reason has ever been given for these violent crackdowns, other than a warped obsession by authorities with creating an illusionary urban utopia. The terrible truth is, the vendors are symbols of systemic failure, constant reminders, hence the official obsession with shoving them out of sight. 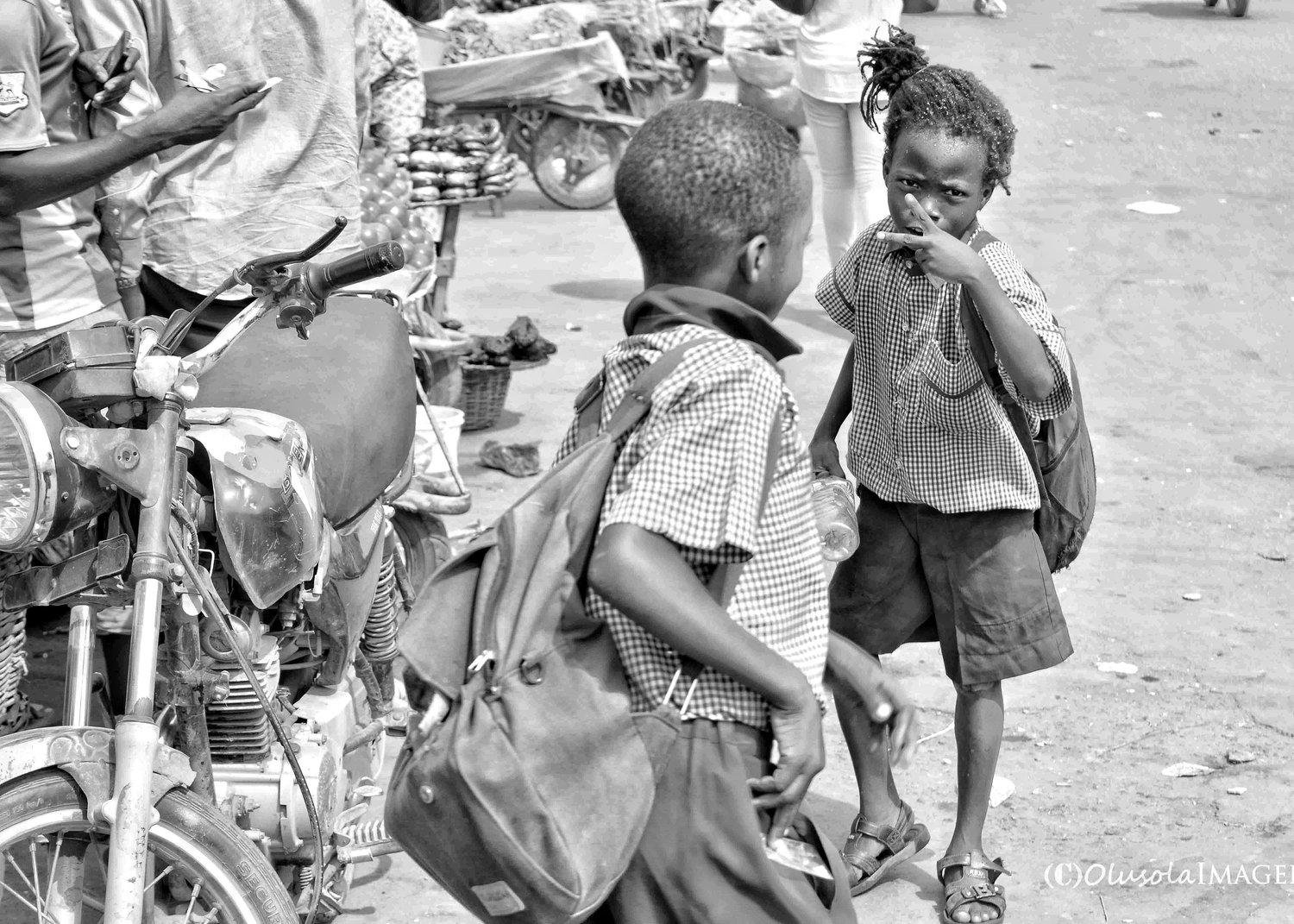 Why are cities in Africa so intent on criminalizing street vendors? No coherent reason has ever been given for these violent crackdowns, other than a warped obsession by authorities with creating an illusionary urban utopia, one that’s oblivious to the poor. The terrible truth is, the vendors are symbols of systemic failure, constant reminders, hence the official obsession with shoving them out of sight. Vendors are also accused of obstructing traffic, but I think this concern is overblown and in some ways exposes the anti-pedestrian bias commonly exhibited by city officials.

This misguided effort is hugely counterproductive and ultimately destabilizing, on several fronts. Here in Nigeria, we have to ask ourselves a series of questions: is it smart urban policy for an armed task force of AK-47-wielding policemen to crack down on street vendors with the same ferocious brutality usually reserved for violent criminals? What does that tell the citizenry? How does it promote social inclusiveness? Social cohesion? How does this policy make our streets and cities safer? It doesn’t. Instead it simply adds an unnecessary element of potential chaos, endangering everyone involved: vendors, their customers, pedestrians and even the law enforcement personnel.

The vendors are a vital part of our cities, regardless of the official policy toward them. It is perhaps no accident that one of the most significant civil uprisings in recent memory began with a street vendor. In 2010, Mohamed Bouazizi, a Tunisian fruit hawker in Sidi Bouzid, set himself ablaze after many failed attempts to recover his confiscated wares from a local market inspector. His death sparked protests that ultimately toppled the government and helped fuel uprisings that became catalysts for the Arab Spring.

The fierce resolve of traders—who return to the streets immediately after every crackdown —shouldn’t be viewed as acts of civil defiance, but as acts of self-preservation. They are trying to earn a living. It’s time for city authorities across Africa to acknowledge this reality, and make peace with it. There is virtually no amount of force that will eliminate their presence entirely, and for good reason: they’re symptoms of a bigger problem.

According to the 1995 Bellagio International Declaration of Street Vendors, widespread street trading is largely the result of uneven distributions of wealth. Although the declaration is more than twenty years old, it still has plenty of sound advice for African cities. We need to liberalize street vending and issue licenses and permits to traders. Instead of intimidating, exploiting and extorting venders, the current policy, the issuance of licenses could be used as a leverage to regulate, train and equip them. It’s long past time we realized that they are not the enemy. They are—in the realest and most profound sense—Us.