At the outskirts of Luanda sits a unique contemporary institution of higher education. The University of Agostinho Neto expresses modernist principles with an exciting sense of place that incorporates the very best in environmental design, thanks to the experienced team at Perkins+Will Architects. Defined by an elliptical ring road, the academic village resembles a pinwheel in its master plan, with a series of courtyards and orthogonal paths that lead to the main court atop the library.

As a fully-pledged university of 40,000 students it covers 2,000 hectares and includes residential buildings and a research park. This campus is built in two stages: the first being a central library with utility spaces above and below ground surrounded by classroom buildings which house Mathematics, Physics, Chemistry and Computer Sciences facilities. The second stage will include a series of colleges. 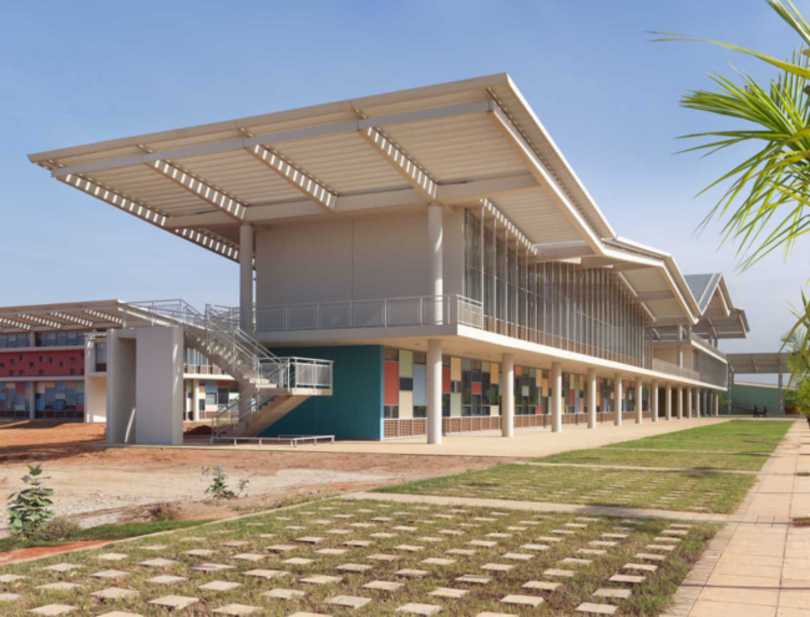 Architects designed this institution with the style of Le Corbusier in mind, arguing that the minimalist modernist style would fit in well in Angola. Their only concern was maintenance; they noticed many structures in Angola bearing the modernist signature style rather under-maintained.That observation served as a warning: Make sure the new university buildings are easy to care for, or, as Johnson, principal of the firm’s Chicago branch, put it, “have very few moving parts.“ 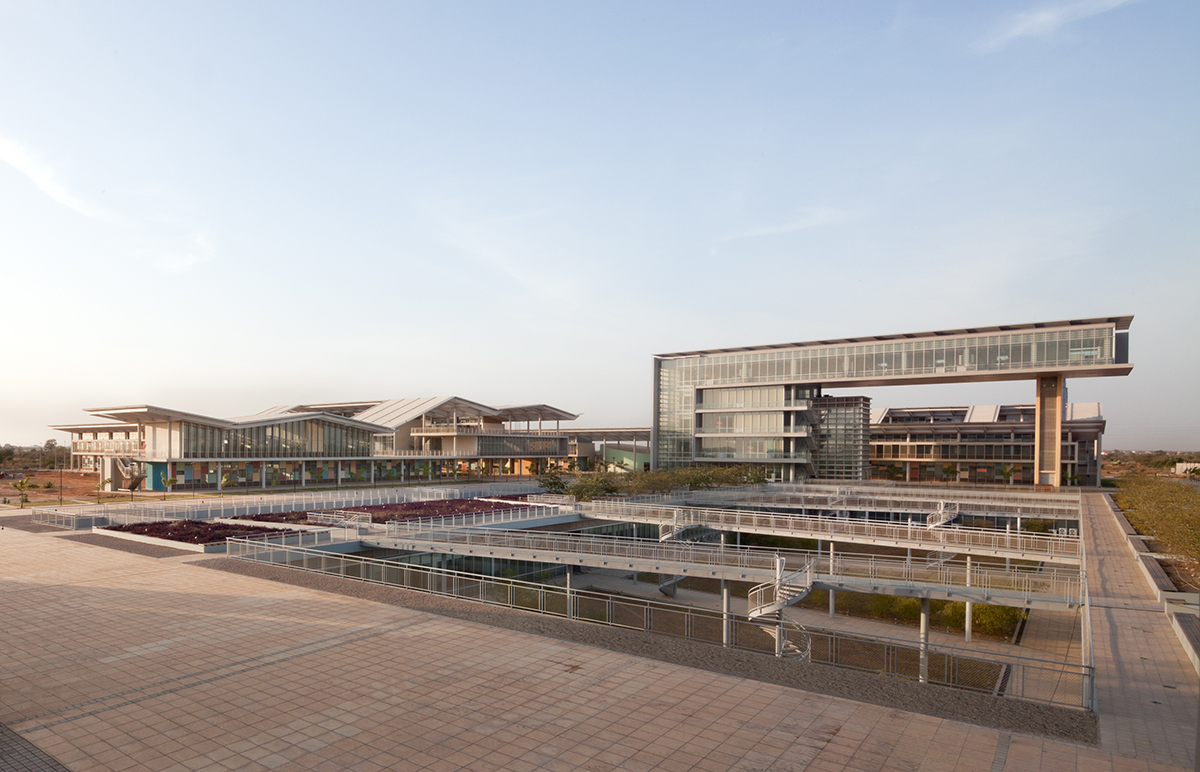 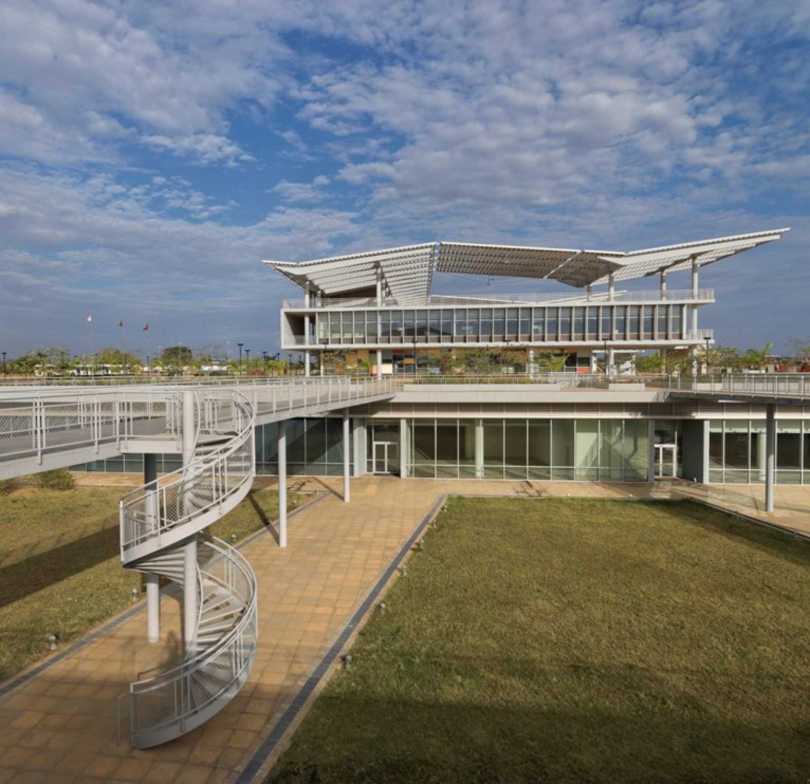 Innovative strategies were employed to promote natural ventilation and passive cooling in all buildings with the exception of the library which is located underground. The existing landscape was used to its advantage, using trees arranged in a linear order to create a funnel through which prevailing winds would blow from the southwest. In the opposite direction, the dry savannah draws air through the campus through convection. Heat gains were tackled by the building envelope which comprises of brise soleils that reinforce the roof overhangs in a playful, spontaneous pattern.

Orientation of the structures in respect to the wind direction experienced in the site was the second strategy. The classrooms are arranged in a grid such that they are angled 19 degrees off the north/south axis thus assuming the ideal orientation to maximize in natural lighting as well as natural ventilation. The roofs of the classrooms are designed with natural ventilation in mind, calibrated through computer dynamics to minimize solar gain as well as maximizing pressure differences to draw breezes through the classrooms.

The library's upper section is designed with two aspects in mind; to give the structure an iconic appeal as it stands at the centre of the campus, as well as allowing prevailing breezes to flow under it to ventilate the classroom structures. With its innovative and cost-effective approach to problem-solving, this project is a model for construction in developing countries.