Amidst the senseless construction of commercial urban projects in Bamako, a welcoming vision of nature and beauty stands at the entrance of the National Park. The  renowned architect Diébédo Francis Kéré, Aga Khan Award for Architecture recipient in 2004, was commissioned to redevelop 8 existing structures and design a primary and secondary gate, an entry building, a youth and sports centre, a restaurant, public toilets and several kiosks which embodies his signature look. 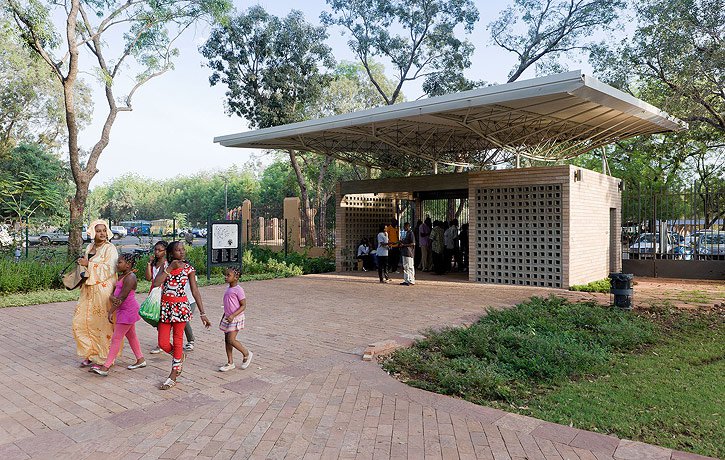 The rapid rise in the population of Bamako instigated the far-sighted urban planning was crucial. The revitalization proposal accommodated the 103Ha of greenbelt zone that is the National Park of Mali which together with the National Museum Complex offers large open spaces for leisure and educational activities for the general public, school groups and tourists. The project brief called for the unification of the sites of the National Museum and the existing Botanical Garden and Zoo into a single cultural/ecological park of significant value, with natural and cultural attractions. 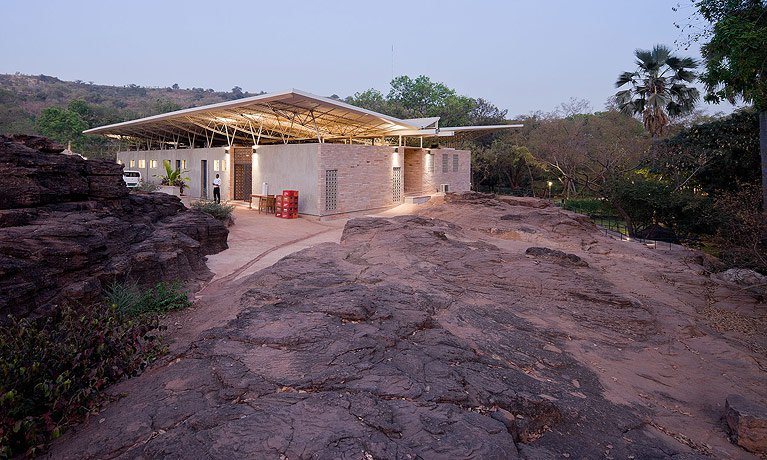 On the 50th anniversary of the Independence of Mali, the National Park in Bamako reopened with new amenities such as an up-scale restaurant, a sports center and several entrance buildings. Phase 1 also included the rehabilitation of 17 hectares of open spaces and gardens with a comprehensive pedestrian circulation network and formal promenades. The garden spaces feature indigenous flora in varied settings, from open lawn areas to flower gardens, wooded areas and a medicinal garden. The installation of a range of interpretive educational signs and displays, and the development of trained guides, is expected to offer new educational experiences for visitors.

The entrance buildings are interpreting the architectonical style of the restaurant and the sport centre. In this way, the ensemble of the different complexes creates through the common design language and choice of materials a unique and recognizable architecture for the park. The exterior stone walls provide a natural acclimatized barrier for the interior spaces. Large overhanging roofs shade the facades and also act to protect the interior and surrounding space from the hot sun. 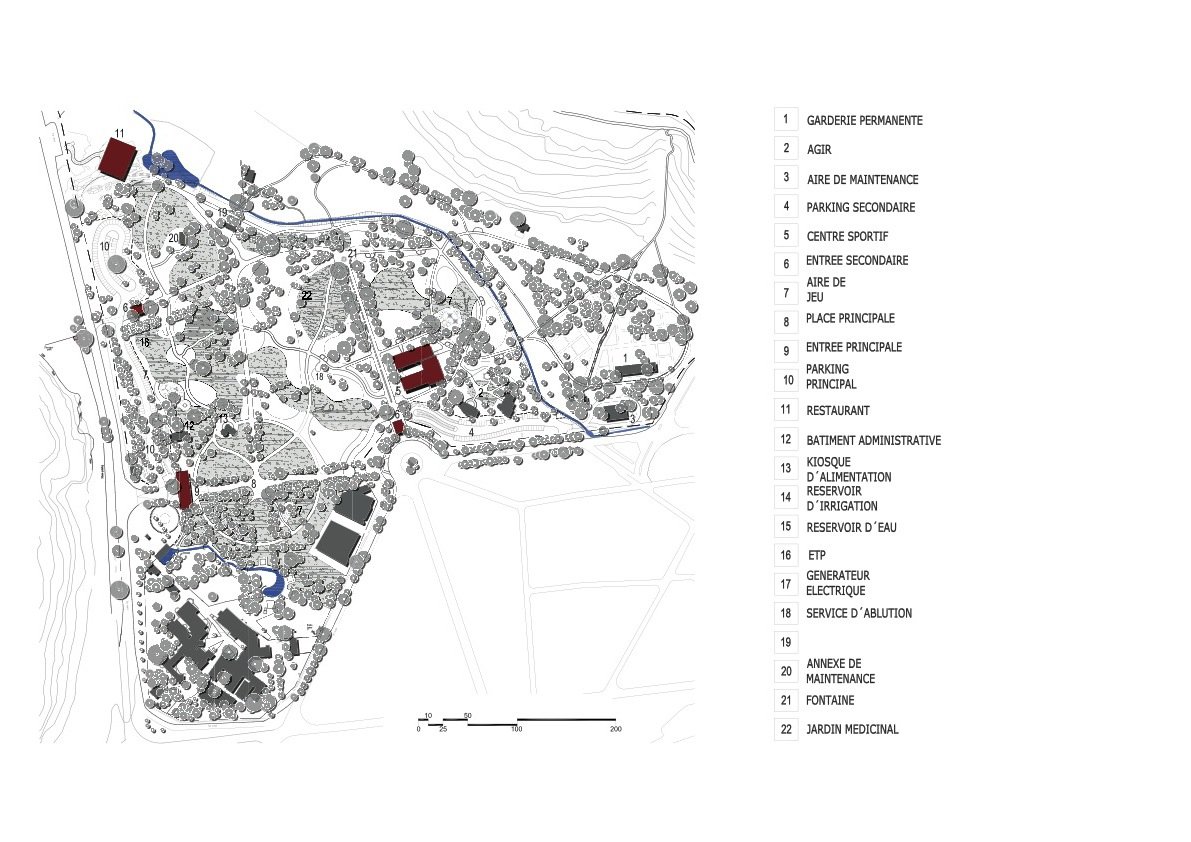 The restaurant is situated on top of a rock formation and is nestling up against the different height levels. Although the building was designed with passive ventilation objectives, it has the added option of closing the roof vent for air-conditioning. The building is separated in four cubes which are representing the different functions. The concern was always to integrate the spectacular view over the park and the nearby lake into the design. 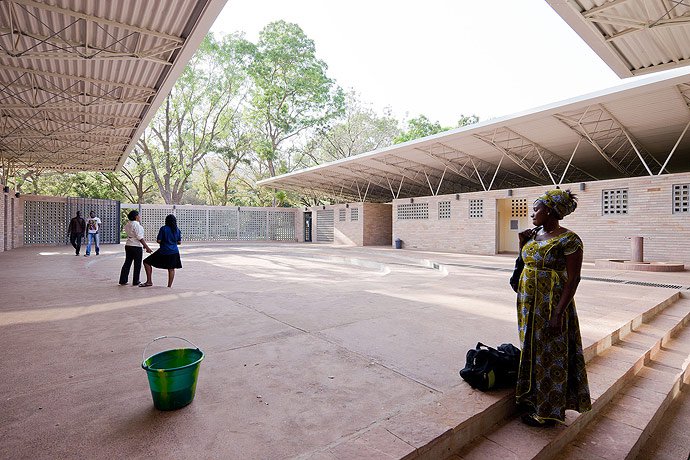 Following the example of the restaurant, the sport centre is meeting with the same employs the same architectural language as the restaurant and consists of three pavilions which are situated around an elliptically-shaped playground. The buildings are situated in such a way that they give maximal shadow to the playground and also the interior recreation spaces. Also here the relationships between interior and exterior spaces played a major role in the design.