Most man made features are placed in nature, additions so to speak, but few individuals have developed high levels of empathy to it that they touch nature so lightly. Upeo Camp doesn’t only touch it lightly but rather enhances the existing by imitating and developing it. With two types of units one resembling the existing boulders and the other almost tucked inside the earth one will not even notice it. It is part of the wild, it grows from it. 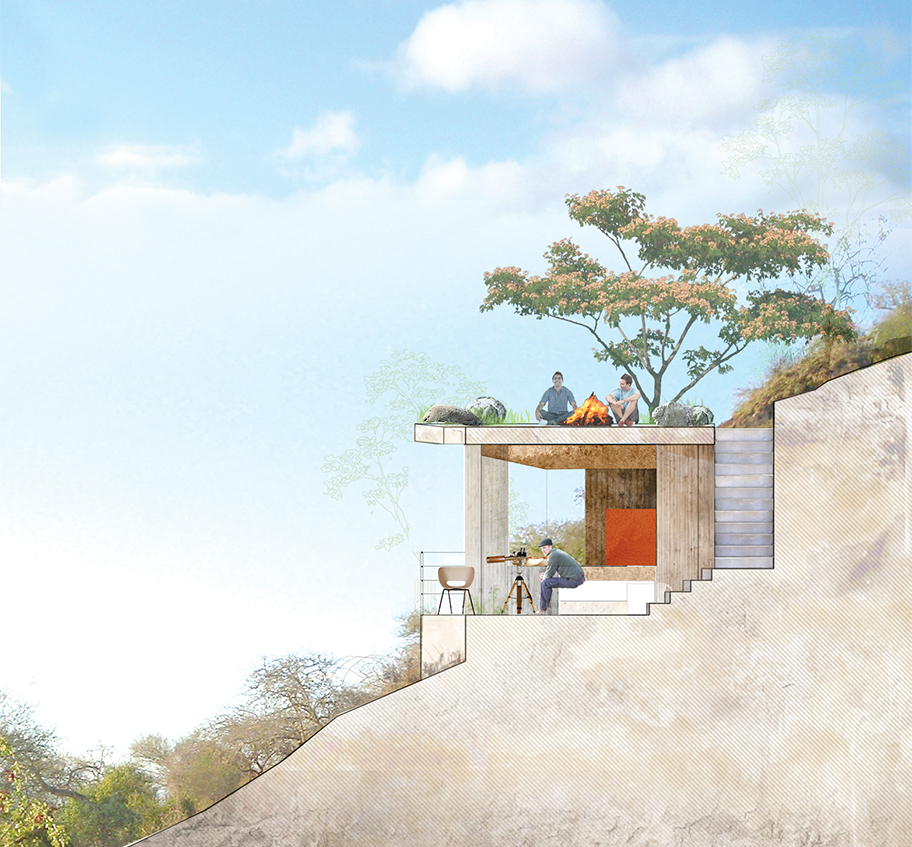 Perched on top of a hill in Lake Jipe, Tsavo West, the twelve-room boutique hotel offers 360-degree views in a prime region that is still virtually untouched. The environment of Upeo Camp is so unspoiled, and the architect mission was not to leave a mark upon it, no footprint, such that one wouldn’t even notice a lodge on that spectacular vantage point. 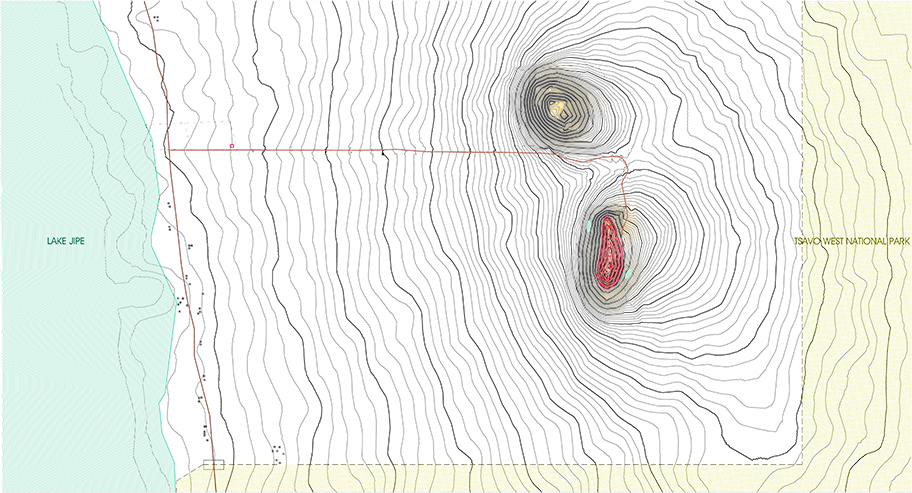 The project is anchored upon deny and reward approach, facilities happened out of nowhere. Follow along the ridgeline on a narrow path. Suddenly, the hillside becomes flat, like a small, horizontal platform in the earth. From there, you can relish the horizon, as far as the eye can see. One will notice that stairs lead down from the “platform” or terrace, which is actually the ceiling of your room. As one descends, he/she is ushered into a completely open-air hideaway, tucked into the hillside.

There are no walls, no glass, no intrusion, only the occasional gleam of lights or candles in the valley below. It is the best of nature experience and experiential space as opposed to the enclosed space one would expect.

This completely-integrated, intimate lodge faces either east or west, so you can enjoy either the sunrise or sunset. And at the very top of Upeo Camp, there are huge boulders, upon which the architect based a different style of room or suite so that it resembles one of the giant rocks. In the words of the Architects, this is a simply wild project. 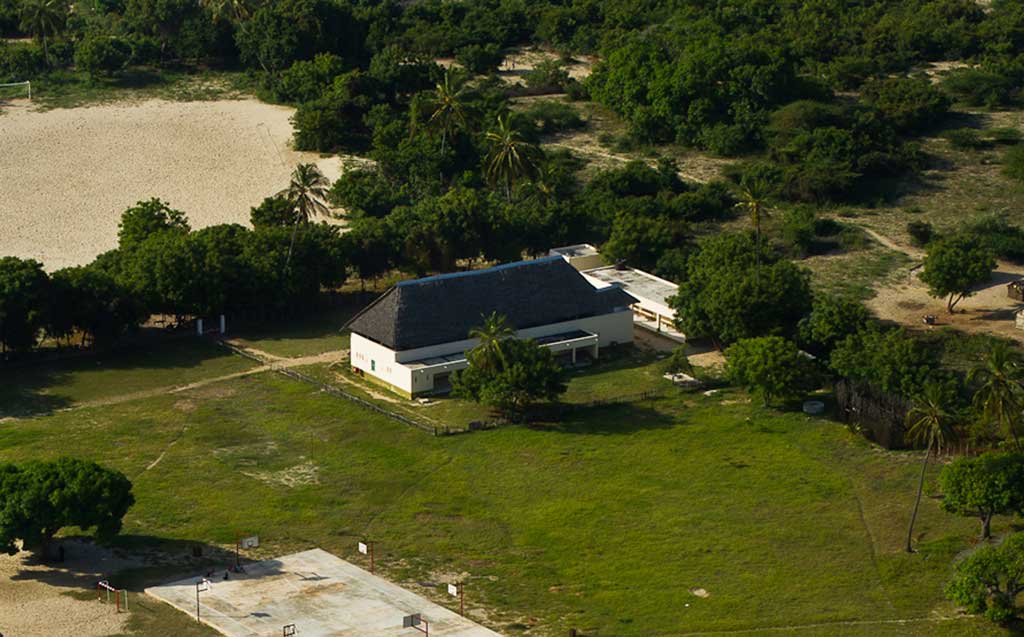