Block 36, Westown apartments imbue within the contemporary, simply coming from a big box to a take away serving of facade character and resolve, glass and white washed walls that are reminiscent of the Arabic character of design. Located in the Cairo now known for flashy and characteristic design, the block apartment rises form a formerly agricultural area and falls against a backdrop of programs relating to security, separation and a central courtyard of Islamic and Arab culture. 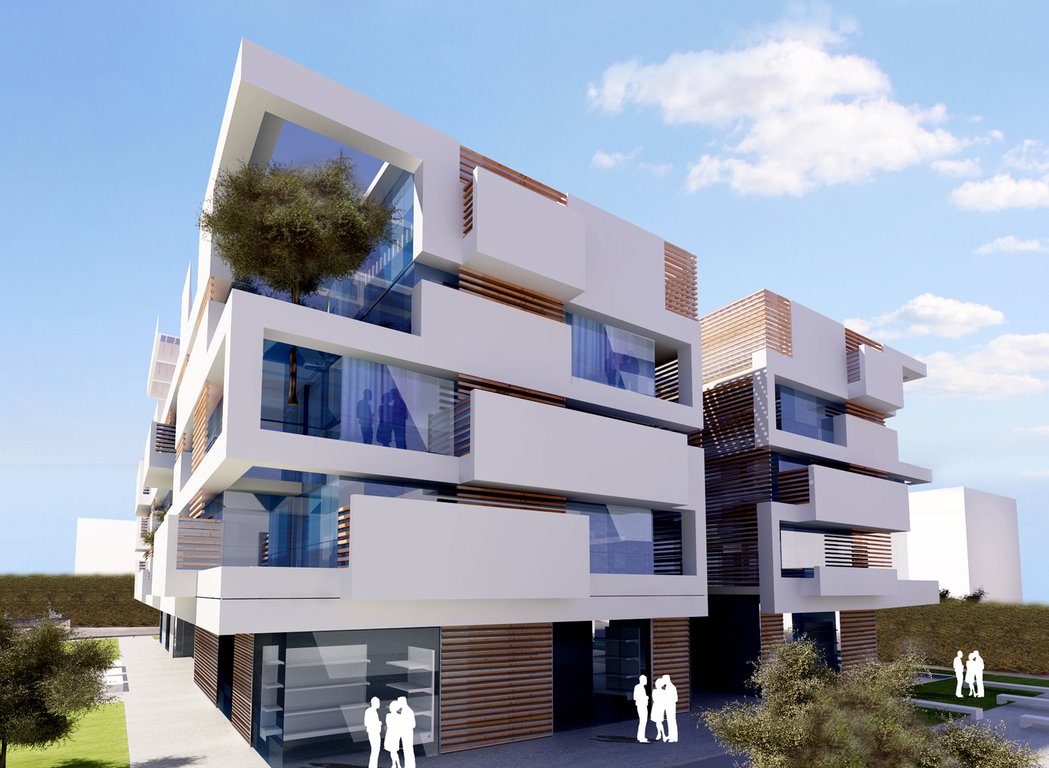 From the Project Architects:
From the Westown site, it is easy to believe that an endless desert surrounds. However, an aerial view reveals agricultural land only 3 km away, with expanding boundaries dominating the scene. The design has been conceptualized on two levels. First, the urban massing drew inspiration from the patterns and forms of the urbanized plots of agricultural land which have been translated to integrated units with alternating patches of green/open spaces/patios/solid/void on the different floors of the design. And second, the architectural language expressed in the irregular elevations- characteristic, of most parts of Cairo provide a reference for the design of the block’s skyline.

Surveys of typical building elements such as gateways, projections, stairs, screens, in between spaces, colors and textures have contributed to defining and refining the identity of block 36. Security and the separation between public and private areas are important social and cultural issues that have been taken into consideration for the layout of gates and boundaries. A central courtyard, characteristic of Islamic architectural layouts, together with patios on other floors and balconies create a pleasant flow of open spaces with different levels of opacity, and allows airflow through the building, which is an important consideration in view of sustainability and the climatic context. 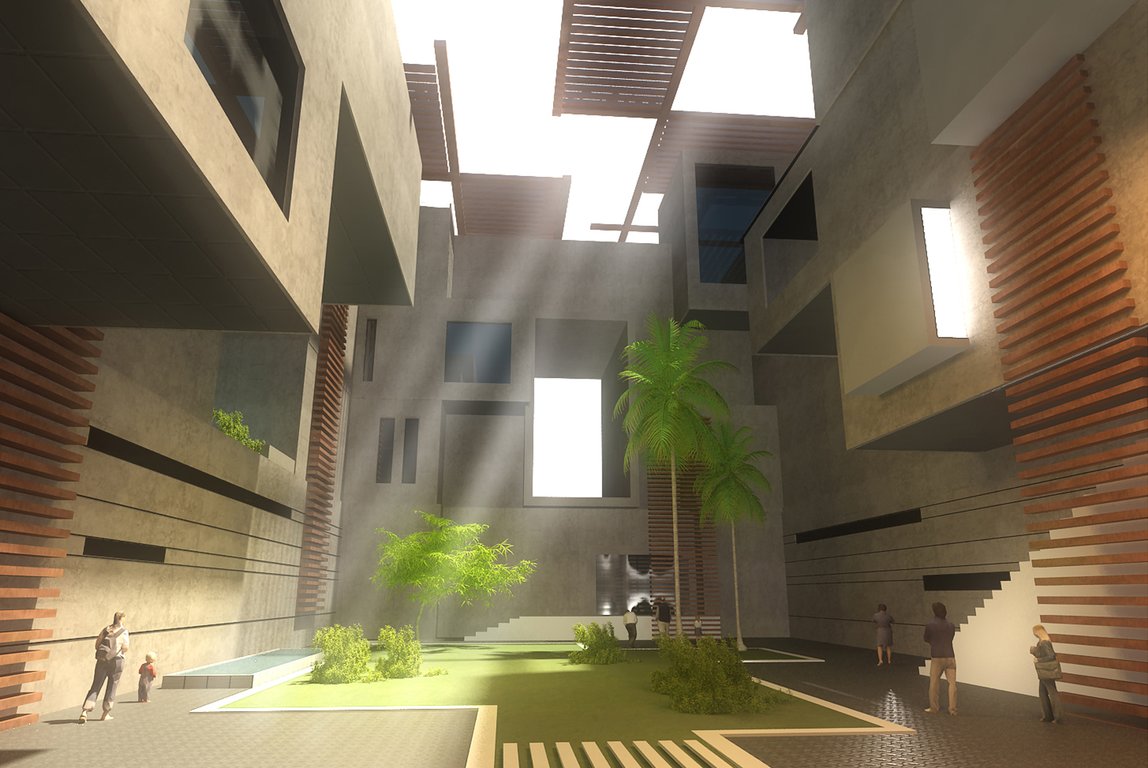 Projections are used for shading, and creating irregularities that maximize the use of living space, surface area and open spaces. The stairs or their inclines are protruding and apparent to create a feeling of dynamic flow and livelihood. The Color code is mainly Earthy keeping in harmony with the surrounding, and a range of textures is used with rougher stone textures closer to the ground, to more refined textures towards the top.