The following piece is a chronological throwback of one of the richest architectural grounds on the continent with a plethora of sybolism, architectural flare and good old dignity to architecture. Here is a photography throwback of the Buildings of The University of Nairobi.

The idea for the Administration Block is inspired by the great Architect Oscar Niemeyer’s design in façade articulation and the architect did a great job at learning from the master. The façades sun shade the building and also give the building the character of an aristocratic overbearing edifice that few buildings within the university can match. 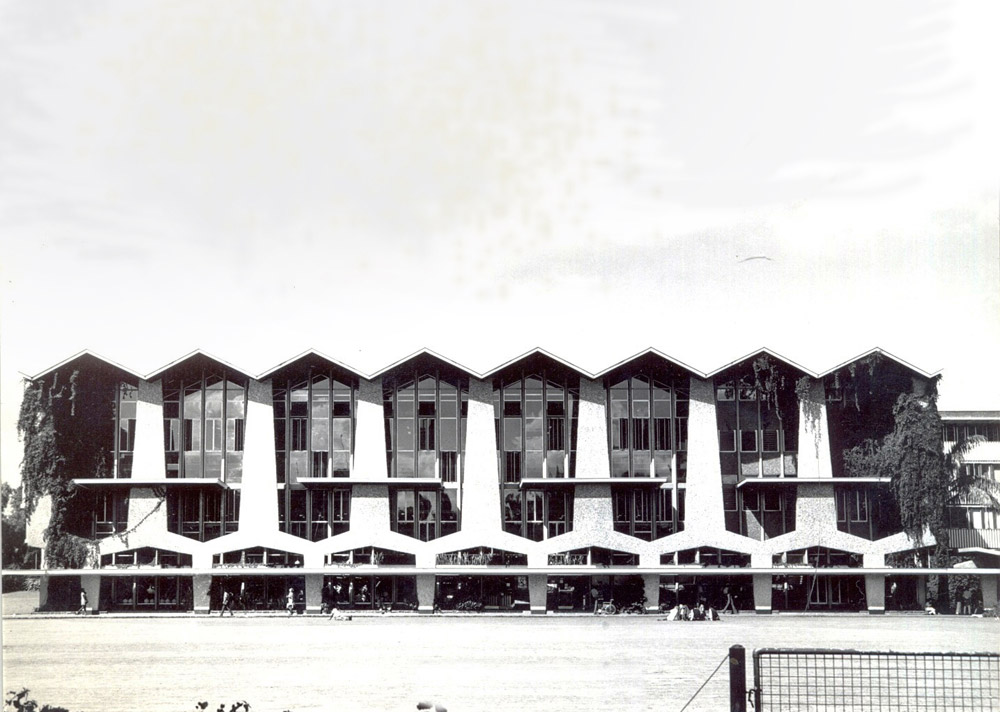 Henning and Chitty’s Gandhi Wing Building There are horizontal lines contrasted by vertical planes, simple elevations with great deal of detail and solid masses balanced by open spaces. The play is so controlled and completes an entirety where as a piece of art nothing can be removed without destabilizing the wholesomeness of the composition.

Source of creative wonder and academic intrigue, The Professor Yajnik Memorial Fountain stamps its elegance in the hearts and minds of legions of students and alumni in the main campus at the University of Nairobi. 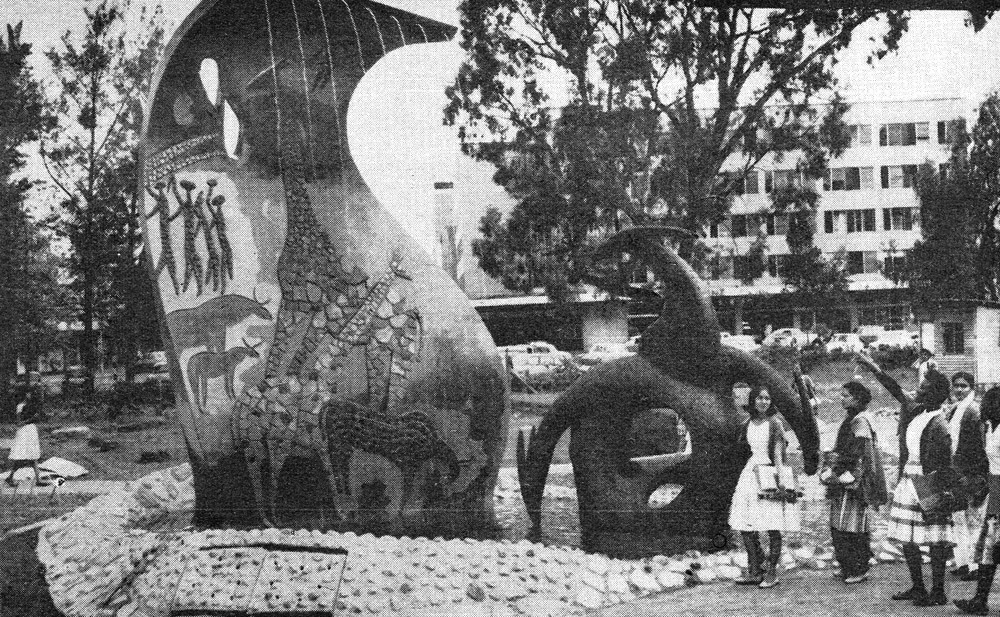 The Hyslop Geography Building is almost sacred in its location, context and detailing. Being part of the University of Nairobi main campus buildings, which portray great architecture, the building stands out in it placement at the edge of the great court. 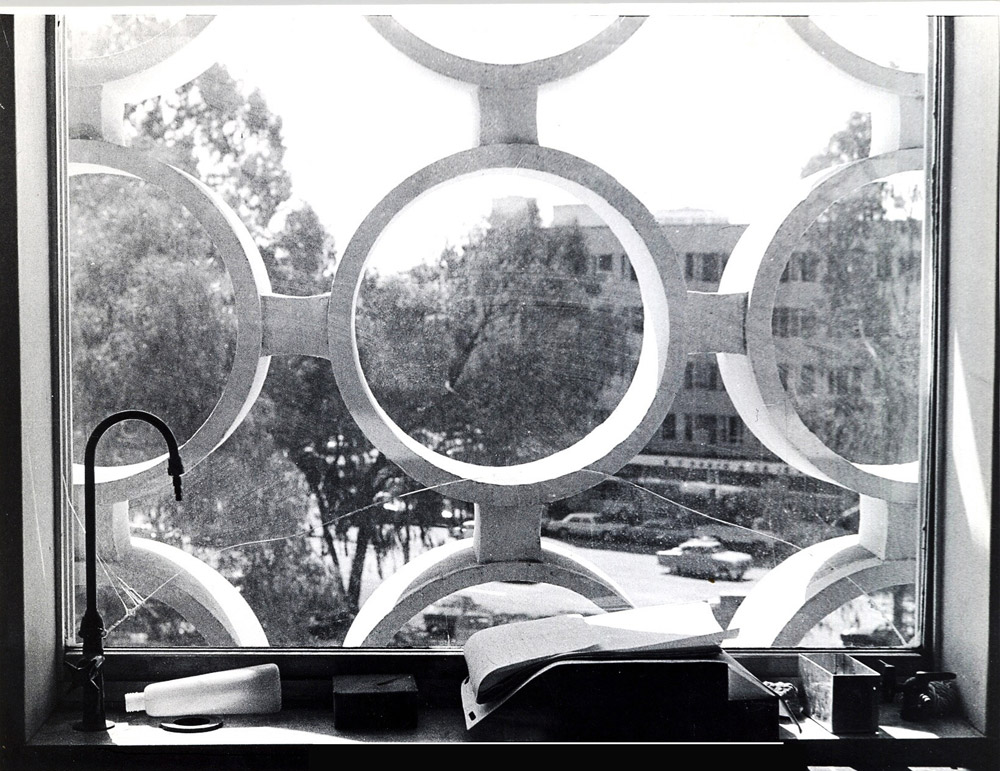 Bold unison is what this four floor magnificent edifice of Jomo Kenyatta Memorial Library by Mutiso Menezes International Architects displays at the threshold of the Nairobi Central Business District in the University of Nairobi main campus. Built in the memory of President Jomo Kenyatta, it closes the Central Business District of Nairobi in a bold three parallelograms form that aligns to the city grid and still fit in the north south orientation of the University of Nairobi main campus. 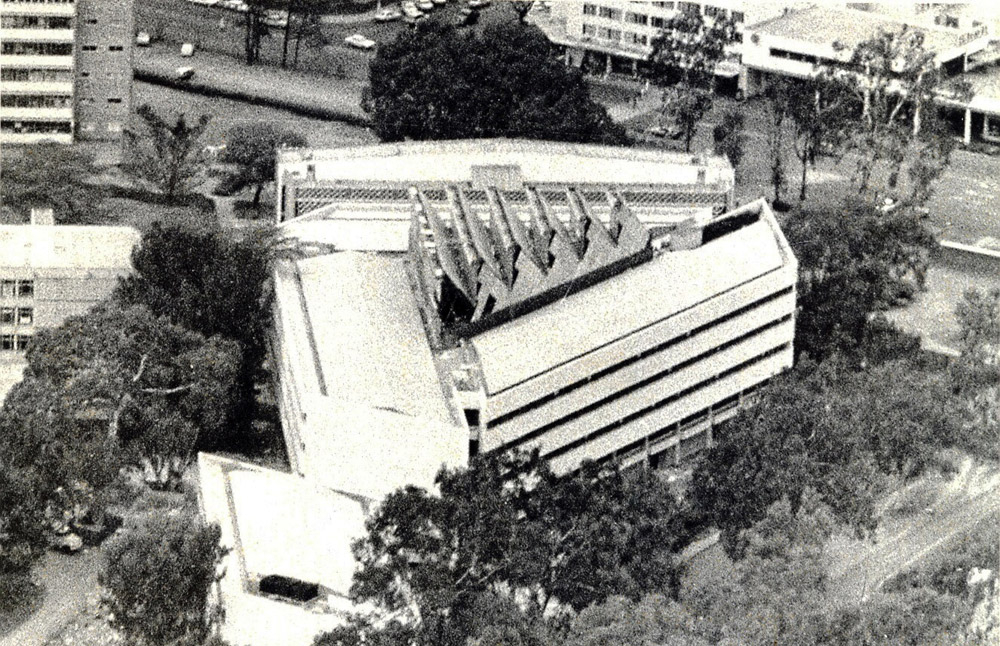 Other Buildings include the University Halls of Residence that though developed later, still carried through the theme of robust statement. 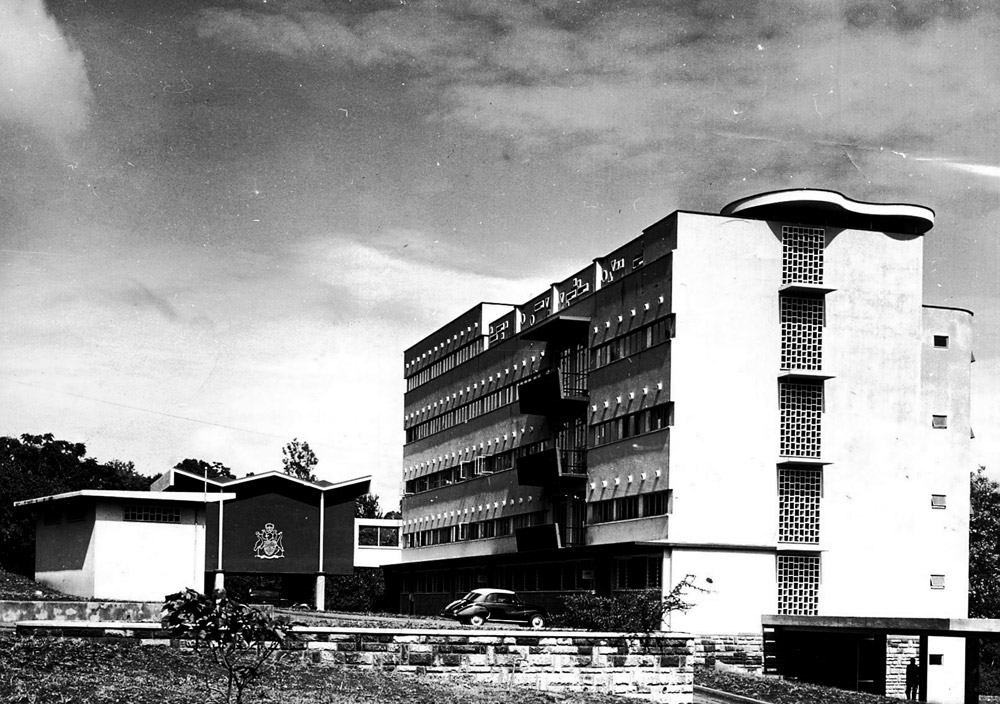 Great post Seda. What are you implying is Oscar Niemeyer's contribution/influence to the design or architect of the University Bookshop?