From the Architects
The project Al Hamra  resulted from a meeting between a young client in Dakar and Atelier KOE. The buzzing capital of Senegal led him to explore a remote area of the bush, where he eventually wanted to settle. 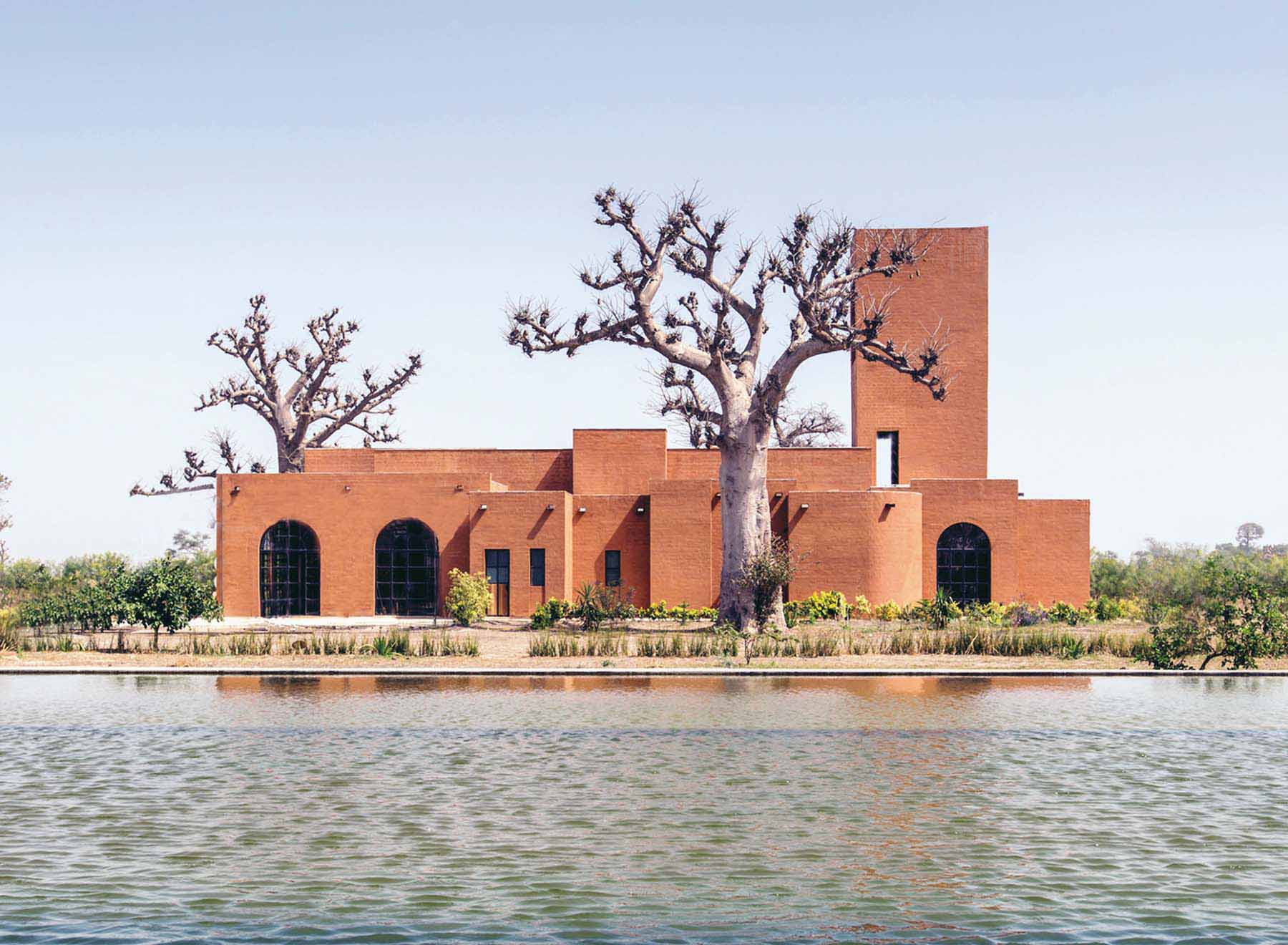 The question was how to build and live in this seemingly hostile environment? 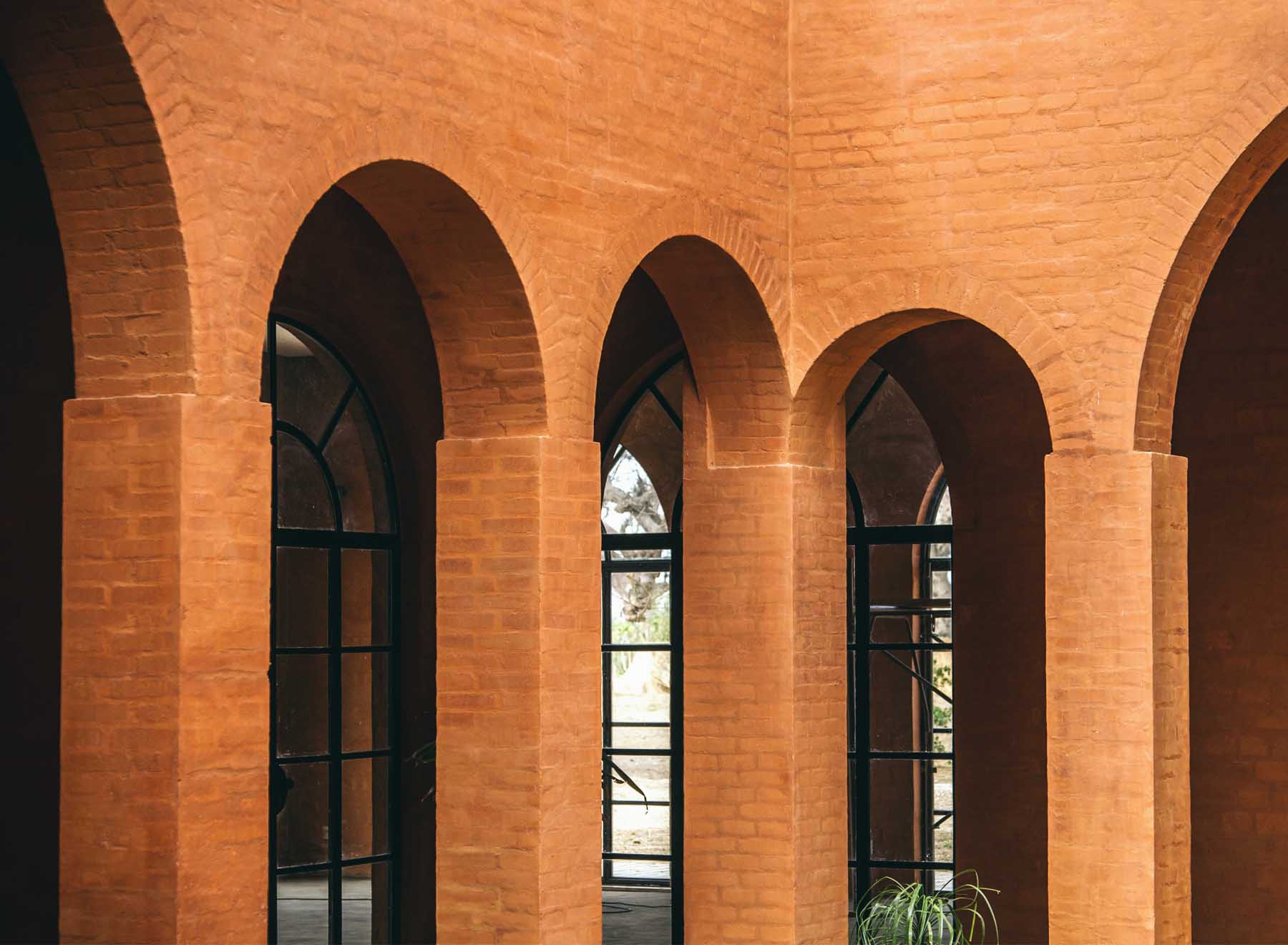 Atelier KOE found the response to both the architectural aesthetic as well as energy autonomy. The spacious residence, built entirely with stabilized earth bricks, totals 400m2 divided into six suites, a large living area, kitchen and dining room. This house was built as a place of open hospitality, welcoming guests with an interior peristyle and quiet fountain. A 12 meter wind tower helps circulate fresh air throughout the building year round. 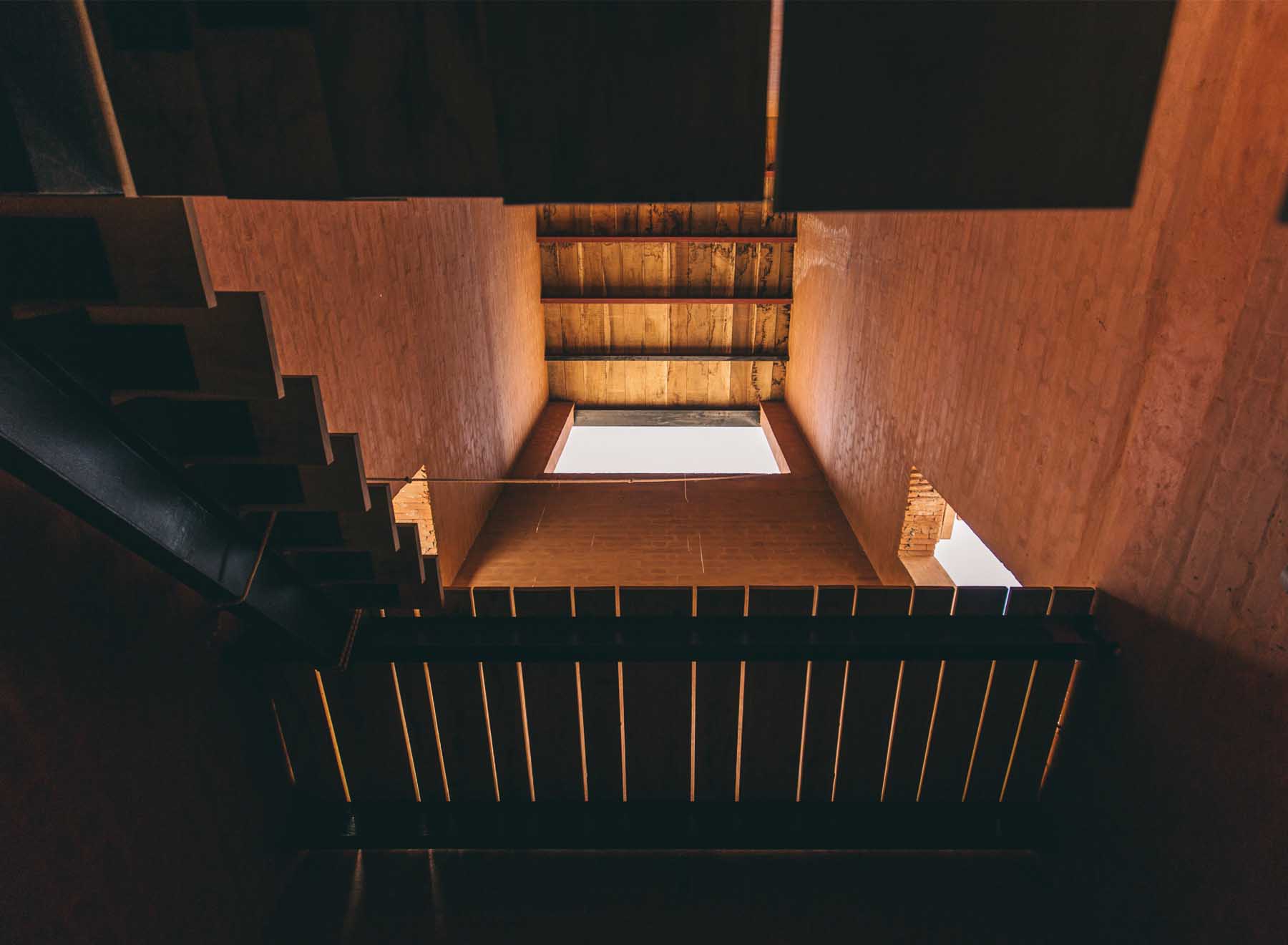 More than a relaxing escape from the city, the site was also designed as a working farm, where livestock and agriculture thrive on the land. The entire property is planted with fruit trees, grains, peanut, vegetable and grain crops. This natural vista emerges through the large arched doors and windows of the villa with additional views of the stables and chicken coup.

Working around the idea of autonomy, Atelier KOE developed a multi-faceted project which offers different levels of privacy, tranquility or activity. Social, cultural and agriculture dynamics seamlessly interact, inside and outside the building.

The architecture, inspired by the site and its surrounding terrain, have brought the land to life. As both villa and farm, Al Hamra functions in its beauty and purpose.