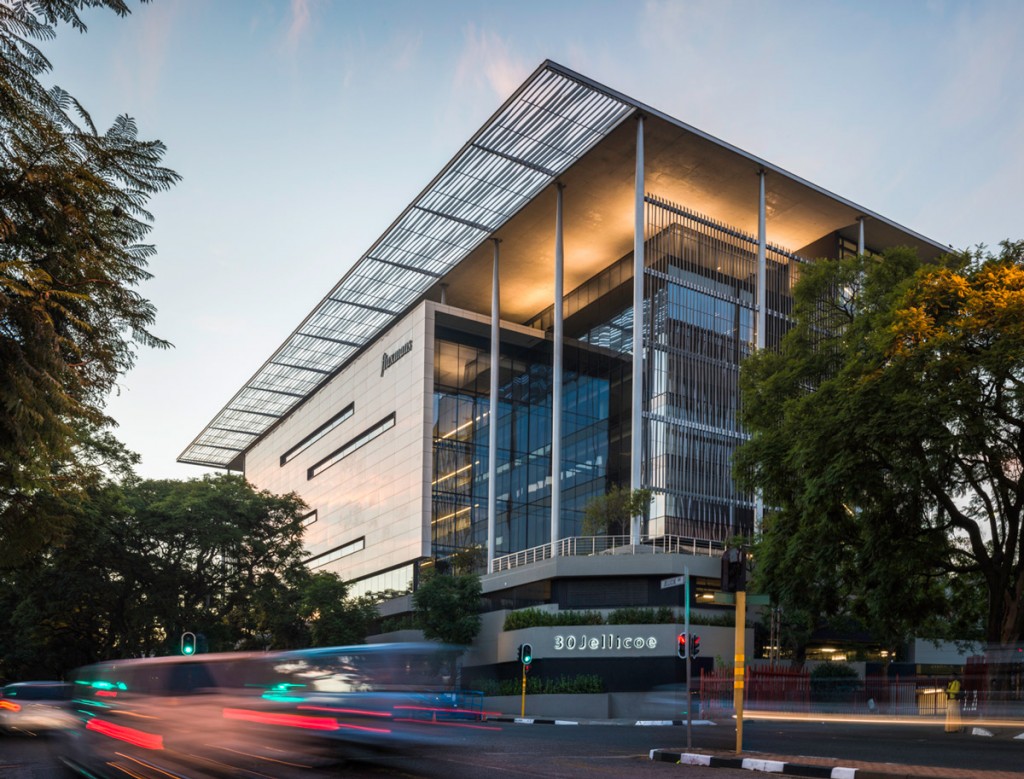 Once again Paragon Architects presents us with an award winning debatably classically but highly environmental conscious building that respects the street and represents heavily architecture of our time. Paragon Architects was approached by Investec during 2011 to propose a design to accommodate amongst other tenants, the law firm Fluxmans. In keeping with the values of Investec and the tenant, a classical architectural approach was adopted, although the language was not that of Classical Architecture. 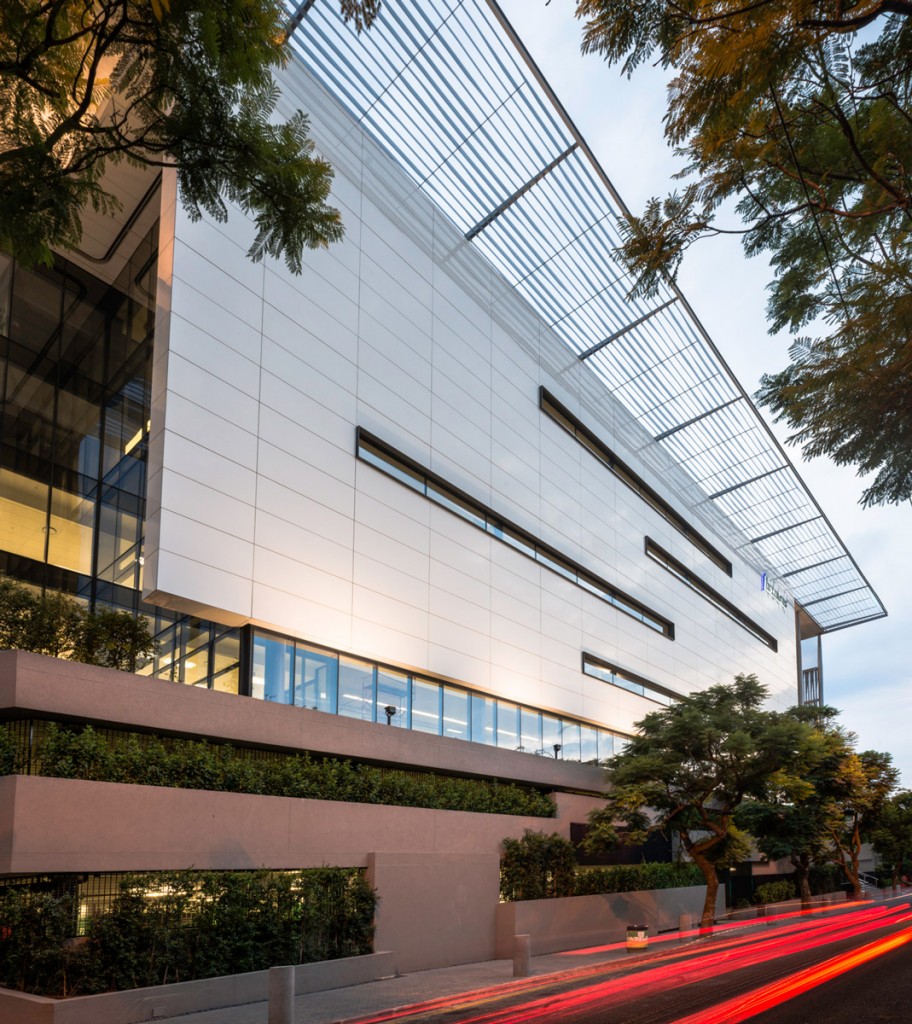 Following a discussion with the local residents’ group, a design evolved that comprised a raised platform at street level that included parking but was expressed as a planted volume. Most of the plants, especially the trees were pre-grown so that once they were planted during October 2013, they had reached some level of maturity. They included: Acacia xanthophloea, Celtis africana, Viburnum sinesis and Ficus microcarpa. Access to the street was to be welcoming. 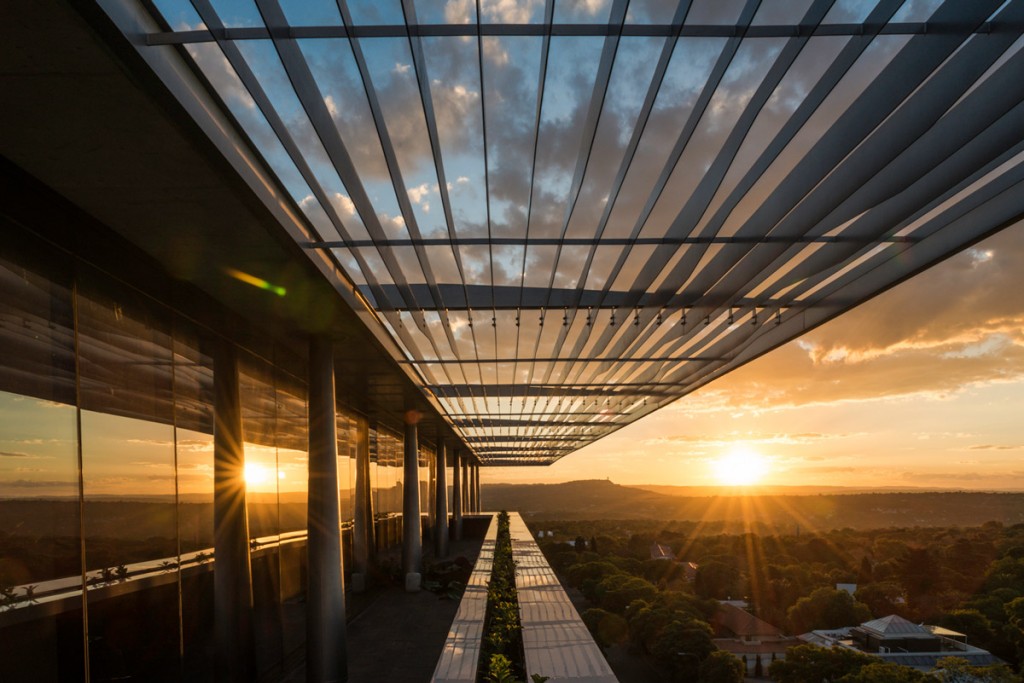 Sitting atop the platform of the design are the offices themselves, that are heavily screened to the east and west with deep overhanging sun screens on the north.

The steelwork forms an integral part of the design and the engineers developed a language that is as elegant as the entire project itself. The columns are 24m long in a single length and from the 5th floor to roof they taper to 250mm from 500mm. There are 12 columns externally and 16 internally. 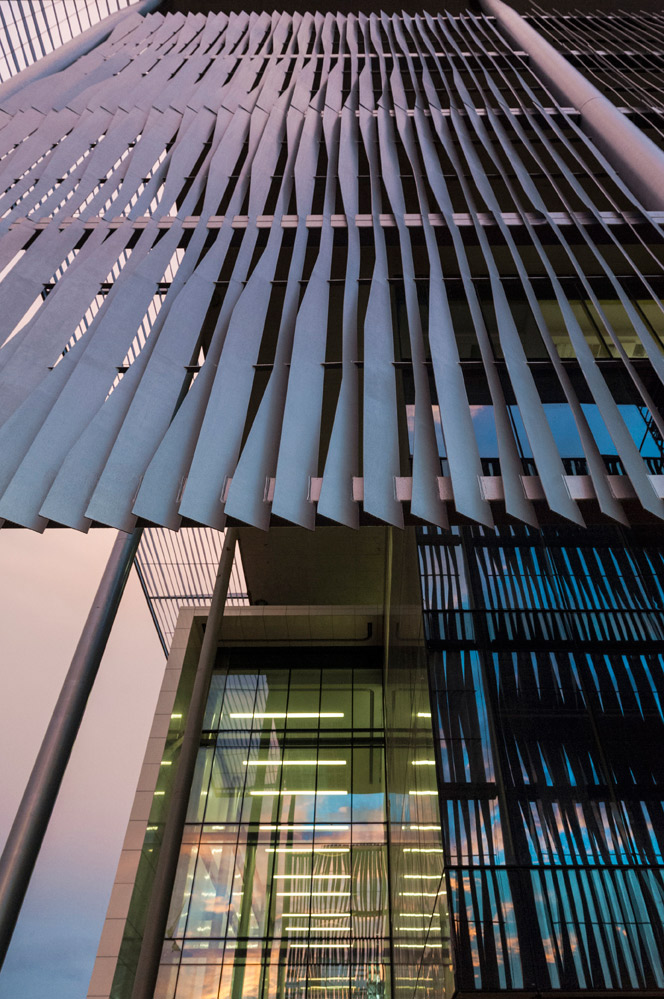 The sunscreens are designed from a series of sun studies executed by the mechanical engineer and internally the orientation of the blades directs and frame ones gaze to the treed residential suburbs beyond.

Revised fire regulations required an extra staircase and this is included in the architectural design. 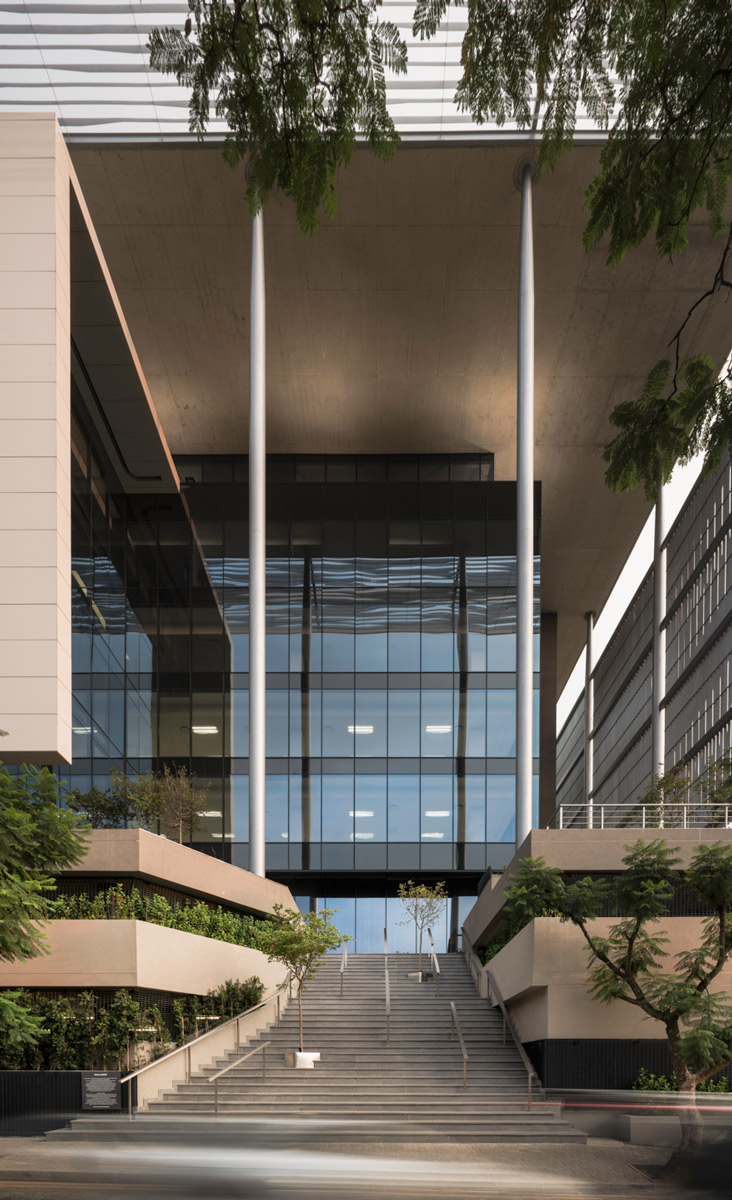 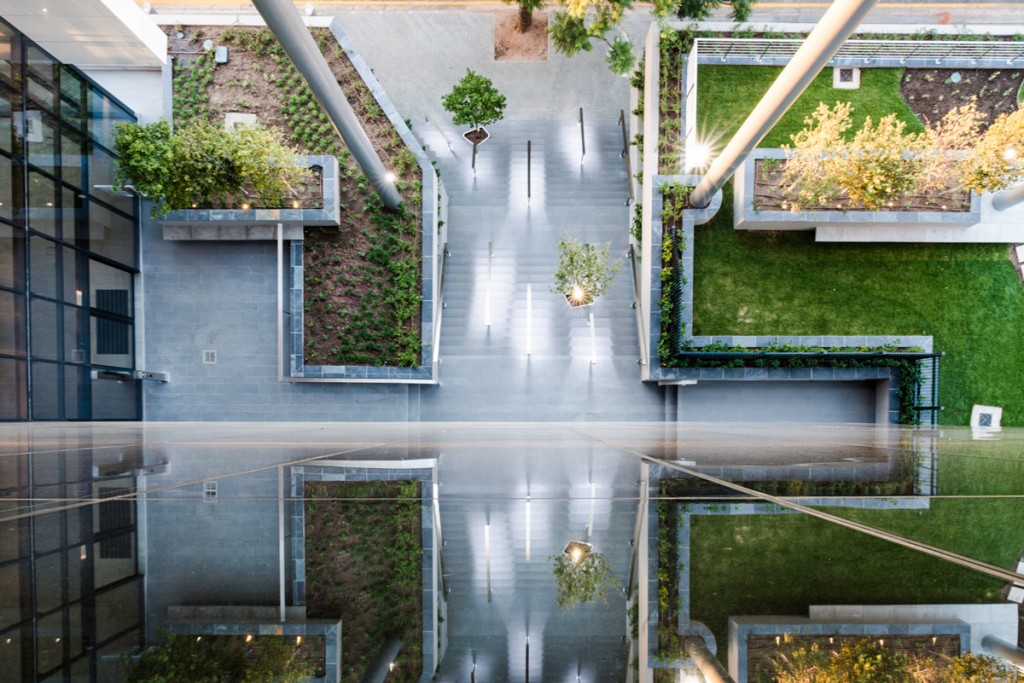 On 18 September 2014, 30 Jellicoe was awarded Corporate Office Building Category Winner in the South African Institute for Steel Construction Awards for 2014.