You rarely see the impact that social projects ground upon their environment until you hit the ground running. The Soweto theatre is one such project. Setting foot on it is an absolute marvel. It is an art piece in itself and a canvas for art, a duality that theatres have been known for. The theatre is the culmination of both national and global best practices in theatre design. 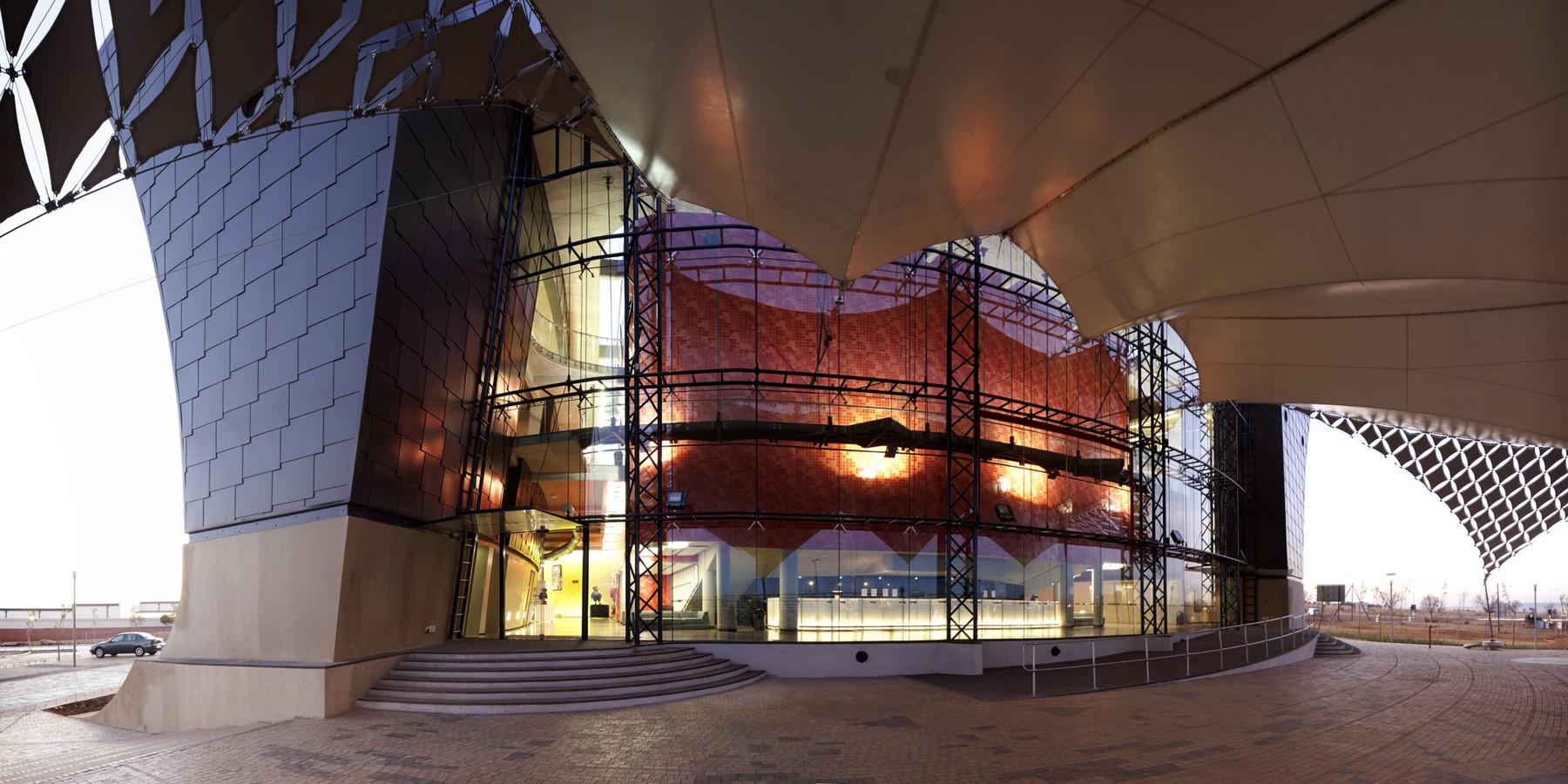 Various local and international theatres were studied, extracting the important aspects, to replicate in the Soweto Theatre. Furthermore, an internationally—renowned theatre specialist was brought aboard to guide the theatre’s design process ensuring top-notch acoustics and lighting were in place.

From the Project Architects:
In designing this theatre, the clients wanted the community to feel connected to it, emphasizing that it is essentially something built for them. 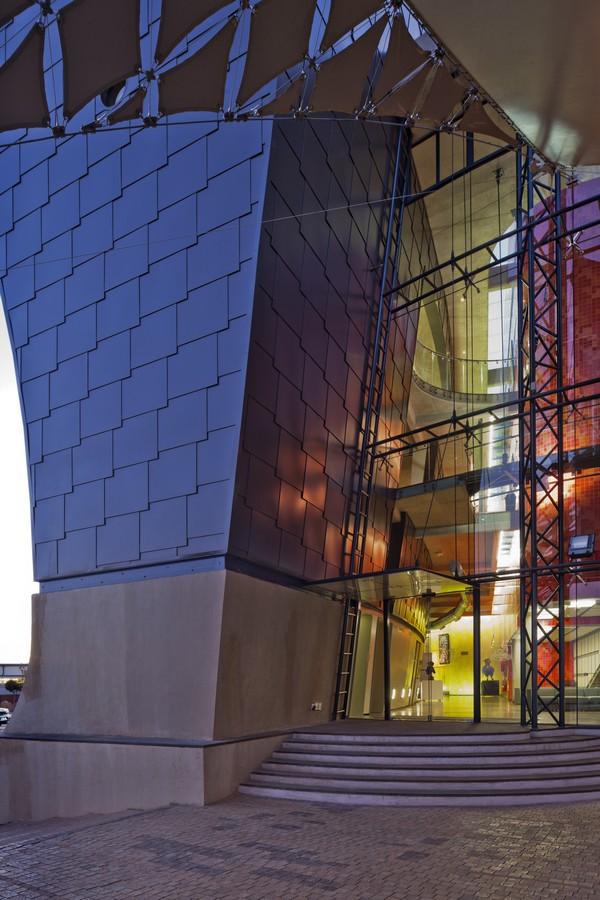 The design expresses its three performance venues outward to the everyone, both inviting and enticing the community in. From a distance the theatre resembles various brightly coloured, curved structures varying in size. On closer inspection, it is revealed that these structures are the three different performance venues. 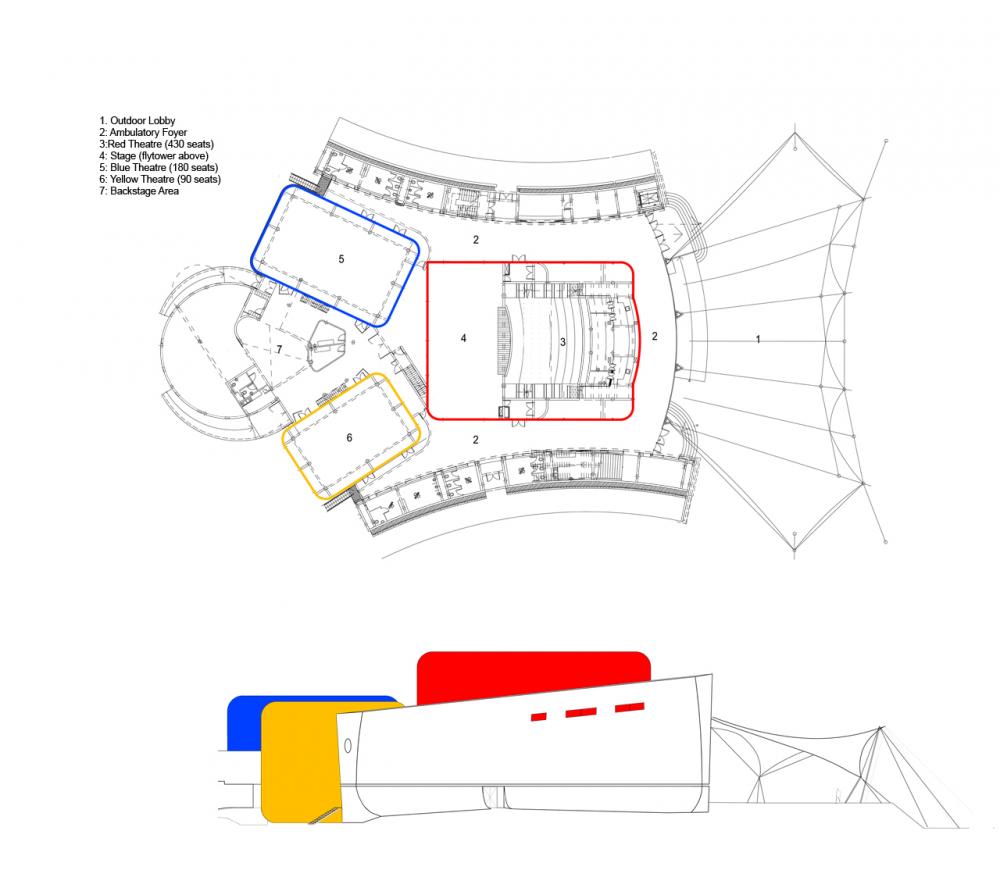 The largest is a 420-seat venue with a fixed stage and seating. It has a full orchestra pit and a bridge for fly tower and wings. The other two venues are a 180-seater and 90-seater. The two latter venues have added flexibility, as they allow for flexible stage and seating arrangements. 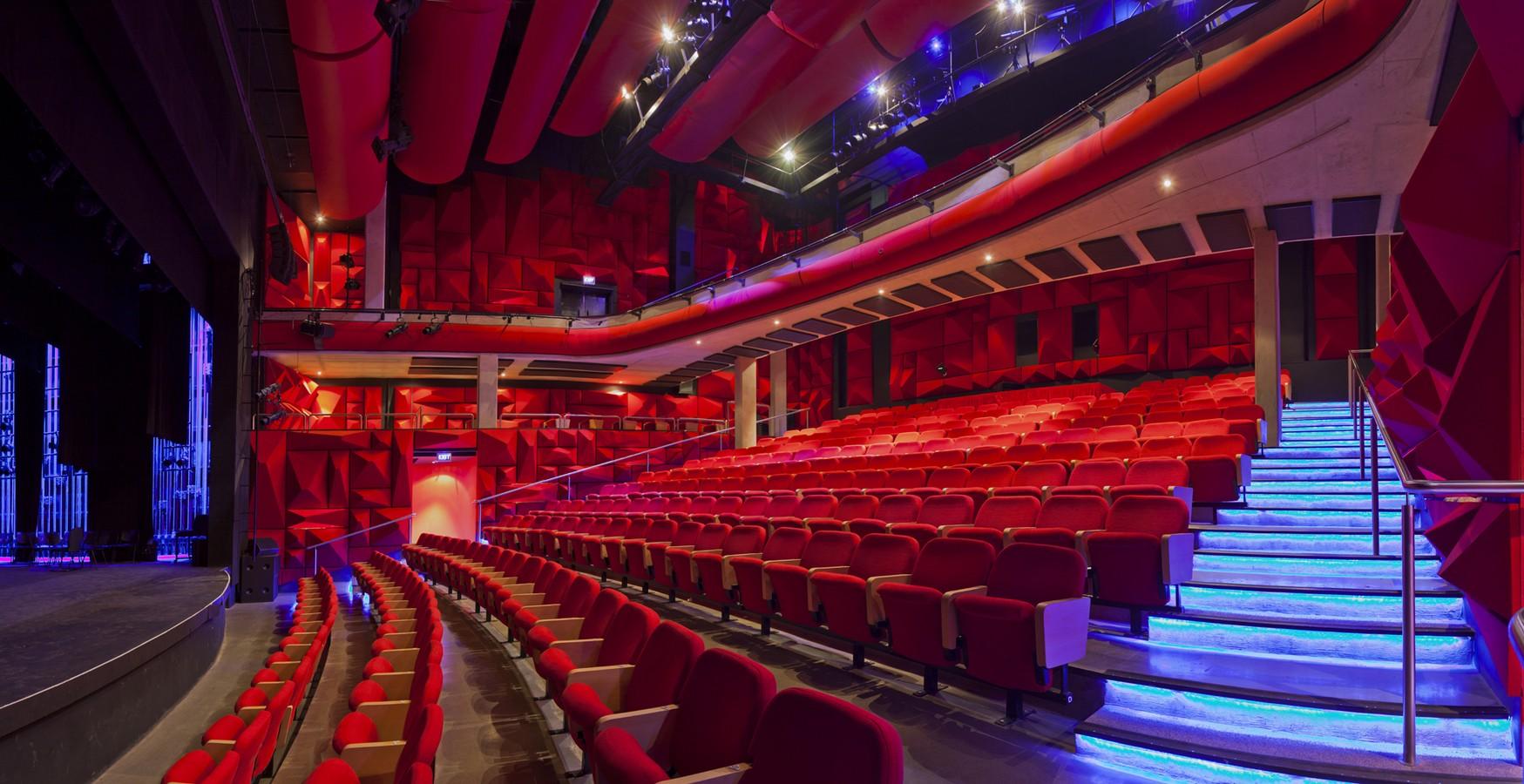 Outside of the theatre is a special public space or foyer that can be used as an additional performance area, a social gathering place during intermission or just as a pause area. There is a tent structure or canopy covering this space providing shade. 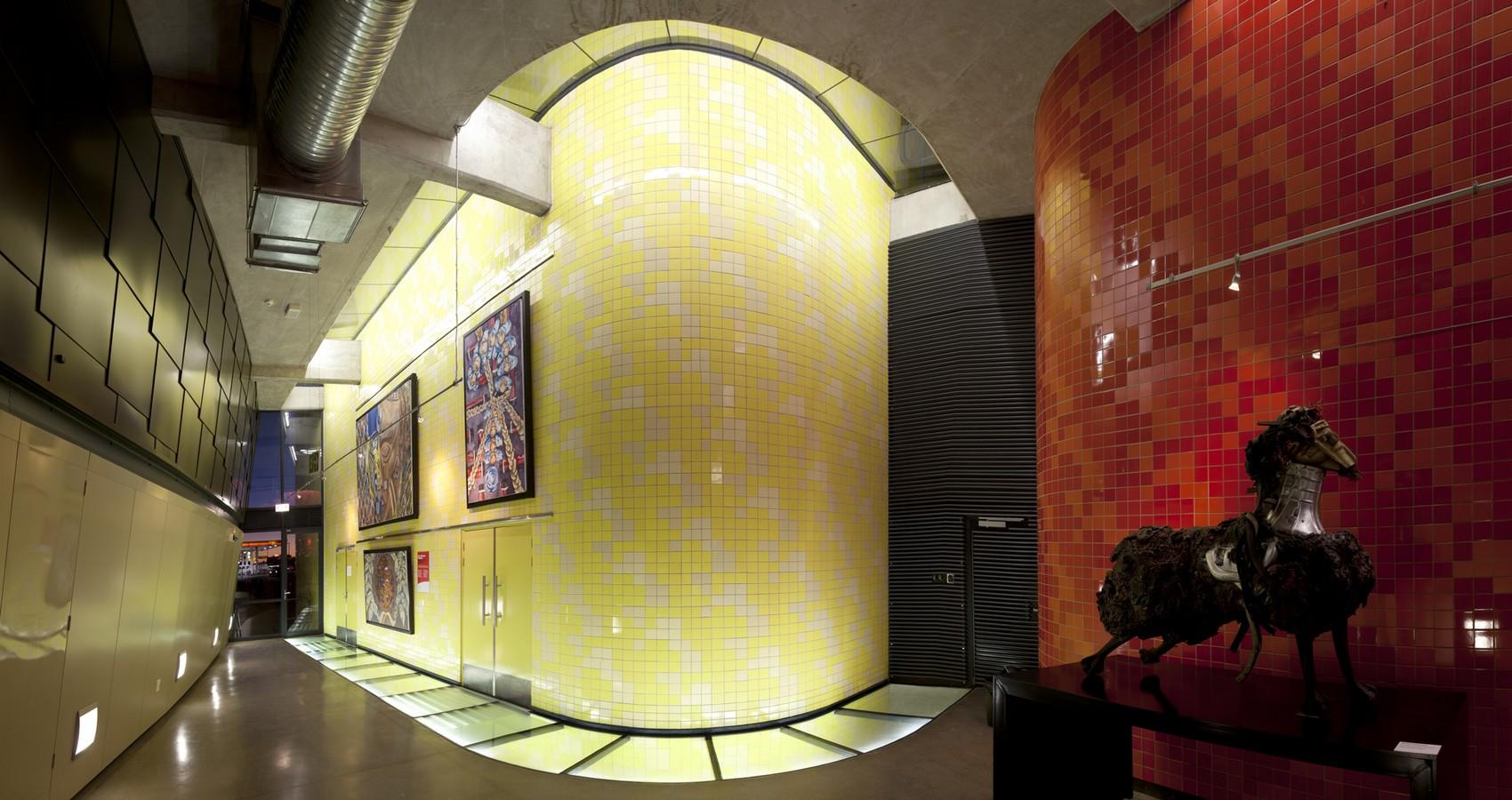 The edges of the theatre boxes are defined by two curving fortress walls containing the three theatre boxes and all other ancillary spaces. One of the most astonishing features of the theatre, and arguably the most daunting to achieve, is the  theatres’ curved walls. “The architects’ design has incorporated curves into walls that curve both horizontally and vertically, creating a parabolic shape, which was truly an engineering challenge that resulted in an iconic building,” says Desmond Sweke of Setplan.