Taroudant city also known as the "Grandmother of Marrakech" because it looks like a smaller Marrakech is located in the Sous Valley in the southern part of Morocco. It is a secular town with a strong cultural identity located inside its walls. Today it feels like a small fortified market town on a caravan route well known for its local crafts, was briefly used in the 16th century by the Saadians as their capital, before they moved onwards to Marrakech. 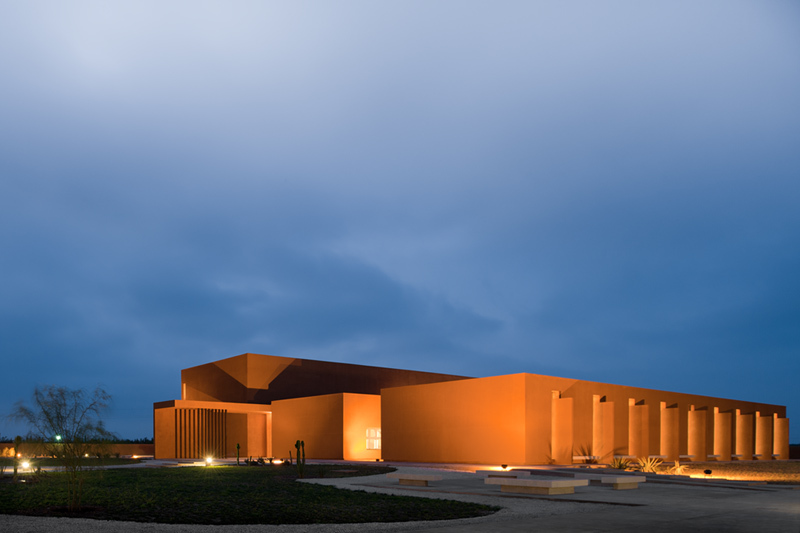 The Town’s architectural style is full of history and Saad El Kabbaj, Driss Kettani and Mohamed Amine Siana tried to reinterpret these themes of architectural heritage in the Polydisciplinar Faculty of Taroudant. 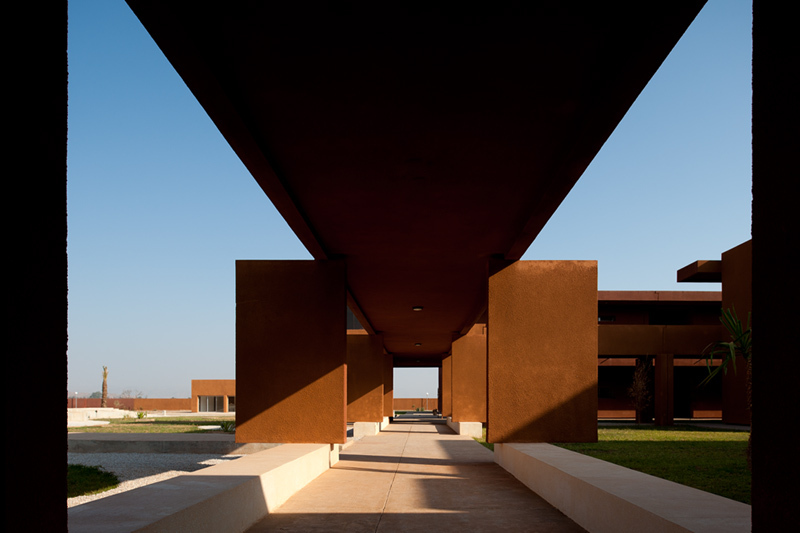 Saad El Kabbaj, Driss Kettani and Mohamed Amine Siana tried to avoid the clichés of the context alone by adopting a very modern development which also adopts the massiveness, strength, relief and the poetic nature of the forms of developments in the South. 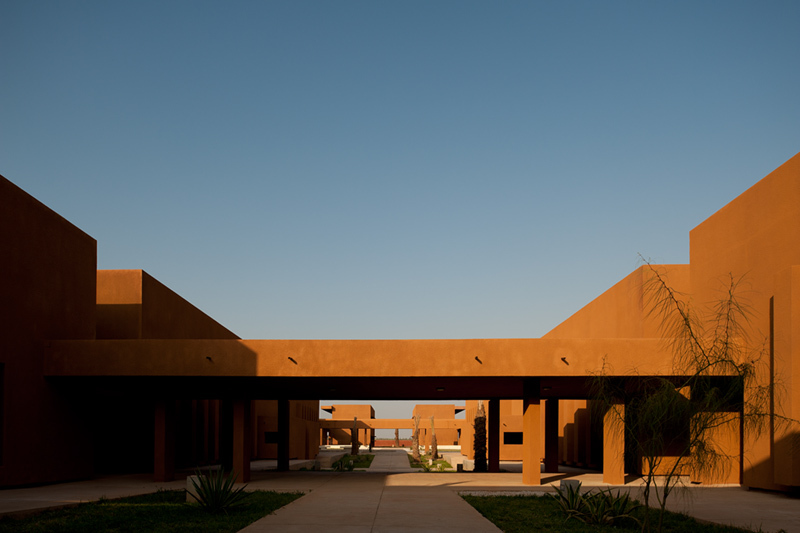 The Architects then applied the urban principles of axis, the inward and the outward interpenetrate and scale variance making the user one with the design. 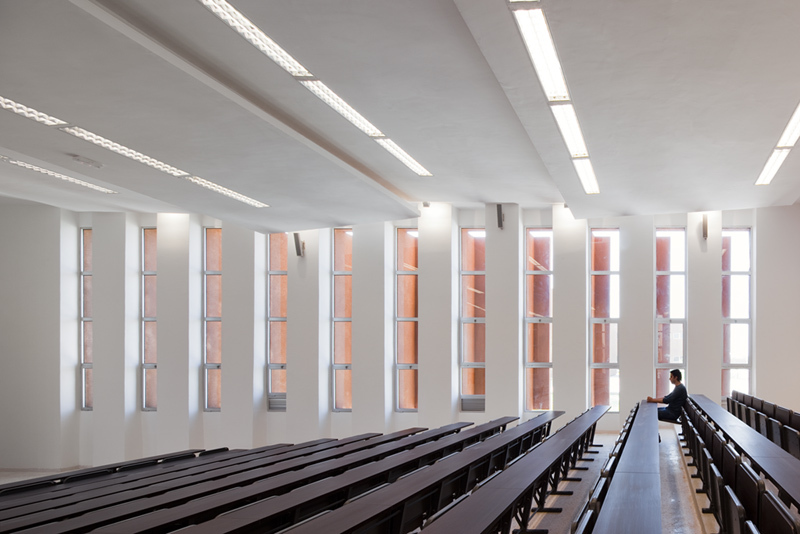 The buildings which compose eleven blocks are arranged on both of the north and South axis with a riad (interior garden) in between them dividing them into two halves. The biggest of the four blocks which wrap around small courtyards house the classrooms, laboratories and lecture rooms playing around with proximity, orientation and views.

The small courtyards blur and dilute the size and scale of the riad.
They create different worlds of different intimacies, ….different places in one place...
The user of the spaces enjoys views to the Atlas Mountains. 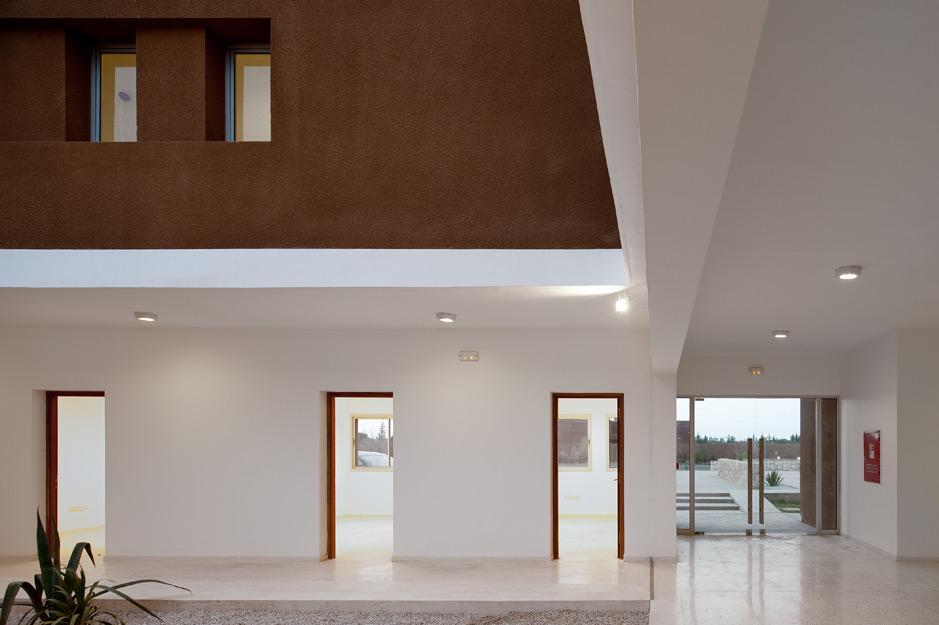 The development is closed on the East-West direction and open on the North-South. The walkways are arranged in a functional and logical way giving a high priority to traffic optimization and reducing acoustic nuisances.

The wall finishes are inspired by the locality of the project hence the orangey grainy Moroccan earthy finish with contrasting pure white interiors. The buildings are of different scales with strong tower volumes which allow natural ventilation and thermal and acoustic comfort.

The opaque development which is lightened by gateways creates a relief from the harsh sunlight in the Moroccan desert which casts dramatic shadows across the sandy red walls of this university. 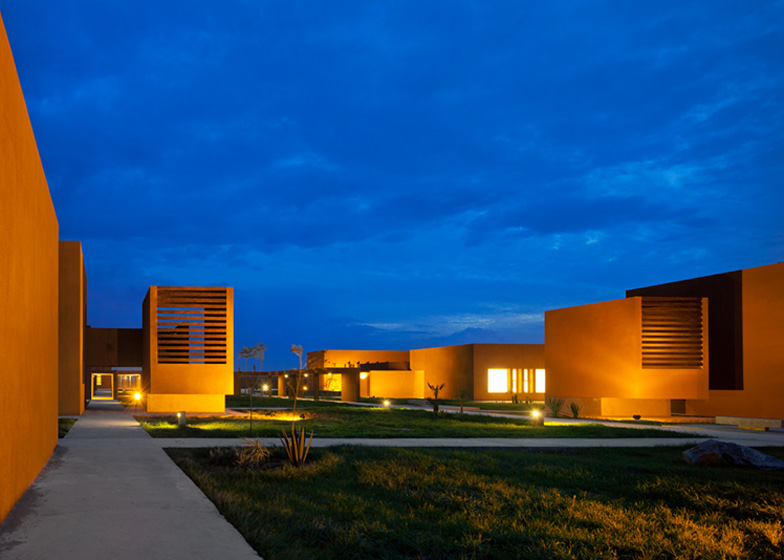