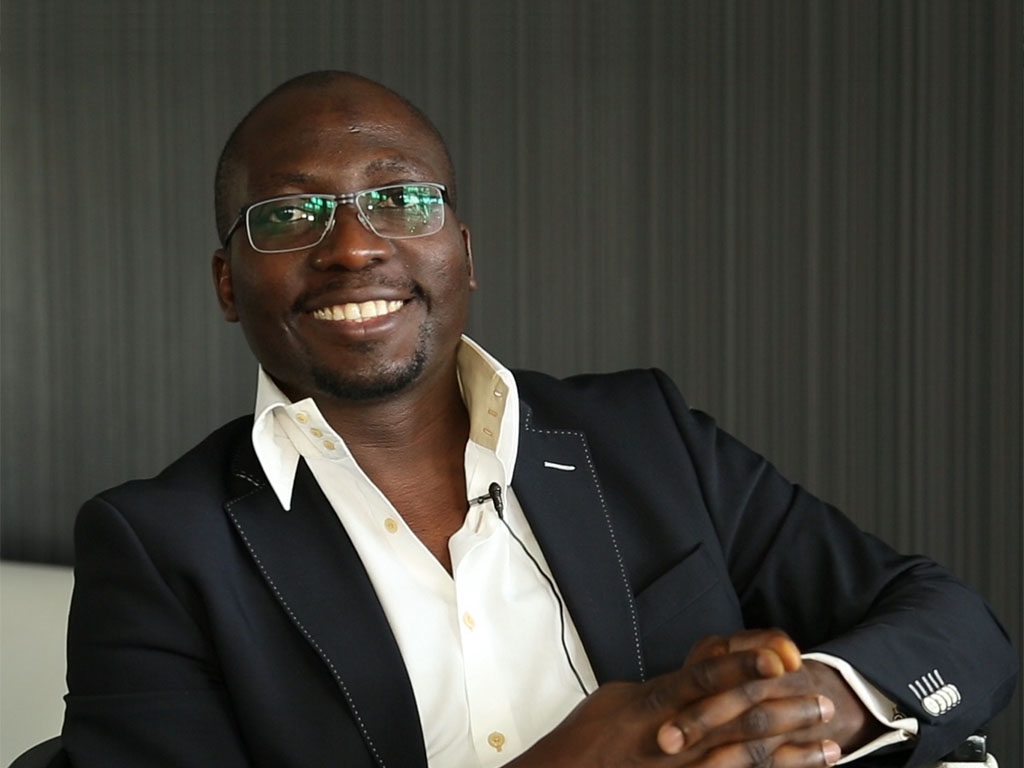 Nigerian architect Kunle Adeyemi is pioneering floating buildings to solve the issues of flooding and land occupation that affect hundreds of thousands in African coastal cities, including the 85,000 residents of the Makoko slum in Nigeria's capital Lagos.

Adeyemi envisages a city of floating buildings that, safe from rising tides, would allow the slum's residents to remain within their community, while at the same time improving the quality of their lives.

His studio has come up with an easy-to-build, low-cost sustainable prototype for a floating building, one of which is already being coveted by an overcrowded local school.

But despite winning numerous awards, he is still struggling to get approval from the authorities to roll out the prototype.

Several hundred kilometres away in Port Hartcourt, a similar landscape, Adeyemi is working on a floating radio station for a community NGO, but the regional government is keen on redeveloping the area, and has a multi-billion dollar plan that favours displacing its current residents over improving living conditions in the slums.

So can Adeyemi get his plans afloat in time?

This is not a story about the greatness of architecture but a story about the triumph of the human spirit. It is about what happens when people are caught up in the process of rapid urbanisation - carving out thriving communities in squalid conditions. Then, after having done so for generations, they are unexpectedly confronted with brute force demolishing their homes. The governments reasoning for doing this is that the communities do not exist on the formal maps of the city – a city for which they have dreams of transforming into modern landscapes simulating that of Dubai.

The film plays itself out on two Nigerian waterfront front communities: Makoko Waterfront in Lagos and Chicoco in Port Harcourt.

For outsiders, the stench of human faeces taken adrift by the tides is first to be noticed. The ground that you do step on has a rubber like feeling, as it is seeped with water, sand, rubble and landfill. Then from horizon to horizon, endless make shift wooden structures, rooted into the mudbanks, rise just above the high tide levels.

Building on the water is not an easy feat, especially when a community is already struggling with overpopulation and gross space limitations.

Architect and urbanist Kunle Adeyemi transformed the negative image associated with waterfront communities when he solved an overpopulation crisis faced by a local community school.

"He does not know it but the people in the community are praying for him every day," said the school headmaster, expressing his gratitude towards Kunle.

'The Floating School' was considered a step in the right direction as far as dealing with issues of global warming and the rising flood levels are concerned. With increasing global attention on Kunle's design also came political pressure to bring forced removals to a halt.

After engaging with the community about their floating school, I learnt that architecture's value goes beyond design and functionality when it is able to resonate deep within the hearts of people – people who, amidst a forced removal crisis, are able to read into this magnificent architectural structure a message of hope.

Kunle's floating school drew the attention of another waterfront community, 900km away in Port Harcourt. This community also struggled with forced removals and some clusters even managed to resist violent government opposition by organising themselves into what is known as the 'Chicoco Mapping' - Chicoco being the black tidal swept mud where they are from.

What moved me most about these communities was the way in which the organised resistance came about. Filmmaker Michael Uwemedimo was documenting the story of the community when the violent forced removals began. The plight of the people, with whom he built relationships with through the lens of his camera, became a personal calling. He put down his camera and actively engaged the community to organise themselves in setting up a response to government demands to leave. They changed their approach from "No to forced removals", to a response that simply provided detailed mapping of the existence of the community and proposed city development plans to the government to cooperate and develop the area, instead of destroy their communities.

Kunle got drawn into their strategic agenda when the need for a community radio station came about to broaden the impact of their campaign. It had to be an iconic building that expressed the dreams and aspirations of the people who slowly but surely started a process of redefining themselves. For this vision to be a success, it required Kunle, a world renowned architect with experience of developing mega skyscrapers, to once again come down to grass root level - to work hard to affect their landscape, while helping transform their inner sense of self.