The Government of Senegal, financially assisted by the World Bank, has started an ambitious plan for the extension and improvement of several universities in the country. 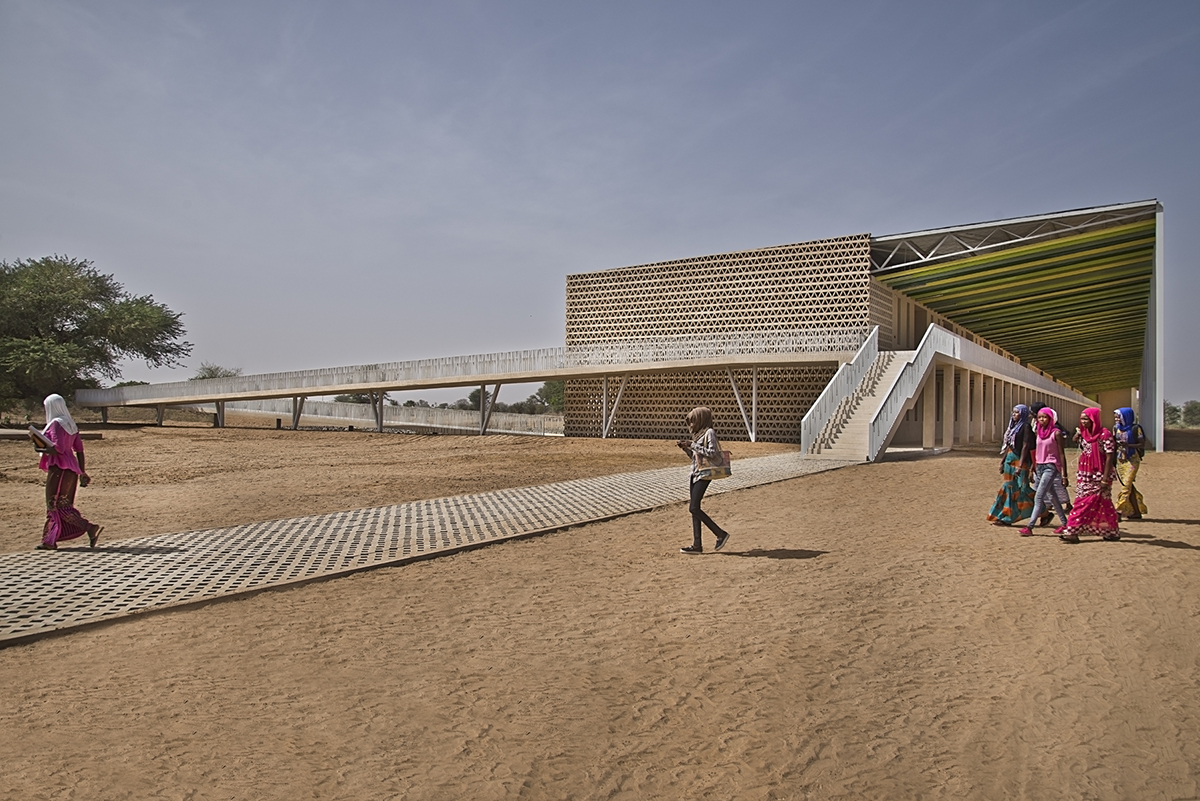 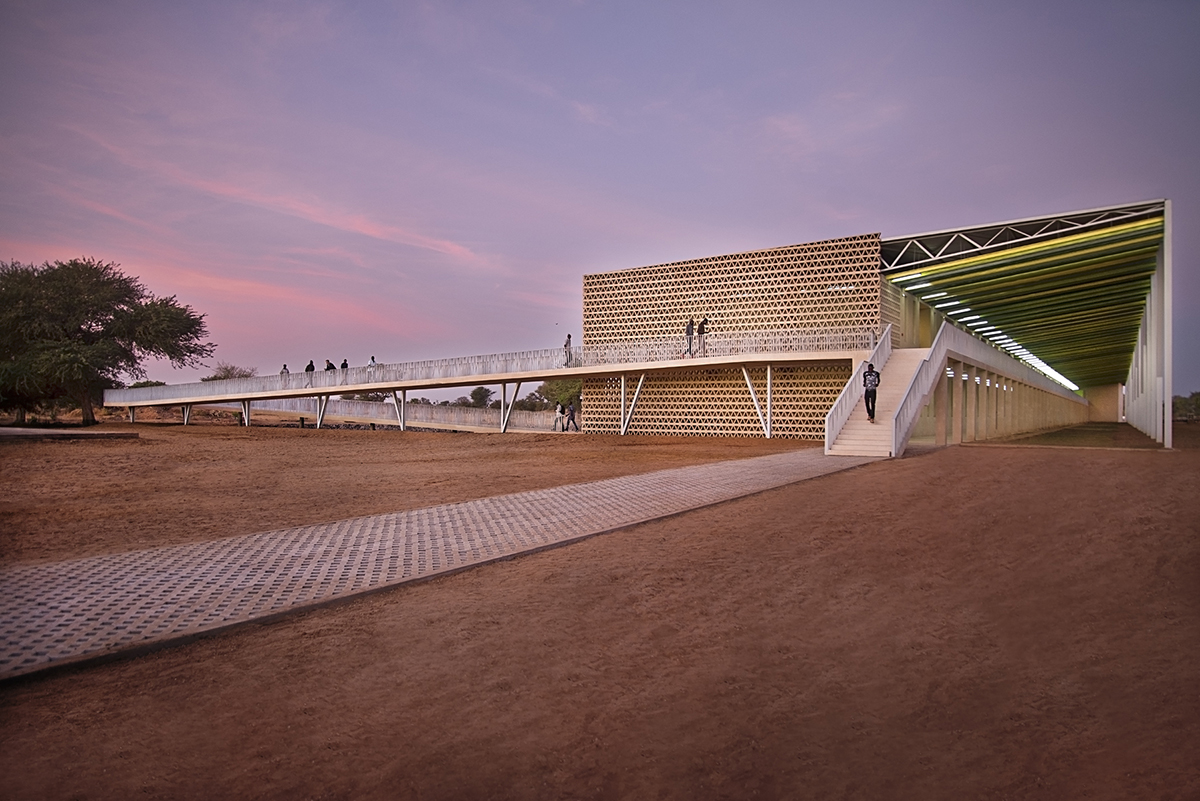 In the University of Alioune Diop, in Bambey, to the West of the country, 4 new buildings are planned which will house the Training and Research Unit, which in turn will include lecture rooms, a lecture hall for 500 students, laboratories, computer rooms and offices. 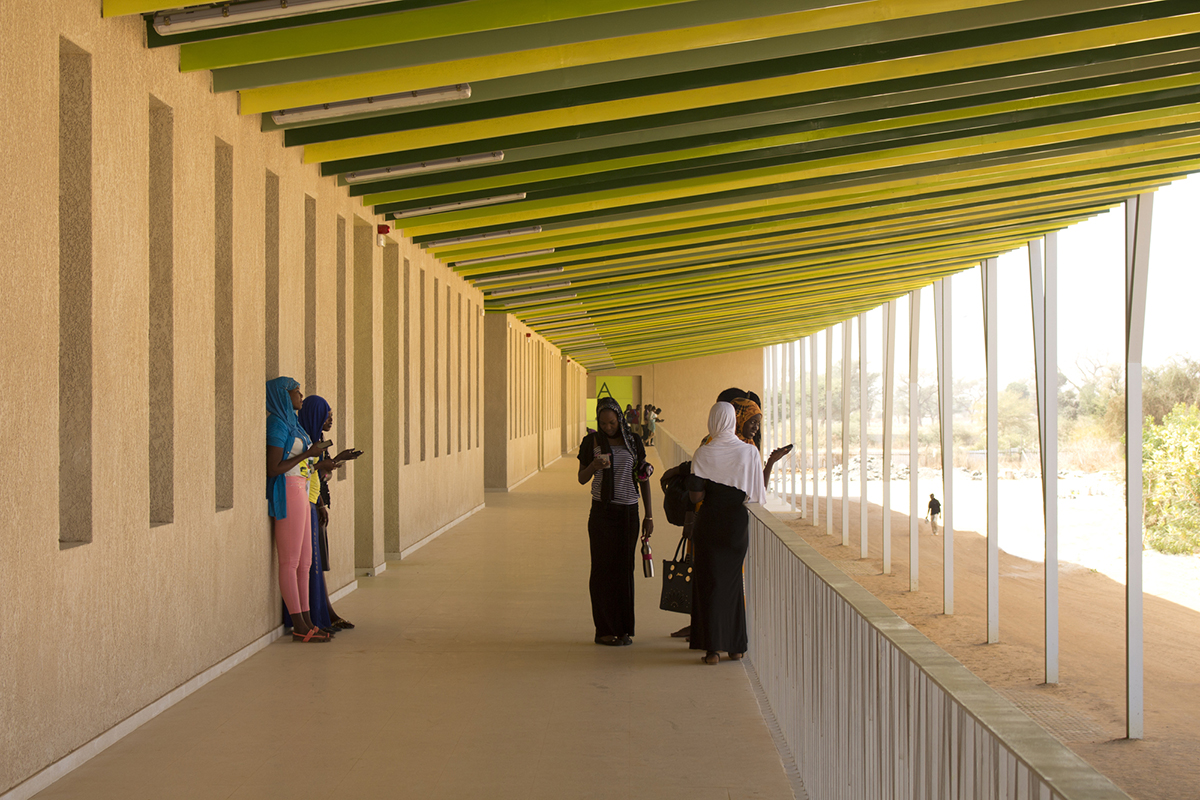 It has been designed starting from the cross section, with a large roof and a second skin of blocks with triangular perforations, which avoids the direct radiation of the sun, allowing air circulation instead. The double roof and the double skin generate voids of one and three meters respectively. The heat is concentrated on the external facade and disperses from the roof, favored by the inclination of the latter. To further refresh the air and avoid the presence of malaria-bearing mosquitoes, citronella has been planted in the interstitial spaces. The constant flow of air reduces the temperature by 10-15°C compared to the external one – usually 40-45°C. 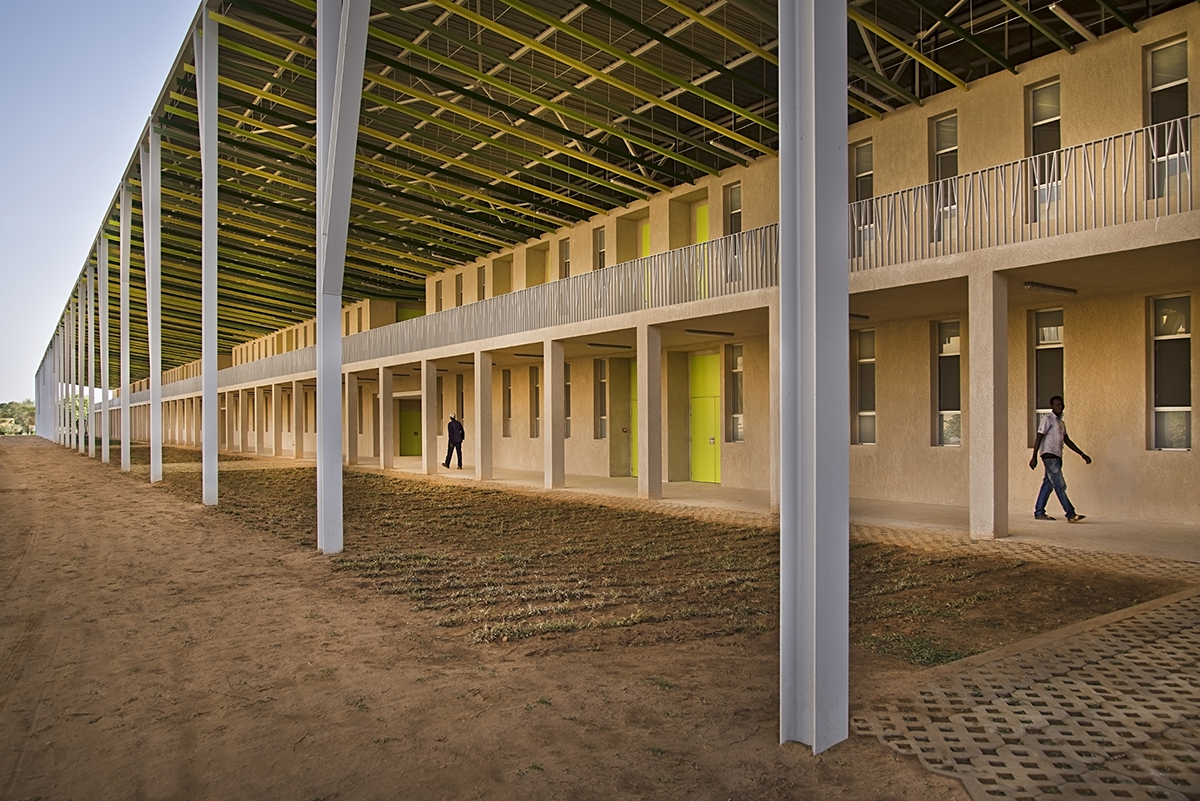 In the University of Gaston Berger, in Saint Louis, to the North of the country, the proposal is of 3 buildings to house a roofed gym with stands for up to 300 people, a swimming pool, a laboratory, a documentation centre, lecture rooms and offices. 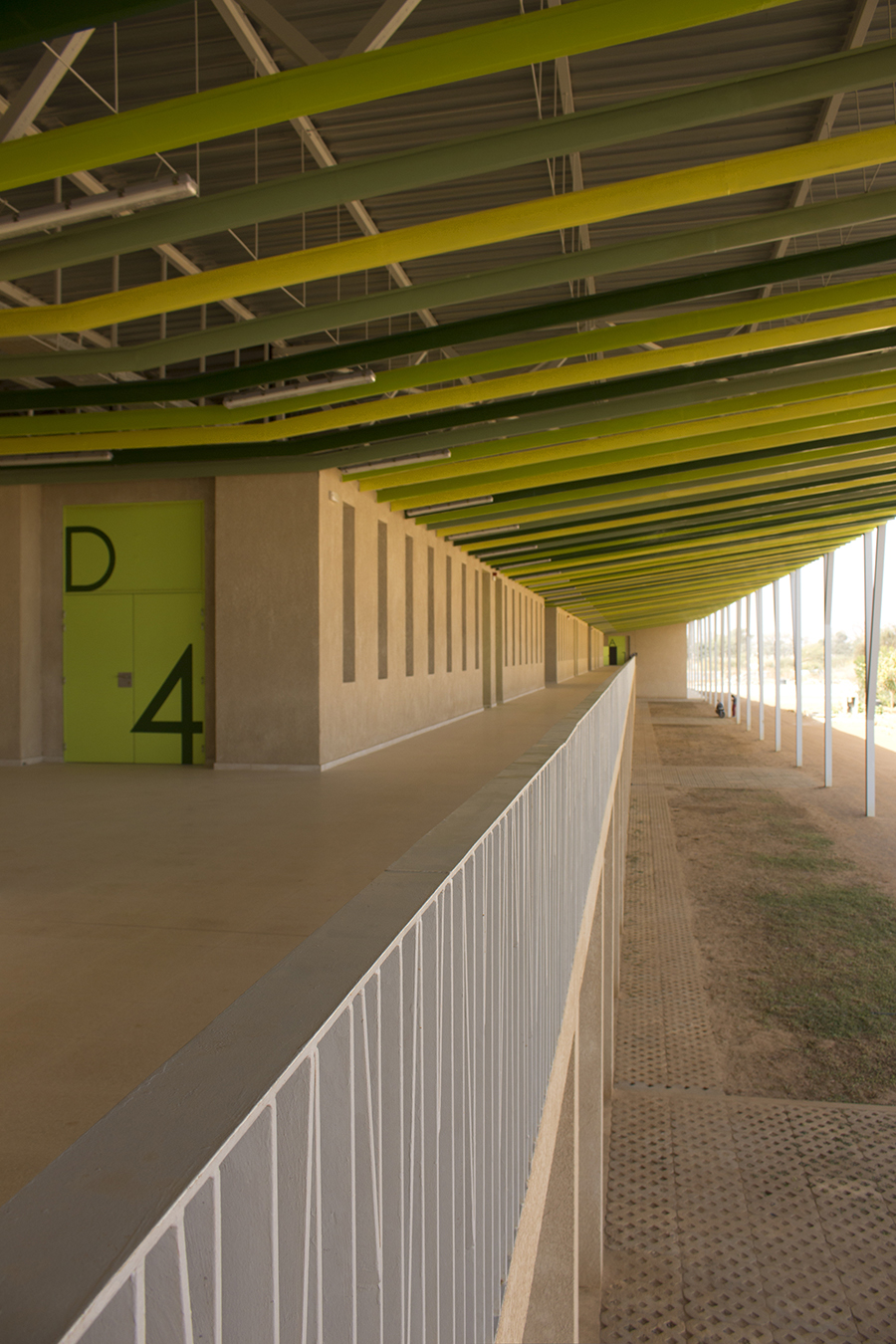 The design of the buildings was conditioned by the hot and humid climate of the region and by the intensive use and high occupancy of the lecture rooms. The elevation is dealt with by a double breathable building envelope with vents on the façade and the roof and circulation is protected as much as possible from sunlight. Low maintenance and minimum energy consumption areas are designed, complemented by a phytosanitary water treatment system that uses stabilization ponds and rainwater infiltration basins.