Of all the embassies that the Manser Practice has done for the British Council, the Tanzanian one perhaps serves as an impeccable source of patronage for the office, a fusion of conclusive metaphors and ambivalent facial expressions to a building that invites a composition of sustainable outlooks and vestigial pride, perhaps in an attempt to fit within the street that is low lying and mute.

The Tanzanian High Commission marked a move by the British government to settle into a country that it has been trying over the years t court, perhaps in an attempt to aggressively associate its diplomatic vocabulary with the nation. Comprising a family of well-placed steel shutters that run across the building like a deft craftsman on a loom, the building is enshrouded in a cloth of shading that forms part of a larger form and aesthetic in a country where Swahili and traditional influences in street use and urban intricacies are quite common. This embassy is the possibility of a substantial development with the kinks of a pedestrian feel.

From the Project Architects:
We were appointed by the Foreign & Commonwealth Office, after a limited design competition, to provide a joint diplomatic building for the British, French, Dutch, German governments, the EEC and for DIFID. Each legation required its own scope areas but some facilities were to be shared. The building needed to be both secure and sustainable.

The concept of a ‘co-location’ building for each legation had never really been attempted before. Consensus was required on all decisions. An initial ‘doughnut’ shaped plan evolved into parallel blocks each side of an atrium within which were lifts and, at ground floor, all the shared facilities including the main entrance. The parallel office floor plates allowed for variable internal areas for each legation with consequentially varying external terraces.

The Manser Practice appointed local consultants and working closely with the whole team, the project was on time and on budget. Regular visits to site by team members ensured a close working relationship with the contractors and maintained a high quality of finish on site.

An early decision to make the structure of the building ‘in situ’ for which both the materials and skills were indigenous paid dividends. Added security and bomb blast provisions following the Dar es Salaam and Nairobi bombings were easily incorporated. Fresh water storage, rain water harvesting, solar water heating and natural ventilation gave the building extremely good environmental credentials. 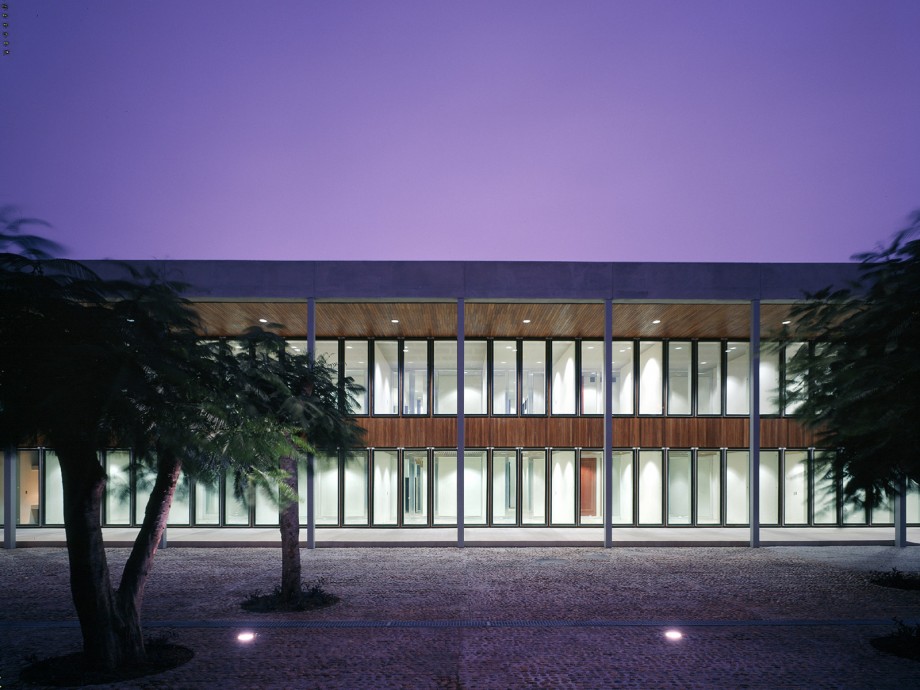