The announcement was made in a press briefing on April 20, 2015, where the ministry also stated its plans to undertake a study of the development tagged ‘Houses on Water’.

Makoko Floating School was completed in March of 2013 to serve as a school and a community centre, whilst being scalable and adaptable for other uses, such as residential, commercial, recreational, and other critical infrastructure. The State Government had shown resistance to the project initially, given the unplanned nature of the community.

Since its completion in 2013, several government delegates from various ministries have carried out due diligence assessments of the structure and have reported positively on its performance. The global recognition of the project has further raised its awareness as a potential solution for developing the waterfront community. The State Government has since taken steps to engage with the community and other stakeholders in developing a conceptual plan and proposal presented to the State Executive Council (EXCO) for consideration and approval.

An estimated 100,000 people reside in Makoko in housing units built on stilts. Yet the community has almost no roads, no land and no formal infrastructure to support its day-to-day activities. In many ways, Makoko epitomizes the imminent challenges and opportunities posed by urbanization and climate change in African Waterfront cities.

The Makoko Floating School is a floating structure that adapts to the tidal changes and varying water levels, making it invulnerable to flooding and storm surges. It is designed to use renewable energy, to recycle organic waste and to harvest rainwater. The project was initiated, designed and built by NLÉ in collaboration with the Makoko Waterfront Community as a catalyst for Lagos Water Communities Project and part of the African Water Cities Project (2011) by NLÉ. It received support from the UNDP/ Federal Ministry of Environment Africa Adaptation program, a research grant from Heinrich Boelle Foundation as well as several other technical collaborators.

NLÉ's principal,Kunlé Adeyemi added "This is a rare and significant moment in history, where innovation is finally matched with an equally open-minded reconsideration of established policies. We deeply appreciate this forward thinking step by Lagos State Government. I believe this move is an important signal for mobilising local and global interests critical for addressing the challenges and opportunities posed by rapid urbanisation and climate change in developing African waterfront cities and communities.
We welcome partnerships and collaborations from all over the word." 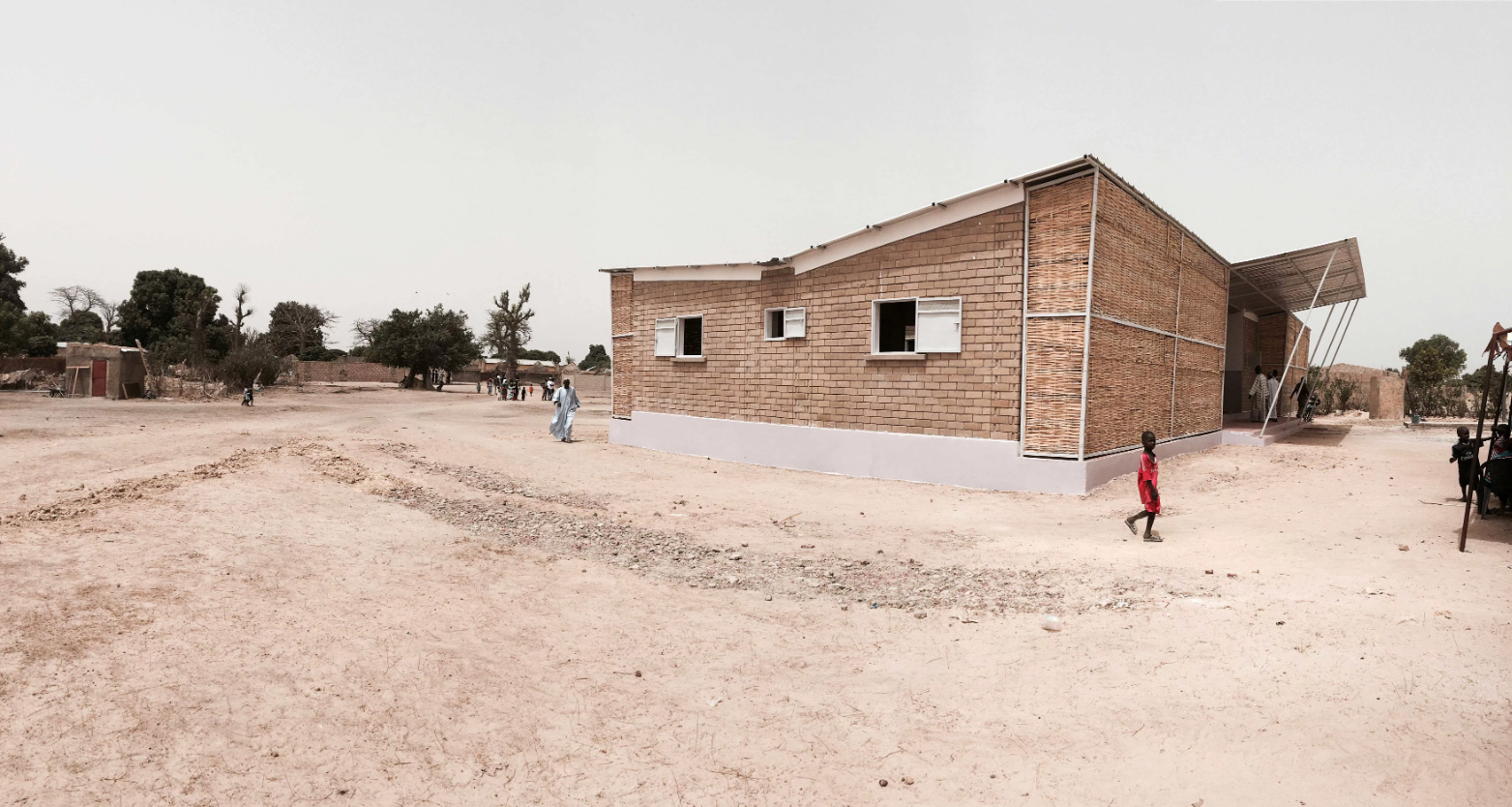