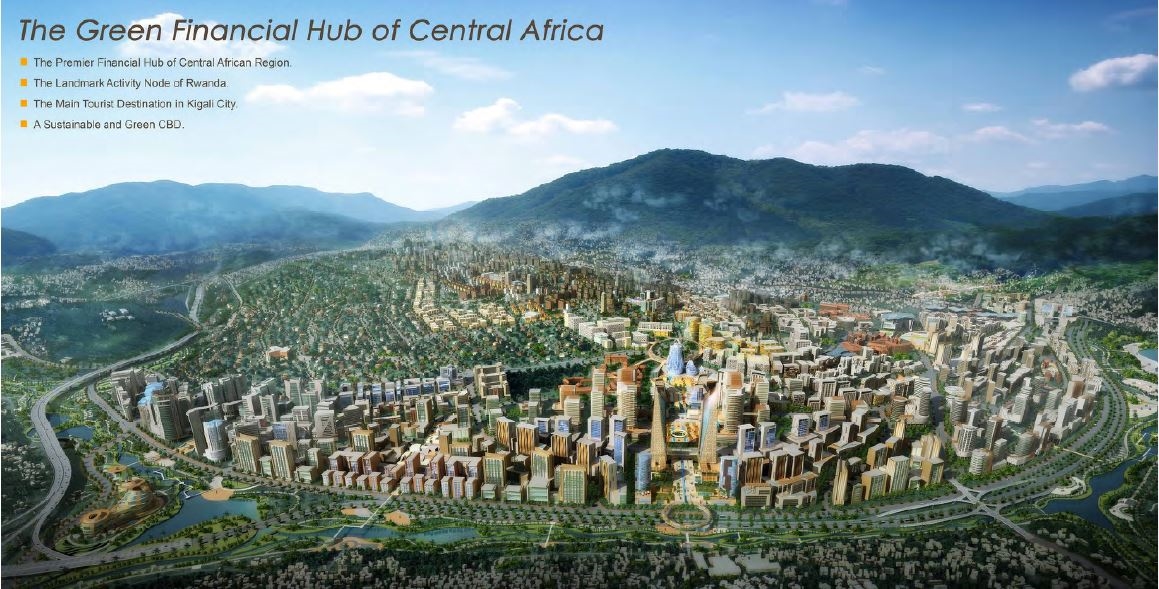 Transcending the trials and tribulations of its dark past to become one of the fastest growing economies in Africa, Rwanda exemplifies the spirit of a progress with a bright future in the horizon. To some, it is referred to as ‘the Singapore of Africa’ due to its attitude towards development. And there is no other city that shares in this remarkable journey of rising up from the ashes as the City of a Thousand Hills. 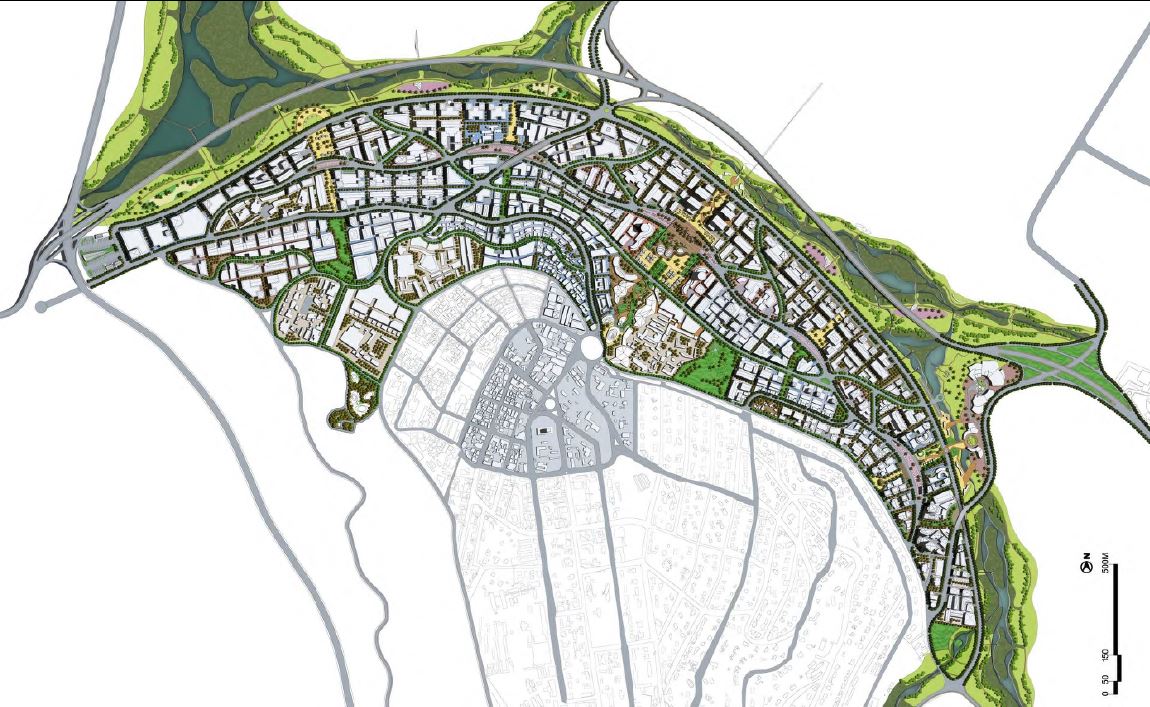 Founded in 1907 by Dr. Richard Kandt during German, and later Belgian colonial rule, Kigali is located on hilly terrain at the geographical centre of the country. It was not elevated into the capital city until the Rwandan Independence in 1962 since the traditional capital was the seat of the Mwami in Nyanza and the colonial headquarters was set in Butare (then known as Astrida). The population predominantly speak Kinyarwanda and they had a reverence for Watusi cows (sometimes Inyambo or Inkuku), extracting the concept of longhorns for their airport. Glimpse Correspondents Program sums up the cultural importance of their house layout: ‘Rwandan homes are one level (high), centered around a courtyard, and filled with extended family members and multiple generations. By sharing living space that is designed to be communal, families remain deeply connected.’ 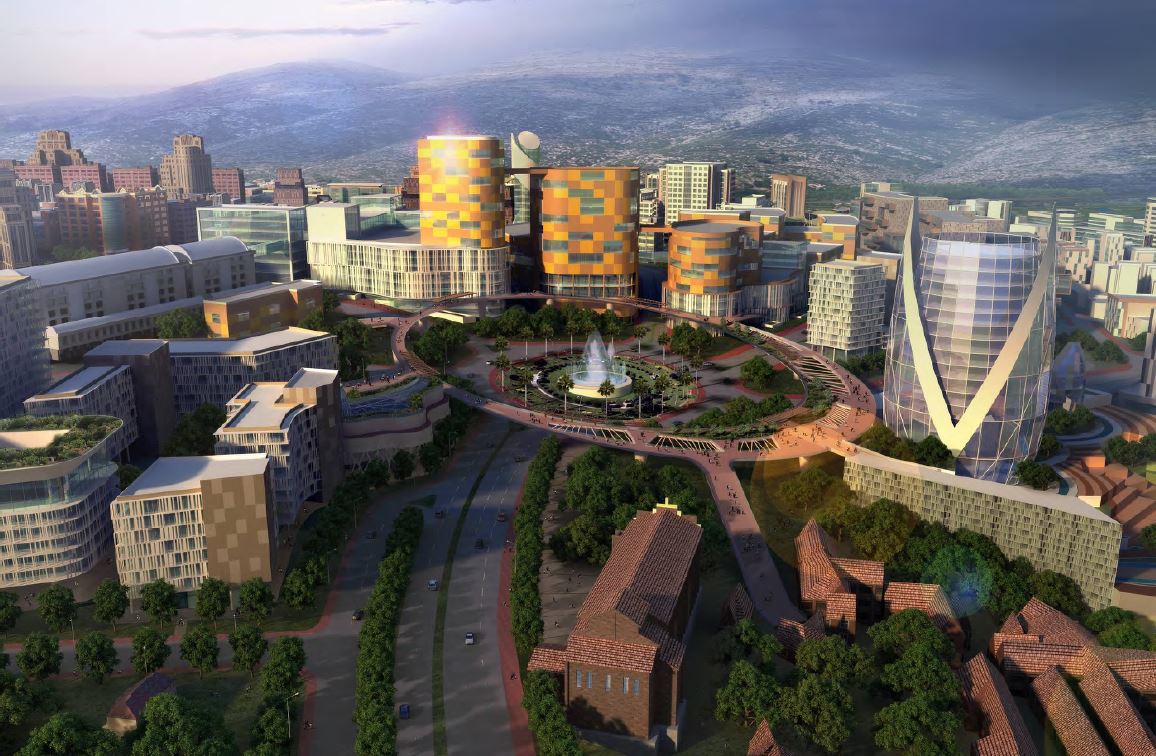 In 1994, before the infamous genocide, Kigali looked less of a provincial capital and more of an oversized, sprawling village. The only urban manifestation of the capital was the compact city centre and predominantly Muslim quarter of Nyamirambo with a meagre population of 350,000.After the genocide, Kigali was in a poor condition. An economic and cultural centre that lay broken in ruins. When the time came to rebuild, the country’s resources were limited. Foreigners from German, Chinese and American firms were brought in to kickstart the Rwandan renaissance. As is usually the case, these professionals failed in delivering a physical and urban landscape that connected with the culture. 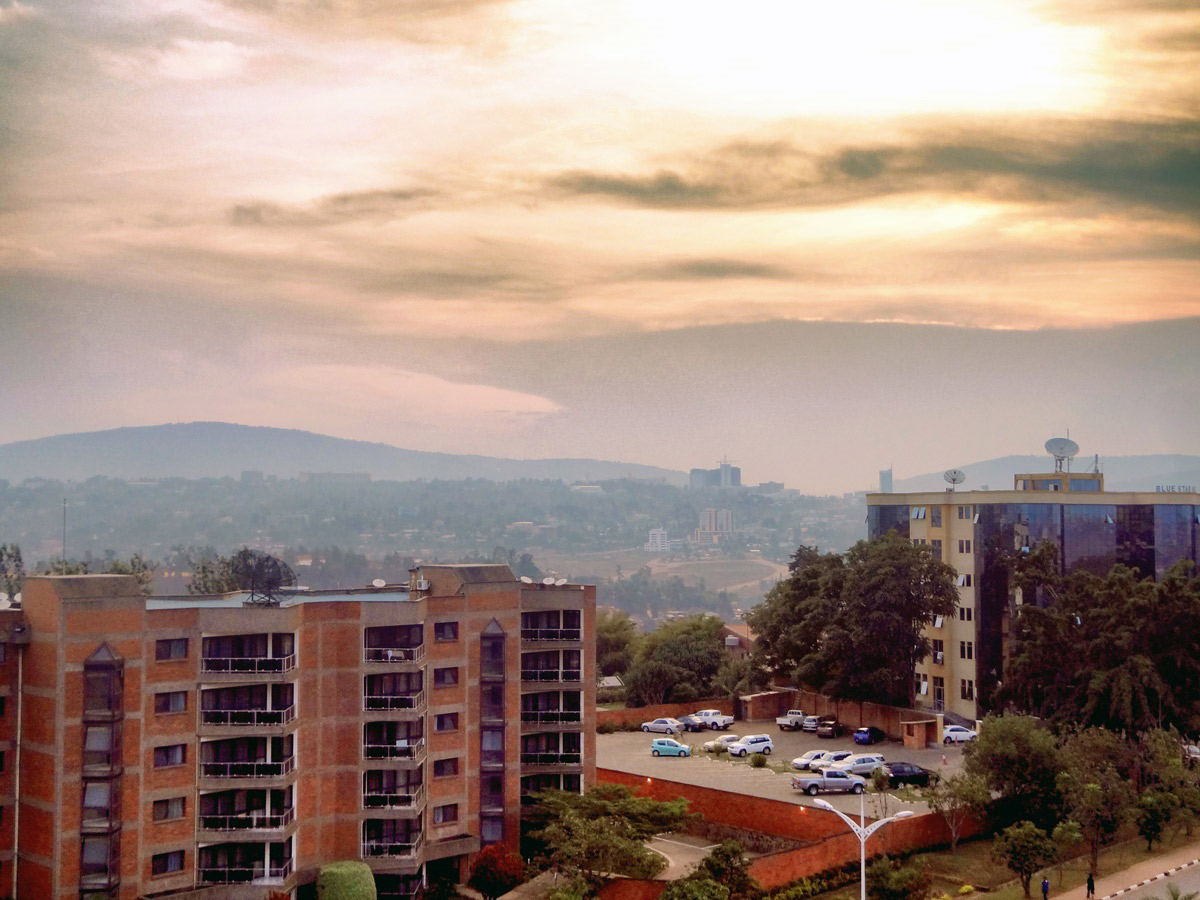 Due to the government incentives many more Rwandese citizens have returned from diaspora to aid the swiftly changing image of the city. It is currently sub divided into the following 3 districts; northern Gasabo, eastern Kicukiro and western Nyarugenge, bearing a character that is authentically local. Government policy have encouraged the construction of modern structures in order to detach itself from the image of mud houses and thatched roofs that ‘…connote a rural, primitive and backward Africa.’ But ironically, the majority of community based projects such as the Umubano Primary School and Kimisagara Football for Hope Centre have garnered awards for repurposing these locally available materials into innovative, environmentally friendly structures. 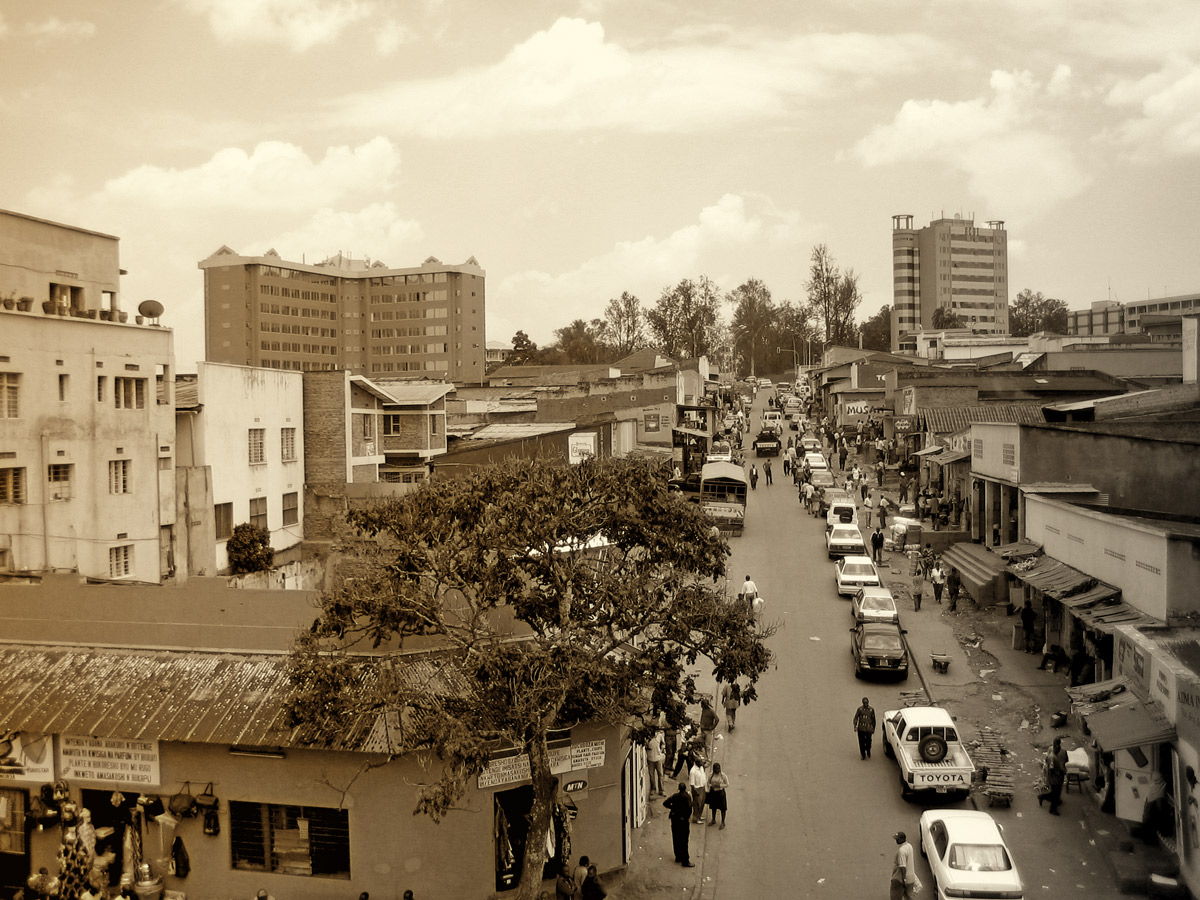 Now, the city boasts of impeccably clean streets with infrequent traffic jams and more importantly, orderly conduct thanks to the compliance of the citizens and a strong security force. Thanks to the Denver-based OZ architecture and Singapore’s urban designer Surbana, a cohesive Master Plan has been developed that will guide the ongoing urban development. With over 1 million inhabitants, the city still has a low population of resident architects. Thus, the Faculty of Architecture and Environmental Design (FAED) was born to match up with the demands of this large scale transformation. 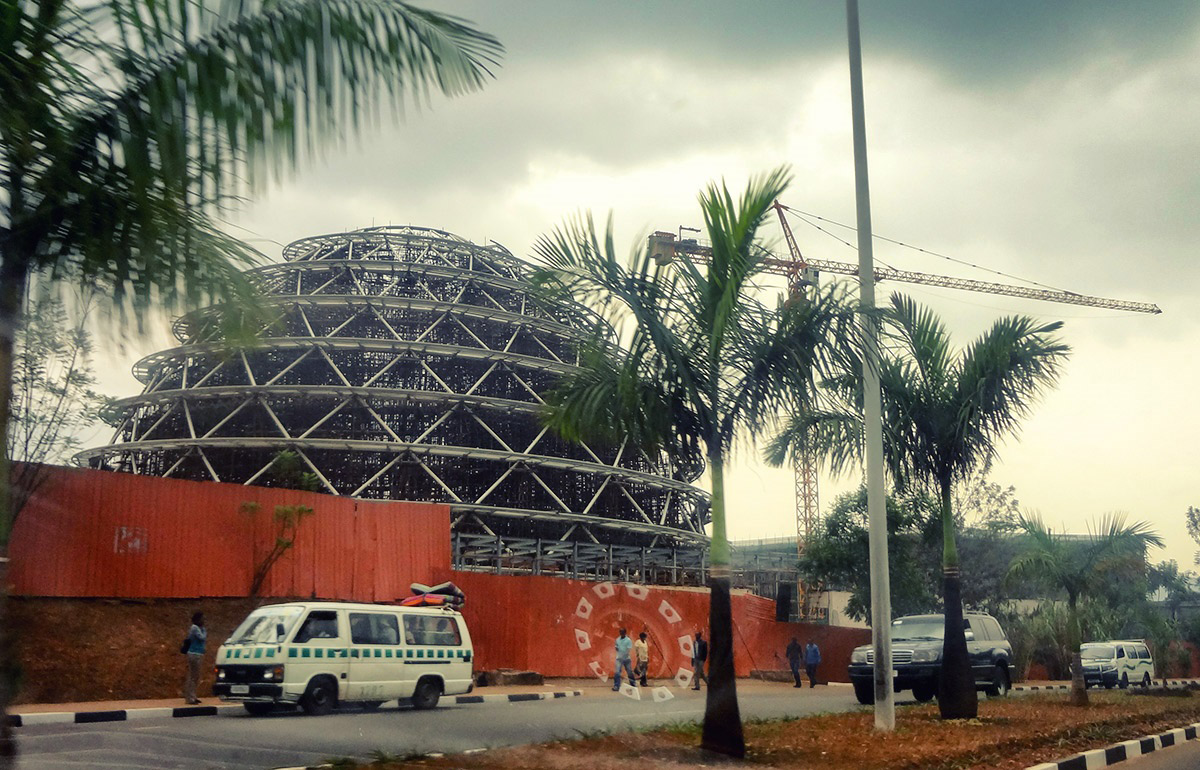 Even as the city morphs into its futuristic vision, there is still a large disparity between extreme wealth and poverty. And this can be observed in the physical environment where the large skyscrapers and commercial office buildings on ridges are juxtaposed to informal settlements along the valleys. This just adds into the list of challenges to be overcome, as some critics of the Kigali Masterplan view it as a foreign model that aims to adapt the prevailing culture to it.  For example when razing slum neighborhoods and relocating the dwellers far off to high rise apartment blocks, proximity to workplaces, markets and other public areas needed to be addressed. 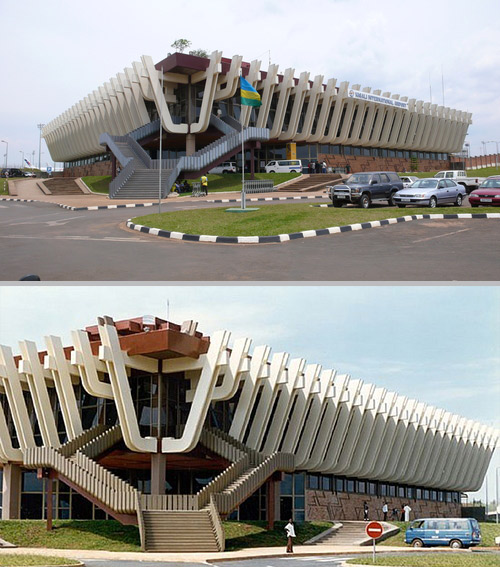 As cities grow, develop and disappear into homogeneity, Kigali will undoubtedly choose its own path. And with the youth lies all the difference. The topic of local architecture vis-a-vis contemporary ‘international’ architecture is an ongoing debate in the public realm. The truth is cities are living forms and no one but the inhabitants can choose the direction they take, may it be based on preserving public transportation like matatus and motos (motorbikes) or upgrading the informal open air markets into modern landmarks. Regardless, the identity of 21st Century Kigali will always be shaped and built by the hands of Rwandans. 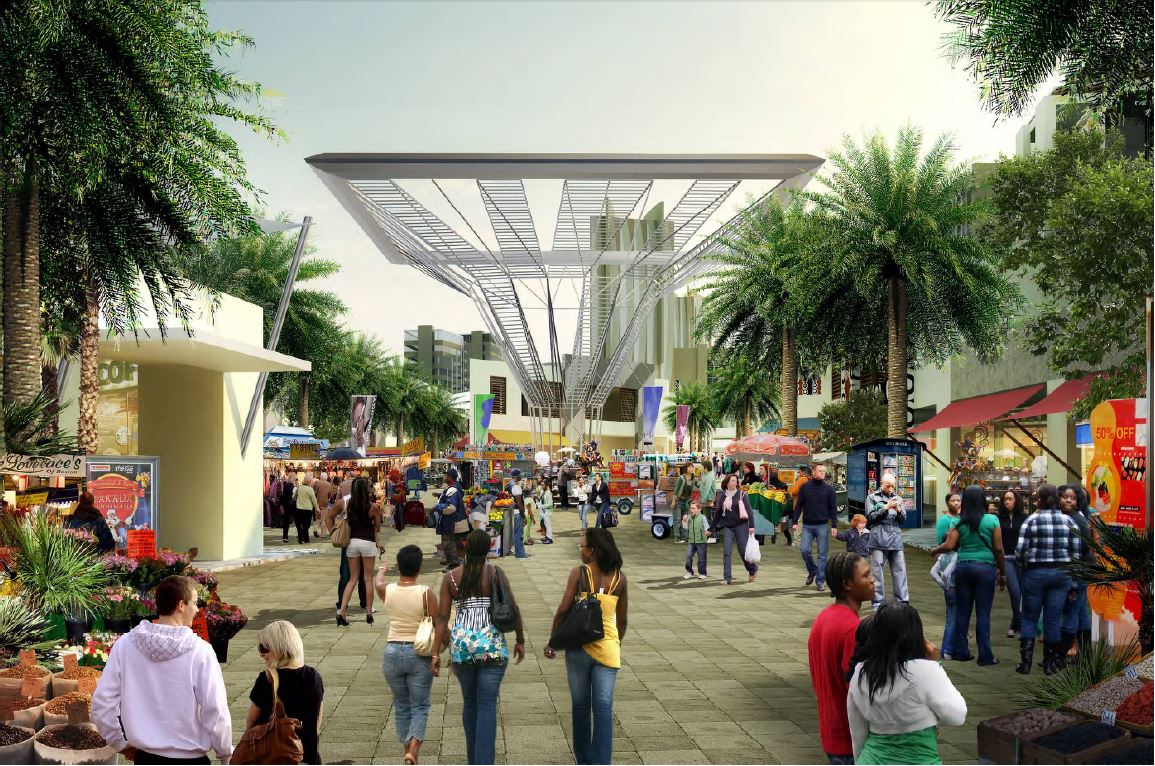