Dire Dawa (which means “empty plain”) is one of two chartered cities in eastern Ethiopia. It was created by the imperial railway company Franco-Ethiopian. The place was first called Addis Harar before becoming Dire Dawa. Created by the French, it is the only city in Ethiopia whose urban structure has the characteristics of a colonial city and it´s separated by the river Dechatu. Because of terminus of the railway from Djibouti, Dire Dawa has an industrial tradition. 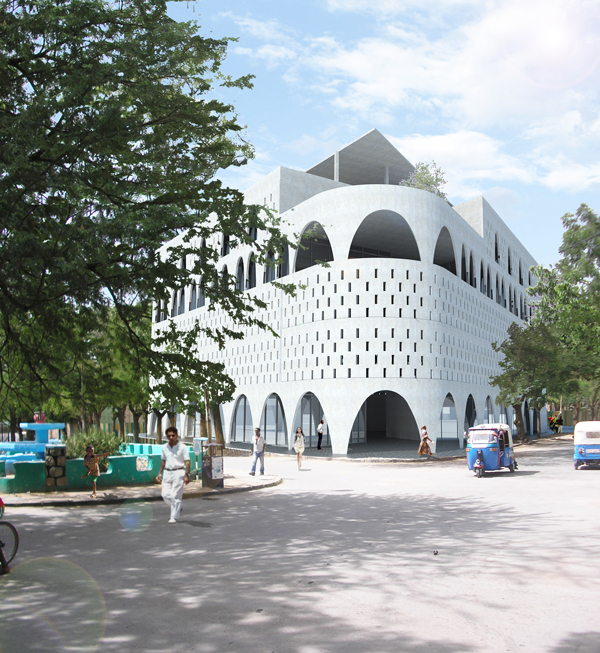 Two of the three streets that define the plot of the project are major axes of Dire Dawa because they connect the Railway Station with the other side of the river and with the Emperor’s Palace. The main entrance of the building is placed on the corner of these two avenues with the other street that defining the plot. 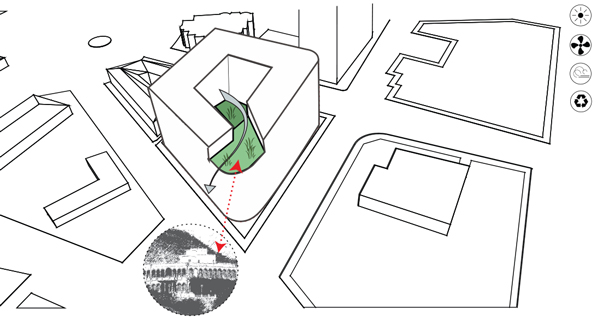 Dialogue with heritage and surroundings

The neighbor Mekonen hotel Architecture is composed by a U shaped building and a courtyard populated with trees, The project establishes a dialogue with it by extending the greenery into the site creating a new open air space inside the building. This courtyard is not only symbolic in the interpretation of the heritage but aids ventilation of the deep spaces and ensures good air movement. 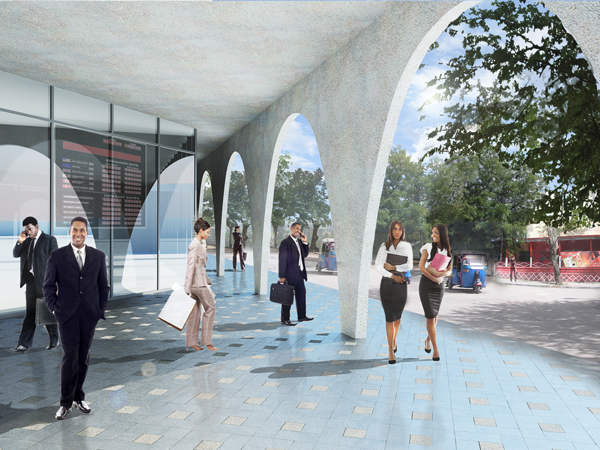 The mixed-use program is enclosed by a concrete façade with different type of openings for each program under common proportions and parameters. Depending on the interior use it increases or decreases its thickness with terraces, similar in geometry and properties to the historical buildings of Dire Dawa but in a contemporary way. It’s not a copy paste approach but rather an interpretation of the tradition in contemporary environment.

The apartments and offices floors open the interior courtyard towards the view of the Palace creating a natural airflow inside the building and common spaces for users. The greenery of the ground floor courtyard and the apartments terrace are aimed at cooling down the hot air creating fresh microclimate in the interior. The concrete façade with insulation and the terraces also protect the interior from the heat and the rain and create thermal inertia. This slows down heat loss during the underheating period and decreases heat gain during the overheating periods.

The roof terrace becomes a new urban oasis protected from the sun and the rain by a pergola that covers gathering areas and bars. On the pergola, networks of photovoltaic panels are aimed at producing energy for the building while the roof will collect rainwater to be reused for sanitary. 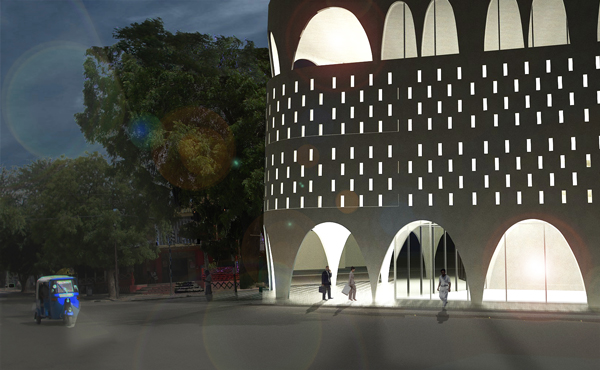 It’s an idea project but well thought and when realized can pave way and give directions for mixed use developments in Contemporary Africa.