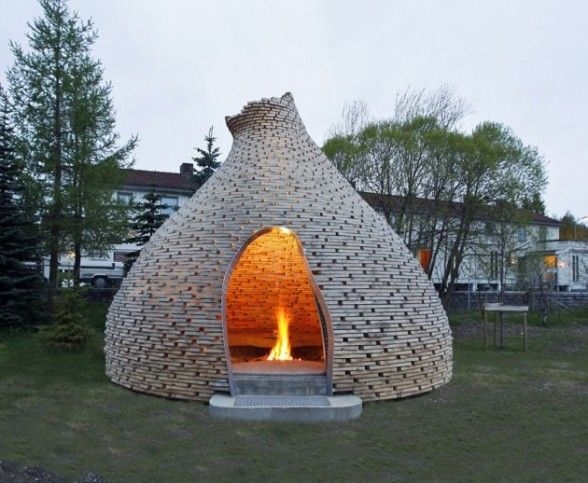 Gladys Ayoma, like all educated Moshi women are, quite opinionated and love to drink with their men. When I first met her she was arguing with the head of BNI (our equivalent of CIA), head of cultural affairs, head accountant and another gentleman at the local 'drinking spot' next to the police grounds, Tamale. It was the week before Ghana’s 50th Anniversary, and all were in a rather reflective mood about where we are as a nation.

Clearly she was a highly regarded member of this drinking clique, and I was really impressed with her quiet strength. Her slow speech pattern belies her utter conviction on subjects ranging from politics, highly charged in Tamale in particular, ethnicity and women's issues. It was very difficult to determine who her partner was amongst the group, she exhibited unique flirtation skills that made each of the men feel important but with a clear sense of established and understood boundaries. This was the environment in which, I, a total stranger to the group, found myself that afternoon. My mission was to meet Mr. Ayamgba, head of the cultural center, about the upcoming film festival that we were organizing.

I was enthralled and fascinated by Gladys’ passion for her work as a teacher. On learning of my role in the beautification of the city, and as described my Mr. BNI as being a 'big man' (important) in Tamale working with the mayor and city officials in that capacity, she challenged me to come and visit her school. ‘You will not believe that as we spend billions of cedis on celebrating independence, my pupils are sitting in wooden shacks with dirt as a floor in the middle of Tamale. Mr. Joe, this is really shocking and you must get your important friends to come and see this', she said, in the most seductive angry tone I have ever heard. Suddenly I was hooked. I needed to know more. Could this really be true? She was convincing and I promised her that indeed I would visit the school early
the next day before I left for Accra.

Politics in Tamale is a special blend of family ties, ethnicity and party affiliation, practiced as combat sport. It permeates all aspects of their lives but you get the distinct feeling that you dare not take sides, since ultimately it's 'all in the family'. Gladys, typically, held her party affiliation cards, close to her chest. She tore into the ruling party with equal venom as she did the opposition. She defied categorization. She was modern, yet conservative on issues relating to family values, she lambasted men for their lack of responsibility towards their families but yearned to be married, she criticized the local politicians for not 'fixing Tamale' especially school infrastructure, but she won't leave for Accra. She had a mission to make her school better, improve the lives of children which she has clearly demonstrated by adopting Bob, to add to her own.

"Mr. Joe, we need accommodation in Tamale', she quips. ‘The government is building all these hostels for the CAF games (African Soccer Championships) next year, and they are all apartments. We cannot live in apartments, it will never work!’ This was emphatic and it got me thinking about my own positions on high density housing for Ghana. She may be on to something I thought. 'Look, none of the banks or private developers is thinking about us here. Could you imagine if housing was developed affordably for people like me? There is a huge demand for something simple and low maintenance based around how we traditionally live here. It will work if people can afford it!’
This comment elicited the first unified position on any subject, from the men. The blame game then begun in earnest with developers and politicians taking the biggest hit.

Architects were dismissed outright as not relevant in this discussion since they had shirked their responsibility to be innovative and provide product for the masses. I was not going to be drawn into defending anything or anyone. I was ambushed but really felt at peace. The inevitable happened. "Mr. Joe, why don't you do something about this in Tamale?" Gladys' big eyes appeared larger with a glint of mischief in them. I suddenly felt betrayed and my defensive mechanism was about to be deployed when Mr. Ayamgba chimed in about buying another round.

This interlude gave me enough time to reflect and decide to take on this challenge in collaboration with my partners from cooper union, New York. Bob, Caitlin and I had discussed at length how to translate our shared interests in traditional building materials and techniques in the northern and upper regions of Ghana into a project. Gladys described her needs and program for the house simply as 'a place where I can afford, add to as her income increased, low maintenance, with good natural ventilation and cooling properties that evoke the way she lived as a child. I had met my 'architectural soul mate in Tamale of all places' and I promised to show her a sketch on my return from Princeton University. Her parting words were 'Mr. Joe, why have we abandoned the mud hut?'

…the iconic mudhut to me is a metaphor for how we need to live. It represents the vernacular and the functional and certainly all the good principles of contextual sustainable architecture. It does not try too hard and is quite proud of its pedigree, the DNA of a tropical structure which has not evolved for centuries. Why have we not reinterpreted it organically over time? Do we not see ourselves in this quest by us to disown what is rightfully ours? The erasure of the mud hut in contemporary architectural discourse exemplifies what is so wrong about Africa’s development. As with all narratives, new meanings have to be derived based on new context. This requires a lot of hard work and research and coming to terms with who we are and what our aspirations are.

For me personally that journey has begun and to understand the mud hut is to deconstruct it and examine its parts and then hopefully re-construct. It needs to be holistic and thorough. This can only be achieved through research and then implementation. The mud hut has been abandoned but not forgotten. There are institutions and individuals who have redefined and improved on, traditional technologies such as mud locally but are never celebrated. As design professionals it is critical to be also involved in product development to enable us realize a contextual contemporary architecture. One informs the other.

Formal gatherings such as this, offers great opportunities to dialogue and share but should not end here. What are we going to do when out there in the real world is critical. Talk shops are good but it needs to translate into action. Our search for our ‘Africaness should evolve out of a basic understanding of who we are. To me this topic is completely ‘overplayed’. We are in difficult position of being defined by others and not by ourselves. We have been quite lazy intellectually or have not shared with the world who we are through our contemporary architecture. All the ingredients are around us to develop innovative solutions. There will and should be many strands of this contemporary contextual African architecture because our DNA’s are different and so is the context. We should not destroy ourselves in this search but rather share and innovate. There need to be that collective passion to support one another and promote what is relevant and developed by us. I stress on the word ‘collective’, because with our limited resources we need to embrace how we were, surviving through communal effort and dedication.

I want to share what I am doing now, in my own small way, to contribute to change and put my money where my mouth is. My journey begun 3½ years ago, when I was introduced to Pozzolana cement developed by BRI in Kumasi. Pozzolana, a volcanic material, it’s not new and has been part of empire building since the Romans. The dedicated hard working Scientists at BRRI, have developed their own version out of local clays and palm kernel shells and have been producing it locally in Kumasi for a few years. When I was told what all the attributes are of, cost saving on cement, all local ingredients and environmentally friendly, I was stunned why it still had not been commercialized. Like the big dreamer I am, I promised the Scientists that I would find investors to commercialize this product, the people’s cement.

To cut a long story short, 3½ years later my company Constructs llc with PMC Global Inc. of Los-Angeles has just acquired the Rights to commercialize Pozzolana. Mud is great but for it to meet the needs of a contemporary Africa it needs to be massively produced into cement. The ingredients of the mud hut are now available for the commercial market and the mud-hut has been reborn through Pozzoghana Limited and BRRI’s hard work for its success has just begun and will be dependent on all of us believing in our home-grown industries, there should be no excuses, Pozzoghana was developed by us and should be used by us. It is the people’s cement. 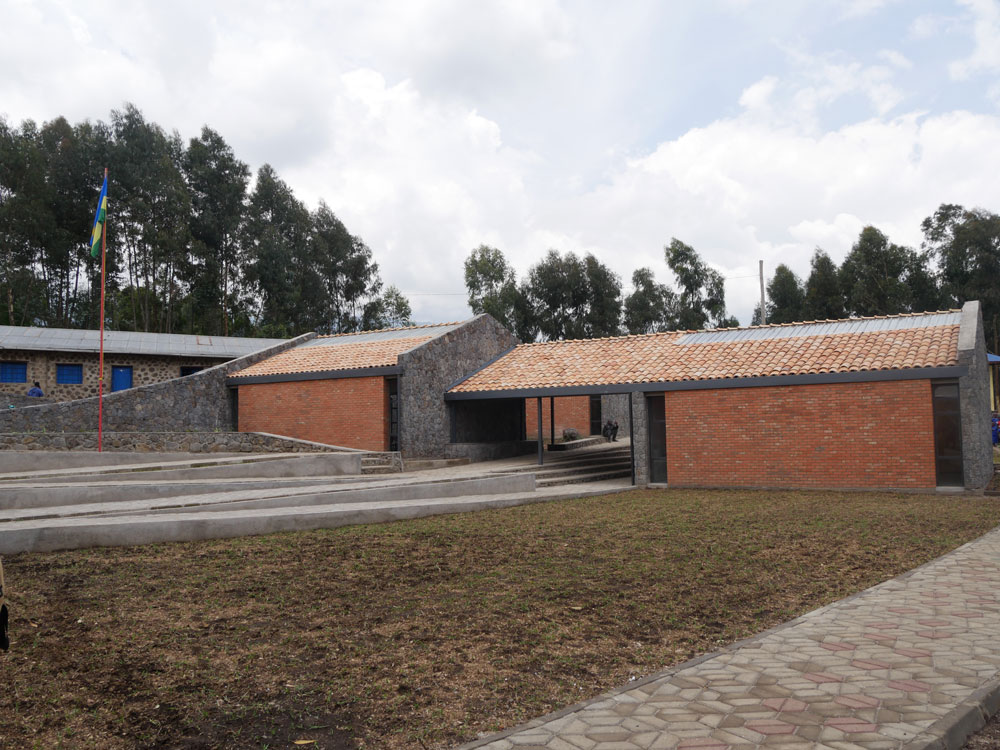 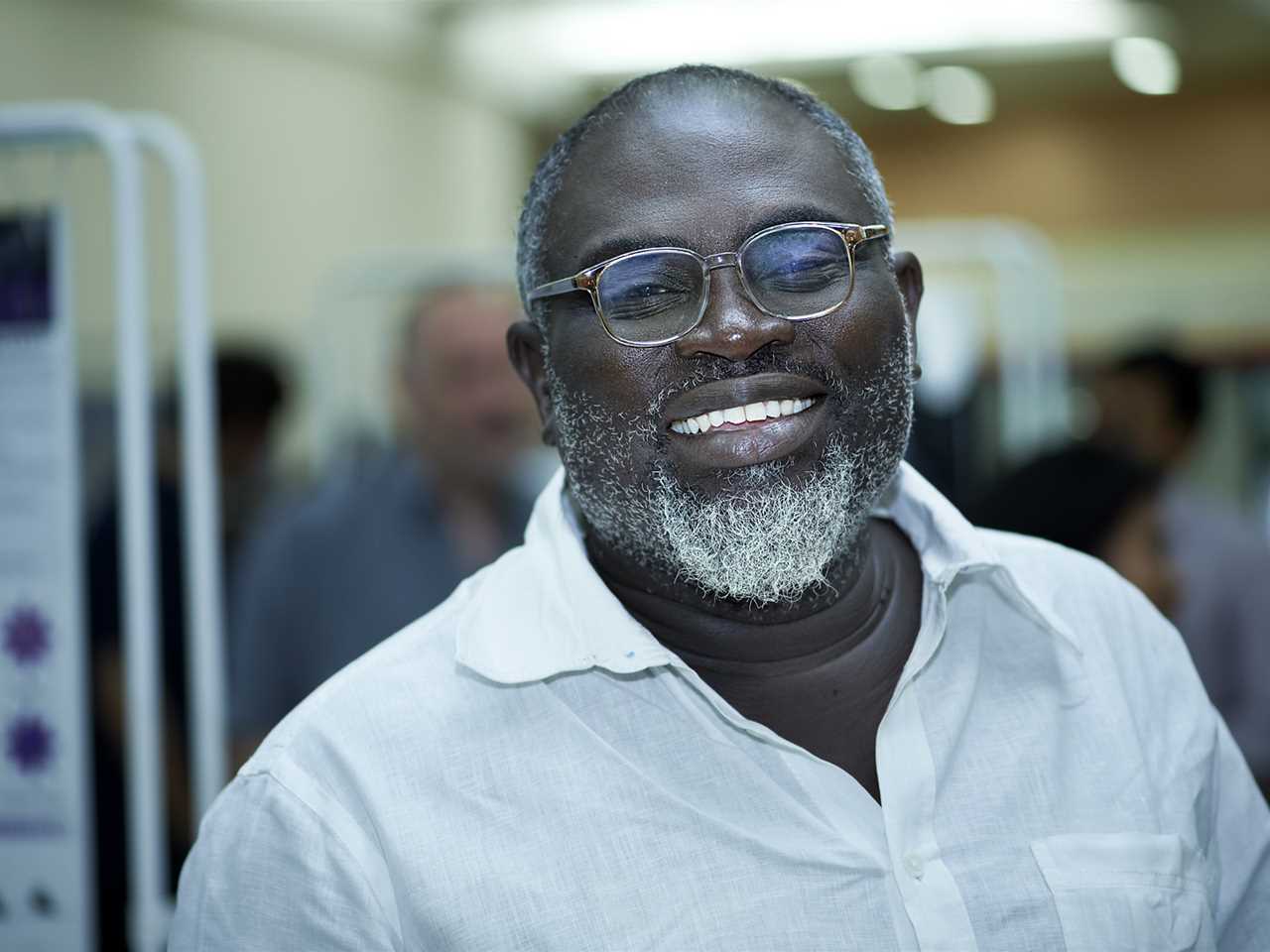