From the Architect
The original house was designed in 1968 by Stauch and Partners as a house and studio for an artist, the sister of the architect. It is a striking example of modernist architecture with clear references to the early Bauhaus, where Stauch had studied. Even though sited on a large Erf of nearly 3000 square meters, it was designed as a double-story pavilion, with the artist's studio, garage and servant's room below. At the centre of the house a staircase lead up to a two-bedroom apartment on the first floor. The open-plan dining and living area are visually extended with a terrace overlooking the Windhoek city centre to the northeast. 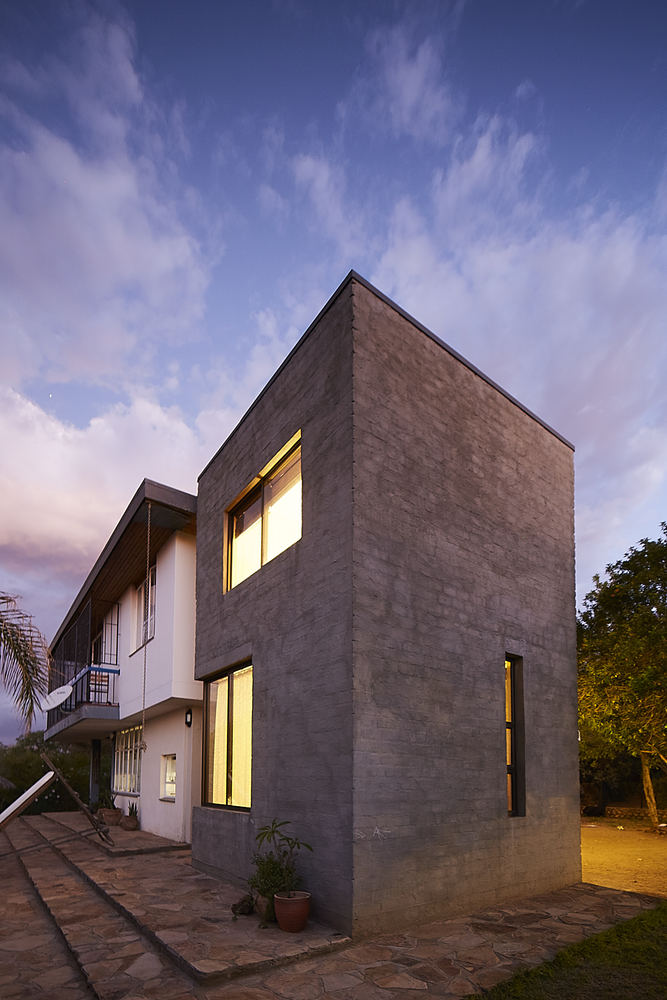 On the ground floor, 16 concrete columns spaced on a 4 x 4m grid carry a concrete slab that cantilevers about half a metre on all sides. The first floor uses load-bearing exterior cavity walls, which allows internal walls to be distributed more flexibly. With its half-meter overhang the hipped roof mimics the cantilever of the concrete slab, and its gentle slope hides it from views below. The natural pine tongue and groove ceiling continues from the inside out, forming the eaves and blurring the line of enclosure. 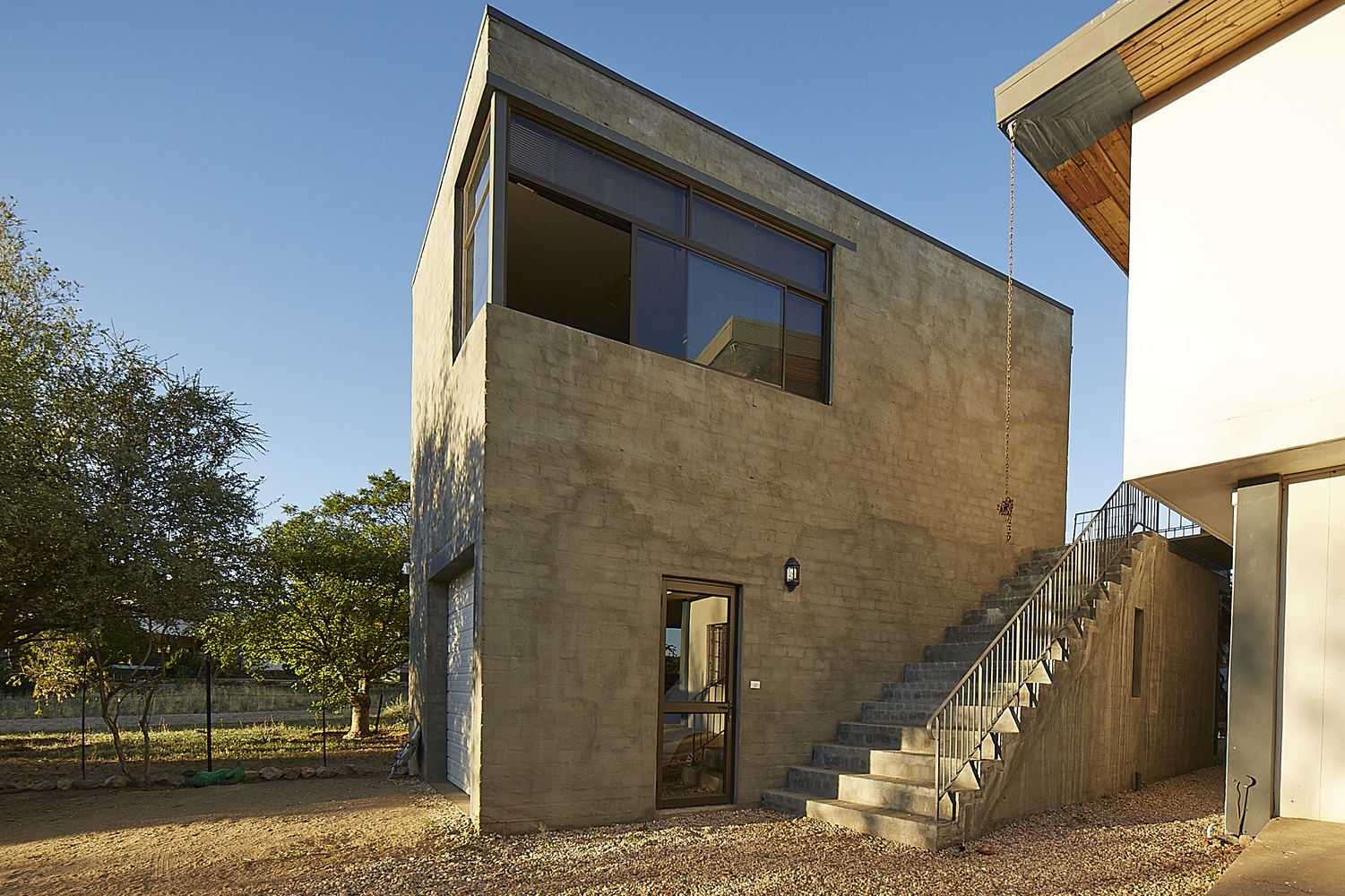 Changing family constellations of the current inhabitants, the granddaughter of the original owner and her husband necessitated alterations to the house. The ground floor studio had been rented out to a friend with a self-built extension that served as an extra bedroom, while the servant's quarters had been transformed into a guest room. The garage had been converted to a home studio and the two kids had to share a small bedroom, eager to have their own. An addition was clearly required.

Expanding a modernist pavilion that was in near-original shape became the main challenge of the design. The choice of self-contained structures that hardly touch the old building and speak a formal language of their own was a conscious one. The additional bedroom for the kids and the ground floor tenant would be accommodated in a tower-like addition to the northwest. A new en-suite guest room, garage and home studio would be accommodated in a second volume to the south of the building, with an external staircase that would lead onto a roof terrace and form the new main entrance into the house. 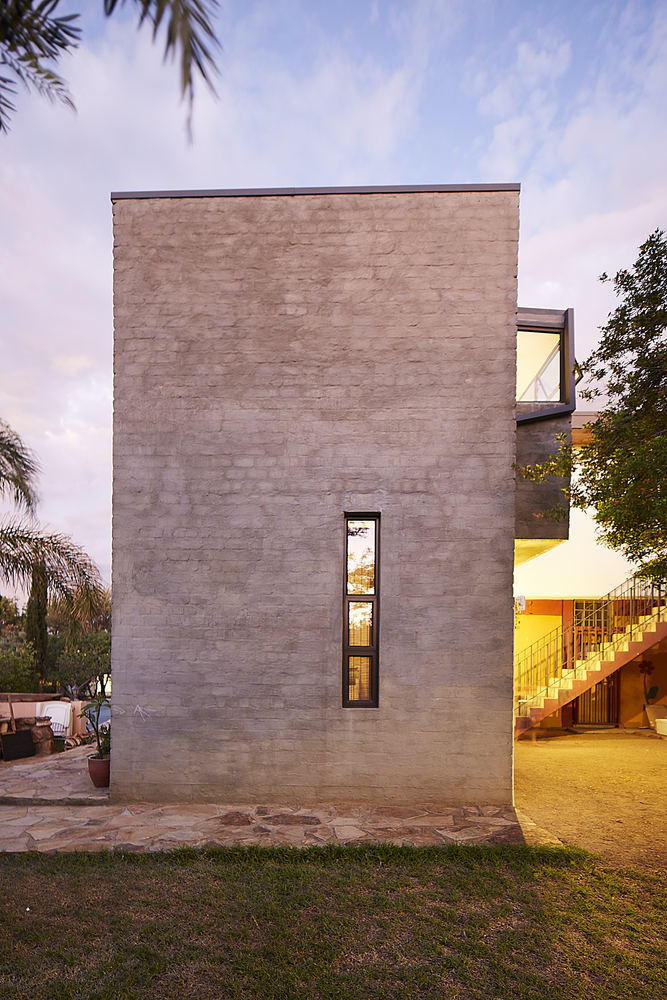 In keeping with the simplicity and reduced materiality of the original, the additions were executed as cubic volumes of bagged concrete bricks that referenced the original house in their dimensioning and the position of the large window openings. The old lady now wears two backpacks - proudly - and can carry more stuff than ever before. 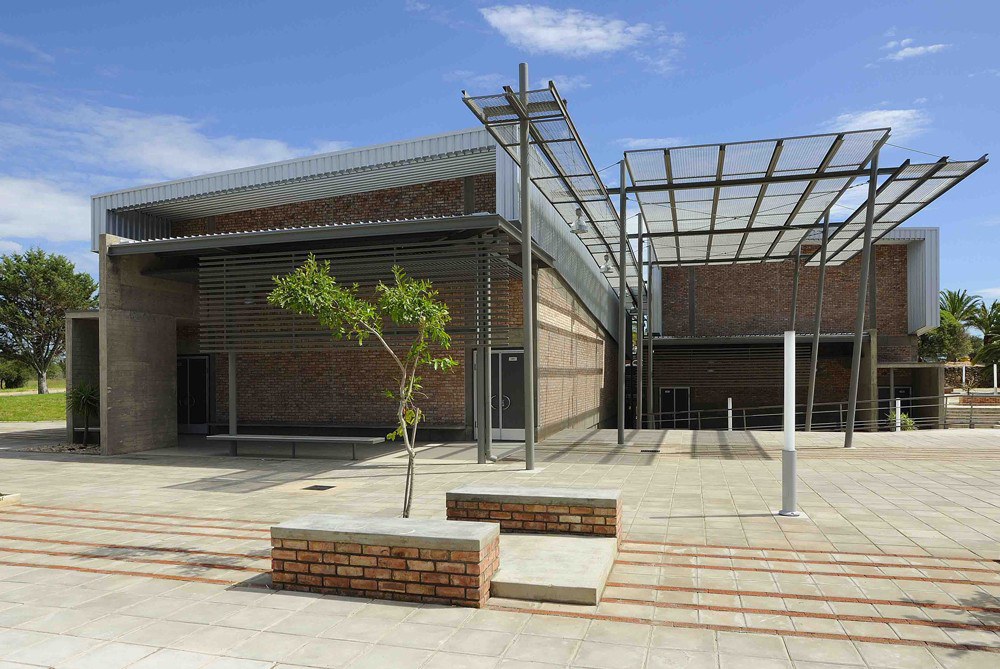