The project forms part of a larger renovation to a freestanding villa located high up on the slopes of the Vlakkenberg. The clients required a pavilion within their extensive and beautiful garden, from which to appreciate the natural landscape around them. 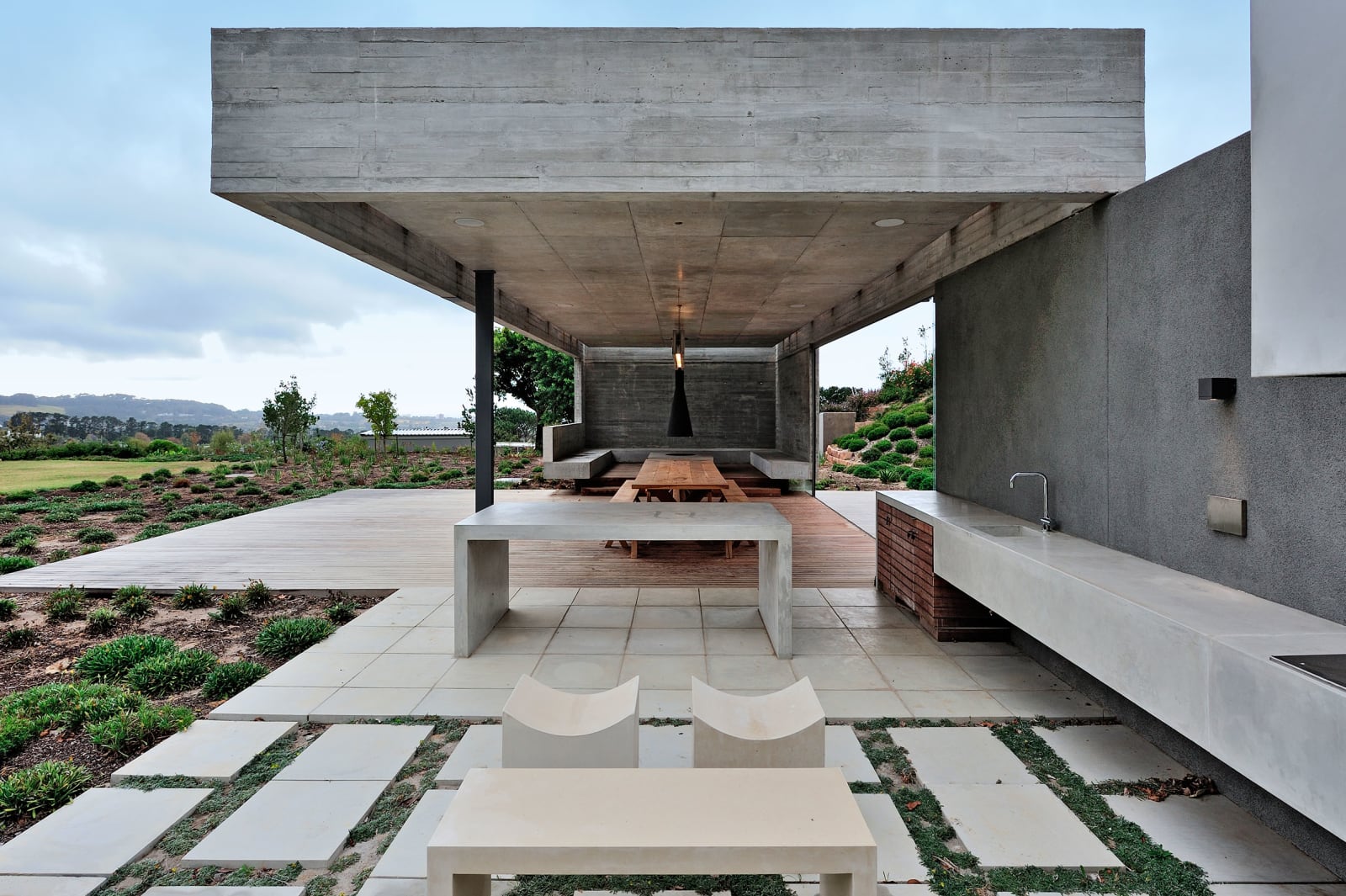 Site & Contest
The site consists of a series of terraces, oriented north- south and falling to the east. The house is located over two terraces and overlooks the garden terrace below There are significant mountain views to the north and sweeping views of the peninsula to the east. South-east winds are severe in summer. The existing garden terrace contained an ostentatious water folly at its southern end, comprising a water cascade falling in to a pond with elaborate fountains. This feature is on axis to a large pool on the far end of the terrace, separated by a large expanse of garden. 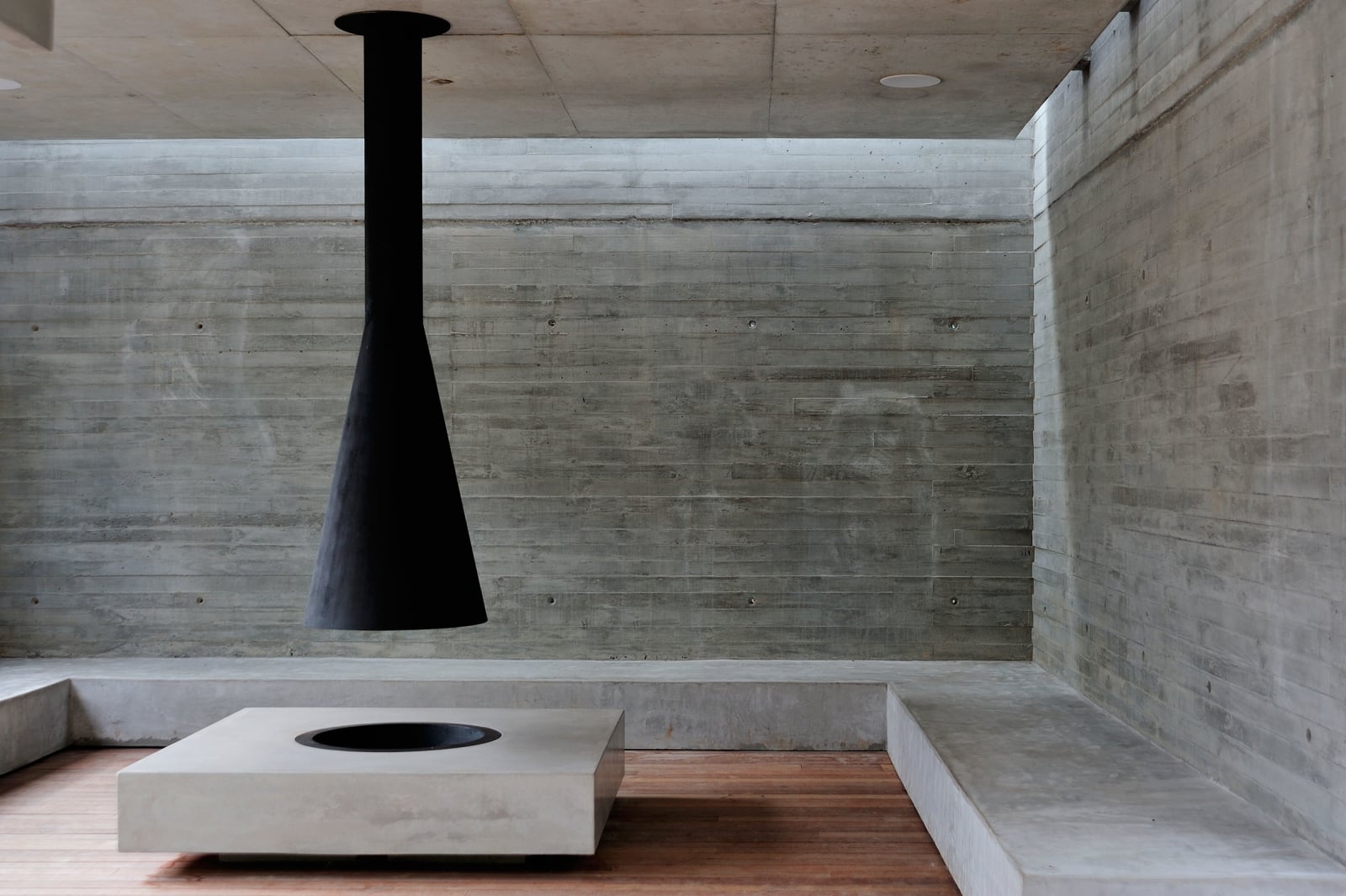 While this garden folly appealed to the new owners' sense of humor, they requested that it be 'toned down' and incorporated into a meaningful outdoor relaxation area for the appreciation of the back of Table mountain to the north, a view they love, but cannot really appreciate from the house.

The siting concept was to locate the new pavilion both as a termination of the garden, as a backdrop to the water feature and as an evocation of the mountain across the valley. It required both solidity and presence, transparency and lightness. The earth banks behind the pavilion were manipulated to form a natural basin. 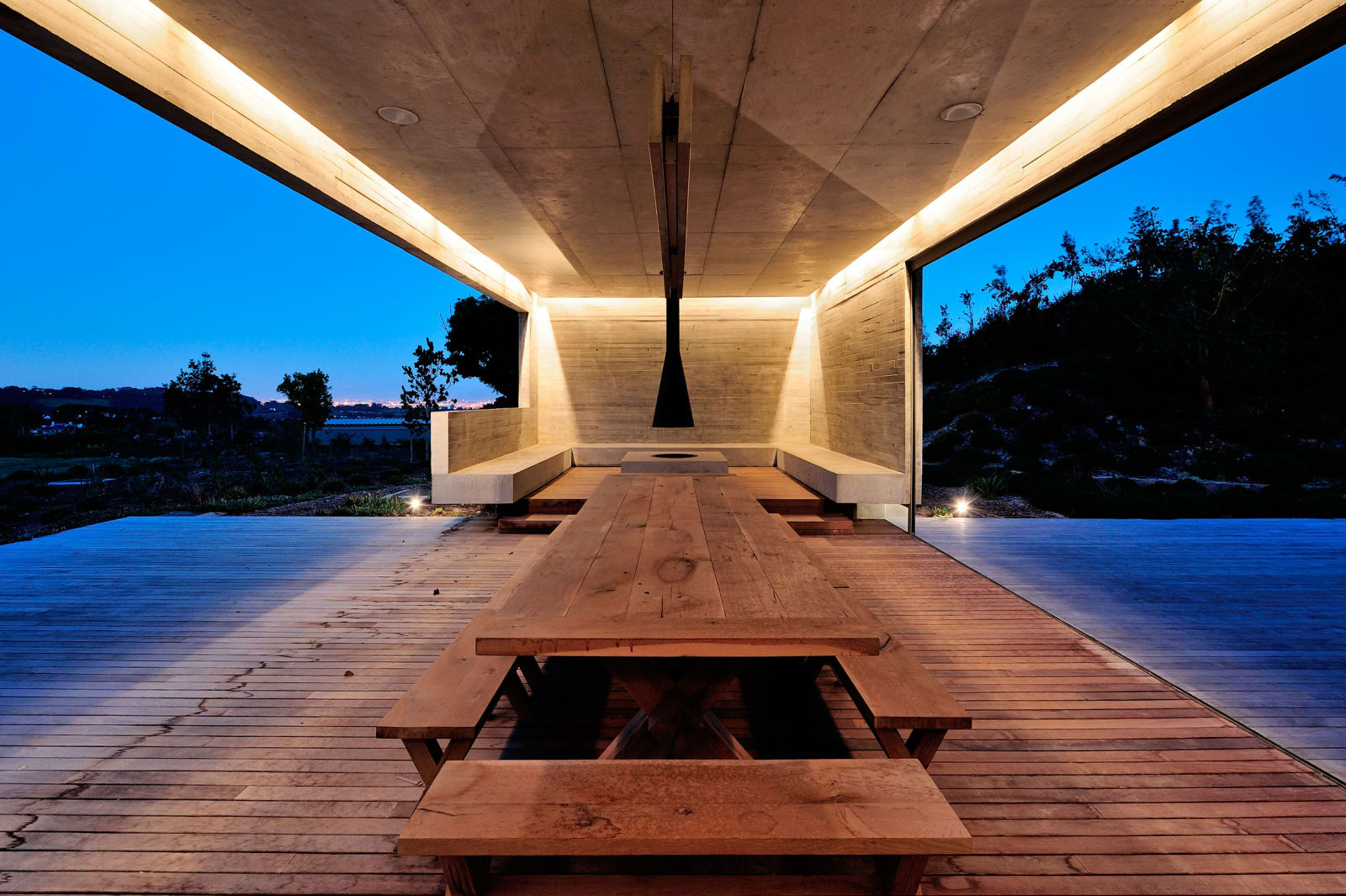 The pavilion attempts to address a complex question: how to create a meaningful dialogue with place when the surroundings are both de-natured and powerfully 'natured'. This requires that the relationship between architecture, nature and modernity is carefully considered.

The building is intended to be of nature: to contain a distillation of landscape which then allows it to be naturally contained by its surroundings.
We limited our consideration to the timeless, the simple, to charting the movement of the sun, the changing quality of light during the day, the mystery and magic of the landscape at night. To stillness, emptiness, possibility.
The intention is to say as much as possible with as little as possible and to leave as much as possible unsaid...

Concept
An abstract sculpture, which is a distillation of nest and tree canopy, floating over the flat plane of the garden.
The abstract form is neither purely aesthetic nor purely rational. It is conceived to be elemental, of itself, more of an object than a building, which can compete in its perceptual power with the strength of the surrounding natural landscape on the one hand and the artificiality of its immediate surroundings on the other.
The notion of change, the passing of time expressed through the day and the year, is tracked by a perimeter aperture which mediates an ever changing and subtle play of light on the rough concrete walls of the building. 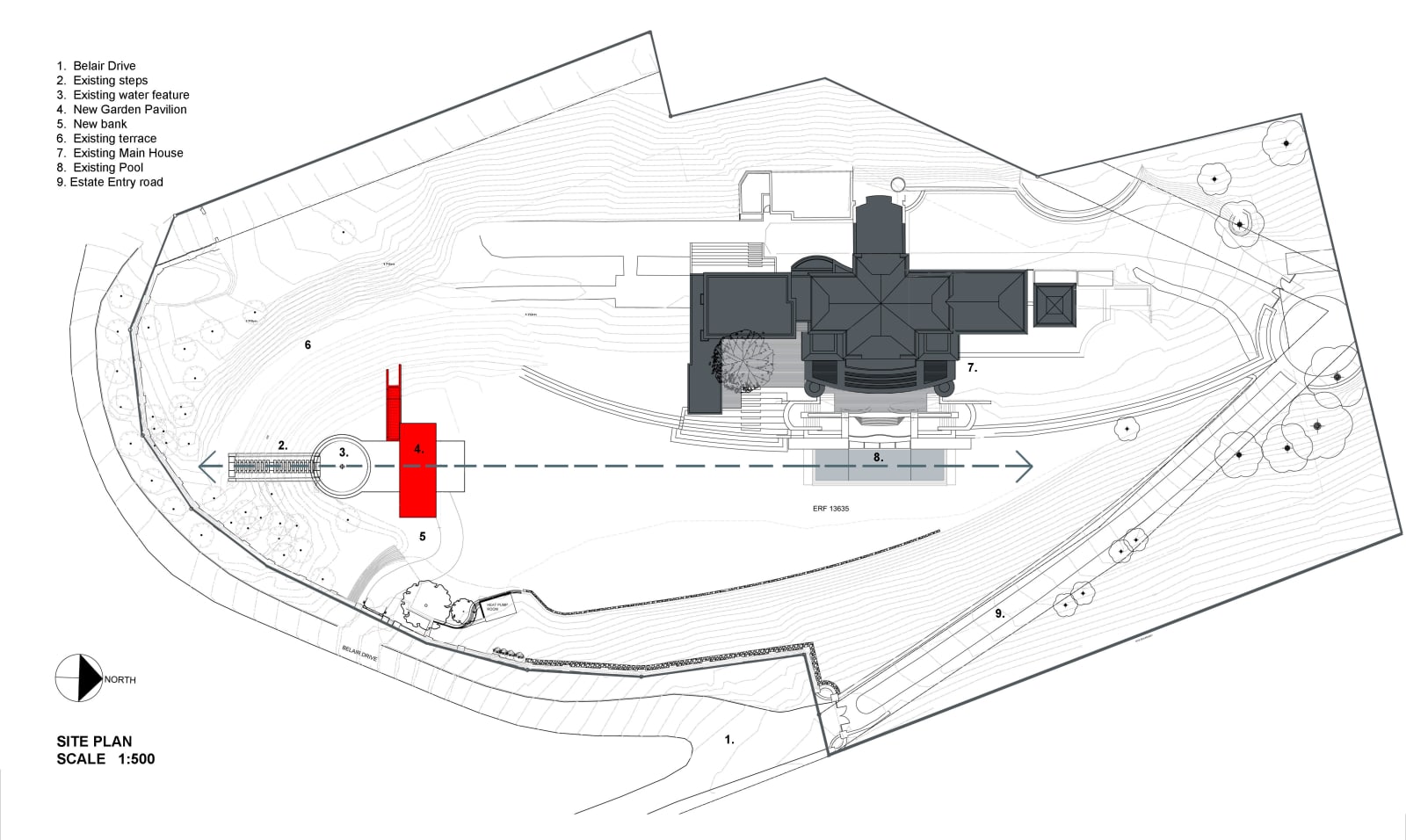 Organisation & Accommodation
The accommodation comprises a number of seating areas, both under cover and in the open and a barbeque area. A small kitchen, storage and bathroom block are included due to the distance from the house and complete a flexible entertainment place for individual and large scale gatherings.
The pavilion is arranged on intersecting axes. The major axis was an existing one between the existing water feature and the swimming pool. It is expressed by the timber floor plane and is really the axis which connects to landscape on both sides. The cross axis, is defined by the shelter and adjacent services block.
The placement of the building was calculated to create a series of outdoor places with different spatial qualities to allow for a layered and varied experience.

Structure & Material
The materials are minimal- concrete, timber and textured plaster. The entire canopy structure is of self-compacting reinforced concrete, with a Penetron additive. The shuttering was pine planking, planed all round. This smoother surface treatment was specified, in order not to disturb the overall unity of the form in the raking sunlight.