From the Architects:
Airport project will bring development and transformation along the major international route in the Country. The city of Nacala, located in an important international air route in Mozambique has the project of its airport signed by Fernandes Arquitetos Associados. The airport’s passenger terminal is the second largest of the country, with near 27,000 square meters. In addition to meeting the air transport demands of the African continent, the construction of the International Airport of Nacala, located in Nampula Province, is aimed to leveraging the privileged geographical location of the city (closer proximity to Asia, Middle East and Europe markets), which is an advantage to strengthen its role as an important global logistic center involving not only air, but also sea, road and railroad transportation.

The challenge
The major challenge and essential condition of this project was to conceive a “lean” structure, but that was also capable to meet all the demands of an international airport. The idea was analyzing and studying the future expansion of key areas, such as boarding and disembarking, in addition to the option of building a boarding connector and bridges, without changing the characteristics of the original project and with as less impact as possible on the passenger operations. For the project architect and founder of the office, Daniel Hopf Fernandes, another detail was the concern about the design combined with functionality. “This is a project with universal vision, which should attract people from the entire world. We can say that it is a mix of Portuguese and African cultures, in spite of being difficult to find only one thing to symbolize that,” says Fernandes. According to the architect, one of the key aspects of the terminal project was to making sure that the passenger flow was performed with speed and efficiency through the complex structure in a single floor.

The proposal
The building proposed by the architectural firm for the International Airport of Nacala was basically in the ground floor, including the operational facilities of the airport and the ones aimed to servicing the passengers. The general spatial division of Nacala Airport is distributed into 4 major areas: Check-in (lobby), Boarding area, Departure area and Mezzanine. These spaces include, in addition to the key areas, smaller supporting rooms to be used according to the specific needs of each sector, such as passport control, Customs and support to airlines.

The entire flow of users should occur from the center to the ends (wings), both at the entrance and exit, and the connection between the two wings will be made by the central lobby, comprised by the mezzanine, which houses the commercial areas and food, administration and operation services, in addition to the major waiting and living room of the airport. By providing view both to the “Air” and “Ground” sides, it’s possible to have total view of the indoor and outdoor areas of the airport, by using such space as a beautiful belvedere. Both wings are sheltered by a large roof, which connects different volumes. Maybe the roof is the key element in charge of identifying the project, as it is basically a single-floor building, of low gauge. The roof solutions and their volumes provides the “body” necessary to the building, especially to create indoor areas with wide ambiences, which explore the natural lighting and ventilation.

Such utilization of natural resources proposed by Fernandes Arquitetos is aimed to reducing the consumption of power related to artificial lighting and mechanical ventilation systems. In addition, the project includes rainwater collection and effluent treatment for irrigation of the green areas as one of its major sustainable targets. The total passenger terminal area will be approximately 15,200 m2. In addition to the Passenger Terminal, the airport complex is also comprised by Cargo Terminal, Control Tower, Maintenance and Runway Equipment buildings and the Fire Protection and Fighting Building.

The landing and take-off runway was totally expanded to enable operations with airplanes type Boeing 747. By providing capacity to receive up to one million passengers / year at the completion of works, the airport complex should become one of the major terminals for passenger and cargo connections in the African continent, dividing the importance only to the Airport in Johannesburg, South Africa. The work was a hallmark for the city and the country, not only for its strategic value, but also by its transforming and renewing role in a developing country, where virtually there are no buildings of such size. 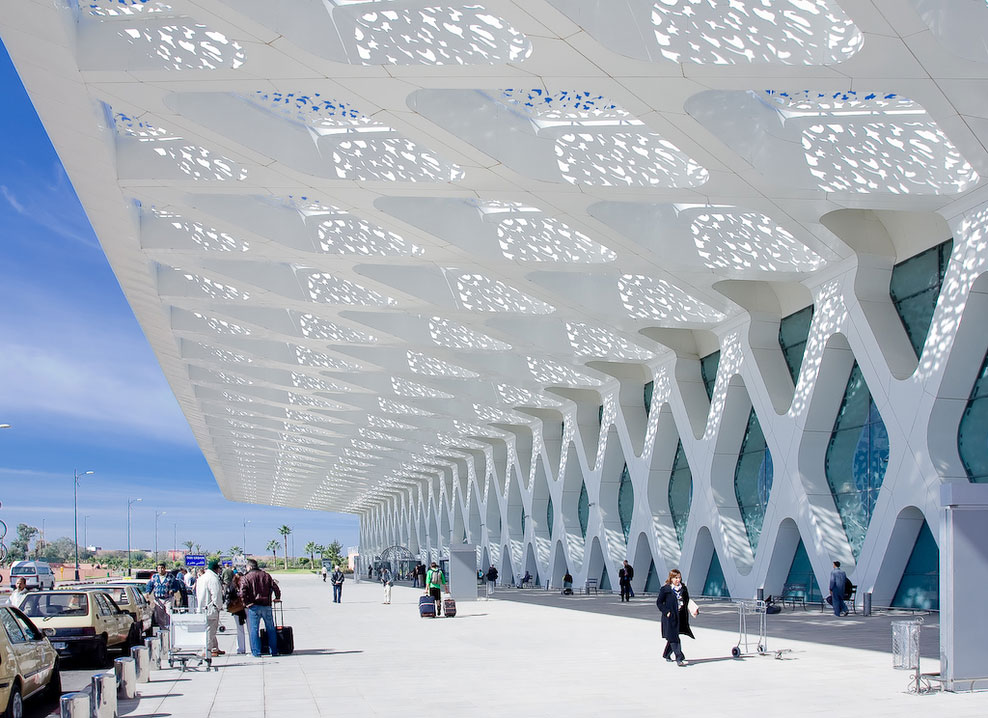