From the Architect
Angola has been undergoing a remarkable development process for the last decade, showing a significant economic growth and a progressive improvement in the quality of life of its population. It is a key country in the context of the African continent and an important regional power for the promotion of peace and prosperity in the region. Its capital city, Luanda, is a vibrant and cosmopolitan city, mirroring the new reality that is spreading to all of the country. 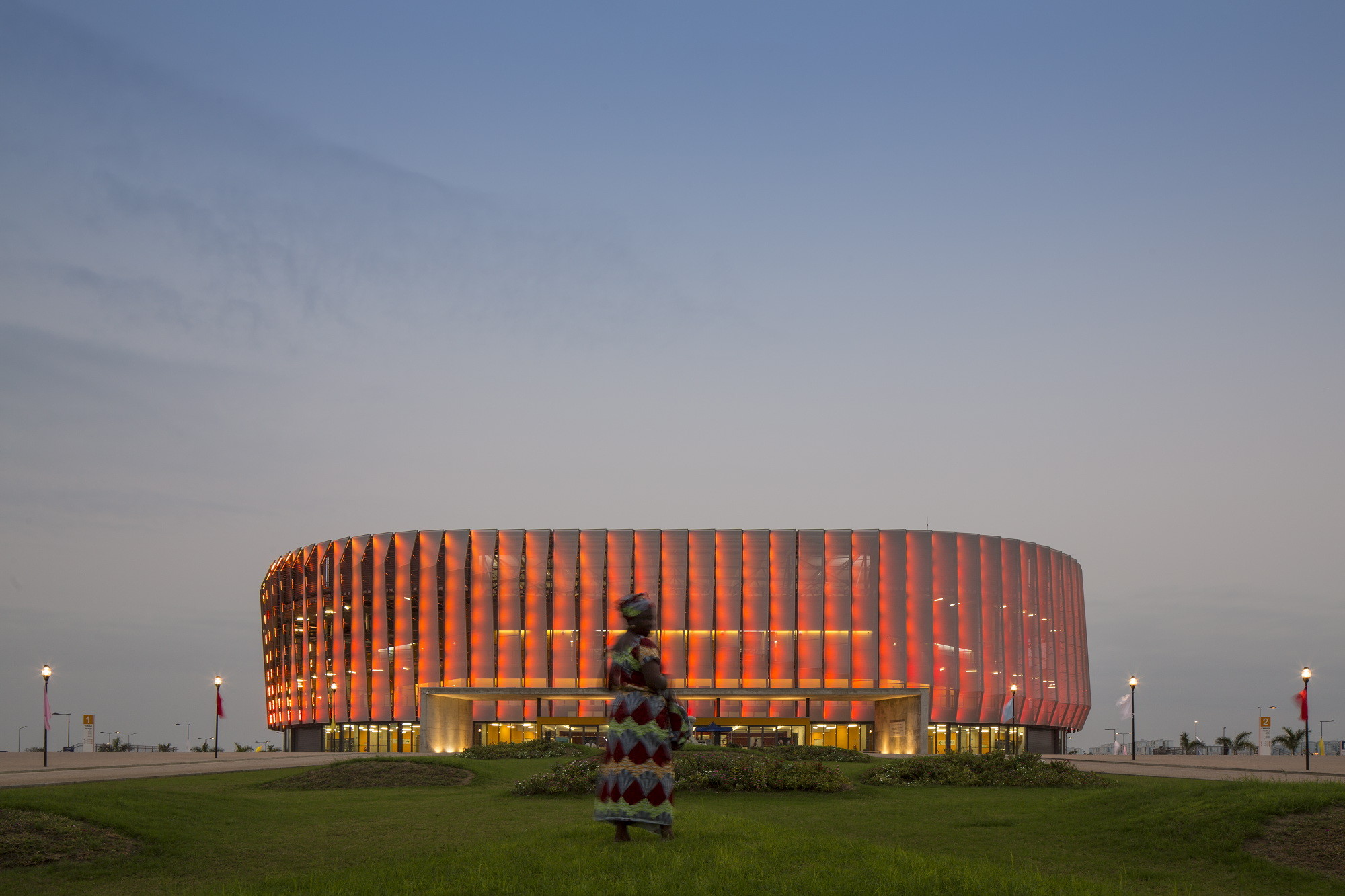 In this context, Angola was selected to be the first African nation to host the Rink Hockey World Cup in 2013, and the pavilion was designed as the main venue for the event. Alongside with the required capacity for 12000 spectators and the iconic character that the building should have as the main symbol of the event, several other concerns were taken into consideration in the design, such as: 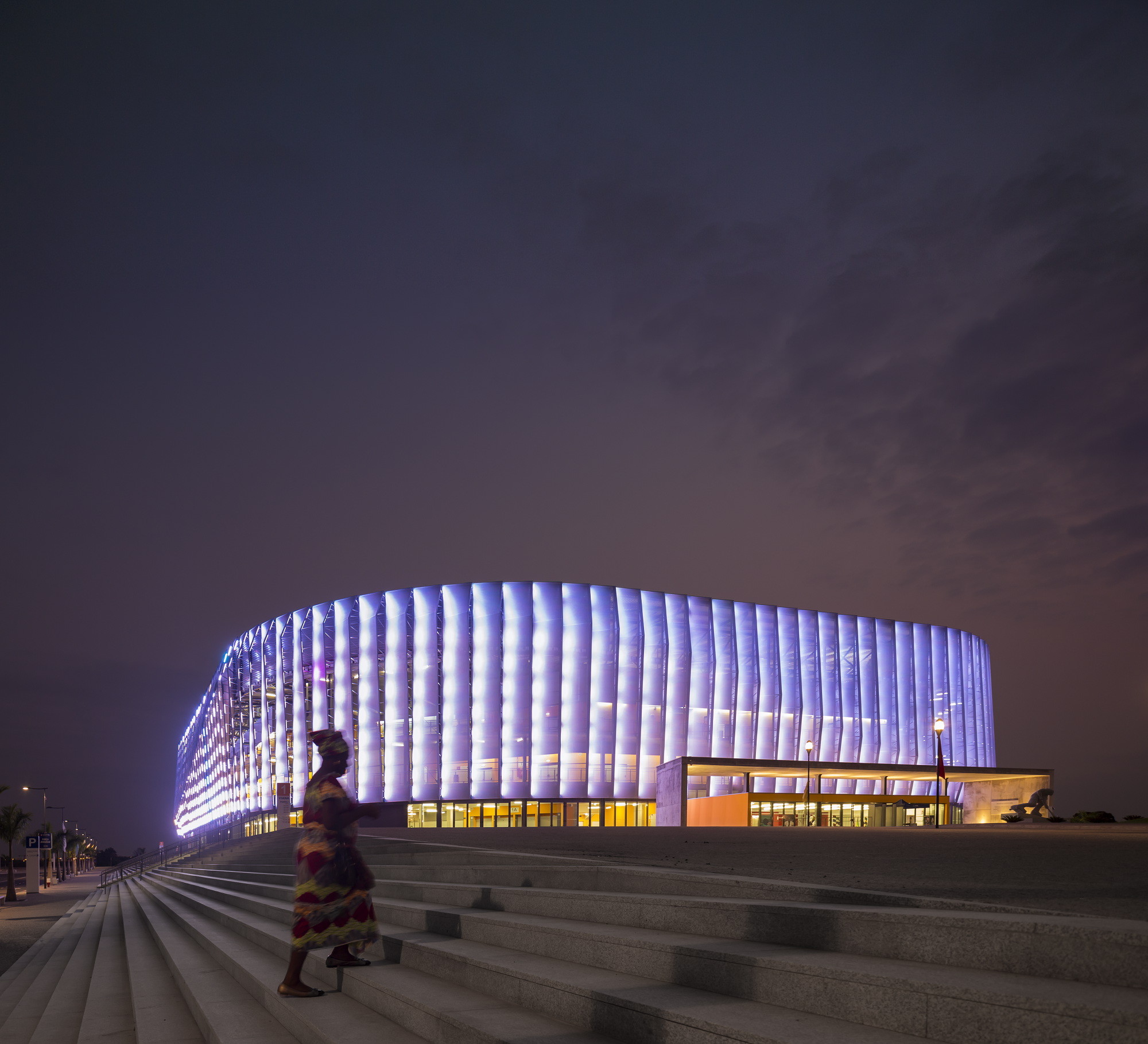 The time and budget constraints, which led to an effort of optimization of the design, making extensive use of low cost, modular elements that could be outsourced and quickly assembled on site; The need to accommodate different sports events, multiple training fields and other kinds of events besides sports, which led to the partial use of retractable seating, in order to allow a wide array of layouts; The international safety and comfort standards required for a venue able to host world class events, in order to ensure the best viewing conditions for spectators, all the auxiliary facilities, and easy and intuitive circulations, both in normal conditions and in emergency situations; The energy efficiency, by maximizing the use of passive solutions for cooling and ventilation of the arena and main public areas. 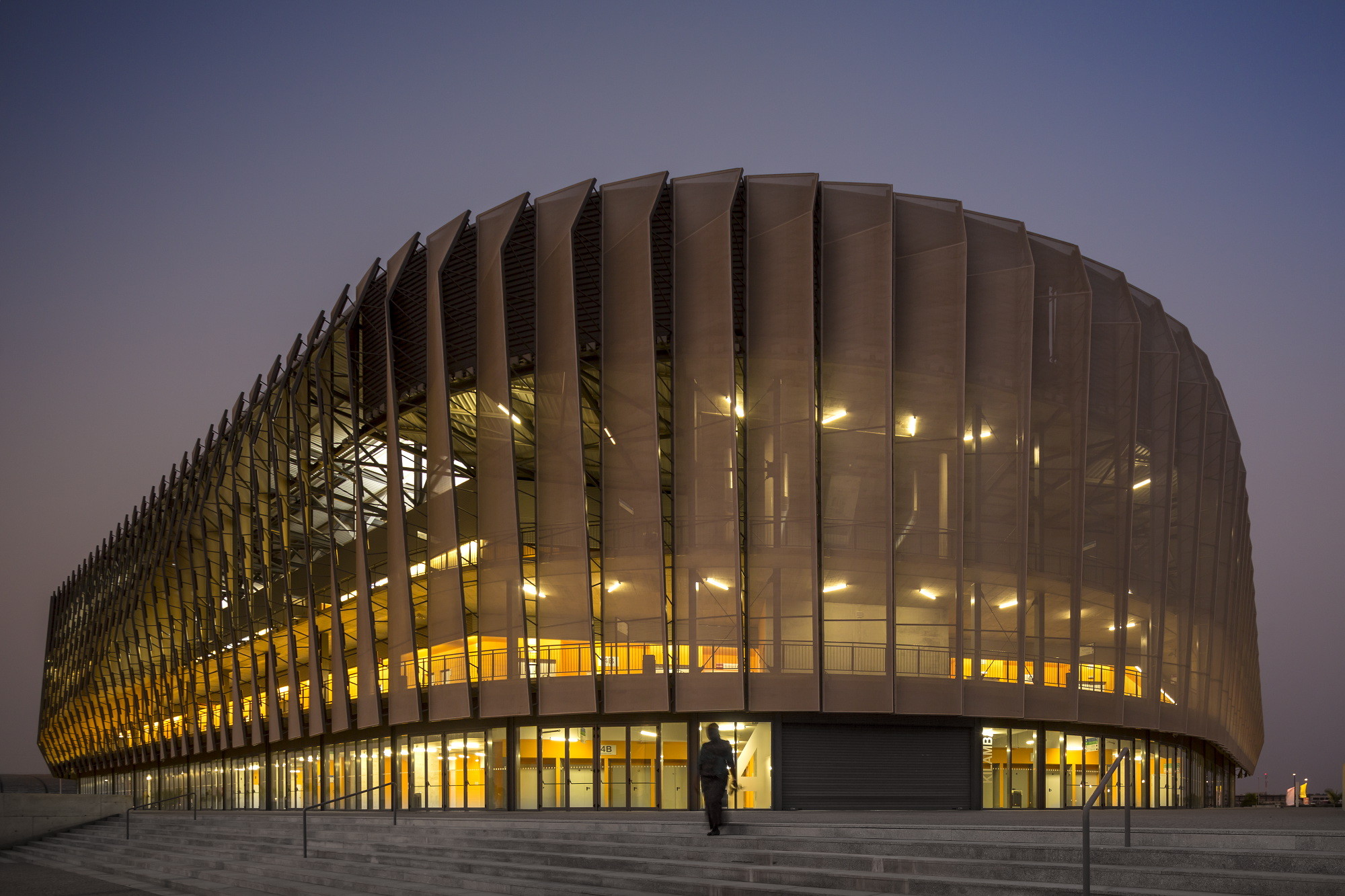 The main goal of the design process was, thus, to search for the most efficient and cost effective response to these concerns, making the aesthetical options as a logical consequence of the technical and functional aspects.
The building is organized in 4 levels, the lowest one being underground and housing all the technical areas and auxiliary spaces for the sports events, such as locker rooms and training areas for athletes, storage, parking and safety exits from the arena. This level is shaped like a stepped podium on the outside, allowing easy access to all the perimeter of the building at ground level.

The ground level is extensively glazed and concentrates all the public entrances and the main circulation gallery - a ring surrounding the arena - giving access to the grandstands and to all their auxiliary spaces. Two thirds of the grandstand seats are accessible from this level, without any need for the use of staircases or lifts. The rest of the grandstand seats are located on the second level, and are accessible by staircases going up from the gallery. The first level houses all the VIP and media areas, and is accessible directly from the outside, with the VIP entrance being marked as a box protrusion on the main façade. 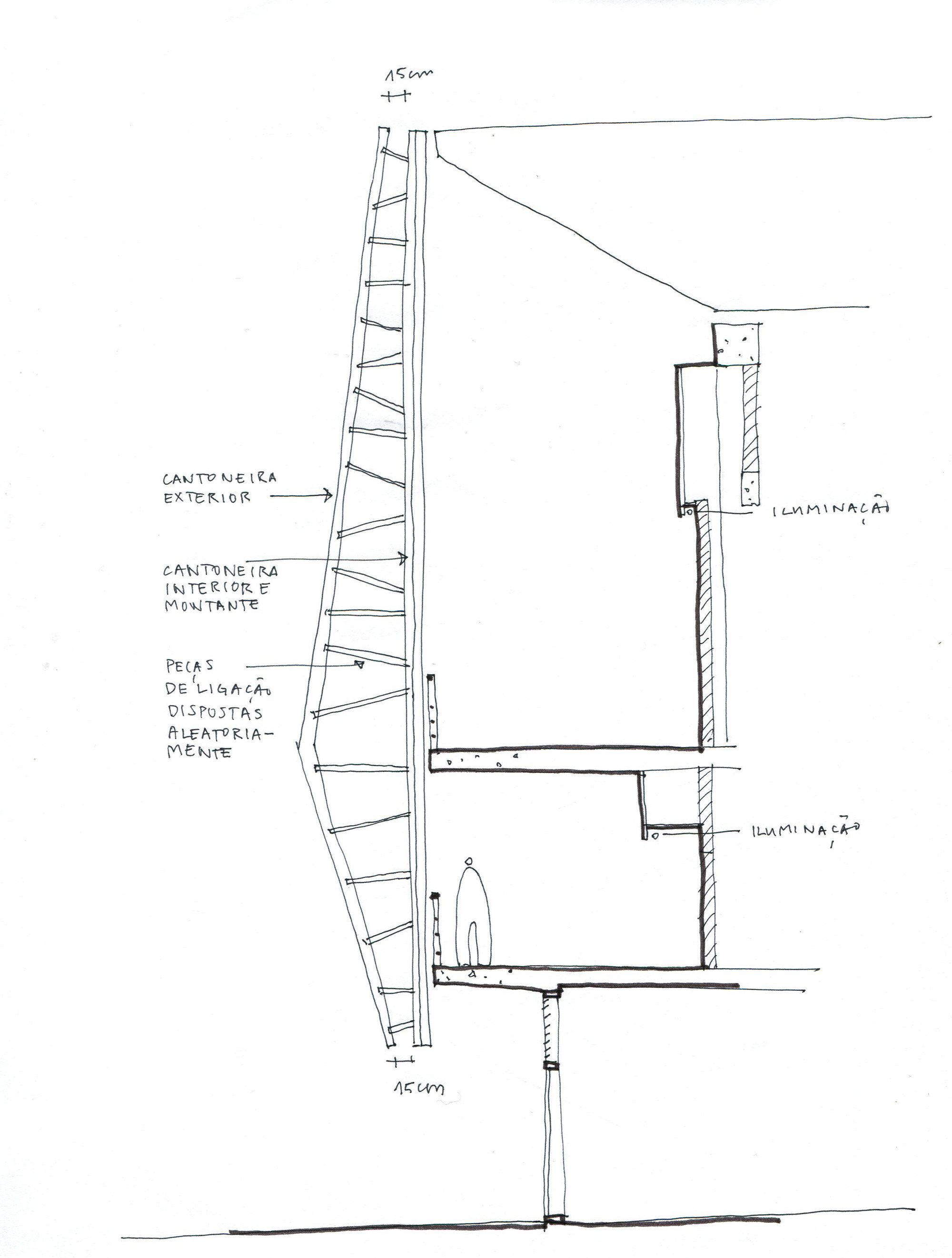 All the horizontal circulations of the upper levels of the pavilion are organized as peripheral external galleries. The climatic characteristics of Luanda make this solution possible, reducing the energy consumption that an enclosed solution would imply, and using the galleries as an active element in the natural ventilation of the internal spaces and as a first line of protection against the elements. 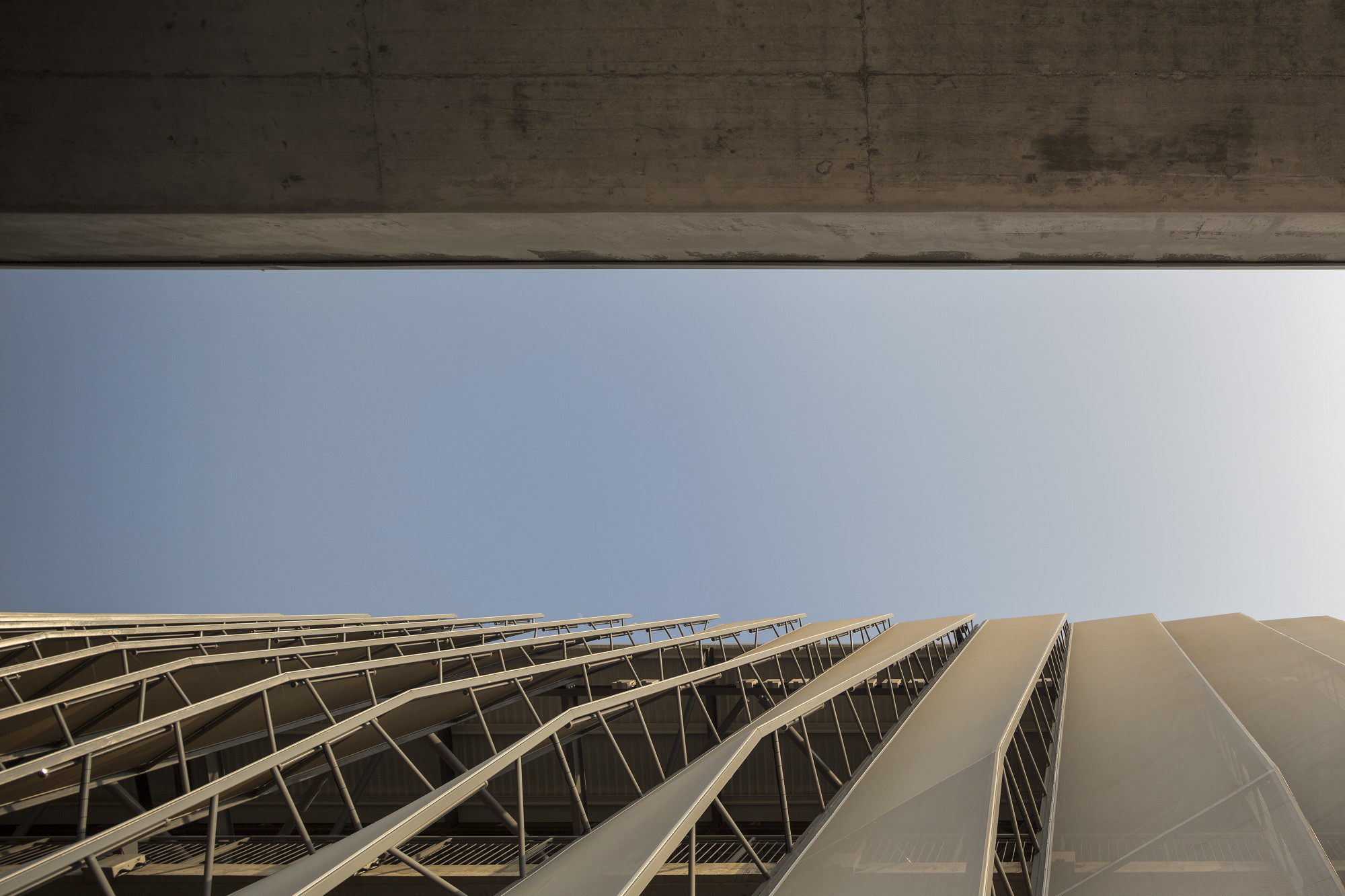 In order to ensure the effectiveness of this solution, we needed to guarantee the shading of the galleries and to reduce their exposure to wind and rain. For that purpose we developed modular elements, comprising a metallic structure that gives support to a tensioned perforated canvas – the so called “sails”. 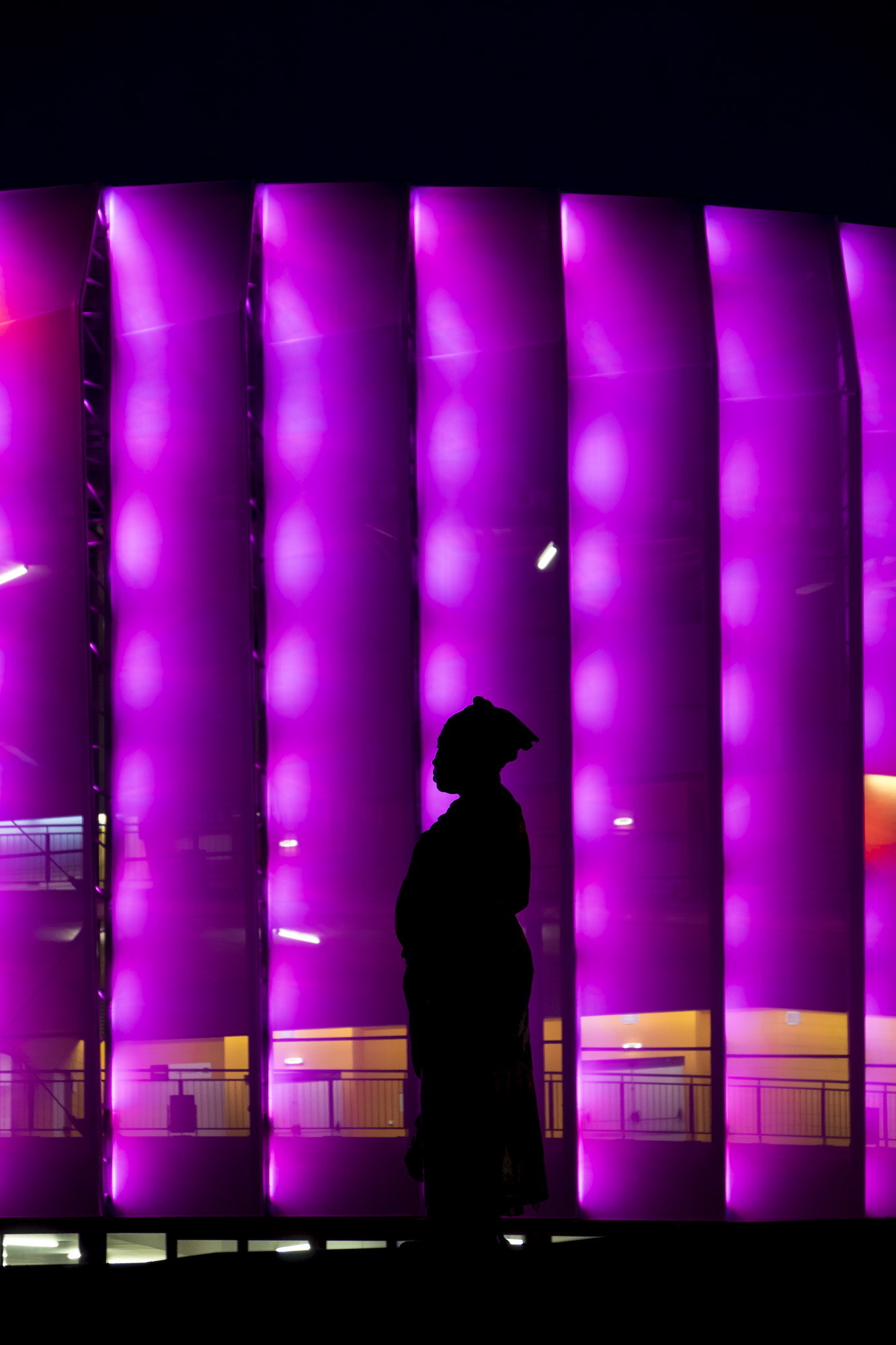 Their modularity is, however, animated by the placement of these elements as “scales” that, according to the different angles from which they are observed, seem to be isolated entities and expose the interior space, or overlap each other, hiding it. This effect is complemented by the addition of a vertex to the outer edge of each element, and by the variation of the height in which it is placed. This results in an undulating pattern that seems to envelop the entire pavilion. 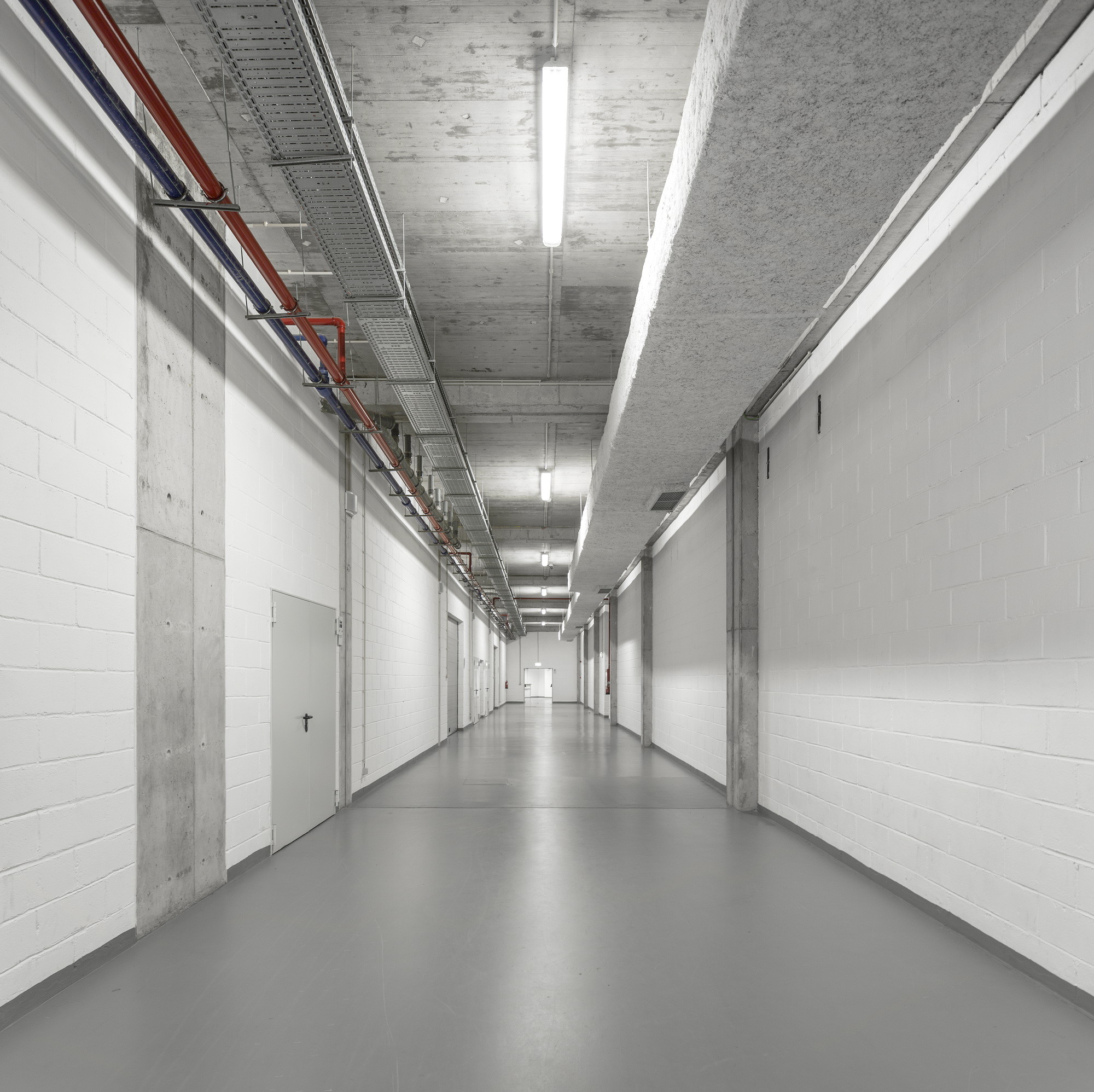 The LED lighting that these elements received further reinforces this formal effect at night, with varying color and intensity, giving even more expression to the iconic character of the pavilion.