From the Project Architects:
The Kaedi hospital comprises of a 120 bed extension to a regional hospital in the frontier town of Kaedi serving the remote population of Gorgol province in Southern Mauritania. The finished building is the result of an extensive process of research into the manufacture of building materials from locally-available resources, and subsequent investigations into a variety of appropriate structural systems using these materials. The design is therefore one which was effectively developed on-site over a number of years, as part of the shared experiences of architects, engineers, masons and brick-makers; many of the latter were trained in the new techniques during the course of/he project, in the hope that the techniques could be replicated elsewhere in the area. The built form, although directly derived from the local tradition, makes effective use of local resources and skills. While demonstrating a radical new departure, in terms of process and form, for a public building in this context, the building ¡s one that is both widely popular and functionally effective.

From AKDN Award Citation:
Kaedi is located in a remote sector of Mauritania, near the border of Senegal. Its hospital serves a rural population. The extension adds 120 beds to the hospital, an operating theatre complex, paediatric, surgical and ophthalmic departments, a maternity and general medical unit, a laundry, kitchens, storerooms, a garage, and a workshop.

The architects were not to replicate the earlier hospital's conventional concrete-frame buildings; their brief was to house the planned facilities by developing new low-cost techniques of construction employing local materials and skills, that would be applicable to other building types within the region. All workmen were local, trained on the site to perform the new techniques.

Although the use of brick is not a part of the local vernacular, the architects chose to develop a structural vocabulary of hand-made brick, fired in kilns built near the source of clay. The structural repertoire that emerged, after on-site experimentation with a number of domes and vaults, included simple domes, complex domes, conventional half-domes, pod-shaped spaces, and self-supporting pointed arches which form winding circulation corridors.

The overall plan for the hospital extension was derived from these forms. Adequate natural light enters the complex through glass blocks set into the brickwork and from interstices left between the brick arches. The response of both doctors and patients has been positive, and the community takes pride in the fact that the medical facility was built by their own people. The jury believes that the innovative construction techniques introduced may have wide significance, particularly since the successful functioning of the hospital should encourage similar initiatives elsewhere. 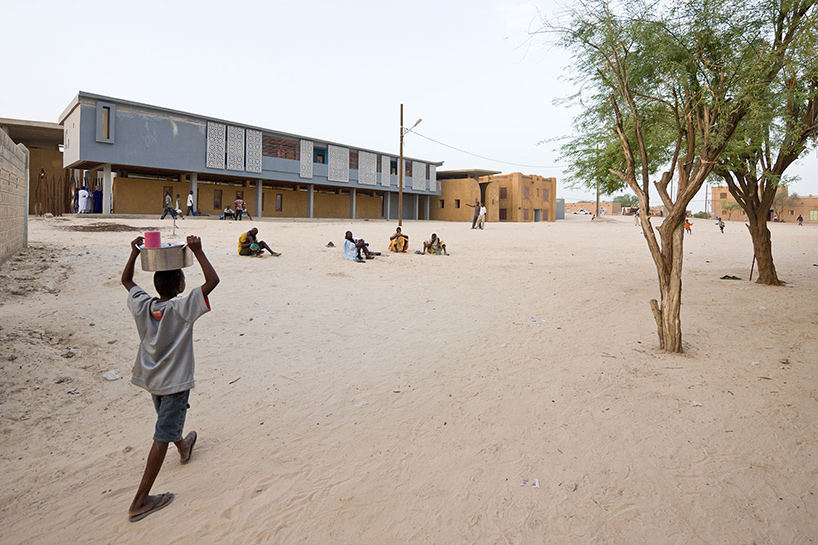