Tabanlioglu Architects have released plans for the new Marrakech Congress Centre in Morocco in a design that continues with the firm's tradition of pattern based architecture. The design follows an authentic ideology of incorporating culture and identity into the busy city, southwest of Rabat. Living Culture Marrakesh is a major city of Morocco. It is the fourth largest city in the country, after Casablanca, Fes and Tangier. It is the capital city of the mid-southwestern region of Marrakesh-Asfi. Located to the north of the foothills of the snow-capped Atlas Mountains, Marrakesh is located southwest of Tangier, southwest of the Moroccan capital of Rabat, and south of Casablanca. Marrakesh is one of Morocco's four former imperial cities that were built by Moroccan Berber empires. 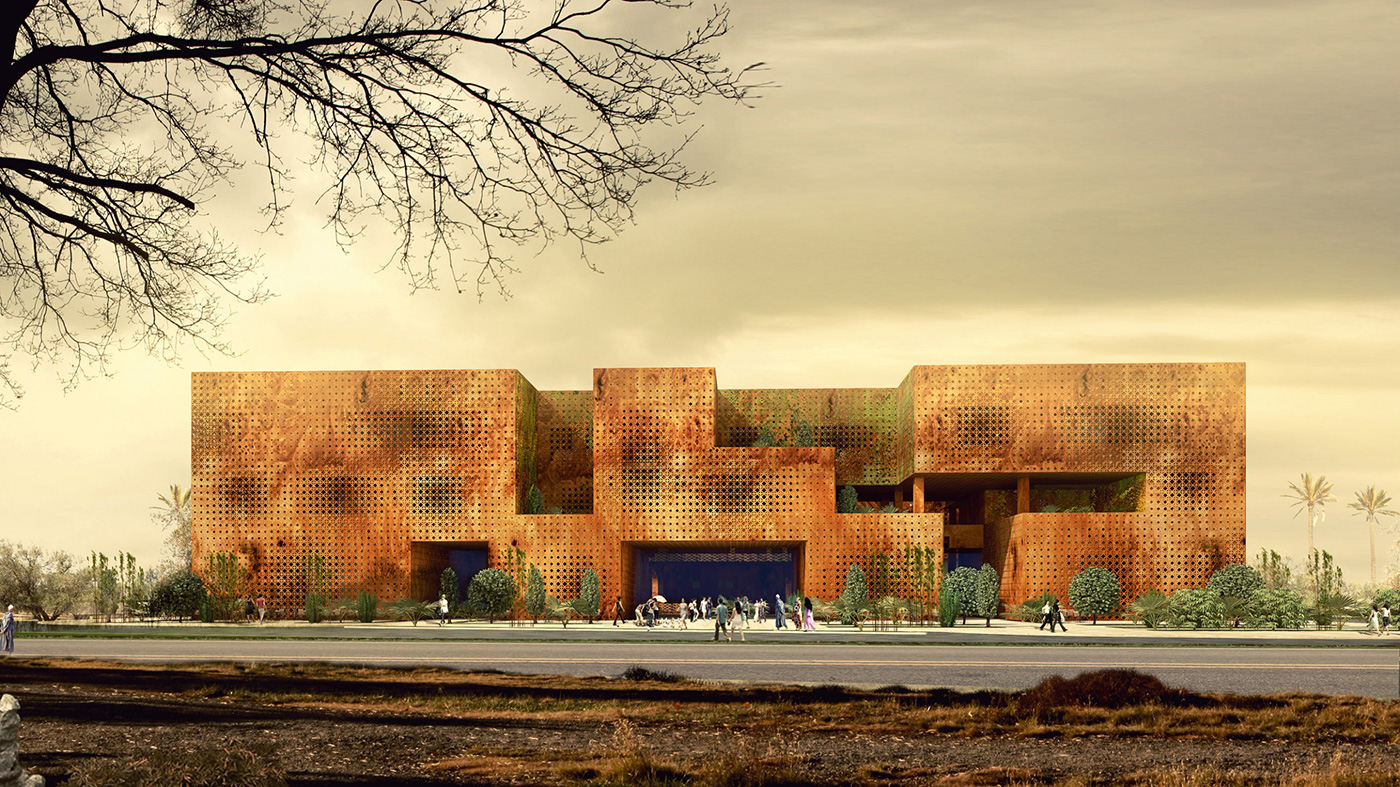 The region has been inhabited by Berber farmers since Neolithic times, but the actual city was founded in 1062. Madrasas (Koranic schools) and mosques built under Andalusian influences in the 12th century. The red walls of the city and various buildings constructed in red sandstone during this period, have given the city the nickname of the "Red City" or "Ochre City". Like many Moroccan cities, Marrakesh comprises an old fortified city packed with vendors and their stalls (the medina), bordered by modern neighborhoods. Marrakesh grew rapidly and established itself as a cultural, religious, and trading center for the Maghreb and sub-Saharan Africa. Today it is one of the busiest cities in Africa and serves as a major economic center and tourist destination. 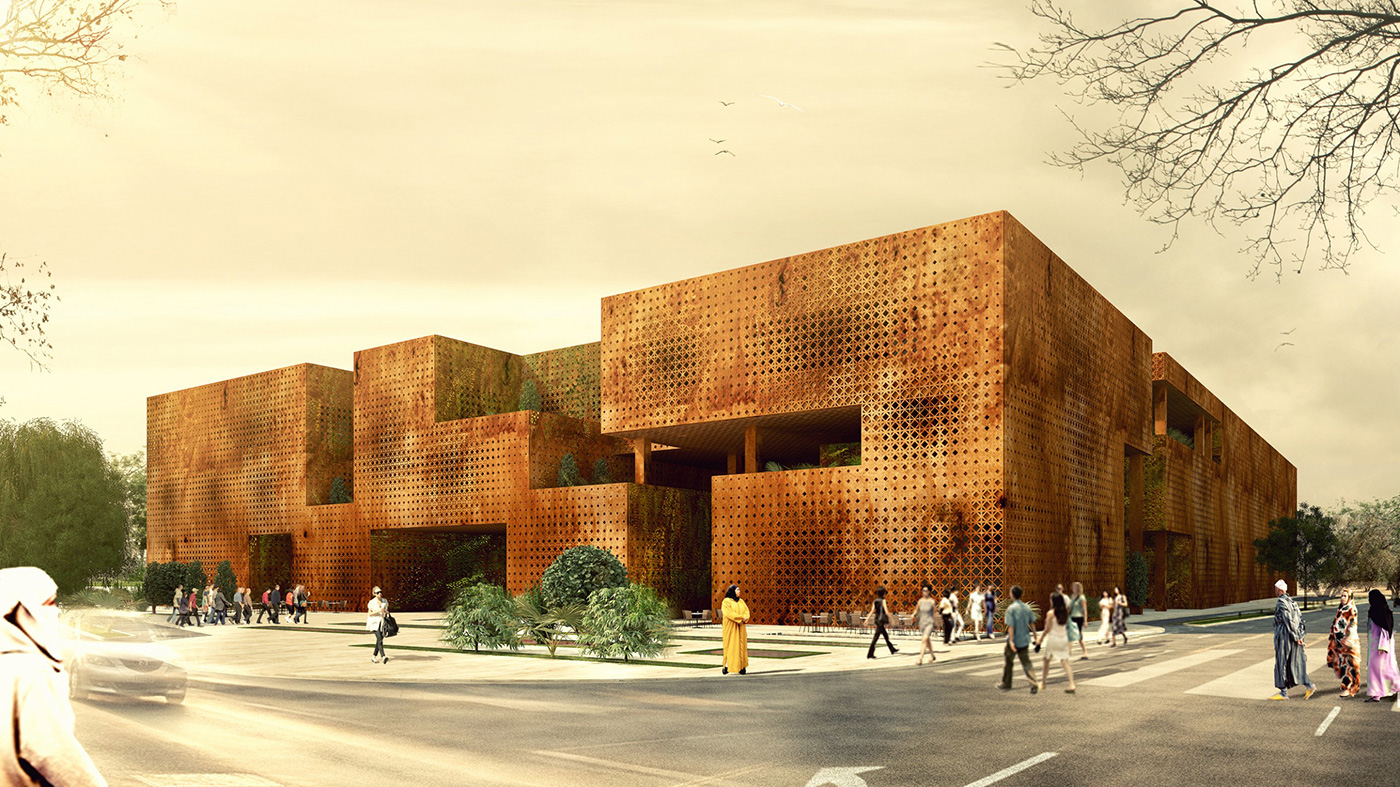 From The Architects
Respecting site’s history and texture, the congress center preserves essence of local values in terms of material use, patterns, colors and use of space. The project, basically housing a main conference hall, emerges from the inside out, and becomes a sheltered place of uniting international representations. Strong in/out relation provided by transparency, integrated spaces and through inner gardens and patios. 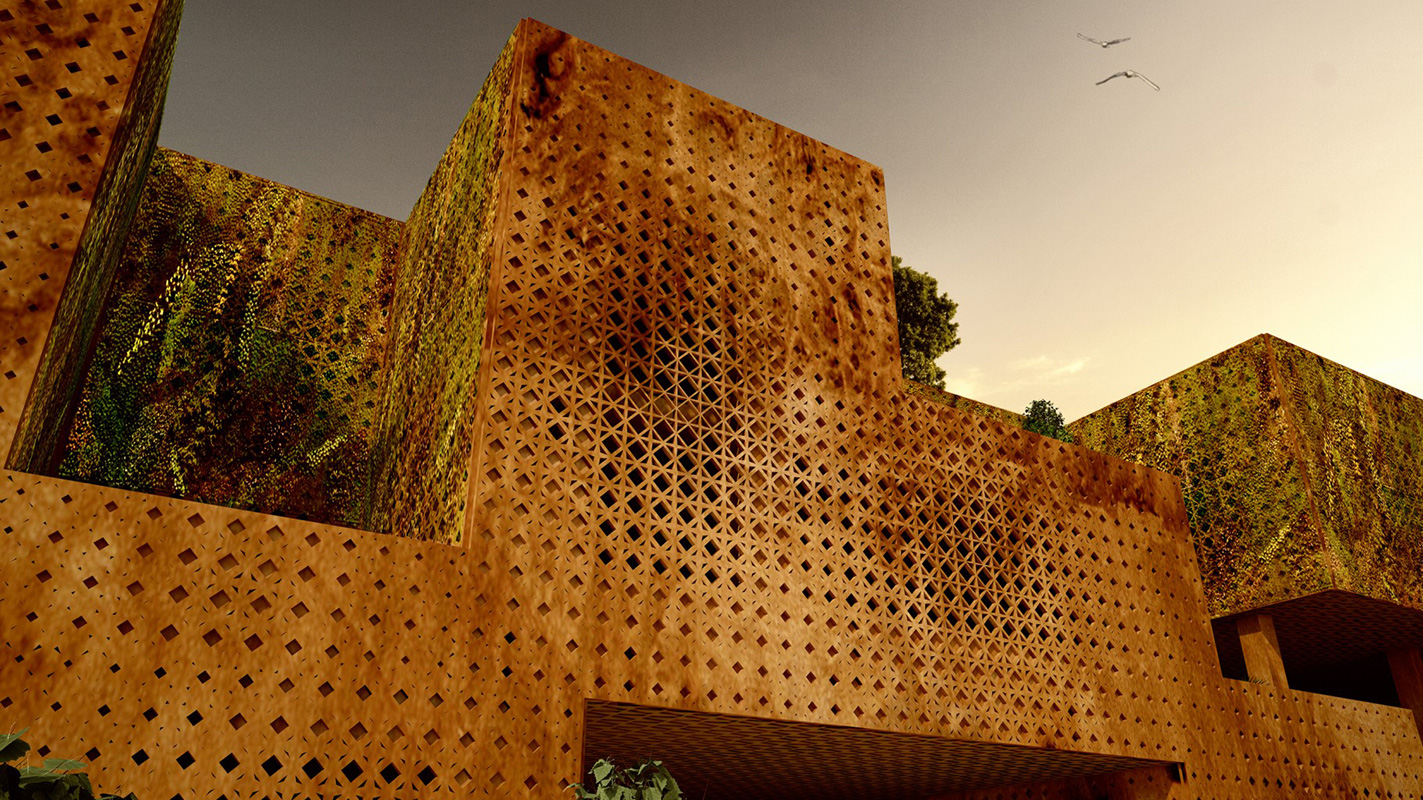 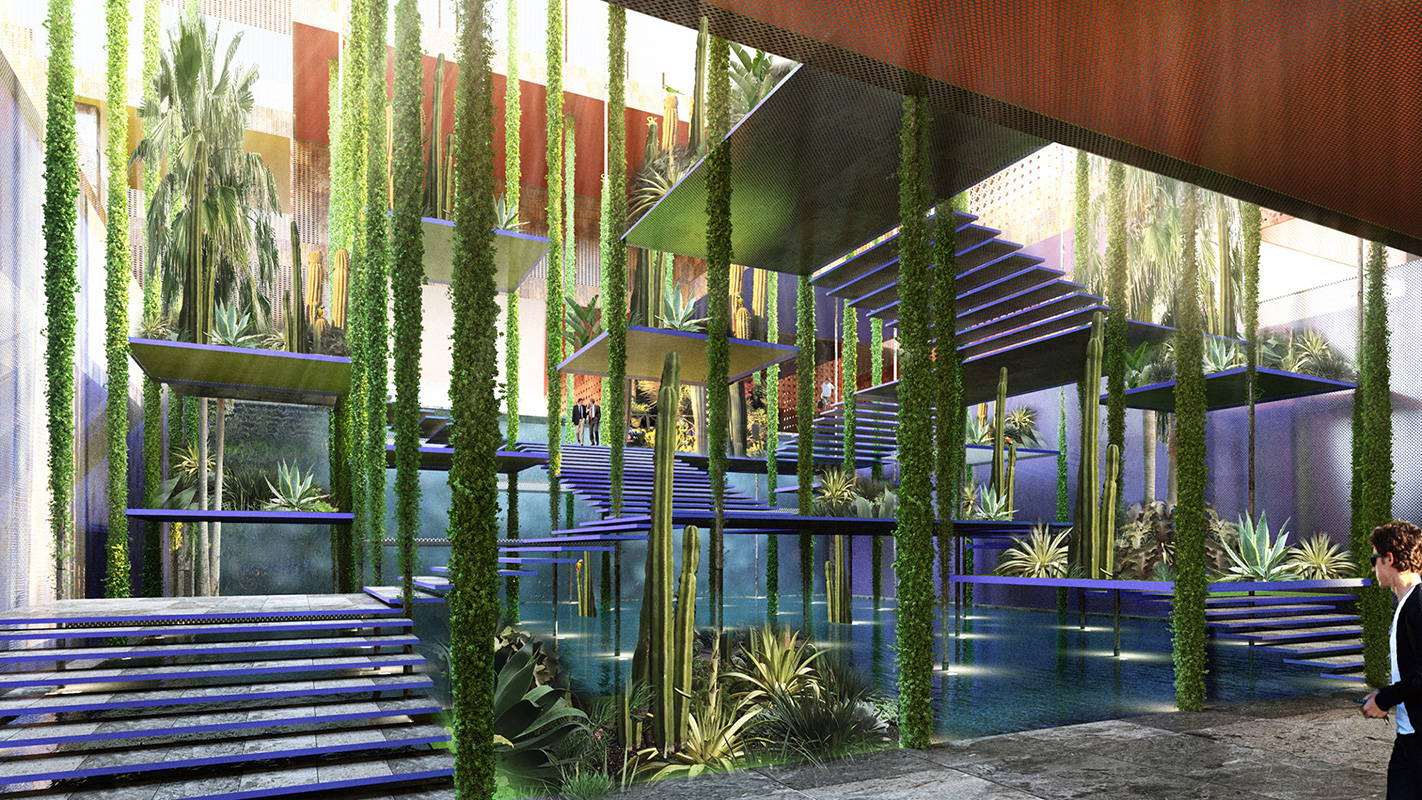 During different hours of day, light shifts and plays across interior spaces and gardens creating a serene and natural environment, and imbues a hue while granting natural climate control system. Indentations create gardens at upper levels and form unique modules, so spaces distinguished from outside. 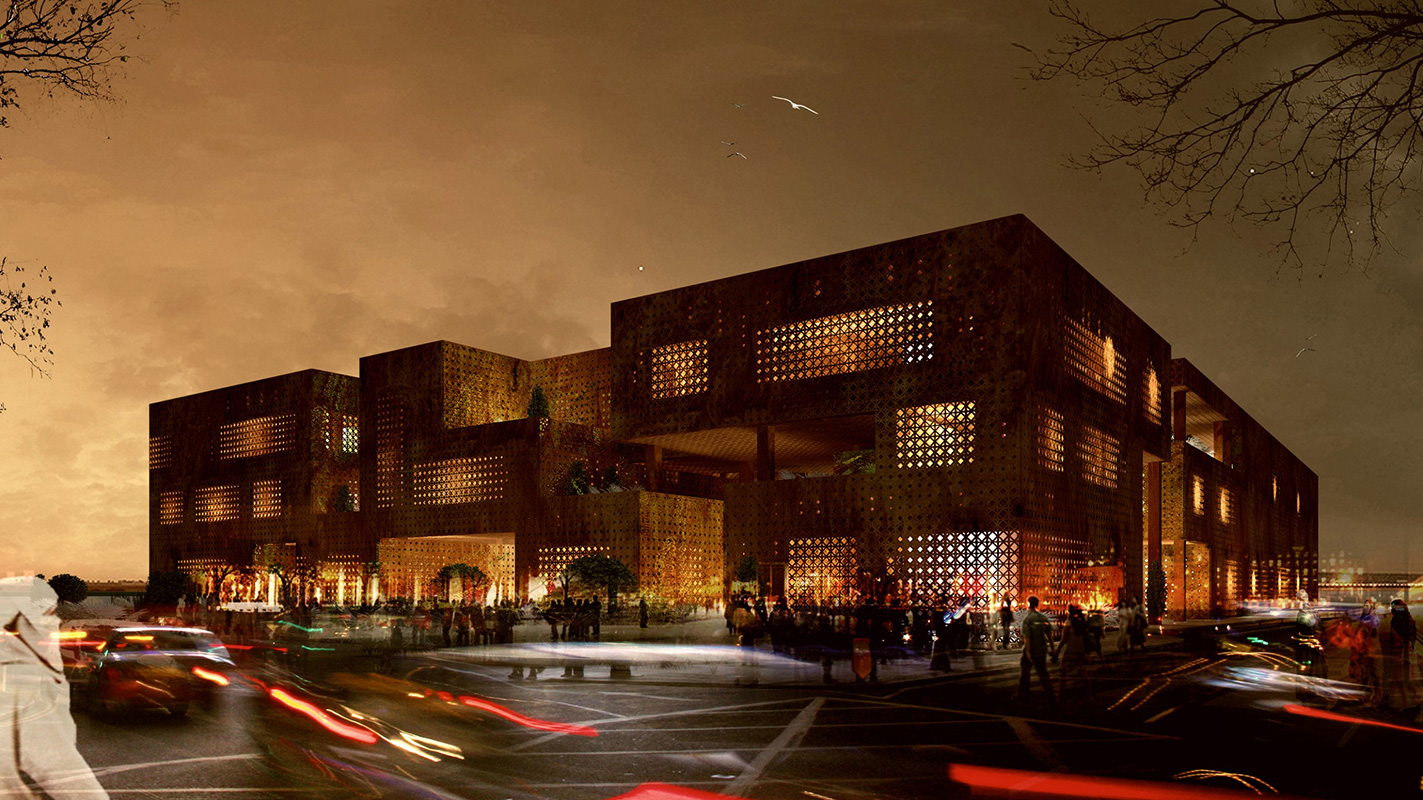 Dynamic interior flow is initiated with the landscaped inner patio/atrium on the ground floor which is visible since the entrance of the building which is made through porticos, the middle one being the sublime port that is also a reference to striking local doors of Morocco. 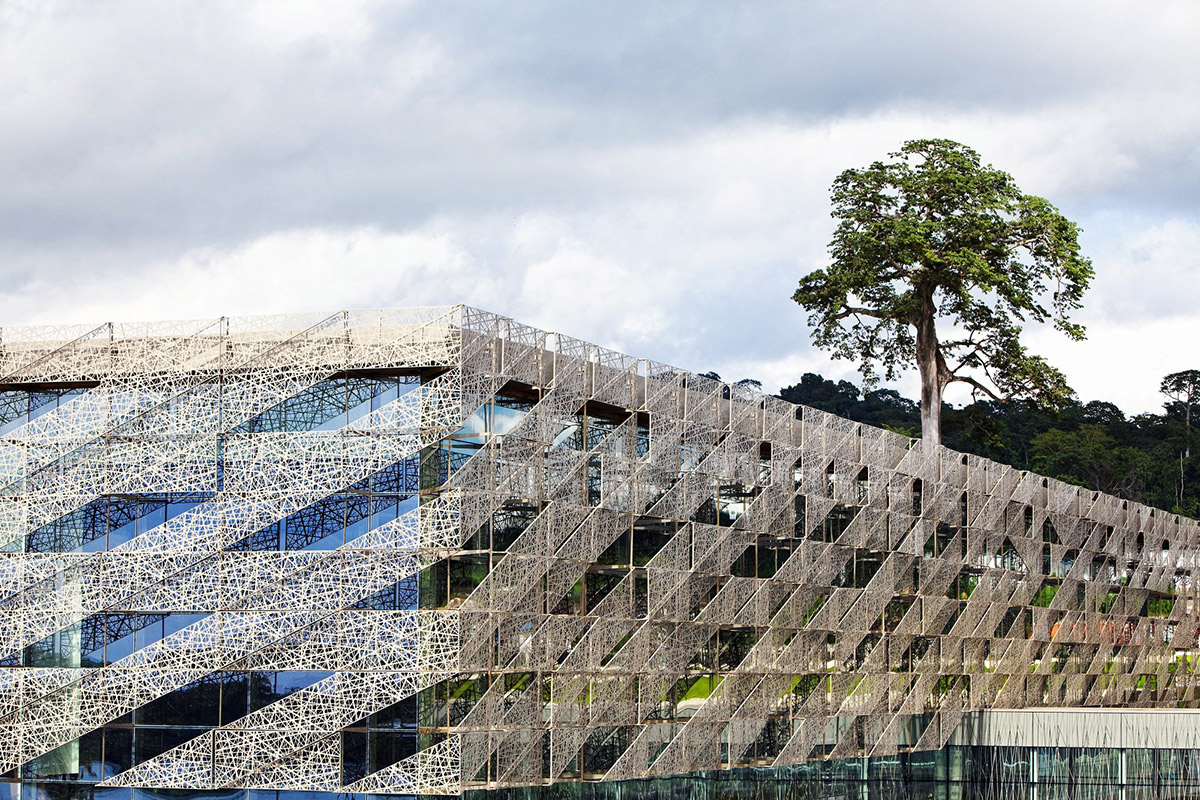