Located near the Swartberg mountains on the edge of the Great Karoo desert in South Africa, this four-bedroom home, designed by Openstudio Architects, falls into step with its surroundings. Built using local materials, the sturdy lodging embraces the diversity of its environment and encourages its inhabitants to exist in harmony alongside nature. Swartberg House can be found near Prince Albert, a picturesque town at the foot of the Swartberg Pass, a dry stone road built in the late 19th century. The owners of Swartberg House, publisher David Jenkins and Openstudio founder Jennifer Beningfield, wanted a home that was in tune with the changeable weather of the location and usable year-round, in order to fit its purpose as a holiday home. 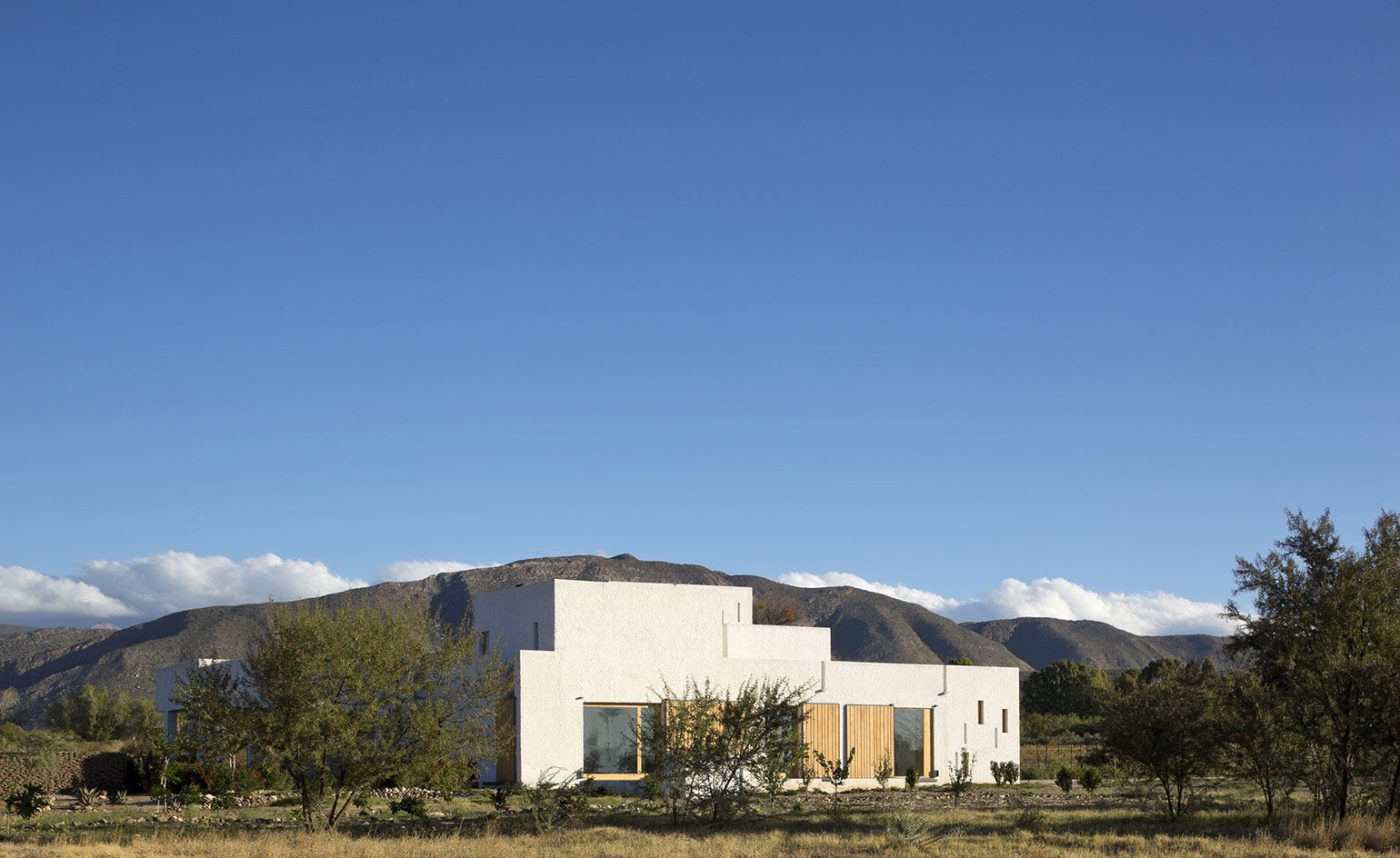 A passive temperature regulating system specified in the brief largely dictated the design. Huge openings with sliding timber shutters were built into the main living spaces, positioned to interact with the sun. The shutters are a shield from heat in the summer and a sun-trap in the winter, warming up the dense brick floors. Maintaining the traditional styles of the area, Openstudio employed local builders and used techniques typical of Karoo architecture, including brick-on-edge floors, roughcast lime-washed plaster walls and the outdoor dry stone wall which encloses the pool. 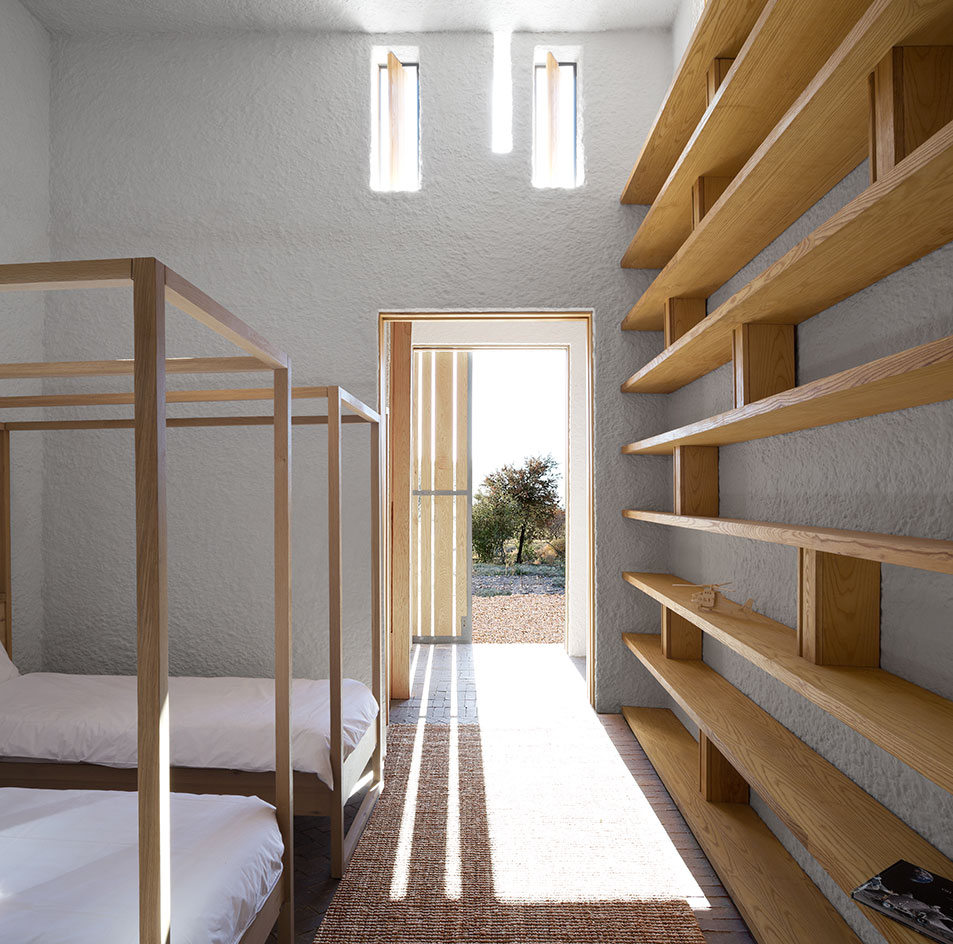 Aligning the shape of Swartberg House to the undulating forms of the mountains, Openstudio created varying room heights within the two-storey plan. The highest space is the ground floor living room opened up for increased ventilation. Outdoor spaces have also been thoughtfully designed. The two upstairs bedrooms open up onto the roof terrace, where a fire circle and seating protects from direct sun and harsh winds. The stoic building is sensitive and reactive to night and day, as well as seasonal shifts. Walls are scattered with thin windows to bring in shafts of light yet keep temperatures regulated, while at night LED lights concealed around the windows imitate the flow of daytime light into the house. This sensitive home is an intelligent response to both its location and the desires of the owners to co-exist with nature. 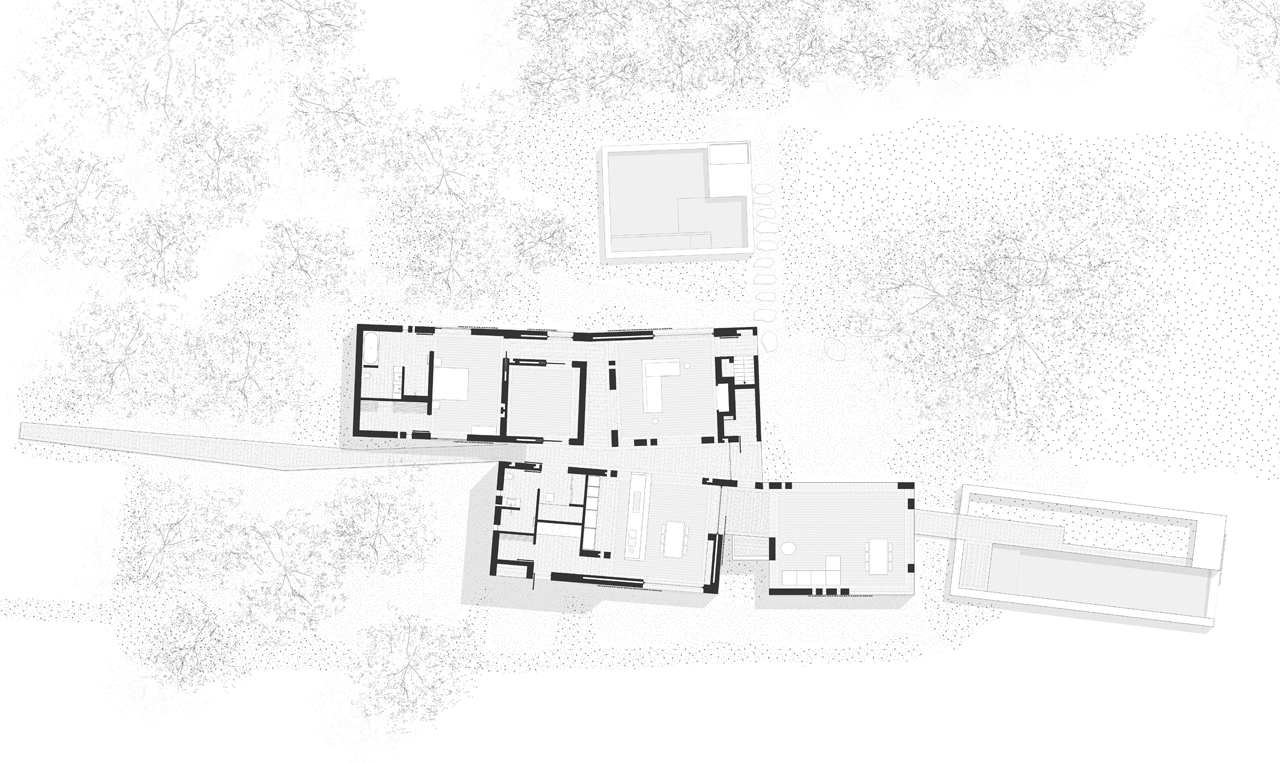 From the Architects:
The desert house on the edge of the Great Karoo in South Africa meets the mountain and sky with an uneven profile that suggests its inherent flexibility. Internal spaces are differentiated by views and volume and allow heat to dissipate and wind to cool the house. 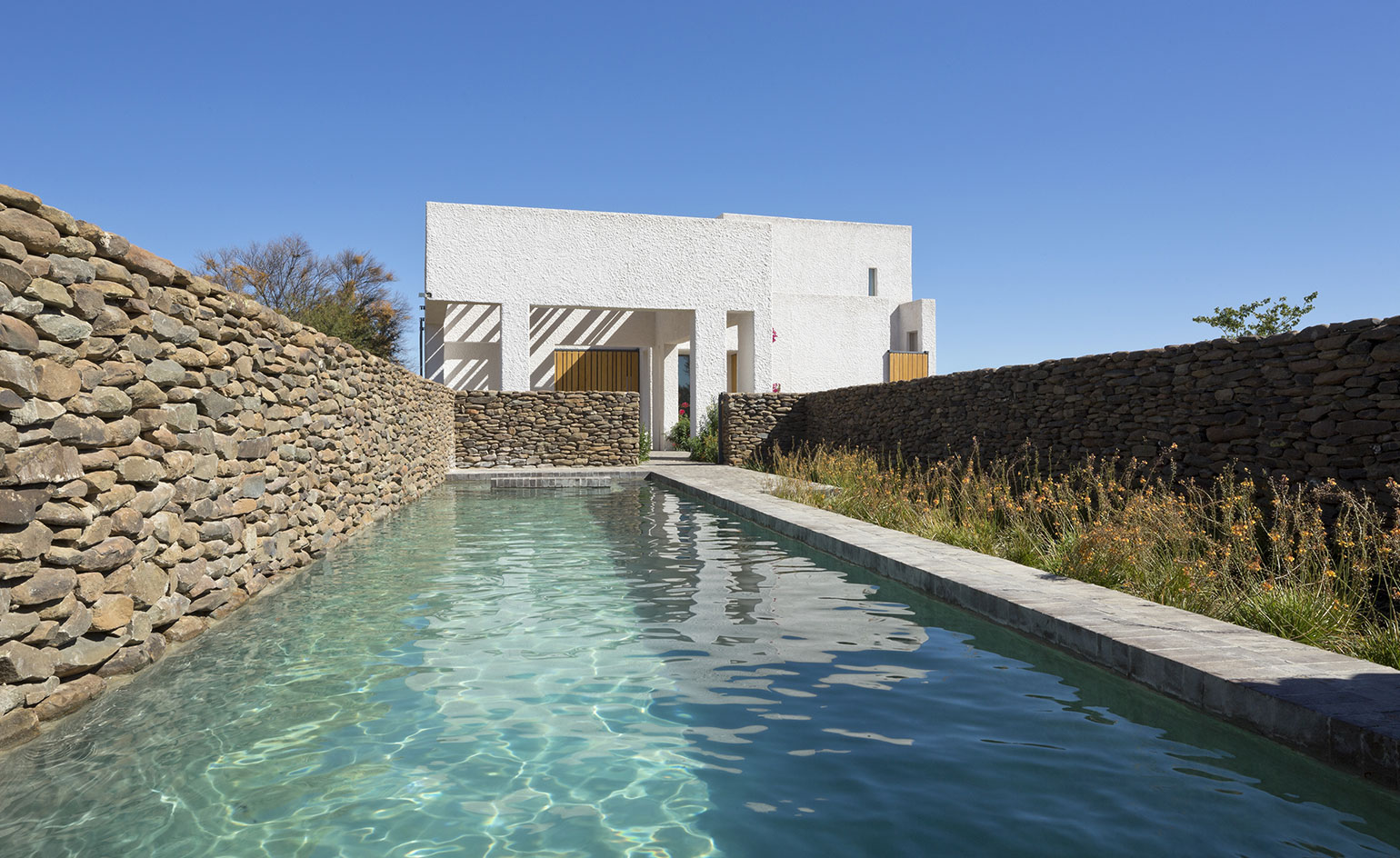 The day/night, light/dark character of the house is emphasized by the large glazed doors, which slide into rough-cast plaster walls, and small scattered openings, which allow shafts of light to penetrate into shadows, and follow the positions of stars in constellations visible from the upper roof terraces. 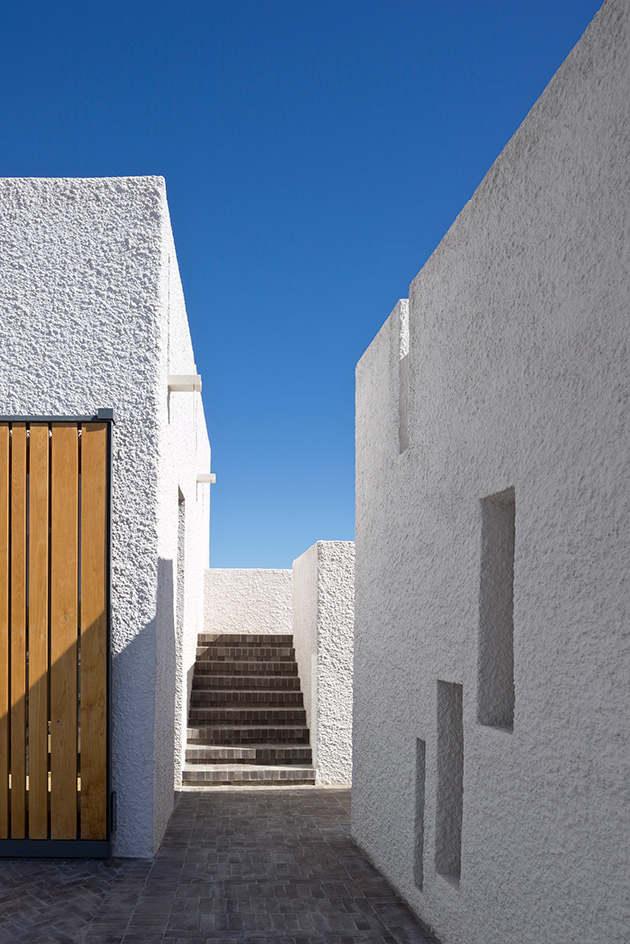 The house is designed to work according to passive solar principles. In the light and heat of summer the house can be shuttered, while in winter the large openings act as suncatchers.