The Charley's Gap House in famous' Blixen's famous Karen is a beautiful abstraction of a little Savannah inside a one acre plot. The house, carefully camouflaged by its own façade, an almost bunker response to the street, opens up to the inside into a modular framework that references its own concrete form work. Alberto Morell, himself a seasoned architect and scholar, sort to graduate and qualify privacy and openness as a pivotal theory within the one acre space as a character of spatial integration.

The house is a one form building, a signature of the architect at simplifying the idea of space. The ‘box’ divides the site into graduated sectors, a main public area and a vast back yard that opens up into a pool area and an unfettered horizon experience. 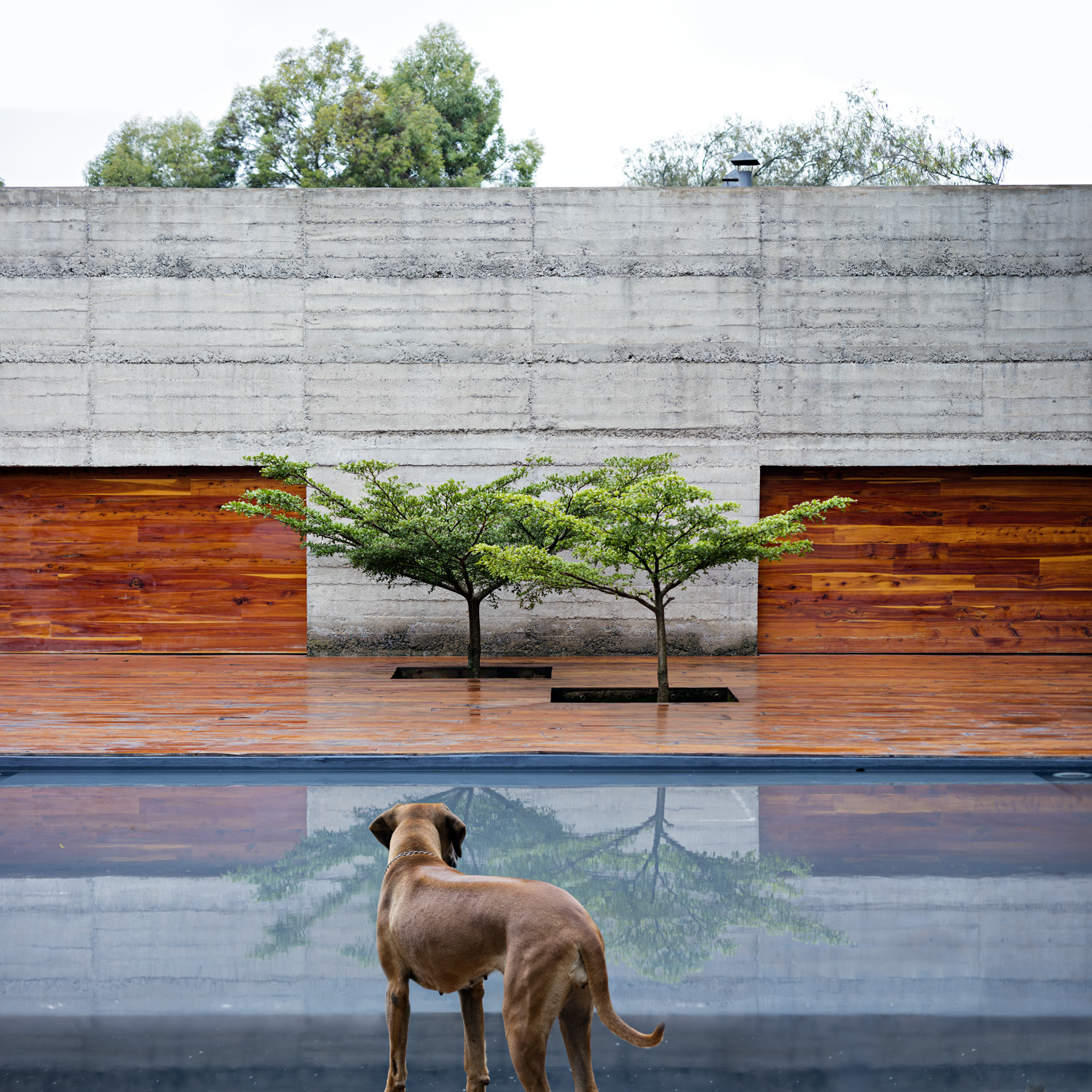 Whilst the contemporary concept, a comprehensively debatable ideology in “contemporary” architecture is profound as an idea within the overall design, it is perhaps the robust integration of the building within the site that saves it from not fitting in – fitting in itself being an even more debatable idea in sub Saharan Africa. 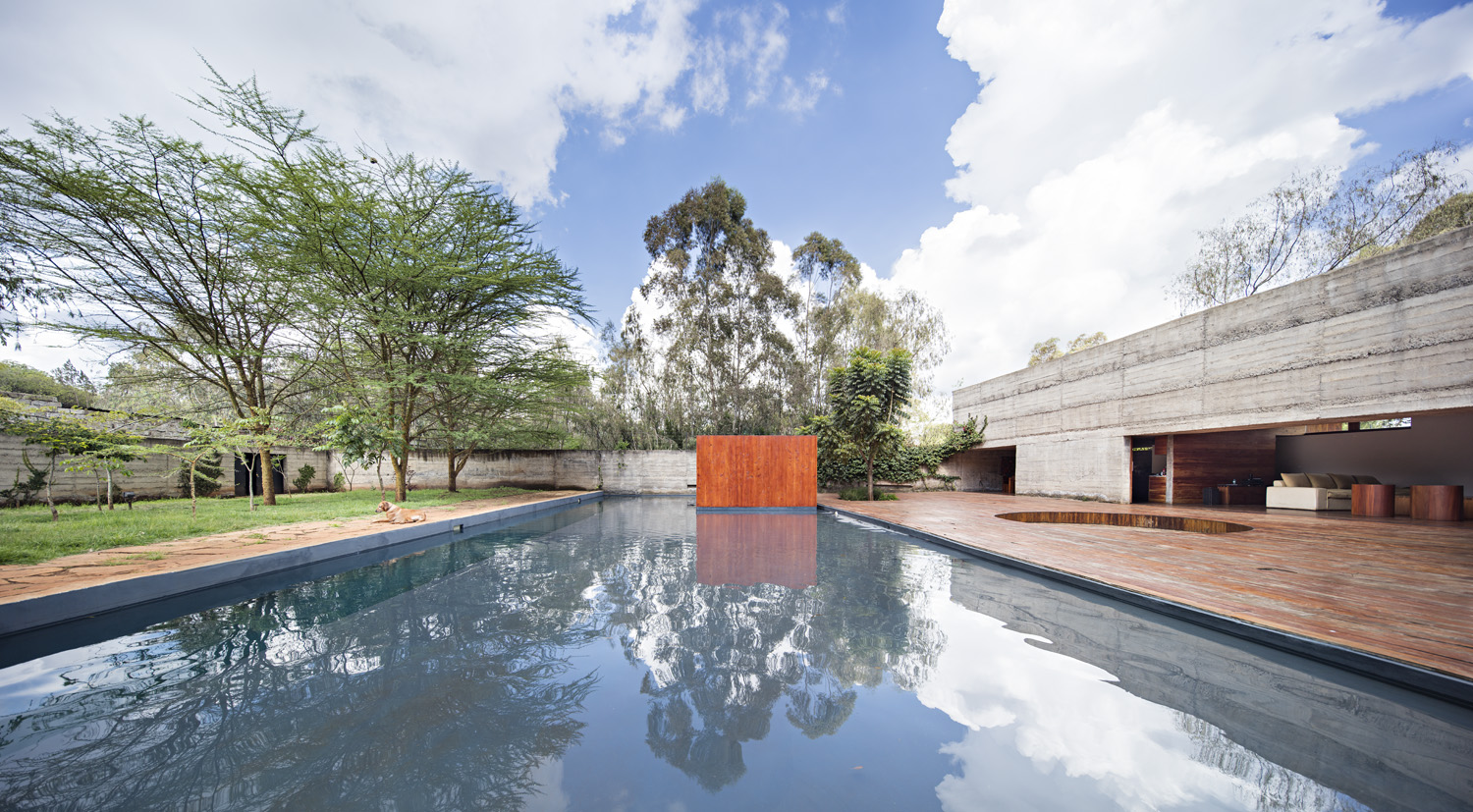 There is an overall feel for material within the house, the stark contrast of the concrete, the white washed walls and timber carefully and almost seamlessly weaving to form the vertical and horizontal elements of the building that ultimately encompass the building’s weather barrier. 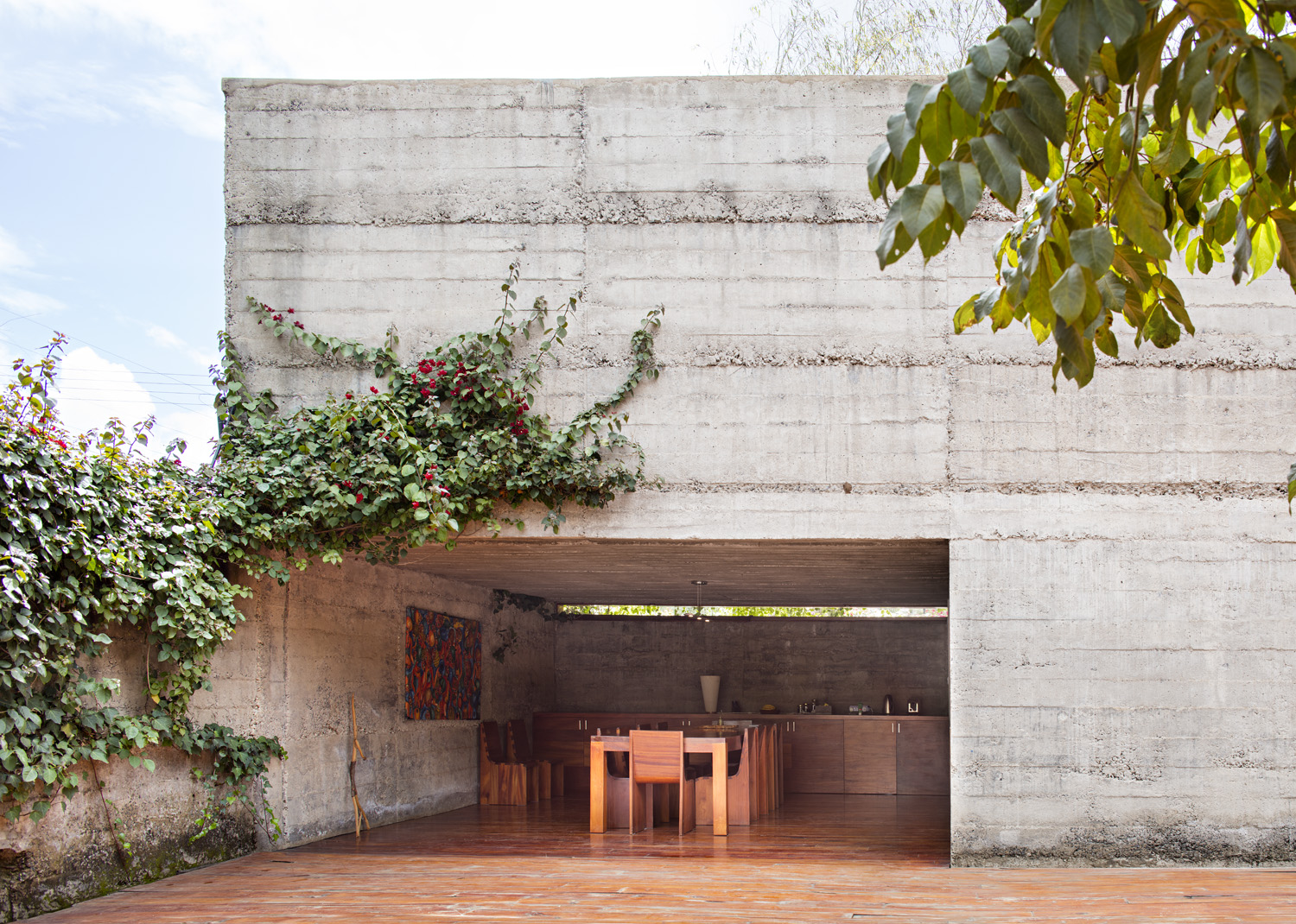 The austere and minimalist façade, only broken by functional windows at the front and completely sliding doors that open up the house and transforms its form almost entirely sees an adroit way of dealing with the static and dynamic character of architecture and exposes the building to alternative looks and feel at any given time, mostly determined by the user’s mood and feeling. 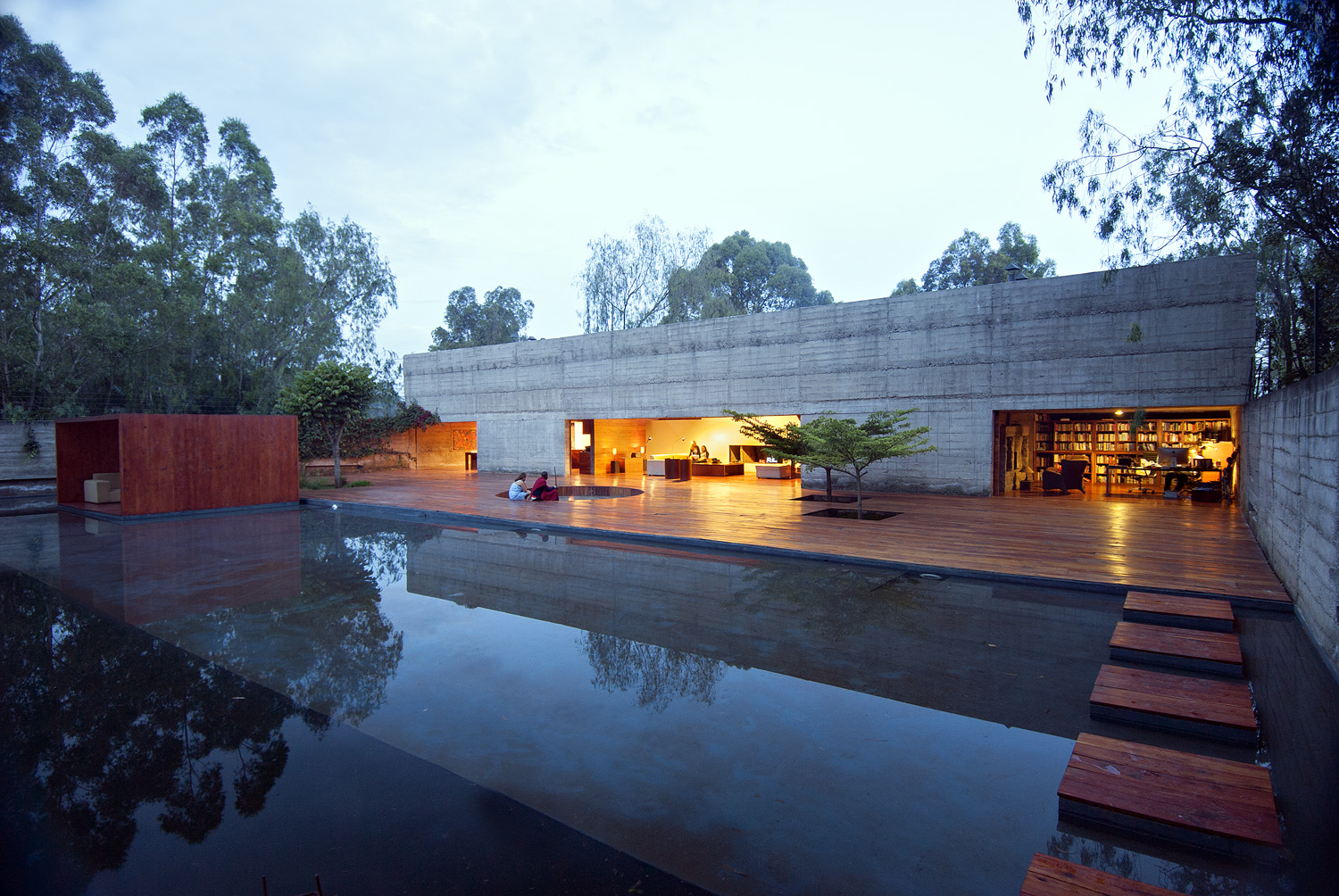 Alberto Morell was astute in his minimalist quest, and this can be seen within the house, and ultimately he culminates into what began here as a divine construct inside a traditionally expansive site within Nairobi. 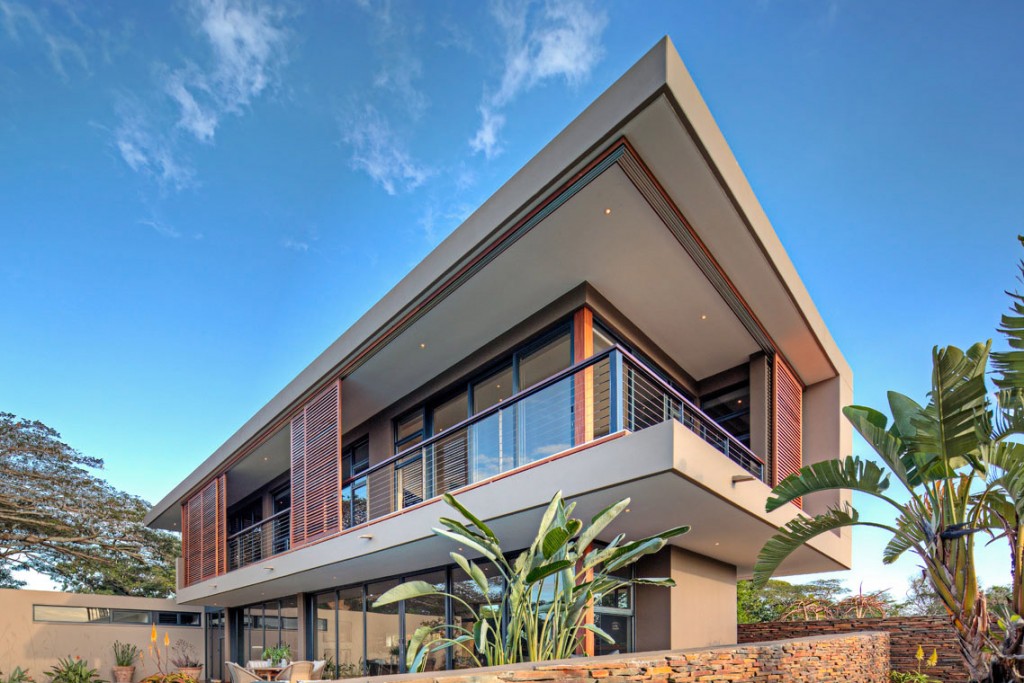