Cities are living organisms- without the right cultivation, they wither and die. Architecture has the power to stitch individuals into a community and energize forgotten corners of our urban fabric. Nike football in conjunction with RUFproject and MMA architects have designed and built an architectural solution to the urban problem present in Soweto, and has shown its potential as a tool for encouraging the act of community.

From the Architects
Situated in the heart of Soweto, the Football Training Centre is the centre of football in South Africa, where 1200 teams and 20,000 footballers play each year. In less than 6 months, the facility was transformed into a state of the art football training centre - the first of its kind in Africa, and the rest of the world. 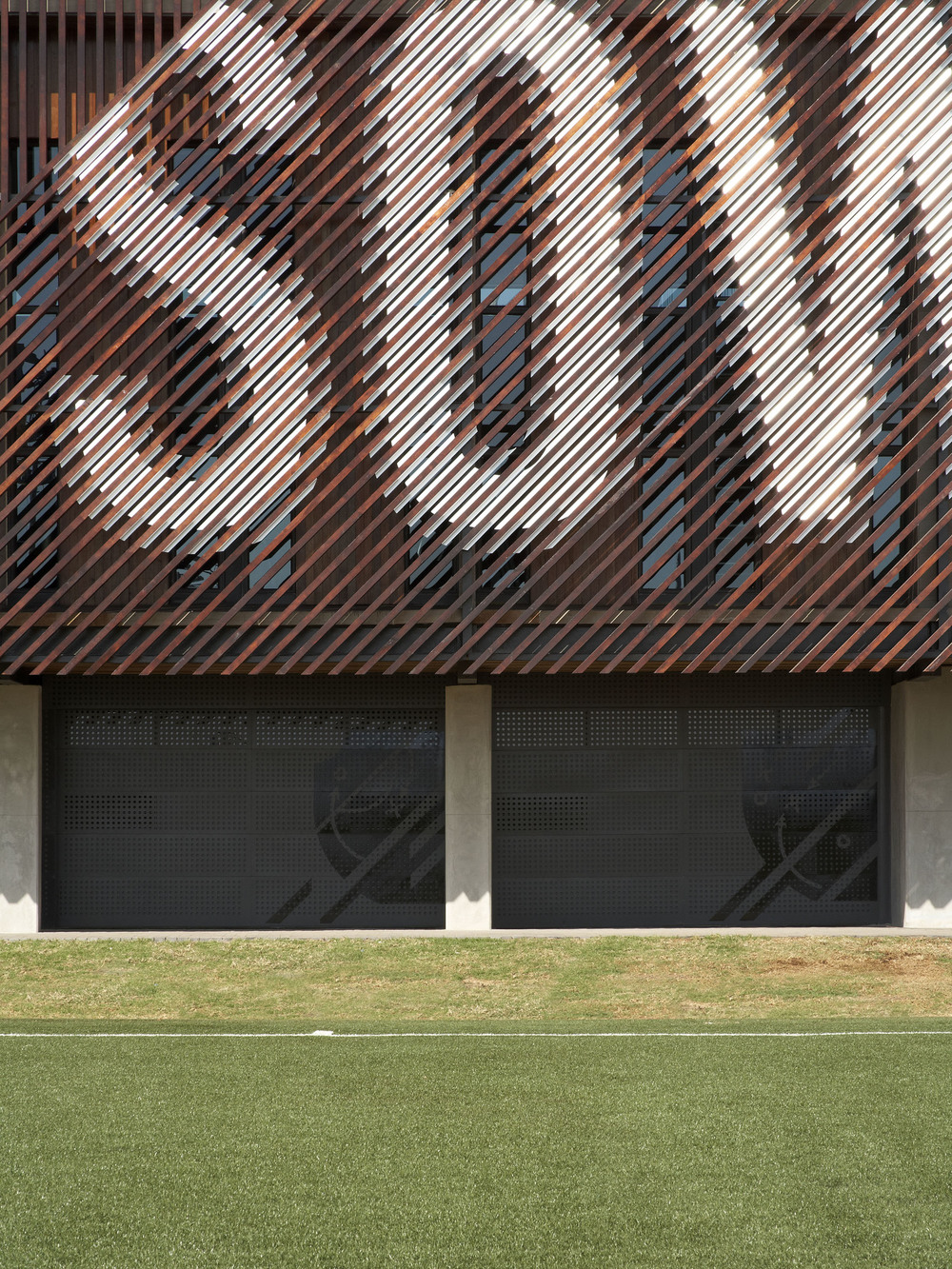 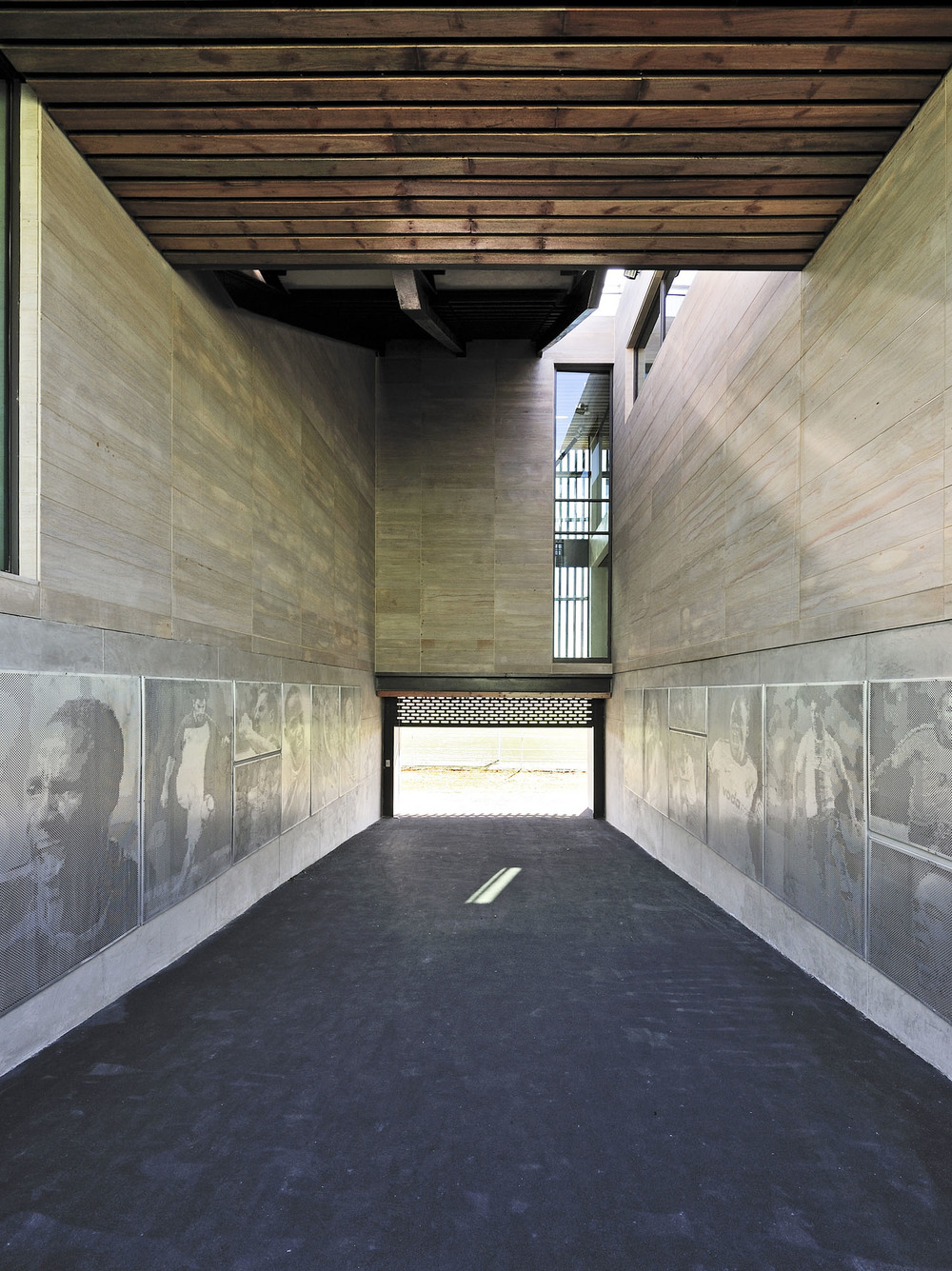 The concept was to create a clear but intricately woven relationship of spaces, linking the programmes of facility through visual connections created by cuts in the solid mass of the rectangular structure. Each room has views to and from other areas of the building which creates an intricate and selective transparency between functions. The facility has been design from the outset for and around the player, supporting the various aspects of their day. Everything has been considered to make the facility flow and remain open, and at the same time manage the reality of creating a secure and safe place to play football. The gym, product trial and catering functions have operable facades, opening them up to the field directly to the fields, and a player’s tunnel bisects the main building creating a direct connection from the change rooms with the field for the players. 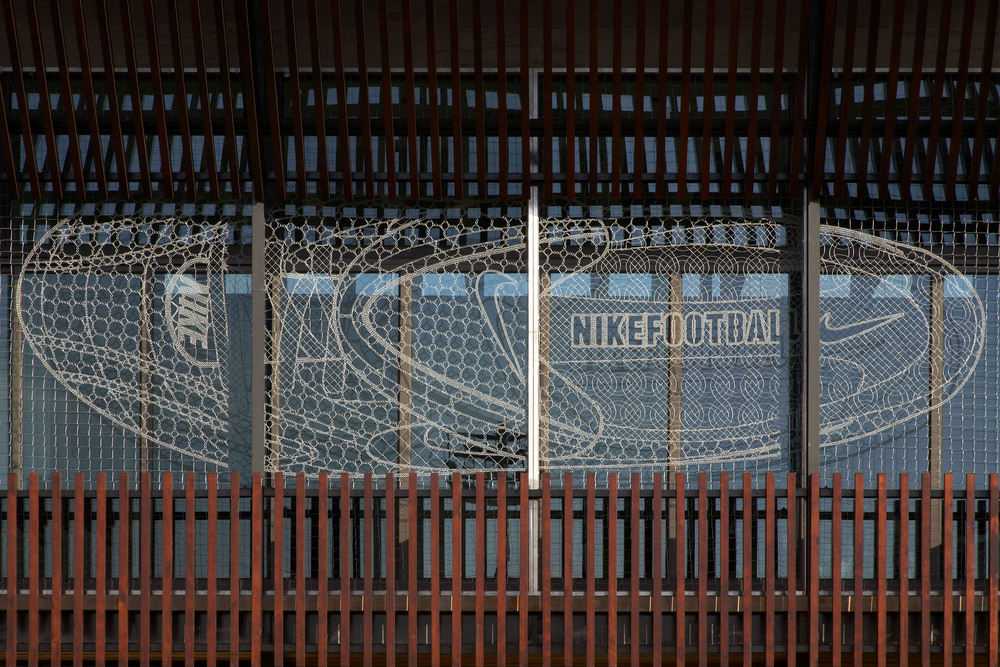 The facade is clad in a local sandstone, and wrapped with a local timber louvre structure to mitigate the solar heat gain to the west, north and east facades. Cantilevering over the pitches, the overhang provides shade before and after the game. The south facade has it’s sandstone exposed and houses a growing list of players who distinguish themselves on and off the pitch - their names permanently apart of the building and its future. The intent of the project was to provide a lasting home for football in the dynamic neighbourhood of Soweto would continue on past the world cup.