‘The space is intended as a memorial where visitors can relax in the shade and reflect upon those who lost their lives in the revolts,’ says the design team ‘the reflection pool also serves as a passive cooling system for the interior.’

At the 2016 Venice Biennale, Francis Kere unveiled, as part of the exhibition “in search of a new Ouagadougou” the schemes for the design of the Burkina Faso National Assembly. In the transformative time for Burkina Faso, the scheme can be summed as tackling the fundamental question of “How do we move forward”. It consequently not only seeks to address the democratic values of transparency, openness and equality but also intends to become a catalyst for growth and development in the country capital city of Ouagadougou.

Burkina Faso in Brief
Burkina Faso is home to 19 million people with over 50 different ethnicities who speak more than 60 languages. Established as a French colony in 1919, Upper Volta achieved independence from France in 1960 and was renamed Burkina Faso in 1984. After 31 years of dictatorial rule, the people of Burkina Faso ousted their former president following a violent revolt in 2014. In protest of the old regime, the former national assembly was attacked and destroyed. ‘The conflict is significant because it poses an opportunity to reflect on the turbulent historic events that have led the nation to this crossroads,’ says Kéré Architecture.

The Architecture
Rather than replicating a western building typology, Kéré’s design of the national assembly looks to the region’s traditional practices and rituals. located in a private garden, a great tree forms a centerpiece of the scheme, recalling how, in rural areas, village elders gather to discuss important matters under the leafy shade.

To foster a true spirit of transparency and openness, the outer façade of the parliamentary structure is designed to be inhabited by the public. the stepped pyramidal structure becomes a monument that citizens can climb, offering unexpected views across the otherwise flat terrain. As farming is crucial to Burkina Faso’s survival and prosperity, the building hosts several green terraces that offer new methods of agriculture to the general public. The façade also acts as solar shading, allowing air to freely circulate internally.

The new parliament sits on the site of the previously destroyed building, which, as part of the masterplan, is transformed into a ‘shaded depression in the earth’ where rain water is collected and used for on-site irrigation.

‘The space is intended as a memorial where visitors can relax in the shade and reflect upon those who lost their lives in the revolts,’ says the design team ‘the reflection pool also serves as a passive cooling system for the interior.’

A plaza surrounds the memorial, where a grove of local trees will provide further shaded areas. commercial storefronts and galleries are also included as part of the plan. 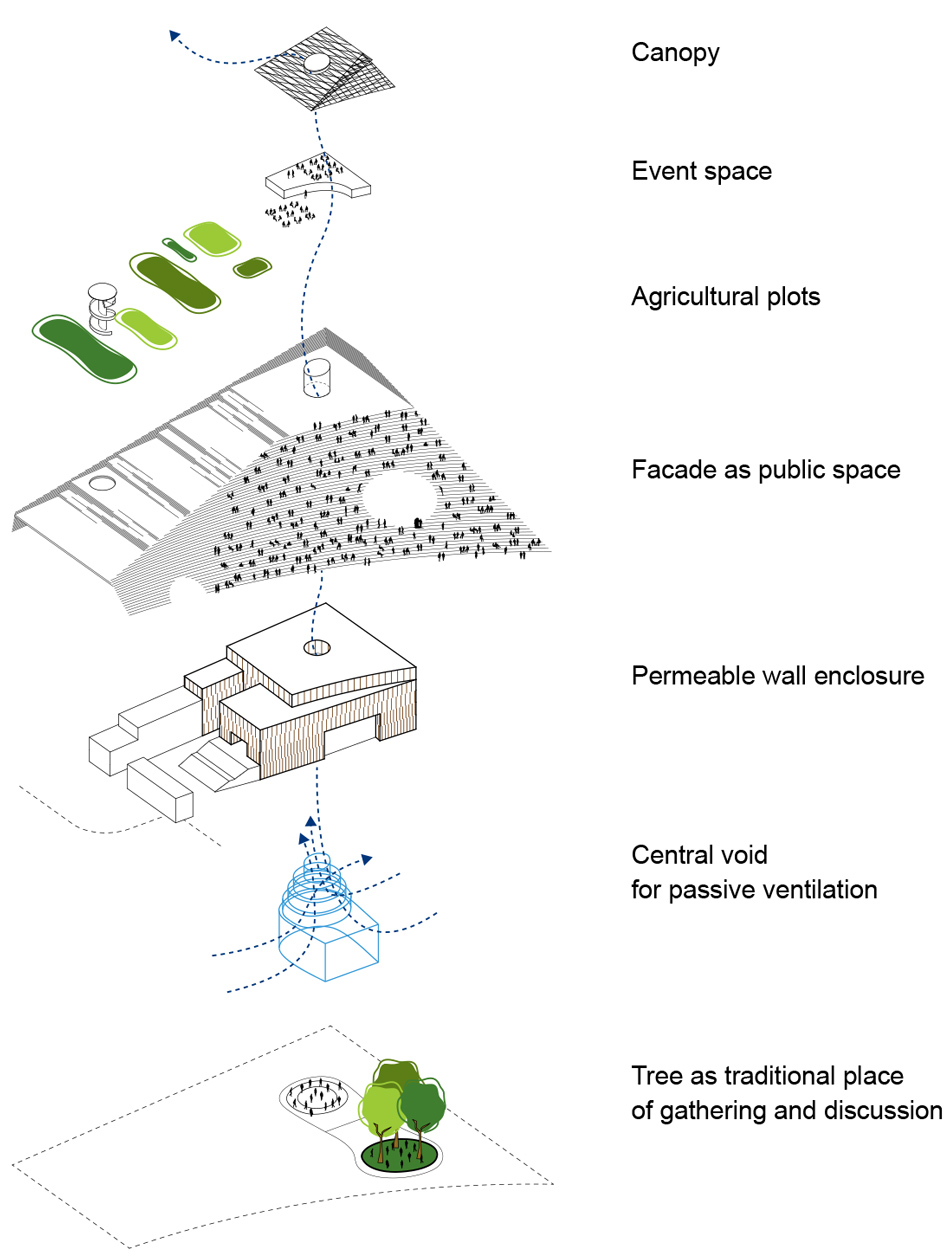 This is an endeavour that does not shy away from social intricasies of architecture, it does not pretend to be solving problems at a superficial construction level. It is one that not only seeks to be all inclusive in a developing african society, the literal "upright man" society and it does that all the way up the pyramidal scope of the climb the top...unapologetically. 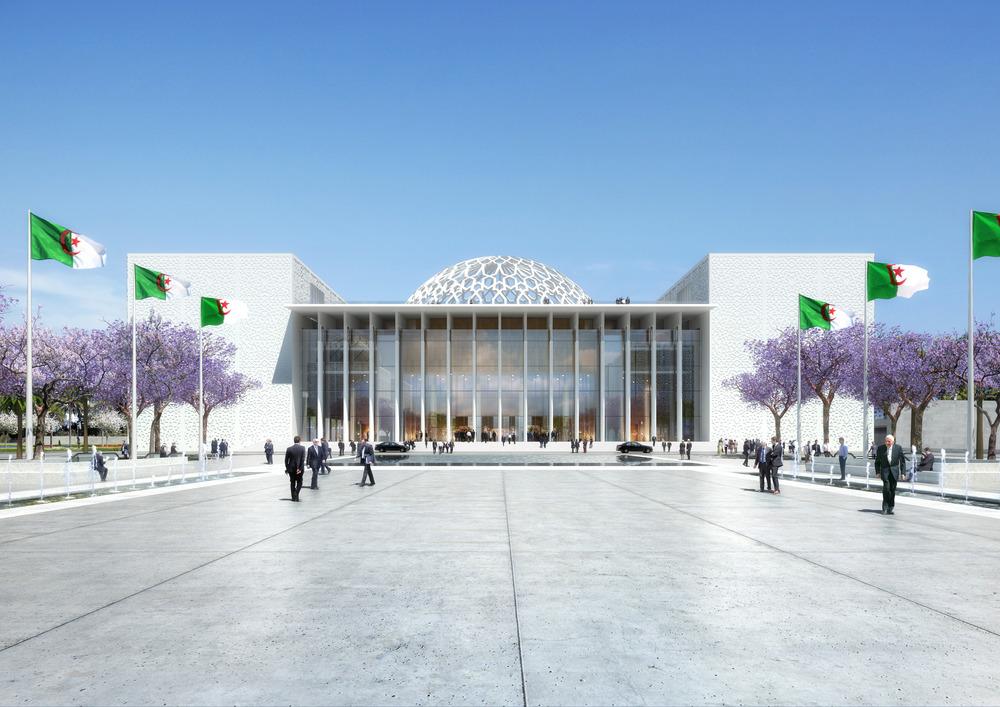